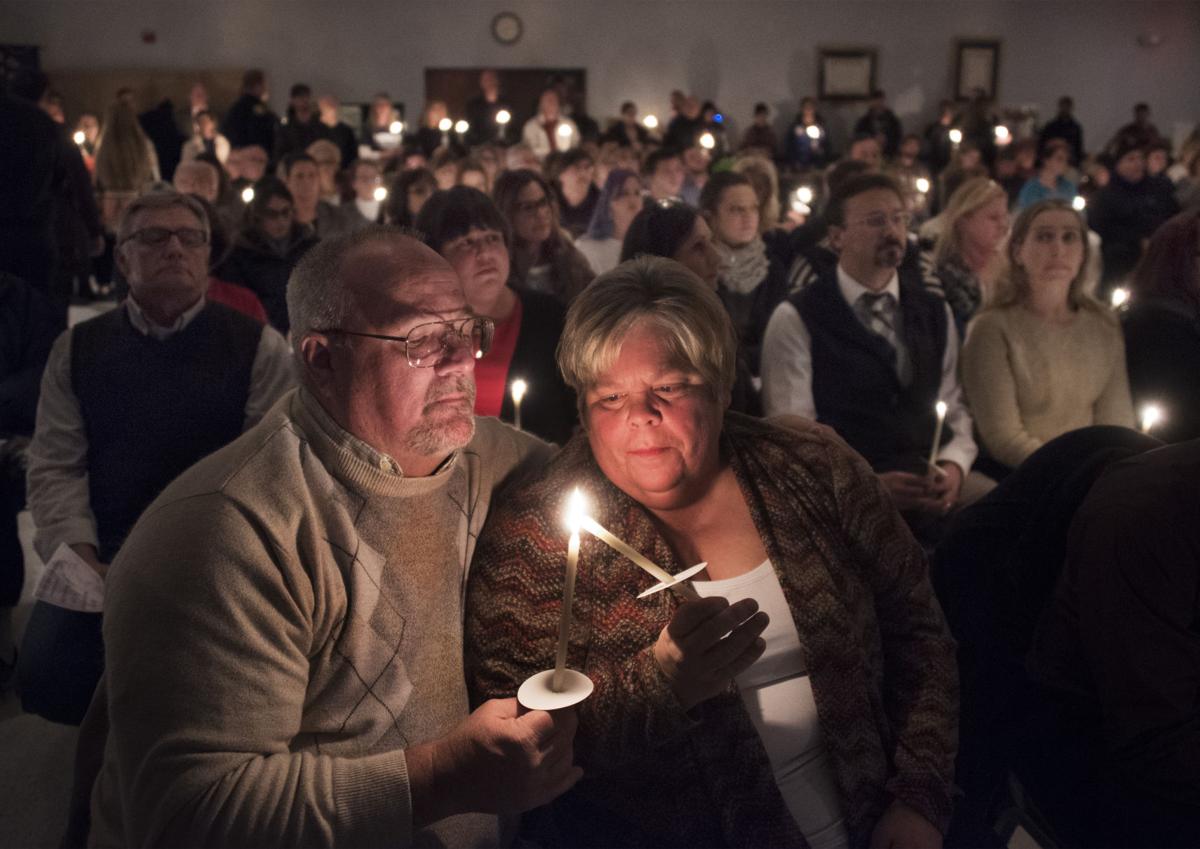 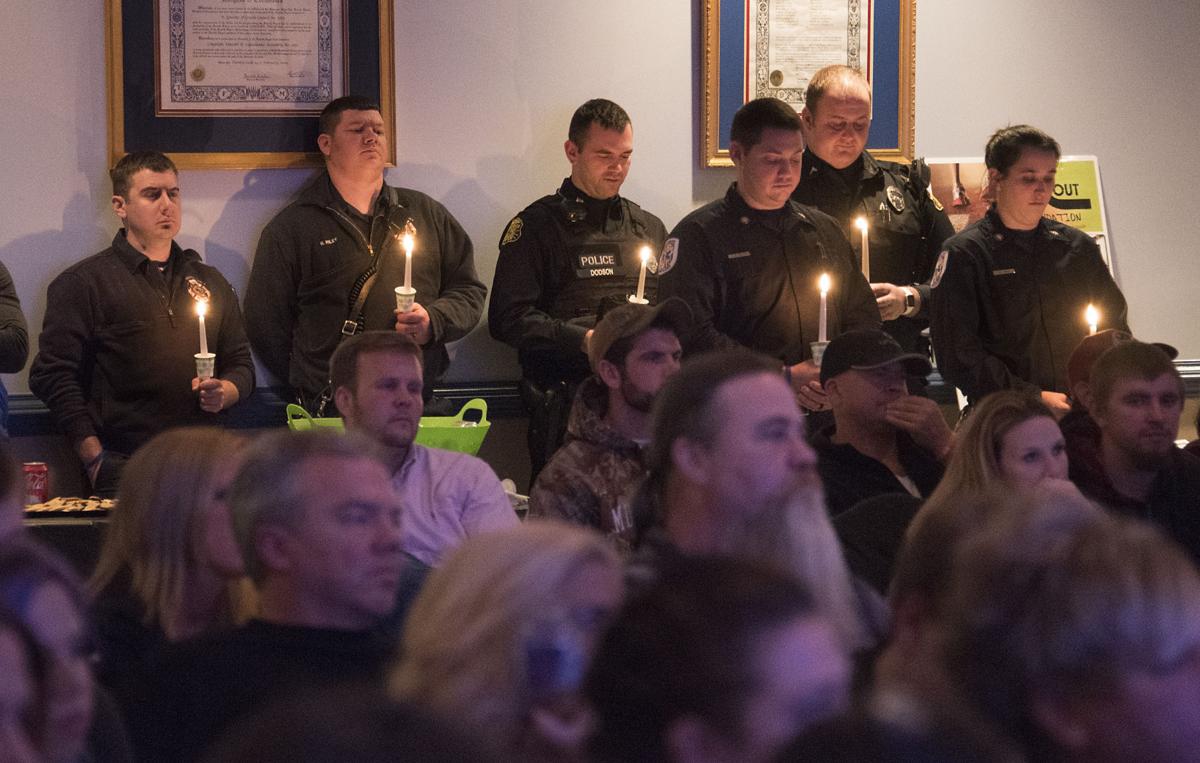 In the throes of his addiction, Mike Greenberg, a recovering heroin addict, spent years running from the police.

But at the end of “In This Together,” a drug overdose and prevention vigil hosted by the Frederick County State’s Attorney’s Office, he expressed nothing but gratitude for the uniformed officers standing less than 5 feet away.

“At the time of my addiction, I thought they were the enemy,” said Greenberg, who now works as a fundraising and events specialist for the Frederick Rescue Mission. “But they just want to eradicate the issue of it. So, to see them here, and see on their faces how much they care, that really means a lot to me.”

Uniting the community over addiction was one of State’s Attorney Charlie Smith’s main objectives for the vigil, which was held in December at St. Ignatius Roman Catholic Church in Ijamsville.

Smith has firsthand experience with the issue — he lost his sister to heroin-related complications in the 1970s. His staff receives multiple reports of heroin-related deaths every week.

While his office has tried to take the lead in prevention efforts, Smith said, there have been roadblocks. His staff coordinates with the Frederick County Sheriff’s Office to hold regular education events, but those are sparsely attended. Many addicts and their relatives are afraid of speaking out because of the stigma surrounding addiction.

“We needed to give people the opportunity to grieve together,” Smith said. “That’s the education piece that’s really been missing.”

The human toll of drug addiction was impossible to ignore at the December event, which featured a rotating slideshow with photos of local residents who died from overdoses. There were presentations by government agencies, including the Frederick County Health Department and Sheriff’s Office, but the most stirring speeches came from community members who lost loved ones to addiction or struggled with the disease themselves.

“It’s never just one person going through an addiction,” said Karen Schildt, who lost her son Chris to an overdose on June 30, 2016. “It becomes a family addiction.”

“Even at eight years sober, I still chase recovery like I used to chase the drugs,” added Korey Shorb, a recovering addict who now works as a liaison between the Health Department and the Frederick County drug treatment court. “There’s physical sobriety and there’s emotional sobriety, and that’s something I had to learn.”

While the vigil addressed drug abuse in general, much of the focus was on the current heroin crisis in Frederick County, which was starkly addressed in statistics from the sheriff’s office.

Officers are now taking five times as much heroin off the streets as they were two years ago, Sheriff Chuck Jenkins said in a speech at the event. In 2012, when the department began keeping statistics on the crisis, there were 21 recorded overdoses in Frederick County, including six fatalities. In 2016, there were 403 overdoses, including 51 fatalities.

“We can’t arrest our way out of this,” Jenkins said. “The answer is public awareness, and it starts here, tonight.”

For many at the vigil, part of that awareness comes from acknowledging heroin addiction for what it is — not a fatal weakness, but a serious, curable disease.

“My son did not want to be an addict,” said Monica Schulze, whose son, Roman, died of an overdose on July 27, 2016. “He was a father, and a great son, and a wonderful person. So many seem to think that people have a choice, but they don’t realize it’s a disease.”

“This is the only way that people are going to realize addiction is not the end,” added Michael Shilling, a recovering alcoholic and cocaine addict who was celebrating 27 months clean. “I think it’s wonderful that the government is trying to reach out. This is totally new.”

A three-part look at opioids in Frederick County.