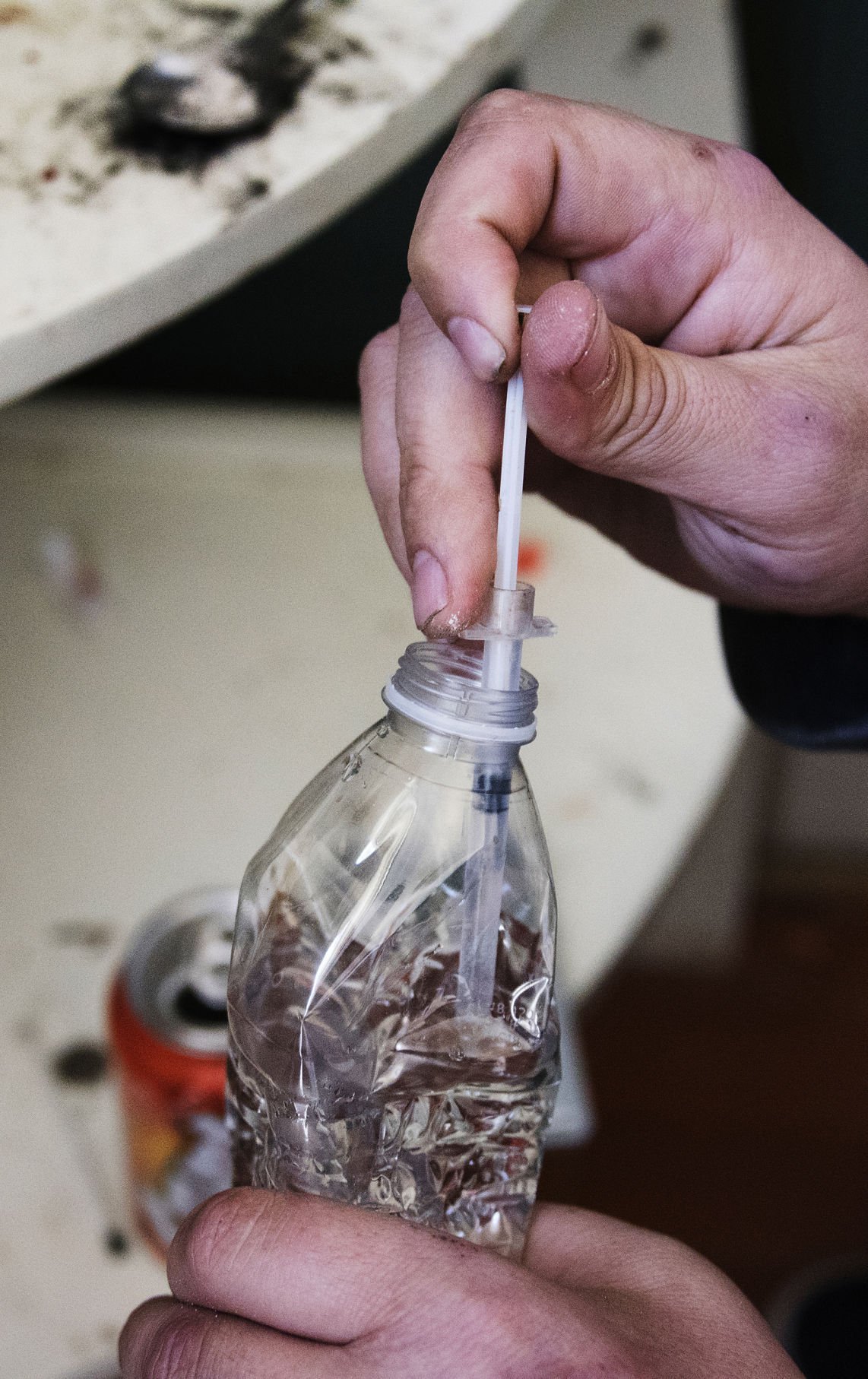 A heroin user fills a hypodermic needle with water while preparing a dose of heroin for injection recently. 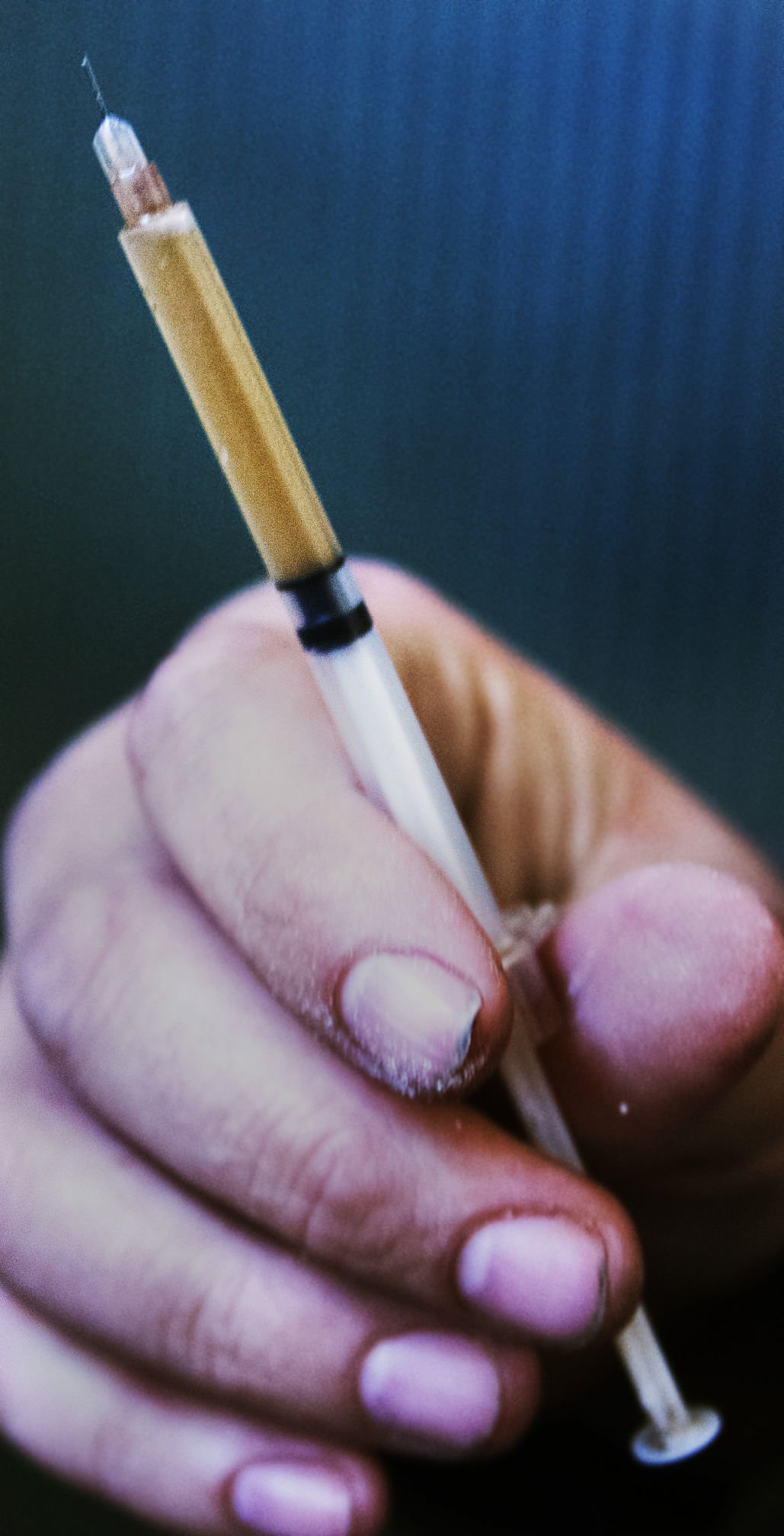 A heroin user fills a hypodermic needle with water while preparing a dose of heroin for injection recently.

The Behavioral Health Services division of the Frederick County Health Department has been awarded nearly $23,000 in grant funding from the Maryland Department of Health and Mental Hygiene (DHMH) to launch a feasibility study for a syringe service program — commonly called needle exchange, said Andrea Walker, the director of mental health services.

The Behavioral Health Services division is technically a unit of state government and considered a part of the Maryland DHMH, said Dr. Barbara Brookmyer, the health officer for Frederick County.

Syringe service programs had previously been restricted to Baltimore and Prince George’s County, but a 2016 bill passed by the Maryland General Assembly allowed counties across the state to establish them.

The programs are an example of what Walker called “harm reduction,” or attempting to prevent some of the negative side effects of drug addiction. Injecting heroin can lead to high rates of HIV and hepatitis, and the intent of the programs are to provide users with clean needles and remove used syringes from circulation.

“We know that addicted people will continue to use until they’re ready to get treatment, so this can at least reduce the risk of drug use and the potential for disease transmission,” Walker said. It’s also a way to link addicts with drug treatment services and other benefits, she added, including testing for HIV and other diseases linked to intravenous drug use.

Since the start of Baltimore’s needle exchange program, the percentage of new infections linked to syringes decreased from 62 percent in 1994 to 12 percent in 2011, according to information in the General Assembly bill.

“It’s another way to build relationships with addicted members of the community and reach out to them where they are,” Walker said.

The division is in the initial stage of the feasibility study, which involves reaching out to the community and stakeholder groups to find out if there would be support for a needle exchange program within the county, Brookmyer said.

In addition to reaching out to interested groups — including Frederick Memorial Hospital and law enforcement agencies — the division will consider whether to collect better data on local rates of infection. Brookmyer added.

Planners will also identify what referral resources would be available for needle exchange users, if the program was implemented.

"We still need to consider what would need to be in place for the program to be safe, for it to be successful, and for it to be supported by the community at large," Brookmyer said.

Less formalized but still under discussion are plans to introduce local physicians to screening tools that could help them identify patients addicted to opiates and refer them to treatment.

According to Walker, the Health Department launched a similar effort in 2012, when it sent screening tools for anxiety and depression to 77 percent of licensed physicians in Frederick County. Doctors were also provided with a list of resources, which they could use to refer patients to further treatment.

In the next two years, Walker hopes to send out similar resources for opioid addiction. Called Screening, Brief Intervention and Referral to Treatment (SBIRT), the tool kit provides doctors with a brief set of questions used to identify potential substance abuse. It also trains them to provide patients with brief feedback and advice before referring them to specialized treatment.

“You can’t force a medical practice to use these tools, but you can give them the guidelines and training,” Walker said. “It’s a way to possibly identify more people and reduce some of those negative health consequences.”

An earlier version of this story and the headline associated with it incorrectly stated that Frederick County was starting a needle exchange program. The Behavioral Health Services division will use the DHMH grant to fund a feasibility study for a syringe service program.

A three-part look at opioids in Frederick County.

More tax dollars again. Nobody takes responsibly for their own actions.

Although the initial response of many is that a 'needle exchange' encourages drug use the facts support that users will continue to use drugs whether they have clean needles or not. This raises the prevalence of diseases spread by sharing needles and costs millions to the county for treatment of diseases that are not only life threatening but also preventable. I hope the public will consider that perhaps addicts who use this program will come into contact with other services that are offered to help treat their addiction. Programs like this have been available in Europe for many years. The frightening increase in the use of and deaths from drug use in Frederick make it imperative that new approaches are initiated and supported by the public.

How about giving needles to hard working Diabetics who have to scrape up there money to pay for them so they can have them? I have insurance and it doesn't even pay for my needles.Don' forget to give the dopers alcohol wipes and little band aids to put on their arms.

^^this commenter has a point. Diabetes is a crisis too.

I don't believe they make you prove you are an addict to get needles. No reason that a diabetic couldn't also take advantage of this program if you don't have sufficient insurance or funds to get needed supplies.

I think he's as serious as a heartbeat!. And if you don't care then don't comment!

It does make you wonder, doesn't it, lil? Have you considered going to the Health Dept. with your used diabetic needle to see if they would give you a new one? Probably not, but worth a try. Good luck and there are ways to combat diabetes. In one case I know, a person lost weight and exercised, made a huge difference, was pre-diabetic, but not now.

Read more about diabetics Einstein, everyone who is a diabetic isn't fat. But everyone who shoots up Heroin is not my problem and shouldn't be given my tax dollars to get new needles. What's next bring in all the drug addicts and text their illegal drugs for them before you put it into a fresh new needle for them to shoot up? Why not pay a staff of nurses at our expense to shoot them up right. Don't want any mistakes.