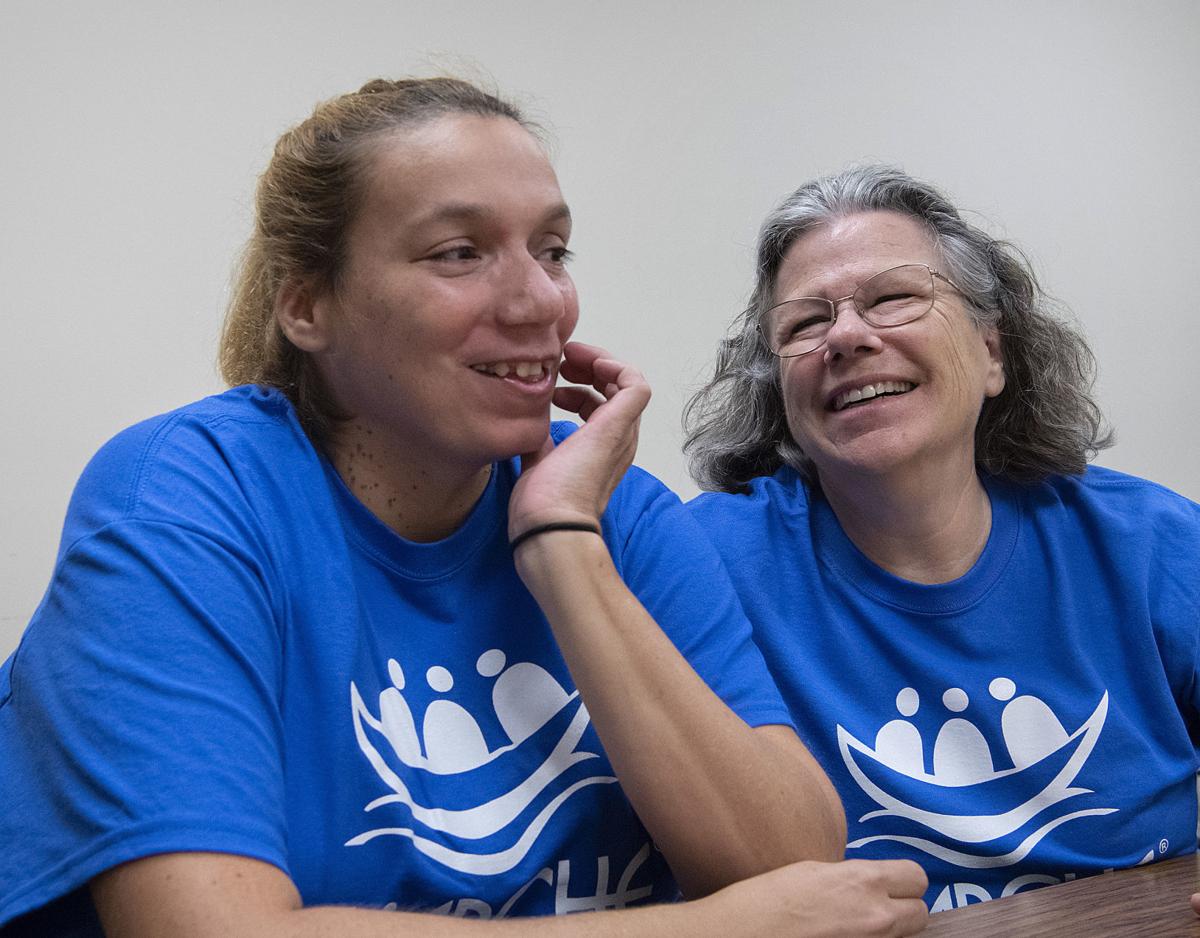 Paola Ripoll’s dream is to move out of her parents’ home.

At 41, she said it was time for some independence. But she does not want to move just anywhere. She hopes to move into a communal home run by the nonprofit L’Arche Frederick.

For L’Arche, being able to provide such a residence will come as the result of about seven years of work, said board President Patricia O’Connor.

The Frederick chapter of L’Arche, French for “the Ark,” is in its sixth year, said O’Connor, who has been around since the beginning. Now the nonprofit has its eyes on accomplishing one of its largest goals: renting a five- or six-bedroom house where people with disabilities, primarily intellectual ones, can live with those who do not.

L’Arche is looking for a house to rent. It hopes it will be able to start the communal residence in the next year, O’Connor said.

L’Arche is one of 32 nonprofits that are part of the 2019 Unity Campaign run by United Way of Frederick County. The campaign began in 2014 to “fill the gaps” in nonprofit funding, building on previous campaigns such as Frederick 48 and The Frederick News-Post’s Season of Hope, according to the United Way’s website. Until 2017, it was hosted through The Community Foundation of Frederick County. The News-Post is an in-kind sponsor of the campaign.

L’Arche stands out from other organizations that provide group housing because of the community it builds in its home, O’Connor said. Core members, or those with disabilities, live side by side with those who do not, called assistants. They become a family, she said.

L’Arche formed in France when Canadian theologian Jean Vanier invited a few men who were living in a neighboring group home to live with him. Then he invited some people with intellectual disabilities and then some who did not. They all lived together as a family, O’Connor said.

The assistants will receive room, board and a salary, O’Connor said. They will take care of the core members who live in the house. But it’s more than a caregiver relationship, she stressed.

Because the assistants live in the house, they are able to develop stronger, deeper relationships with the core members, she said. They also share responsibilities.

The idea of this family is personal for O’Connor, who has a brother with an intellectual disability. The nonprofit is a calling for her. She moved to Frederick for her job.

At the time, she could not point out Frederick County on a map. But then she saw a poster for a group looking to build a L’Arche community. That, she said, must be why events in her life sent her to Frederick. She has been with the group since she moved.

It is a slow process to build the residential community, she said, something L’Arche knew. In the meantime, the nonprofit works to create a strong community in the county. They hold monthly social activities, as well as an annual variety show.

Ripoll attends the monthly events, including the dances, she said. Her friends are there. The first group to live in the houses will need funding from the Department of Social Services, O’Connor said.

Ripoll said she wants to move into the house.

How to donate to the Unity Campaign

To donate to a nonprofit, people can donate online at unityfrederick.com, send a check to United Way of Frederick County, 629 N. Market St., Frederick, MD 21701, with the specific nonprofit in the memo, or text 71777 with a specific code for the nonprofit. Codes can be found on the website.

To donate to the overall Unity Campaign, people can text UnityFrederick.

As of Wednesday, L'Arche surpassed its initial donation goal.

Code for those who wish to donate by text: UnityFrederick44

The best way to describe Amanda Holk’s role in the months leading up to the United Way of Frederick County’s largest fundraising effort is shepherd.