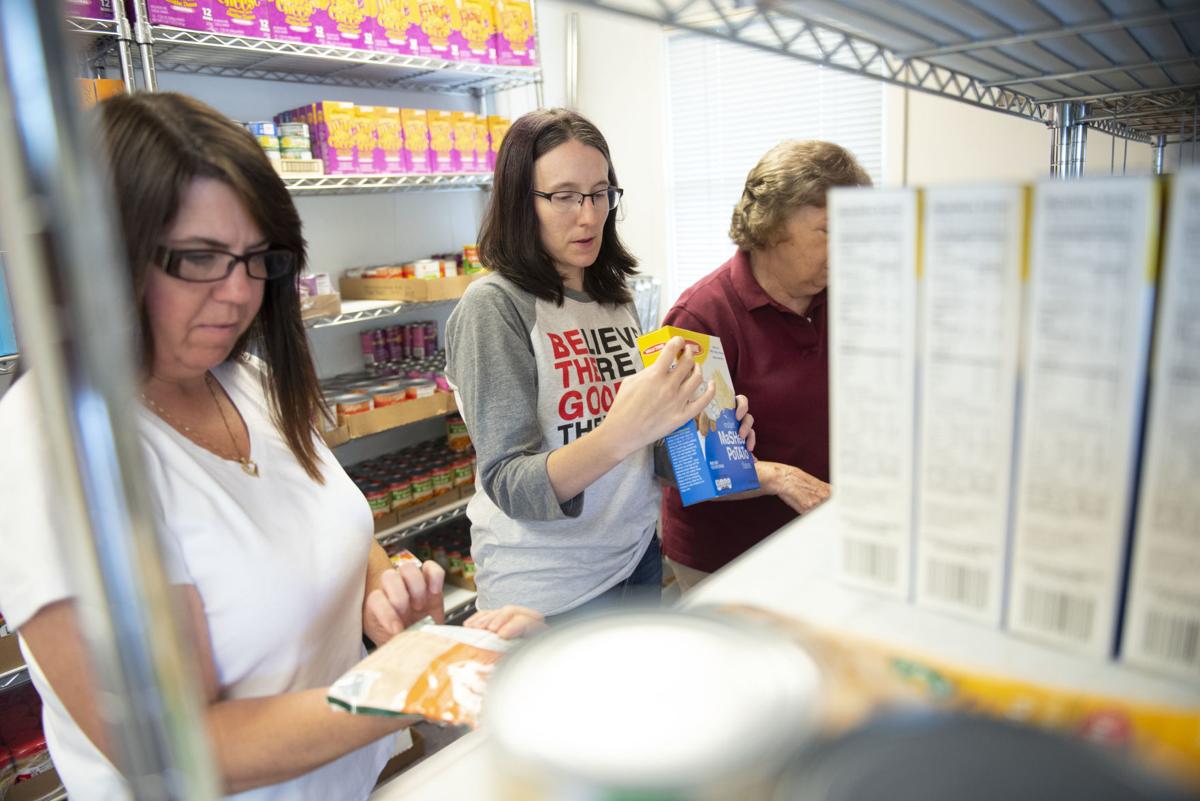 From left, Angel White, the Rev. Katie Bishop and Terry Smith organize packages at the Brunswick Food Bank, which is in the City Annex building on East Potomac Street. 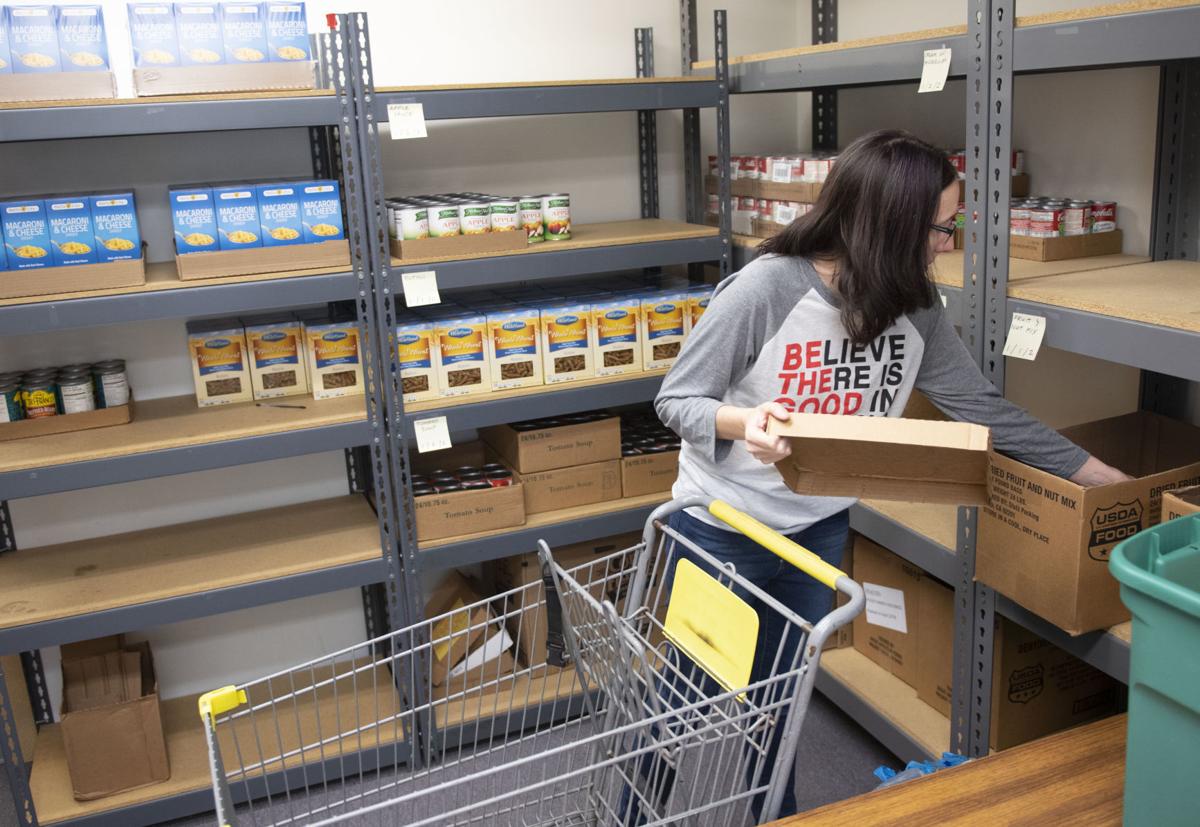 The Rev. Katie Bishop surveys what’s left of a month’s supply of food provided by the state government at the Brunswick Food Bank. 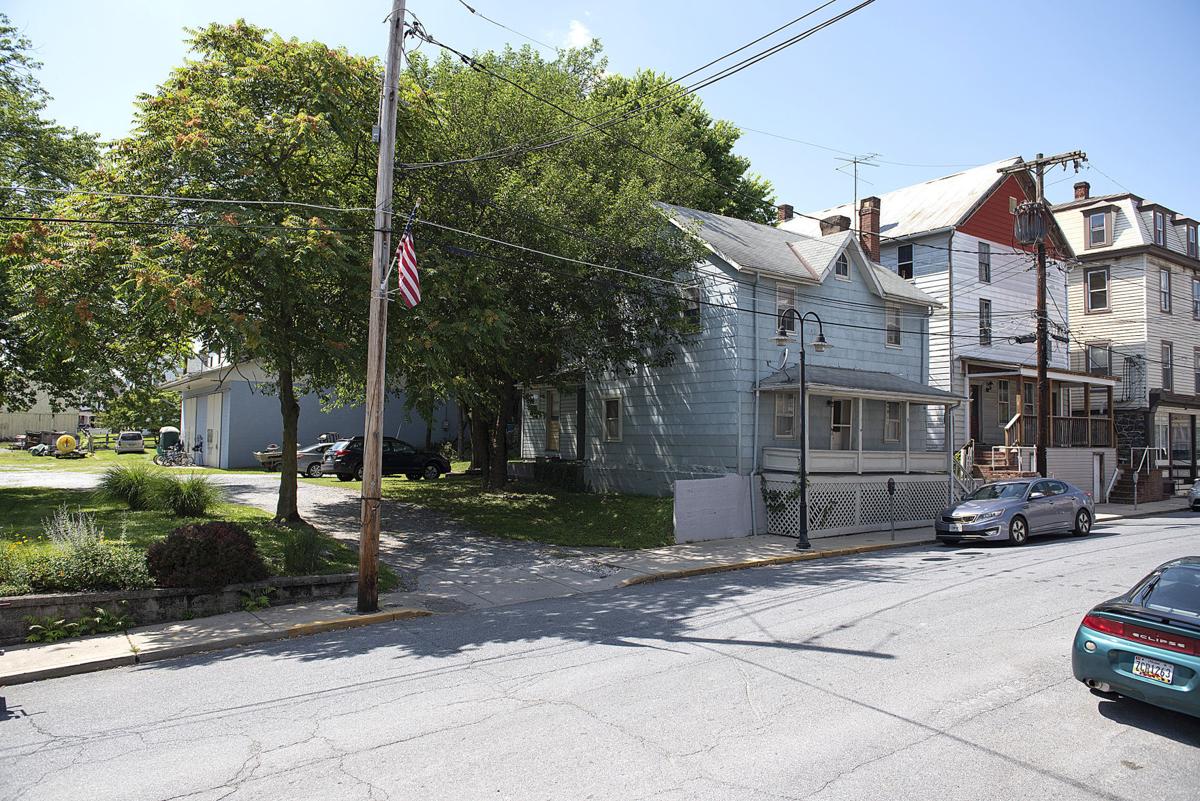 The site of the proposed Railroad Square affordable housing development on South Maple Avenue in Brunswick.

From left, Angel White, the Rev. Katie Bishop and Terry Smith organize packages at the Brunswick Food Bank, which is in the City Annex building on East Potomac Street.

The Rev. Katie Bishop surveys what’s left of a month’s supply of food provided by the state government at the Brunswick Food Bank.

The site of the proposed Railroad Square affordable housing development on South Maple Avenue in Brunswick.

One thing Bruce Zavos wants people to know about workforce, or affordable, housing — it’s not what they think.

Zavos, chairman of the Frederick County Affordable Housing Council, said that communities often have the same resistance toward affordable housing complexes. But the housing is not Section 8 housing, as many believe, Zavos said.

It’s income-qualifying housing, meaning it targets households that make between $30,000 and $70,000 per year for a family of four, he said.

“And then over time, when you start educating people about the reality of the project, [we’re not necessarily] going to win over everybody, but people get a better understanding that it can be their neighbors,” Zavos said. “It can be people just like them. It’s not the others coming to take over their community.”

And in Brunswick, where more than half of family households fall under the Asset Limited, Income Constrained, Employed (ALICE) line, many of the families would likely qualify for workforce housing.

Zavos is trying to address that need. His firm, Zavos Architecture and Design, is the architect for a proposed 51-unit affordable housing complex in Brunswick known as Railroad Square.

The ALICE line looks at what it would cost to afford life’s necessities. In Frederick County, to meet those needs, a single person needs to make $35,316 per year, or $17.66 an hour. If that adult had a child, they would need to make $51,852.

For a family with two incomes and two children, the family needs $84,036, according to the most recent United Way report.

Brunswick Councilman Andrew St. John said he was not familiar with the recently released ALICE report, but he was not surprised to hear how many households fell under the line.

Projects that aim to bring affordable housing to the area, such as the up-in-the-air Railroad Square project, can help fill a gap that exists in Brunswick and the county, Zavos said. Citing the most recent housing survey, Zavos said that approximately 5,700 affordable housing units are needed. About 300 have been built.

“So obviously there’s a significant gap between what is needed and what has been developed so far,” Zavos said.

Zavos said his company is in the education phase, talking to the community about the proposed workforce housing complex. St. John said there were problems with the initial proposal, which is why it was not approved.

“Which is not to say we do not support affordable housing,” he said.

“We are in favor of affordable housing and [moderately priced dwelling units] allowing housing for lower income residents and will encourage developments under the right circumstances,” Snoots said in an email Tuesday.

But beyond potential affordable housing, there are other services in Brunswick that try to help residents. One of those organizations is Building Veterans, which is one of the nonprofits participating in the Unity Campaign, a 12-day annual fundraising effort for 31 nonprofits in Frederick County. The organization, based in Brunswick, helps provide housing for homeless veterans.

All of the veterans helped by Building Veterans would fall under the ALICE line, said Adam Wyatt, the executive director of the program.

While many of the veterans are temporary residents while they stay in one of 17 beds offered by the organization, some do end up moving to Brunswick permanently, Wyatt said.

Brunswick has a history of supporting veterans, Wyatt said, citing the Veterans Day celebrations. And the city has been a good partner, he added.

Also helping Brunswick residents is the Brunswick Food Bank, which is run as a part of the Brunswick Ecumenical Assistance Committee on Needs. While it is in Brunswick, the food bank will also serve families in the surrounding area.

The Rev. Katie Bishop, who manages the food bank, said it serves about 220 households. It wasn’t surprising to hear that a majority of Brunswick residents were unable to afford basic needs, she said.

“Anytime you say a number is shocking. It’s sobering. It’s helpful,” she said.

As with affordable housing, there are misconceptions about the families that use the food bank. A third of the users are senior citizens who are trying to age in place. Another third is made up of working families, she said.

But like Wyatt, Bishop said the city is supportive, something St. John also said.

“Brunswick does a lot to take care of its people,” he said.

For more information about the Unity Campaign and the organizations participating or to donate, visit https://app.mobilecause.com/vf/UnityFrederick.

A statewide report released this past week presented a dire picture for residents across the state: A growing number of income-earning househo…

A much more newsworthy story for the Post to cover would be how Bruce Zavos profits considerably from affordable housing tax credits AND is the head of the Affordable Housing Council that is trying to inundate Frederick County with government-controlled housing projects. I doubt that he is designing these projects pro bono...

So how are you contributing to the shortage of affordable housing in Frederick?

Once again parties involved with Railroad Square try and spin it to say Brunswick is against low income housing. They fail to mention the multitude of inconsistencies and misinformation that has been presented at Council meetings about this project, or consider any other reason a citizen or elected official might oppose it. For one, a property owner from Loudoun County that owns a company that does historic renovations and also owns a tremendous amount of buildings in Brunswick in various states of disrepair (and has continued to let them sit and rot) could stand to make a substantial profit from the deal. We were told first that he would use this money to fix up one or two of his other buildings, but now the developer is saying ‘don’t worry about it we will take care of it.’ (Sure you will- I’m sure you have always followed through on your agreements!) Also worth mentioning is the potential loss of three historic buildings in the center of downtown, a city parking lot, and a public space that is used for many other city and community events. As noted, Mr. Zavos is not only the architect on this project but is also the Chair of Frederick County’s Affordable Housing Council. A conflict of interest? Frederick News Post -how about you do a story about the property owner and the negative impact he has had on Brunswick, or about the real reasons citizens and elected officials oppose the project?