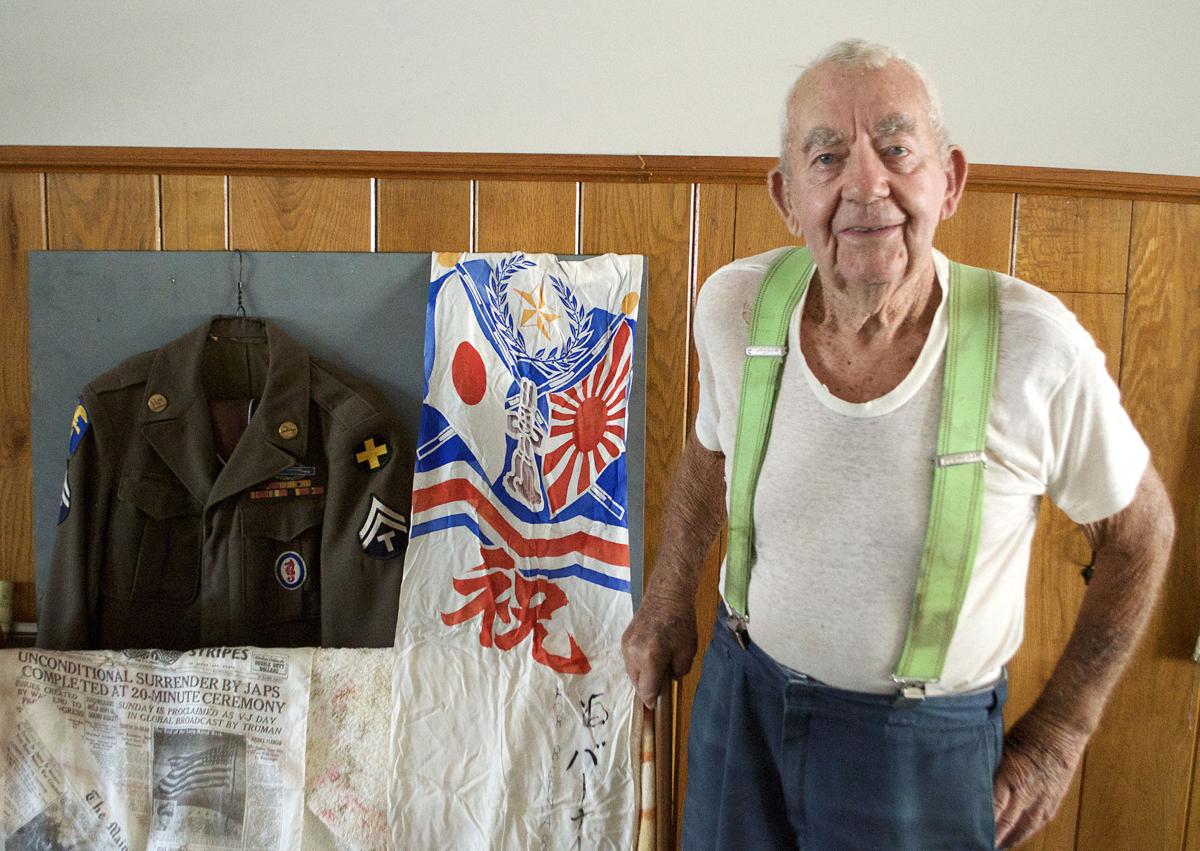 Bernard L. Gaver is shown in September 2017 with some of the World War II memorabilia he keeps in the attic of his Myersville home. 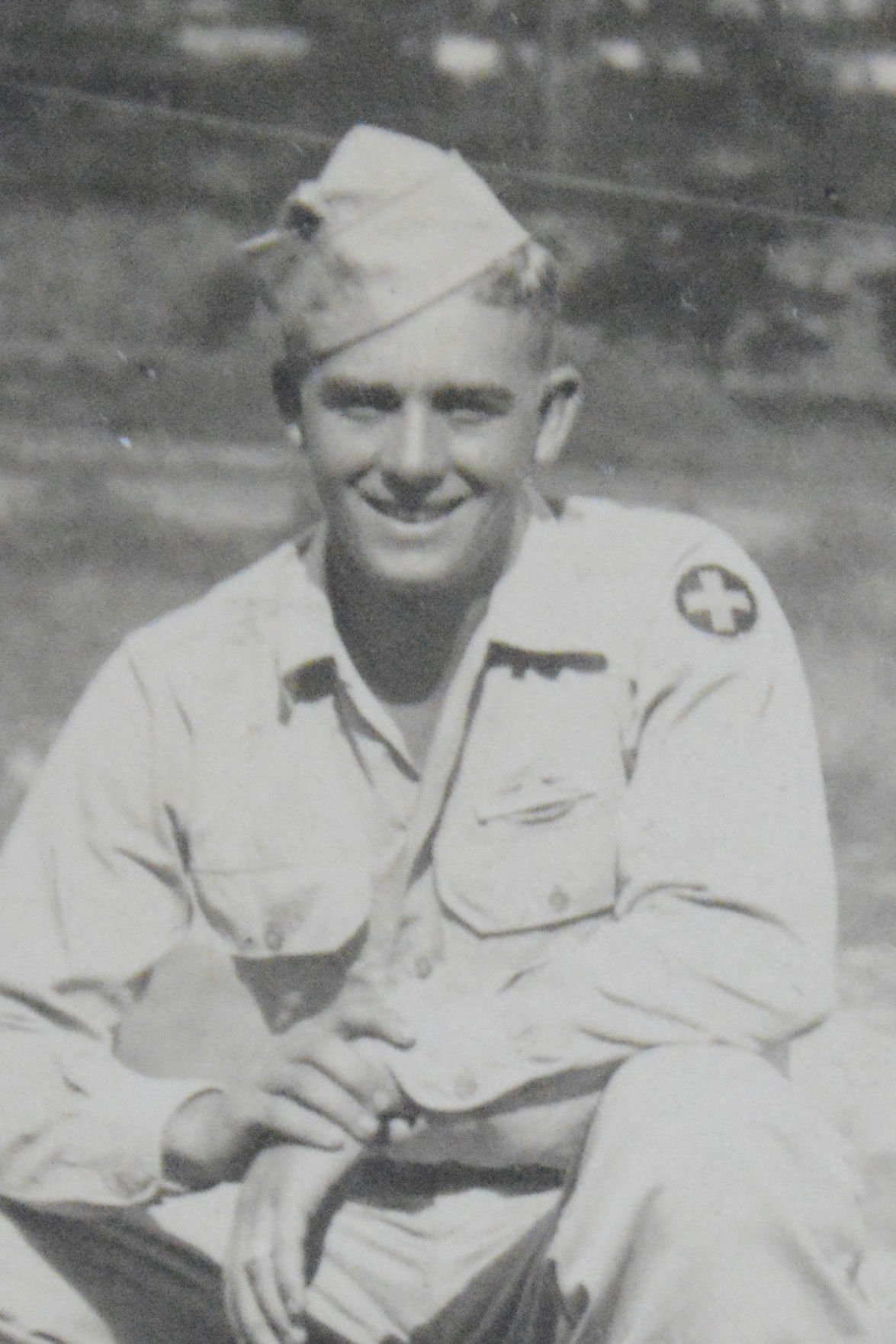 Bernard L. Gaver is shown in September 2017 with some of the World War II memorabilia he keeps in the attic of his Myersville home.

Bernard L. Gaver enlisted in the Army at 18 and was inducted in October 1944.

Post-military career: Worked at a cement plant in Hagerstown for much of his career, with a brief stint as a mail carrier. Gaver also operated the water and sewer plant in Myersville.

He was a young reinforcement near the end of the war who would go on to wear multiple badges from the units he embedded with.

Gaver traveled across the Pacific in the USS Montgomery and wound up in Hollandia Harbor, New Guinea, after 31 days on ship. He and his shipmates were fed only two meals a day, and he was seasick.

From there, Gaver embarked to the Philippines.

He was a rifleman in the Battle of Baguio, when Allied forces liberated the Philippines summer capital city from Japanese occupiers.

Never a big drinker, Gaver nevertheless remembered how soldiers valued their rations of beer when they came back off the front line. To cool beer in the subtropical climate, they put the cans down in gasoline — which was colder than the air — and blew air over it.

“It got pretty cool,” Gaver said. “But you had the taste of gasoline in it.”

He went into Japan as an occupying force after the war was over until his final discharge.

“I was all over Japan from one end to the other,” Gaver said.

Gaver, 91, struggles with his memory now, but maintains a large collection of mementos from his service in the war, including his order to report for induction at Winchester Hall.

“I’m proud of what I was able to do for the country,” Gaver said.