You are the owner of this article.
Edit Article Add New Article
Frederick News-Post Home
Voices of Valor Home
By Town
By Theater
By Service
1 of 4 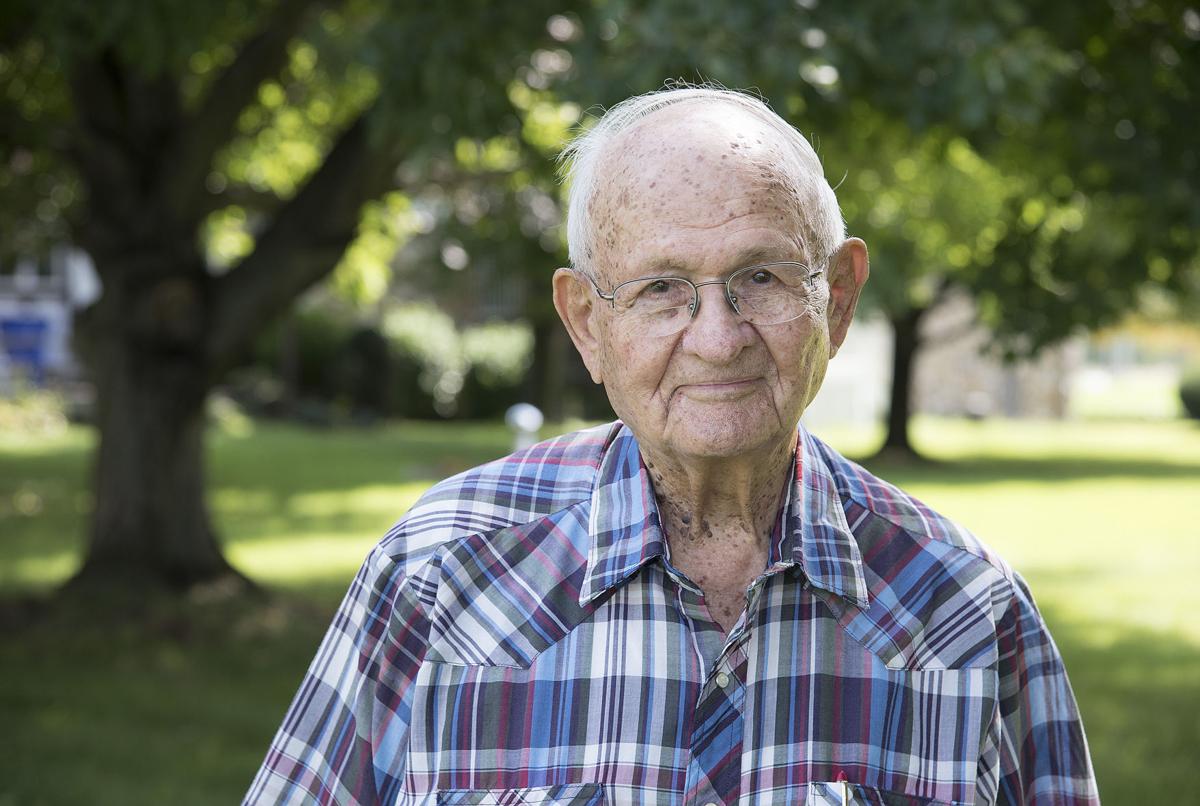 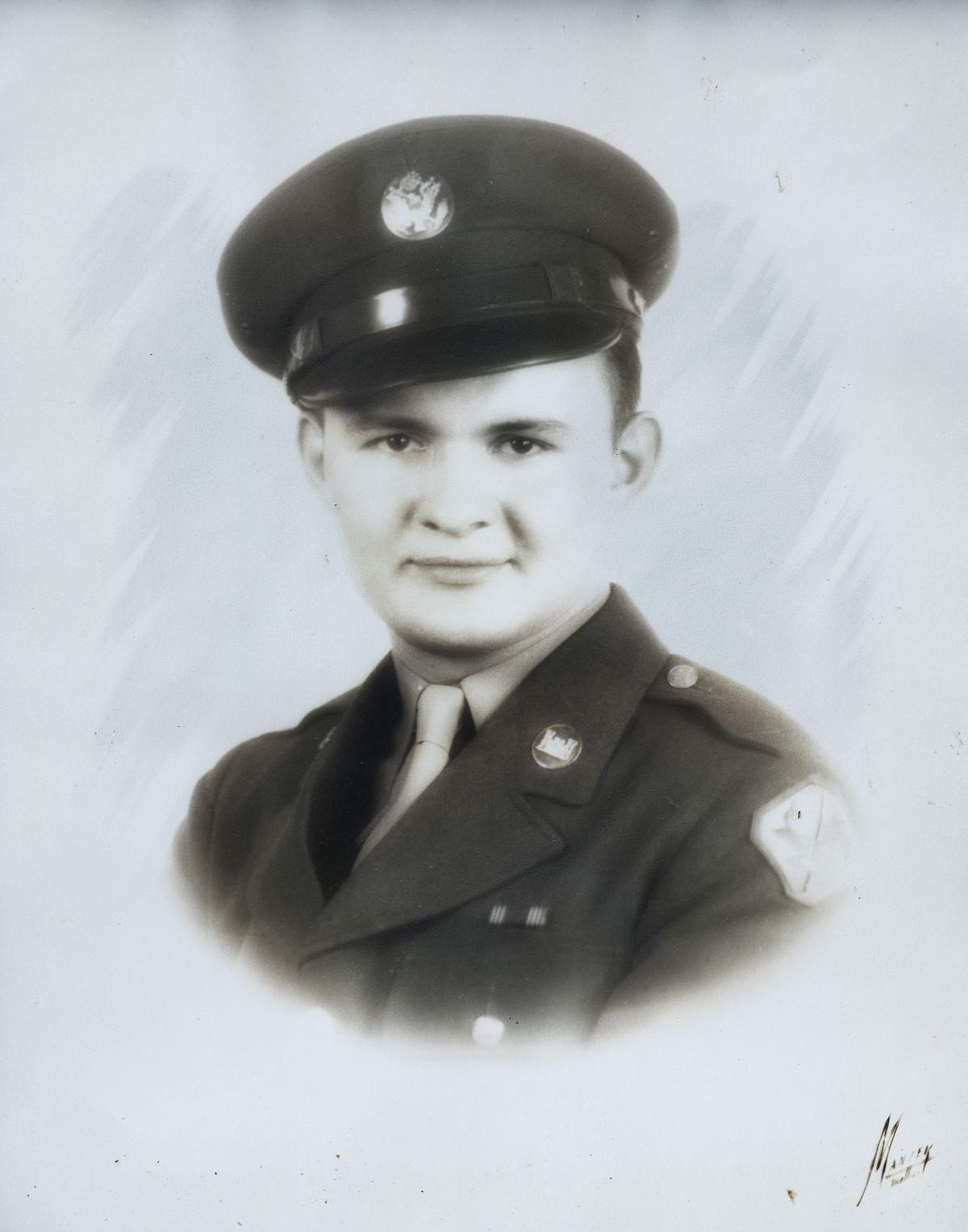 WWII veteran Earle Lynwood Browning, 93, of Mount Airy, shown in a photograph made in 1944, when he was 20 years old. 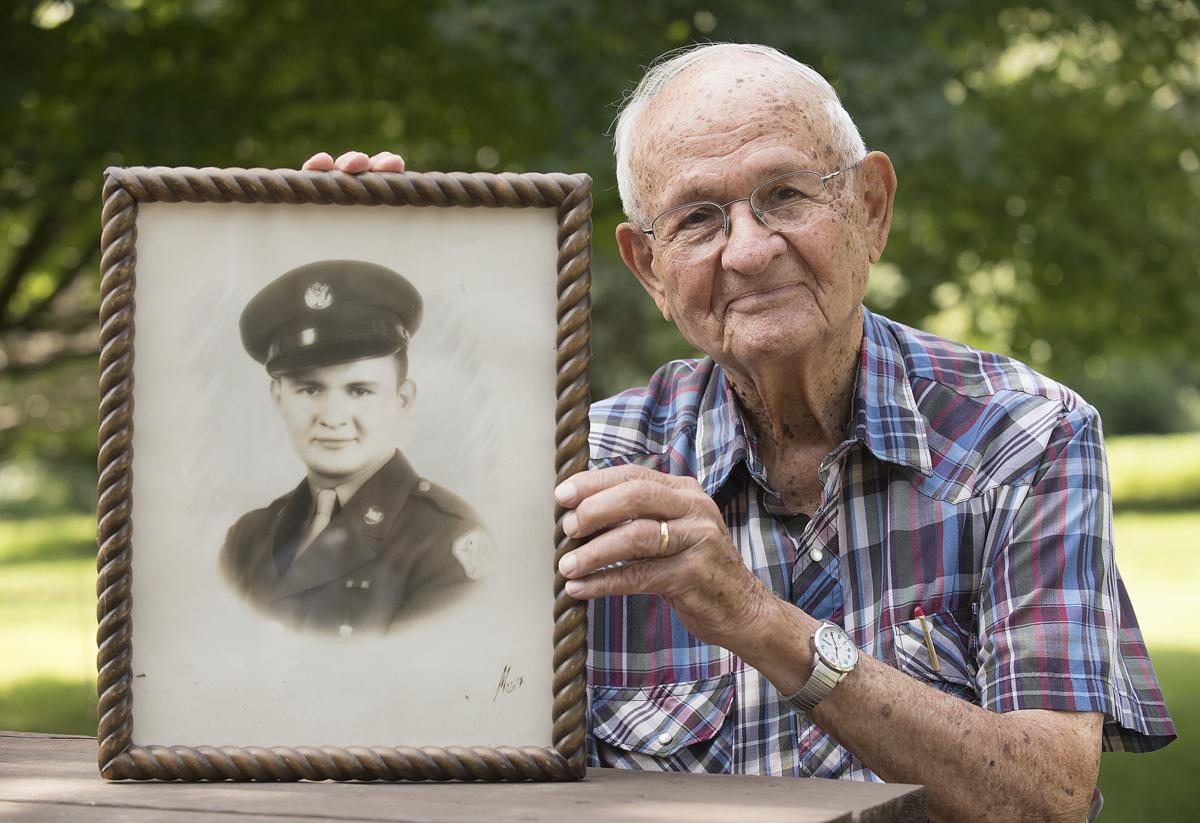 WWII veteran Earle Lynwood Browning, 93, of Mount Airy, poses with a 1944 photograph of himself, when he was 20 years old. 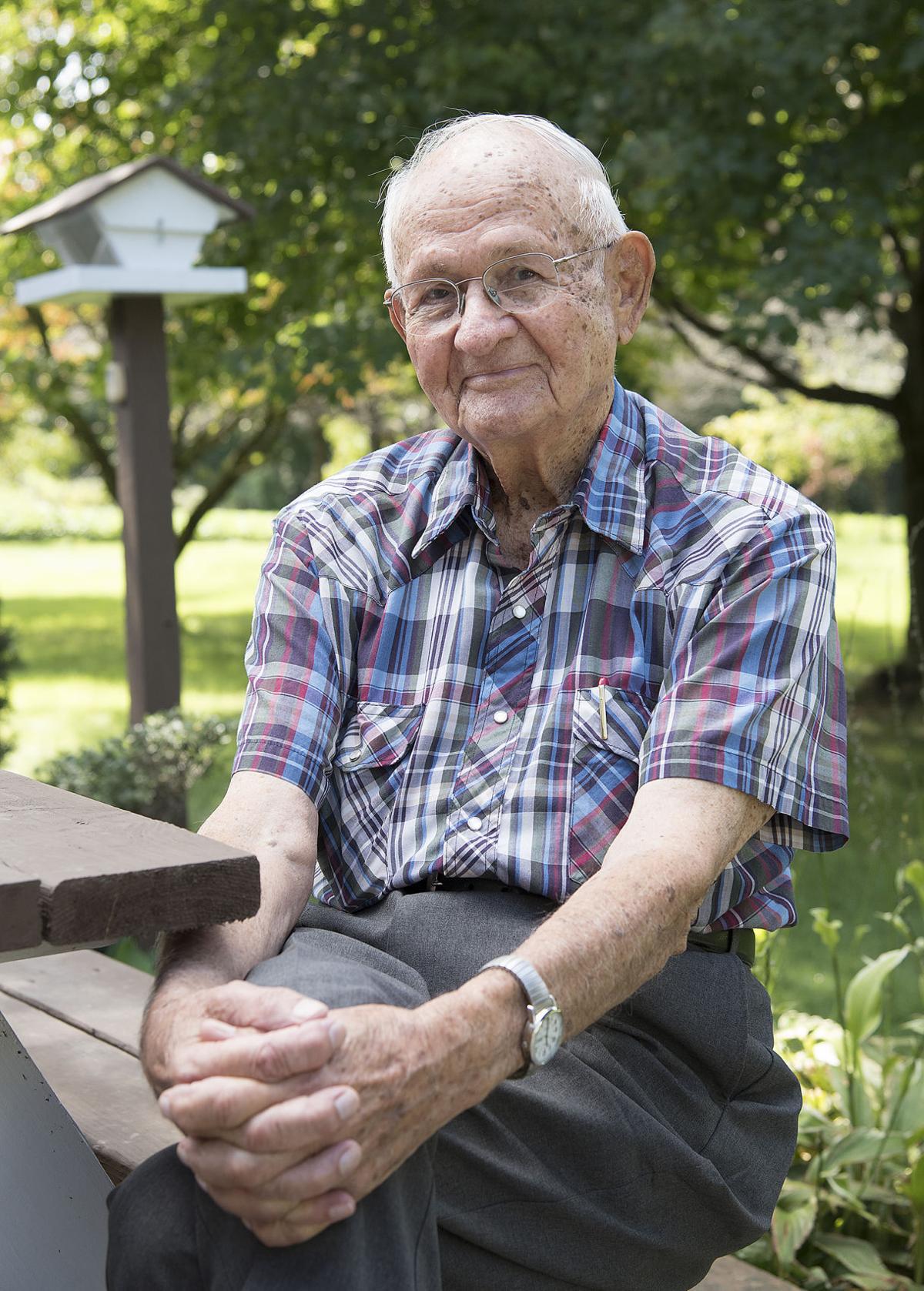 WWII veteran Earle Lynwood Browning, 93, of Mount Airy, shown in a photograph made in 1944, when he was 20 years old.

WWII veteran Earle Lynwood Browning, 93, of Mount Airy, poses with a 1944 photograph of himself, when he was 20 years old.

As a result of his typing abilities, the then-18-year-old Browning transferred units during basic training and was assigned to an administrative position with the 106th Infantry Division’s general offices. The switch spared him from the fate of many members of his original unit, who were killed or captured during the Battle of the Bulge.

“If I hadn’t been transferred, I probably wouldn’t be here today,” said Browning, 93.

His new unit, farther from the front lines of combat, had better odds of survival. But they, too, lost members, both to enemy fire and the harsh winter typical to the Ardennes region of southeast Belgium where they camped out.

A foot-and-a-half of snow covered ground that December. Fog and lack of light left Browning and his unit in total darkness, he recalled. The foxholes they dug in the rough, frozen terrain were just large enough to fit a single soldier, “almost like a coffin,” Browning recalled.

The force with which German rocket artillery fire, nicknamed “screaming Mimis,” hit the ground nearby would catapult them a full foot into the air.

The shots largely missed his unit, instead hitting the residents of a nearby town. Their screams, audible from his foxhole, broke the silence. So did the shots that rang out from nearby foxholes from soldiers whose fear induced hallucinations of Germans.

“I felt like at any time there’d be a German standing there with his gun sticking down in my foxhole just getting ready to shoot me,” he said.

His own fear prompted him to turn to prayer, the first time in his life he truly found comfort and meaning in the practice.

He was proud to have fulfilled what he viewed as his patriotic duty.

Browning’s service opened up opportunities for his education and career otherwise unimaginable for a rural farm boy from Kemptown. Although he’d opted for trade-based studies in high school, he spent part of his basic training studying engineering at Vanderbilt University through the Army’s Specialized Training Program. Program participants were selected based on IQ tests.

“I guess I’m a little bit smart,” he admitted.

After he was discharged, Browning pursued a degree in accounting from Strayer College in D.C., paid for through the GI Bill. He went on to top-level financial positions in the federal government, first with the Army Map Service and later as budget officer for the National Cancer Institute.

It was his efforts that helped Fort Detrick secure federal funding for cancer research under the Nixon administration, transitioning the local fort from a biological warfare research base to include a National Cancer Institute facility.

Since retirement, Browning has returned to his rural roots on a 14.7-acre farm near Mount Airy, where he lives and also owns and operates a Christmas tree farm.

The labor, combined with miles clocked each morning on a stationary bicycle in his bedroom, is what has kept him active and in good health, he said.

Remembering the Battle of the Bulge: A reflection 75 years later

Thomas Hoke can still recall the weather in December 1944, and the long days that followed.

He's such a sweetheart. His selflessness is apparent in all he does. We could all take a lesson or two from him.

Lynwood Browning is such a wonderful person. We thank you for your service and for your love of mankind. Lynwood continues to give to his community today doing outreach for pennies for potatoes, lions club to name just a few.