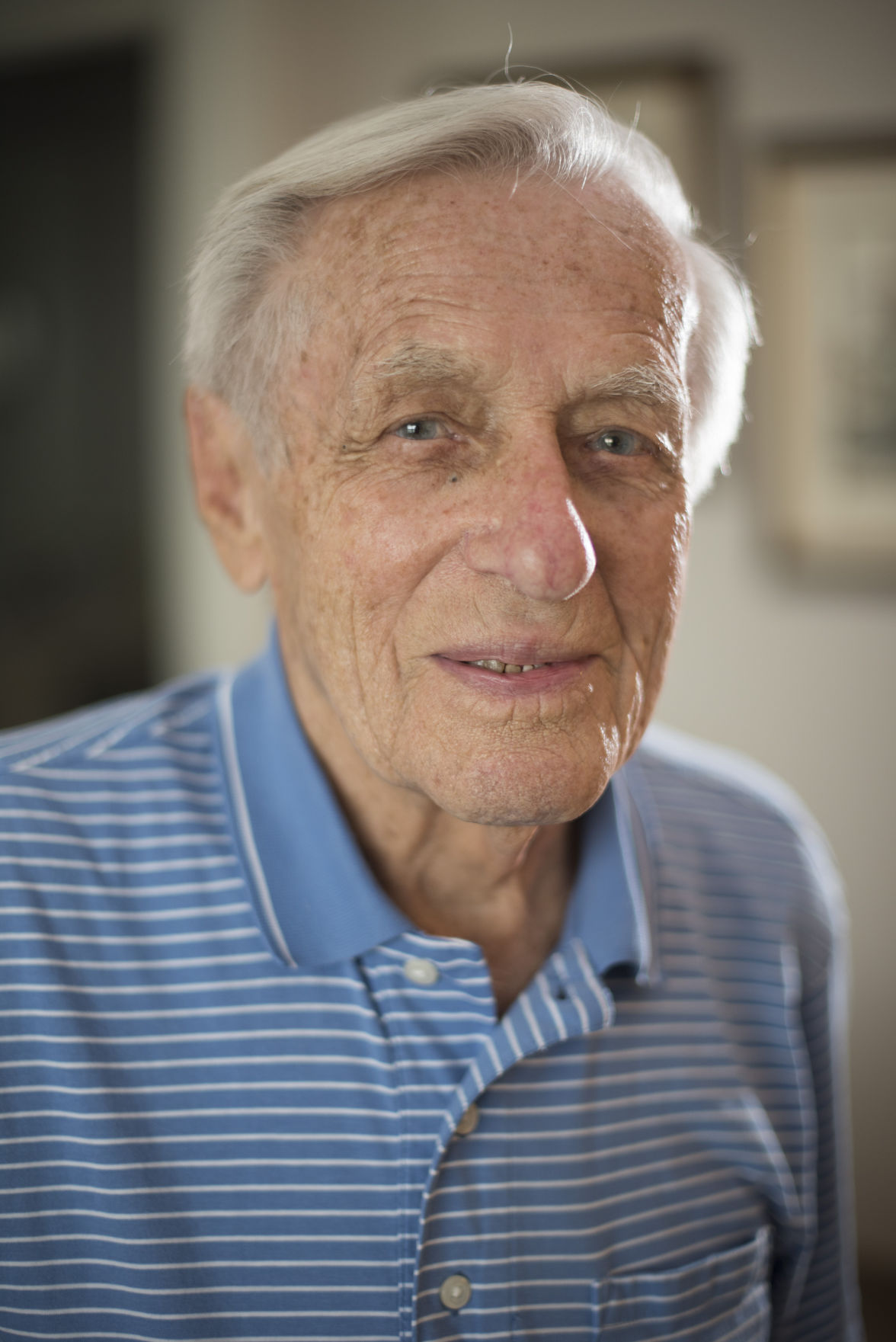 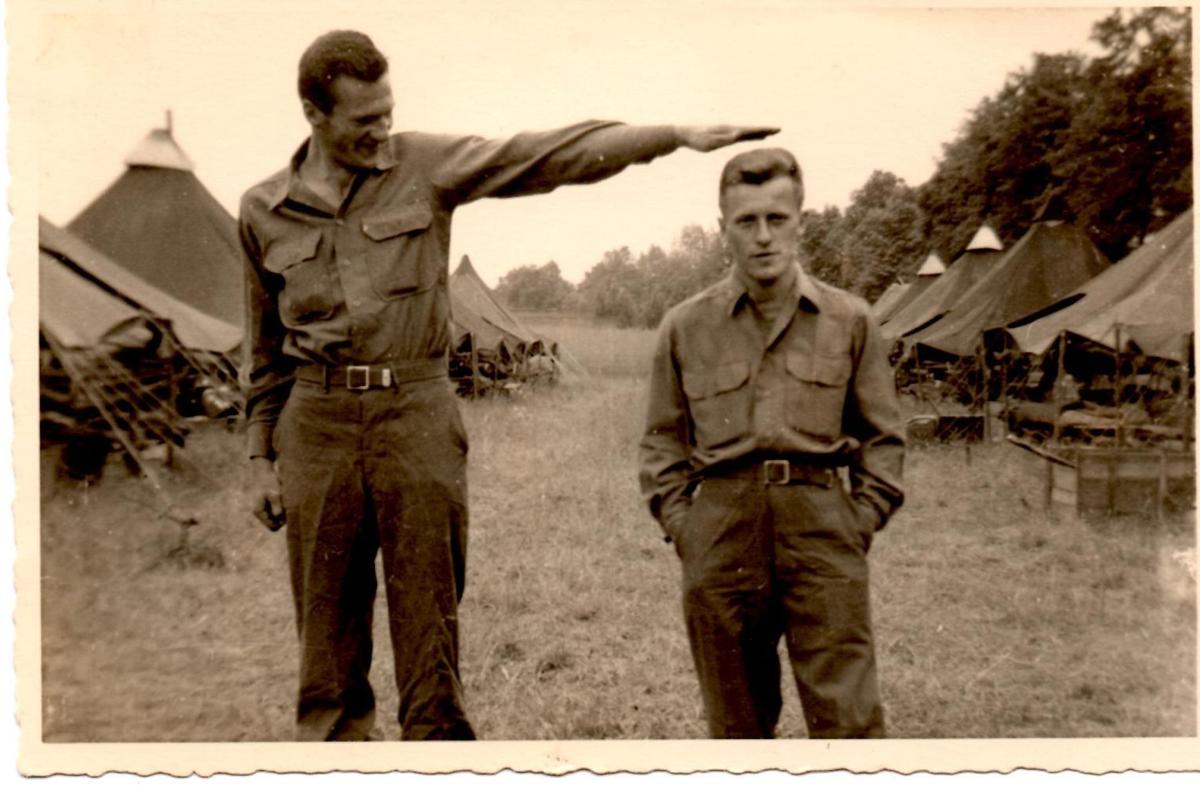 U.S. Army machine gunner Bruce Nissley (right) stands with a friend at training camp during World War II. Nissley was 5-foot-2, making him much shorter than many of his fellow service members. 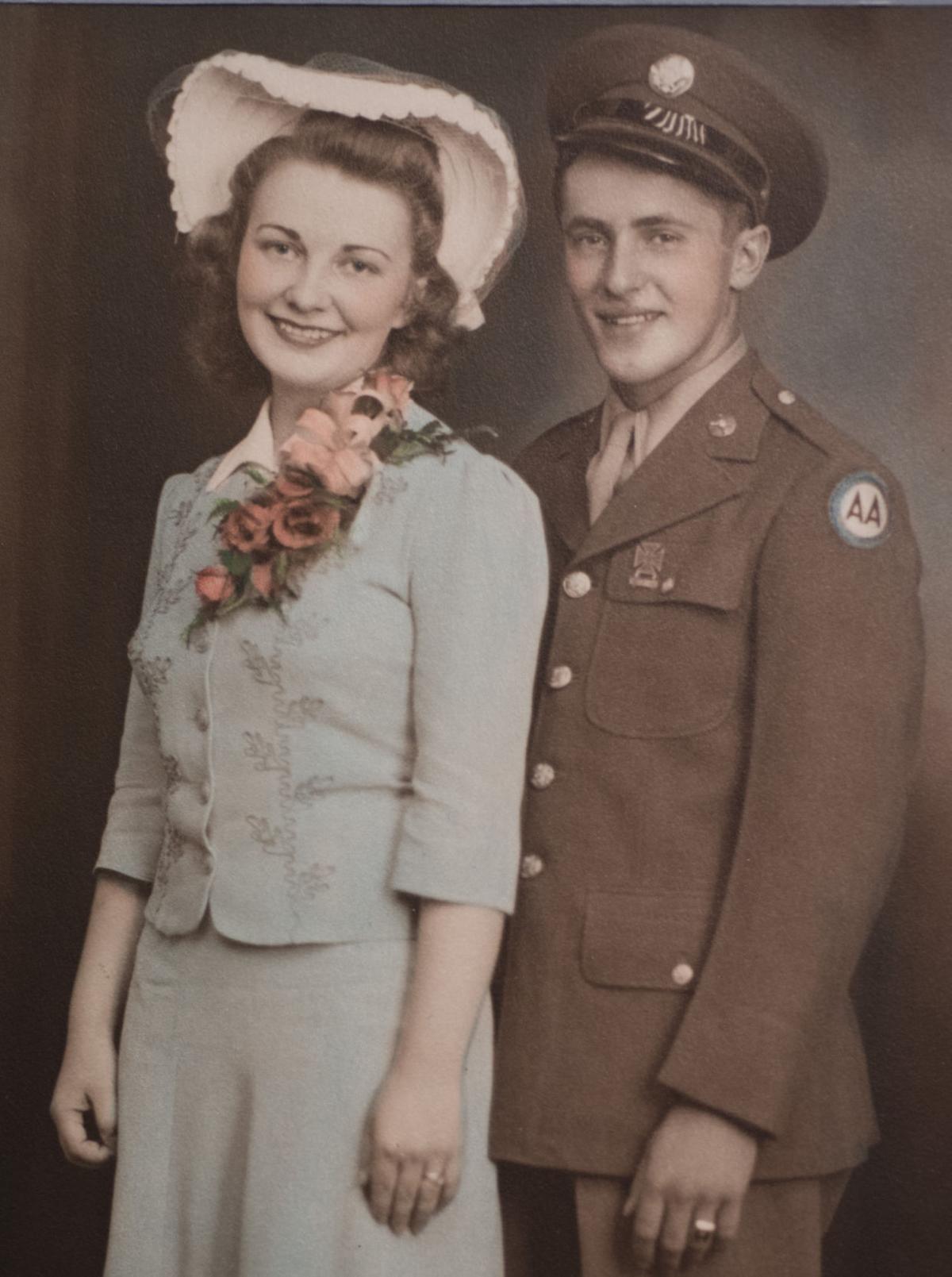 U.S. Army machine gunner Bruce Nissley (right) stands with a friend at training camp during World War II. Nissley was 5-foot-2, making him much shorter than many of his fellow service members.

The bullet, accidentally discharged from his friend’s rifle, hit the gun wedged under Nissley’s arm. The weapon split apart from the impact, a piece lodging itself in Nissley’s hip.

“If it would have gone the other way, it probably would hit me and killed me right then and there,” said Nissley, now 94.

And if it missed him, he would have joined the rest of his Army battalion as they boarded the ship that would take them to the waters just off Omaha Beach.

Instead, Nissley was taken to the hospital. Two days later, on June 6, 1944, his battalion of machine gunners were among the estimated 130,000 Allied troops who stormed Normandy in an operation now known as D-Day.

Nearly 80 percent of Nissley’s battalion died that day, most killed in the water before they ever made it to shore, he said.

After he was discharged, still wearing the same bloodied clothes he entered in, Nissley trekked to France, spending nights sleeping in foxholes and ditches until he reunited with the remaining members of his outfit.

He spent the next year and a half stationed at temporary airfields around Europe, providing protection to Allied air forces. He never saw combat, even when stationed at a German airfield just a short distance from the Battle of the Bulge.

“That’s where God took over,” Nissley said. “If it weren’t for Him, I wouldn’t be here today.”