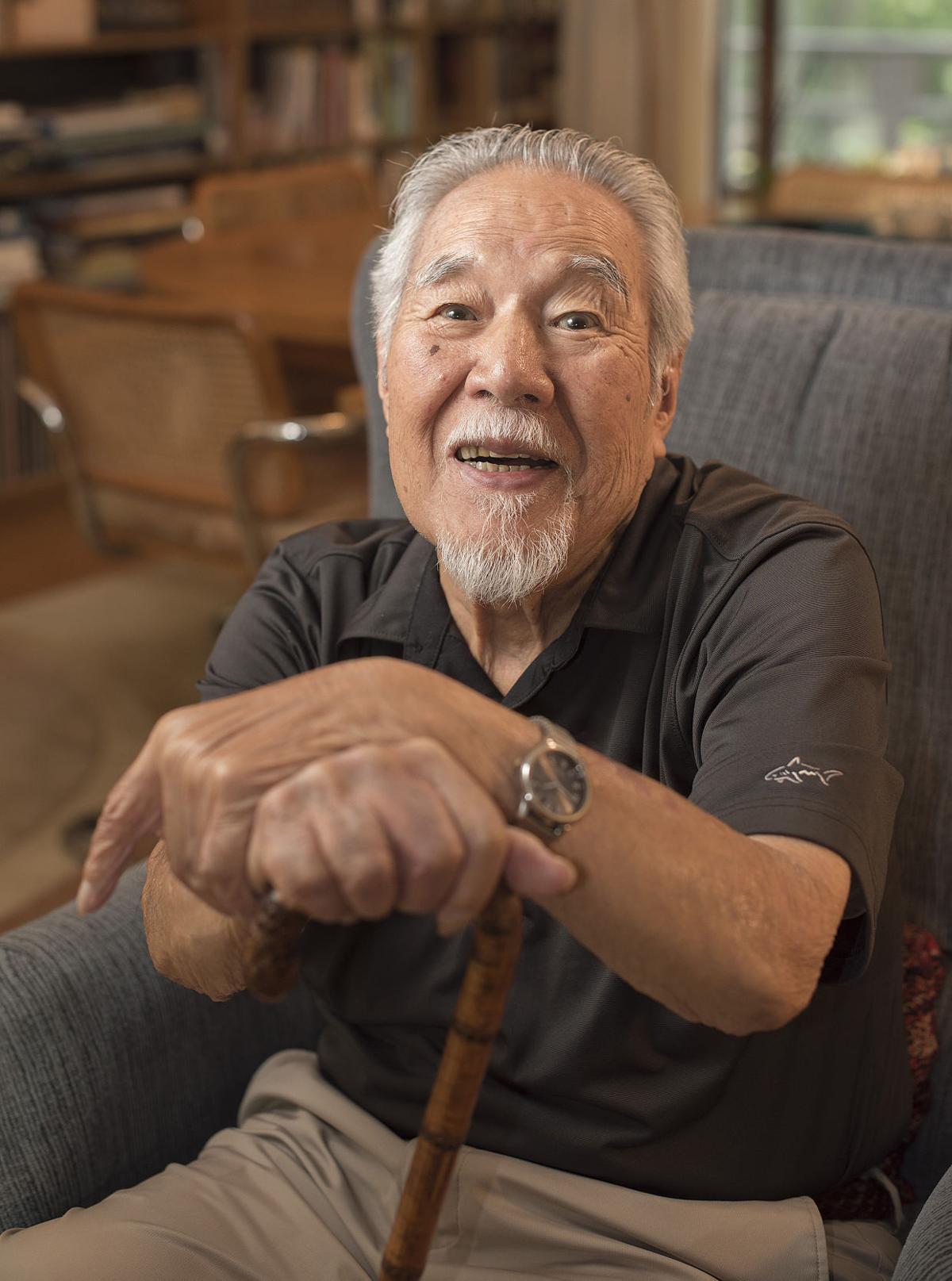 John Kaktsu, a Japanese-American interned at a camp in the midwest before. He was drafted into the Army at the end of the war. 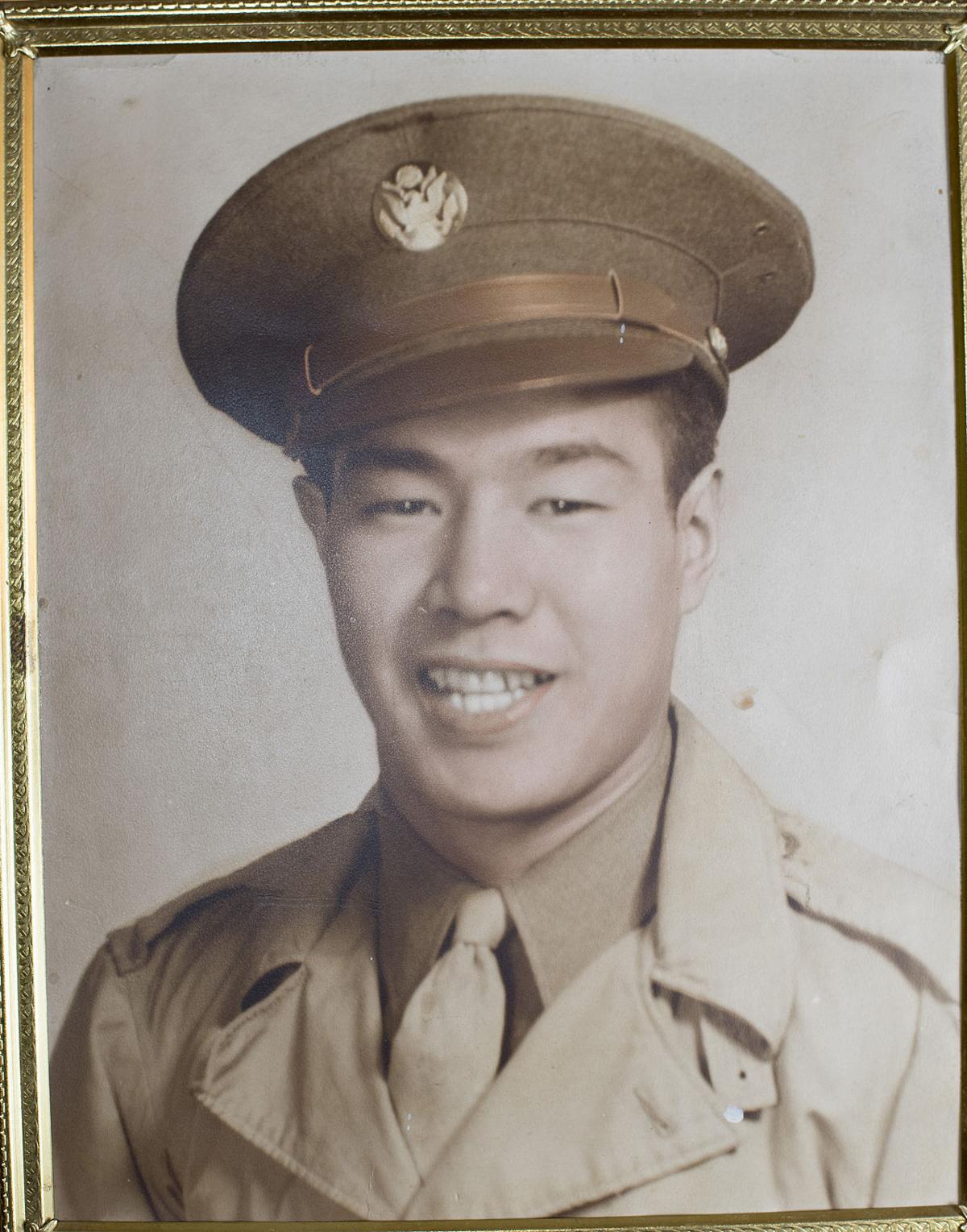 John Kaktsu, a Japanese-American interned at a camp, was drafted into the Army at the end of the war.

John Kaktsu, a Japanese-American interned at a camp in the midwest before. He was drafted into the Army at the end of the war.

John Kaktsu, a Japanese-American interned at a camp, was drafted into the Army at the end of the war.

His childhood home in Berkeley, California, was much more familiar to him than the country from where his parents emigrated before he was born. But it was his Japanese heritage that forced his family into an internment camp during World War II.

An estimated 117,000 Japanese-Americans were ordered to evacuate their West Coast homes in 1942, imprisoned in internment camps across the country and forbidden to return to their homes, according to the National Archives. There were suspicions of colluding with the Japanese military who had bombed Pearl Harbor just a few months earlier.

Katsu, who was 14 at the time, recalled how he and his family members were given just a week to prepare. They were forced to abandon their home and the nursery and florist business his parents had built up through years of hard work.

With just one suitcase each for his nine-person family — he was the youngest of seven children — they reported to the Tanforan Assembly Center in San Bruno, California. The former racetrack would serve as their temporary detention center.

Horse stalls outfitted with cots served as their living quarters. The slats between the stables offered little privacy.

The prisoners were responsible for taking care of themselves. Some cooked the food in the makeshift mess hall that fed thousands of people. Others taught the children who would have otherwise been in school.

One such teacher had headed the art department at the University of California before he was imprisoned. Katsu marveled that the nationally renowned artist was relegated to teaching junior high school students like himself.

Another, who had worked as an entertainer, gave performances in the grandstands of the racetrack. The man went on to perform on Broadway and in TV shows and movies under the name Jack Soo.

After a few months, the Katsu family was uprooted again, taken to the Topaz Internment Camp near Delta, Utah. The property spanned 31 square miles, and held up to 8,300 people at its peak, according to the Topaz Museum website.

Katsu said he didn’t resent being asked to fight for the same country that imprisoned him, noting that many Japanese Americans voluntarily enlisted during the height of the war, eager to prove their loyalty to America.

Katsu joined the couple as they traveled the Midwest, encouraging American families to act as sponsors for those still imprisoned to help them leave. Eventually, they settled in Kansas City, Missouri, where Katsu enrolled in the local high school.

He was the only Japanese American student; the first many of his classmates had ever seen. He was terrified, expecting to be labeled as an enemy and mistreated as he had in the camp. Instead, he found himself welcomed with open arms.

“They treated me like a celebrity,” he said. “Everybody wanted me to join their social clubs.”

When he took the field during football games, the crowds would cheer his name, he said. Soon after he graduated high school in D.C., where he had moved during his time as a student, he was drafted into the Army.

It was 1945. The war in Europe had ended, although the battle in the Pacific was ongoing.

Katsu said he didn’t resent being asked to fight for the same country that imprisoned him, noting that many Japanese Americans voluntarily enlisted during the height of the war, eager to prove their loyalty to America.

And his own service, stationed in Germany as an officer with the military government, was “wonderful,” he said.

Katsu headed a unit charged with helping German towns set up youth activities and programs like baseball and soccer, he said.

He and the other military officers lived in a mansion in a county in Bavaria where they were waited on by maids and drove fancy sports cars, he said. It was a far cry from the way he’d lived at Camp Topaz, surrounded by barbed wire and armed soldiers.

Katsu was originally angry for the way he was treated, he said. But, in later reflections, he saw it differently. If he had not been forced to leave his Berkeley home, he would have likely spent his entire life there, never knowing what lay beyond.

“When I thought of what it opened up to me, the whole United States, I was sort of grateful,” he said. “I think a lot of Japanese feel that way.”