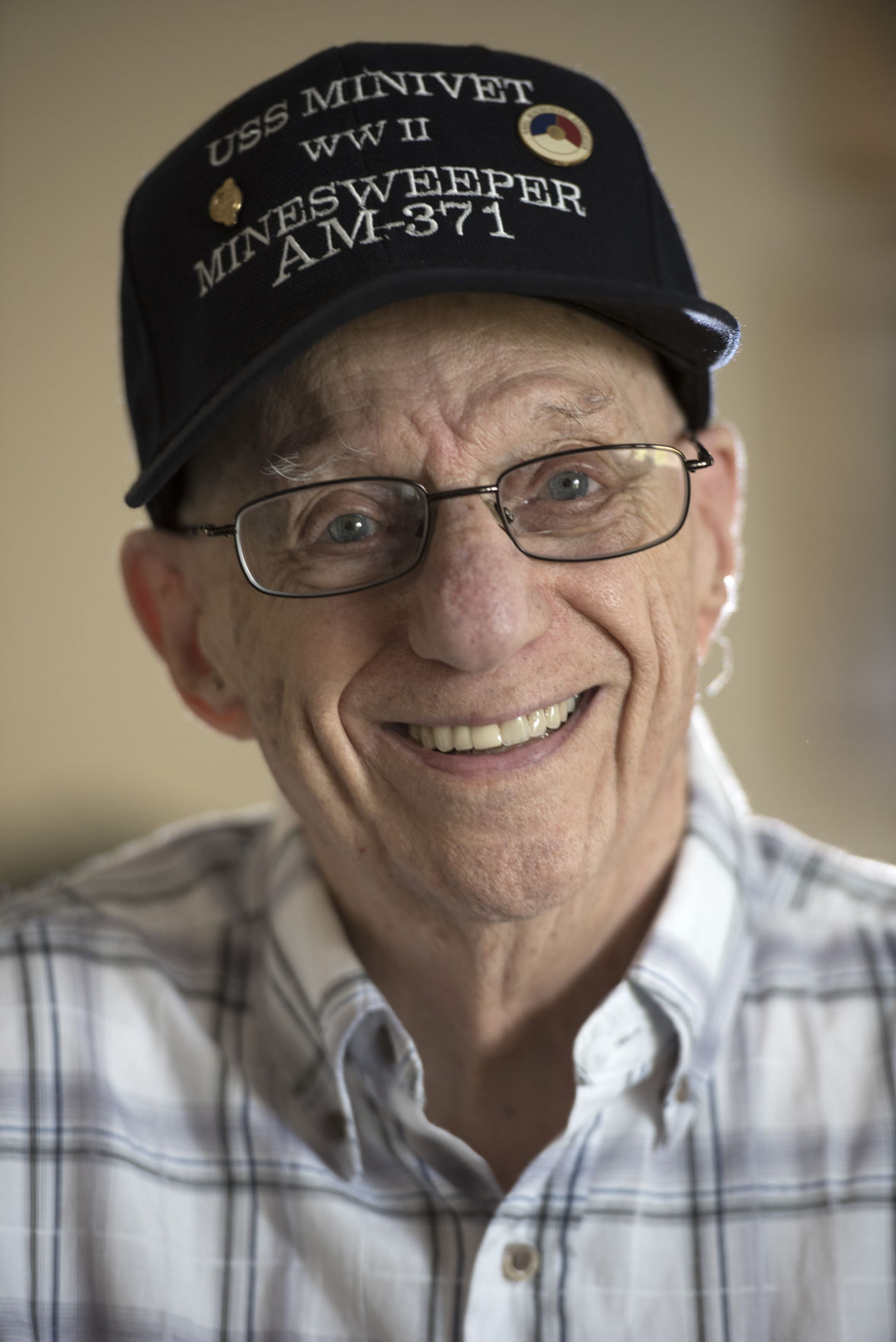 Marvin Elfman was on a minesweeper ship that hit a mine and sank in the Pacific in December 1945. 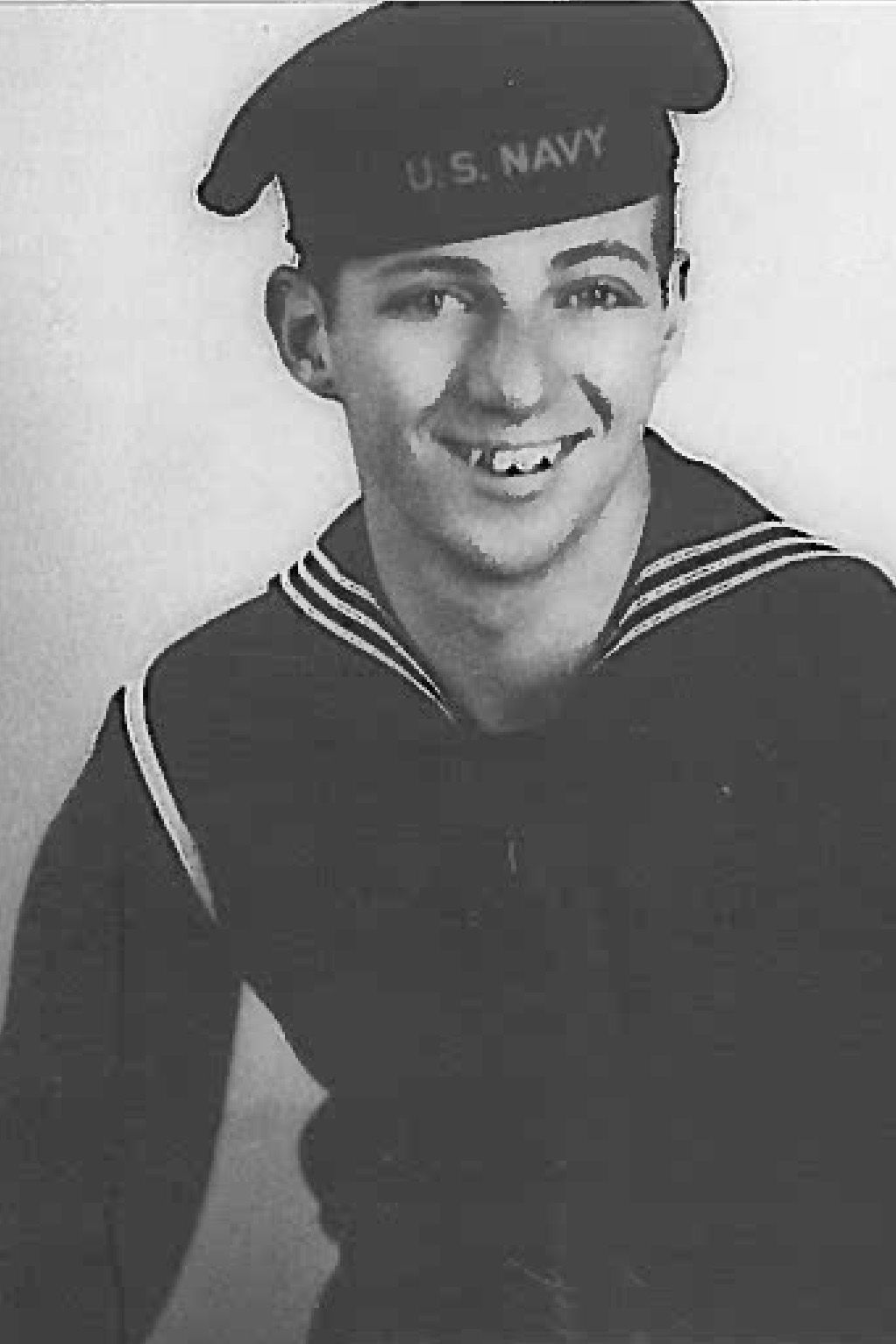 Marvin Elfman was on a minesweeper ship that hit a mine and sank in the Pacific in December 1945.

Marvin Elfman left the fantail of the USS Minivet on a cold December night to head toward the bow for a cup of coffee.

He had just finished his two-hour shift and was gone for about 10 minutes before the the ship struck a mine, which caused the ammunition storage compartment to explode and blow a hole in the ship. The explosion sent several of Elfman’s shipmates flying toward the front of the ship, and the ship immediately started sinking.

“That cup of coffee saved my life,” Elfman recalled.

The crew had to abandon ship, and it was Elfman’s job to get one of the ship’s cork lifeboats into the water. The ship sank so fast, the sailors stepped off the deck and were already in the water, which was at below-zero temperatures.

“If I had been in the back of the ship, I would have been blown up with those guys,” Elfman said.

After the mine blew, Elfman’s first duty was to use a Handy Billy pump to try to remove water that was coming aboard the ship. The captain told the crew to abandon ship.

After realizing the water was coming in quicker than the pump could get rid of it, Elfman secured a lifeboat and helped get shipmates into the boat, where they sat stranded in the water for nearly an hour before a Japanese rowboat rescued them.

The Japanese had surrendered in August, but the Minivet was off the coast of Japan to find hundreds of mines that the Japanese had scattered throughout the sea. The Japanese never charted where they dropped their mines, so Elfman’s crew had to search for them and then detonate them.

The Minivet is considered the last ship sunk in World War II.

"That cup of coffee saved my life."

The 60 survivors from the Minivet’s crew of 91 boarded the Japanese rowboat, wearing foul-weather gear that added several pounds of weight, Elfman recalled.

“We weren’t wearing any life jackets because we couldn’t get to them, but I know we were all wearing foul-weather gear, because I remember how heavy it was,” he said. “It just felt like it kept pulling you down.”

The sailors spent the next several hours trying to thaw before boarding another Navy ship. The Japanese soldiers had to cut the clothes off Elfman and his crew mates because they were hypothermic and no longer had the dexterity to get undressed.

The Japanese took the crew over to a U.S. Navy sister ship, where crew members were given coffee and hot tea.

“I drank a cup of coffee like it was ice water,” Elfman said. “Because I couldn’t feel anything in my system.”

Elfman went to the ship’s hospital for exams. He knew he didn’t have any severe injuries like broken bones, but the doctors wanted him to urinate into a cup to run tests.

“All we wanted was to get warm. It took us six hours to generate a specimen for them,” Elfman recalls. “They turned on faucets, gave us water, spoke of waterfalls, nothing was working.”

Upon returning to the U.S. after his service ended, Elfman rarely spoke about the incident. He didn’t even tell his first wife and family members. It’s not that he was traumatized; rather, everything happened so fast, he couldn’t quite remember it.

“Unconsciously, you forget, and you don’t remember certain things,” Elfman said. “We did things unconsciously because of the training we had, not because we knew what to do. It was just automatic.”

On the homefront: Frederick civilians provided support in WWII

On June 6, 1944, Frederick County residents opened their newspapers to “Invasion Launched” stretched across the cover of The Frederick Post ma…