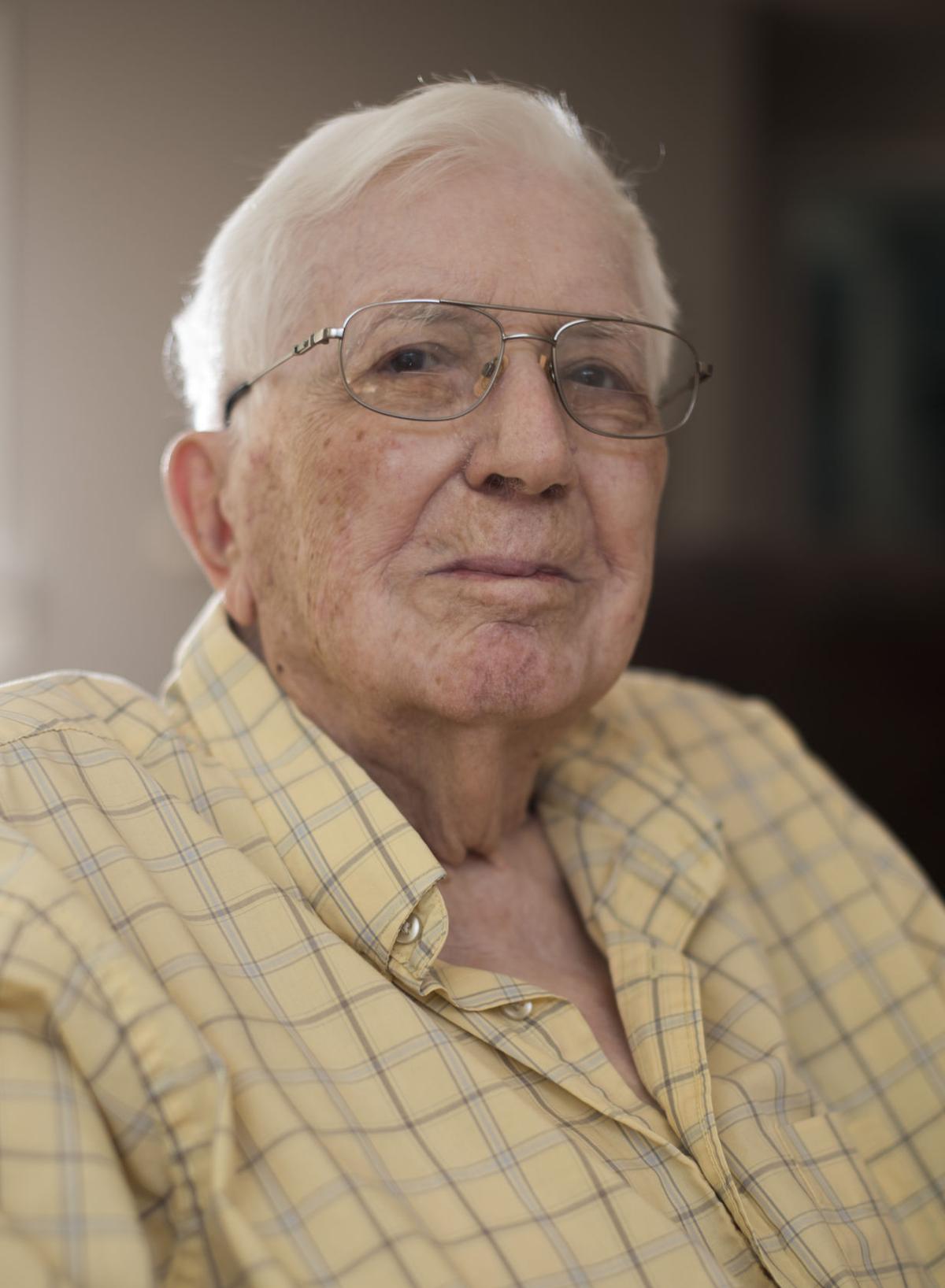 Milton Erdmann served in the Army Air Forces, flying bombing missions from his base in southern Italy. 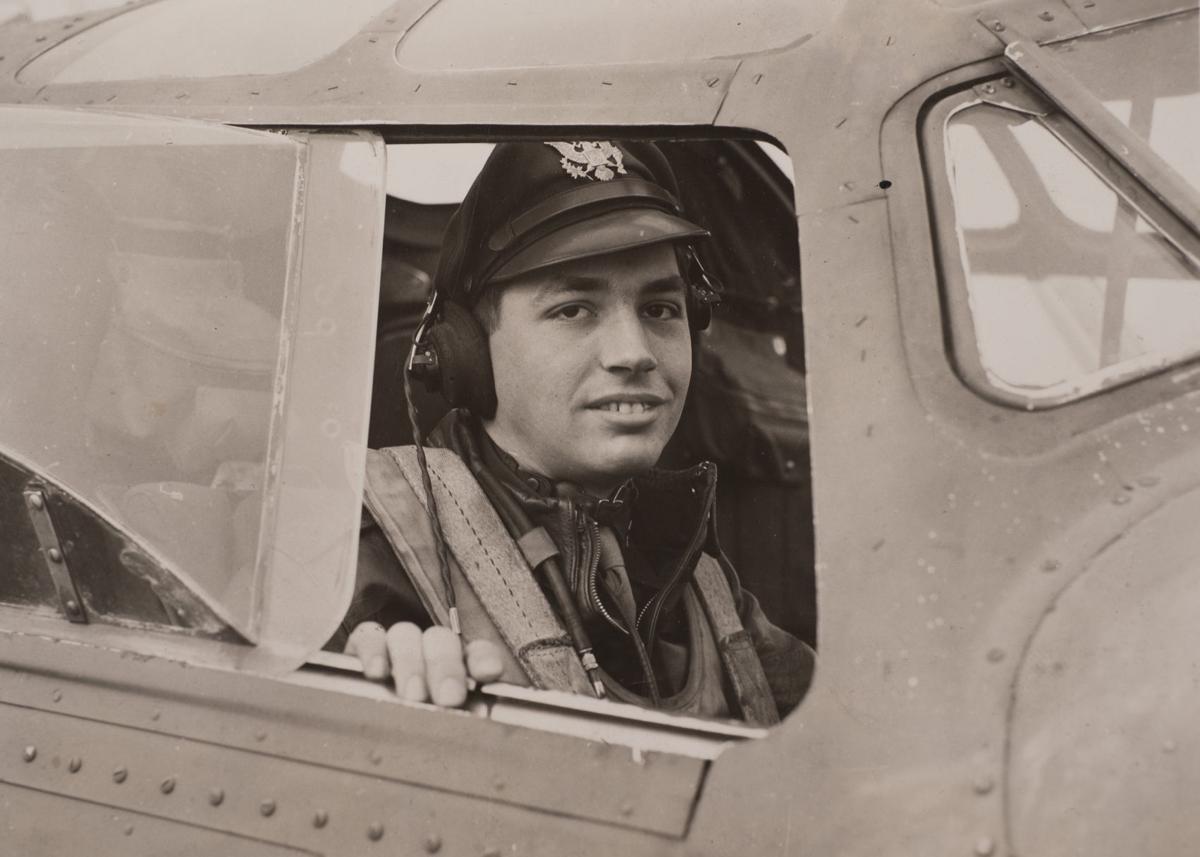 Milton Erdmann served in the Army Air Forces, flying bombing missions from his base in southern Italy.

By the time Milton Erdmann had enrolled in college, World War II was well underway in Europe, and the eventual involvement of the United States was, for most, a foregone conclusion.

Faced with the difficult choice of waiting for the draft, which would likely see him become an infantryman, or enlisting on his own with a better chance to guide his service on his own terms, Erdmann joined the Army Reserve. When his unit was eventually called to active duty on March 12, 1944, Erdmann had secured a shot at receiving training as a bomber pilot.

“We knew most everybody was going to be involved, and it was much better to be a pilot than to be a private in the ground forces fighting in the mud,” Erdmann said.

The U.S. Air Force wasn’t officially separated from the Army until after the war, in 1947, but the idea of serving his country as a pilot appealed to Erdmann.

Leaning back in his chair in the dining room of his daughter’s home near Urbana in August, Erdmann, now 95, reflected on his progression through training.

Erdmann recalls how nervous he was as a 21-year-old reporting for active duty. He also remembers how brutally cold it was at the time in Michigan.

“When they called us up, we reported down to Miami, so there were good points to it, too,” he said with a chuckle. “There wasn’t any barracks there, so it was real rough; we were staying in a hotel on the beach.”

Initially trained to fly a B-17, Erdmann ended up piloting a B-24 when he arrived in Italy on Nov. 15, 1944. Just 22, Erdmann began six months of foreign combat service.

Flying out of an air base near Lecce in the boot heel of southern Italy, most of Erdmann’s missions were directed against ground troops in northern Italy, but he sometimes flew into Austria and the former Yugoslavia.

“We didn’t have much heavy fire directed at us, we were lucky. ... Sometimes we had escorts, but mostly not. We were flying in formation with maybe nine other bombers, and you had your own gunners for protection,” Erdmann said.

While ground-based anti-aircraft weapons and the odd enemy aircraft were still very real threats even late in the war, Erdmann said he rarely felt in danger. One particularly tight spot he did recall was when his bomber experienced engine trouble early on in a mission.

“We returned alone back toward Italy, and we called for fighter cover,” he said. “We had a fighter plane come fly with us for a while and he was flying right next to us, protecting us for a while.”

Later, Erdmann and his colleagues learned that the fighter pilot had been one of the Tuskegee Airmen, the first group of all-black military aviators in the U.S. armed forces.

“He couldn’t stay long because he had run out of gas, but we were glad for the cover,” Erdmann said with a smile. “And, after the war, when everybody started talking about the Tuskegee Airmen, well, we had a private escort from them.”

By the time he returned home on April 29, 1945 — about a week before Victory in Europe Day was celebrated in May — Erdmann had flown 27 missions.

It was at that same time that Erdmann and his older brother, Edwin, who was serving as a navigation instructor in Texas, received the heartbreaking news that their youngest brother, Herman, who had been drafted into the infantry, had been killed during the last days of fighting in France.

“I had been concerned about my older brother being drafted, and actually, it ended up my younger brother was. ... We didn’t think the war would last that long,” Erdmann said.

Erdmann went on to spend nearly 30 years as a professor at Michigan State University, having obtained a master’s degree and doctorate in agronomy with help from the GI Bill.

Erdmann also started his own family, but he is always surprised when his loved ones — and occasionally strangers — express admiration or gratitude for his having served.

“We had a lot of people serving in World War II, so I was one of many. It was expected, as far as we were concerned,” Erdmann said.