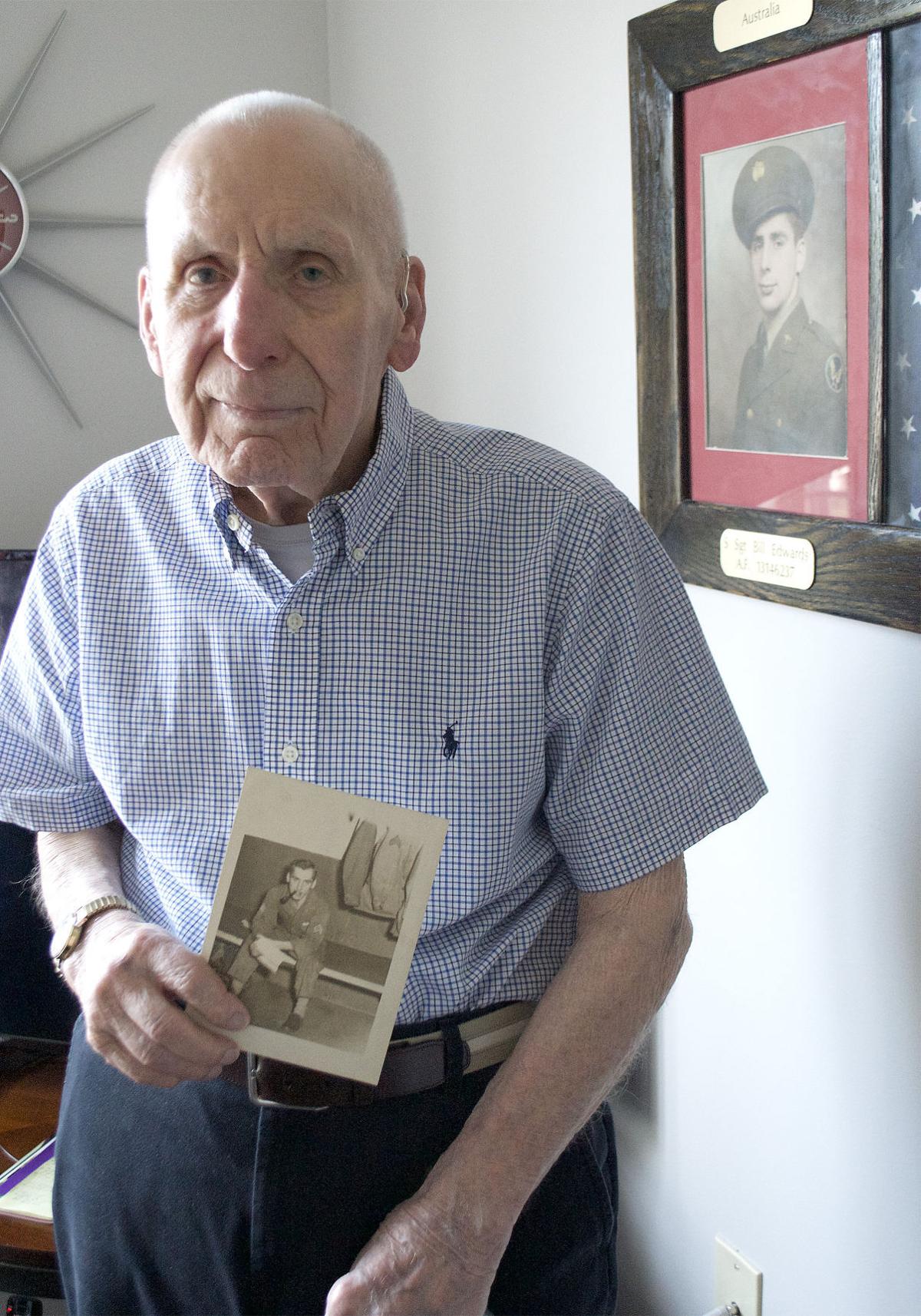 William Edwards stands with some of his World War II mementos at Country Meadows. 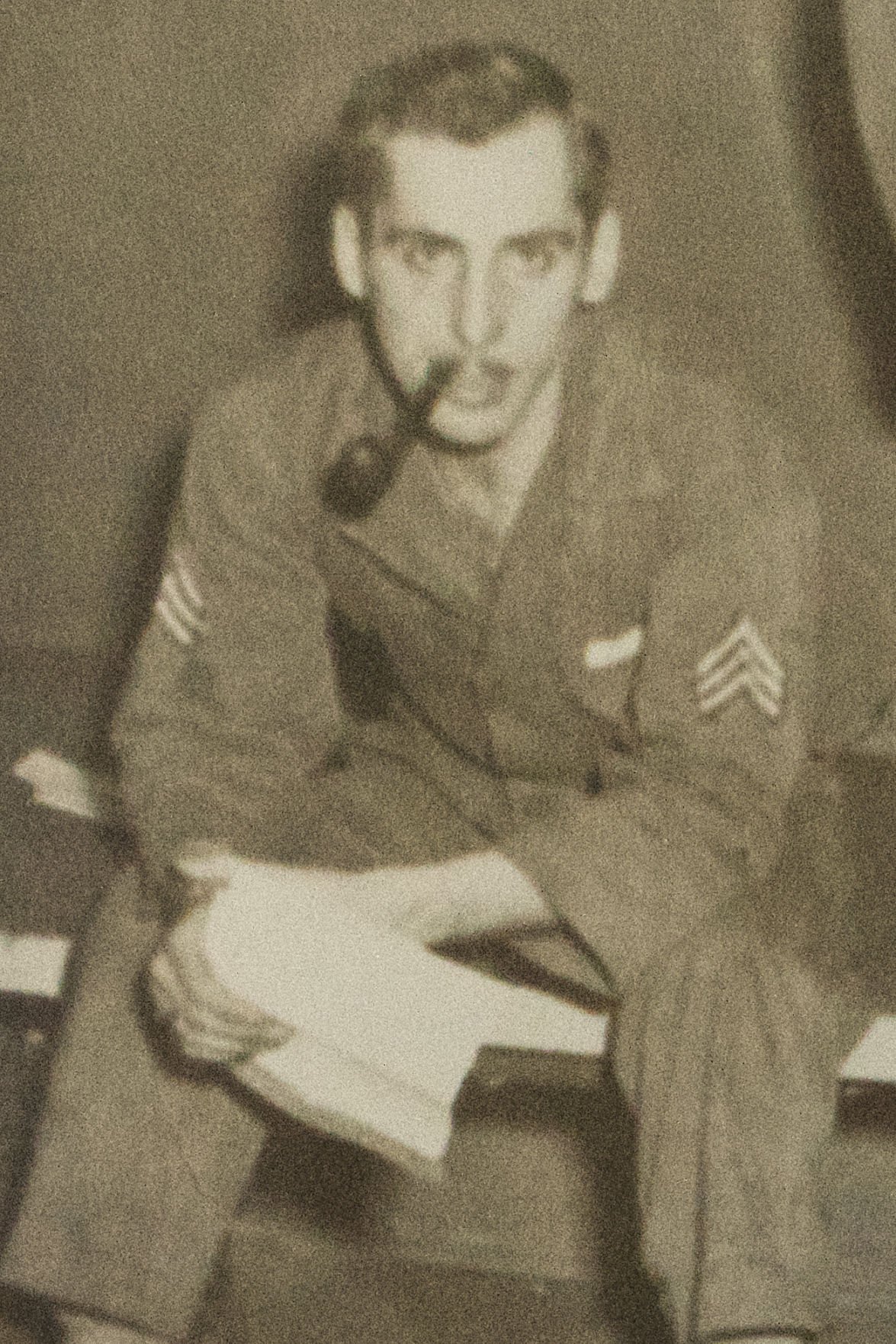 William Edwards is shown during his military service.

William Edwards stands with some of his World War II mementos at Country Meadows.

William Edwards is shown during his military service.

William Edwards spent two Christmases during the war on a ship. In Hollandia Harbor, New Guinea, in 1944. And, after the war ended, waiting to settle back on land in San Francisco Bay in 1945.

For an aircraft mechanic, many of Edwards’ war stories focus on the sea.

He served in the Pacific theater during the war, at a U.S. Army base on the Northeastern coast of Australia that was well-established, and at the less comfortable Nichols Field in Manila after firefights and a Japanese occupation left the runways and permanent buildings decimated. Edwards and the men with him slept in tents, prepared to repair damaged planes, but the runways weren’t adequate to receive them.

“We would sit out there on the edge of the water and watch [the air fights],” Edwards said.

He came under fire once during the war, during a short stay at a temporary camp in the Philippines. His tent didn’t take enemy fire, but one he’d sought to sleep in the night before did. To this day, Edwards said he doesn’t know what happened to all of the men inside.

That was Edwards’ “first hitch” with the Army. He re-enlisted to serve in the Korean War as well.

For his entire life after service, Edwards insisted on buying only things that are “made in America,” his daughter said.

Robert Hardesty fought in Battle of the Bulge