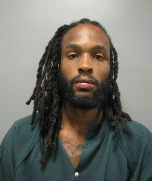 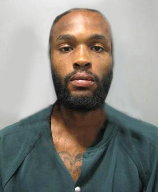 The U.S. Marshals Service is offering $5,000 for information leading to the arrest of a man accused in the shooting death of a 19-year-old Frederick resident.

Daniel Alonzo Flythe, 27, faces a first-degree murder charge in the death of Jaemari Alvin Anderson, according to the Frederick County Sheriff’s Office. Anderson died from his injuries at University of Maryland Shock Trauma Sept. 9, 2020, after being shot Sept. 6, police say.

Flythe, also known as KD, is described as a Black man standing approximately 6 feet, 1 inch tall and weighing 170 pounds. He has brown eyes and black hair, plus noticeable tattoos on his chest and neck. The sheriff’s office said he is considered “armed and dangerous,” according to a statement.

Two other men have been arrested in connection to Anderson’s death. The sheriff’s office first arrested Frederick resident Jordan Burris Hooks, 28, on Sept. 11. Deputies arrested Clarksburg resident Brian Braheem Henry, 27, on Dec. 15. They each face multiple charges, including first-degree murder. Both are being held without bail.

Flythe allegedly brought a semi-automatic handgun to Hooks’ home prior to the shooting. Police allege Hooks and Anderson were close friends hanging out with others at Hooks’ residence on Waterview Court on Sept. 6. Cell phone footage showed Hooks pointing a handgun at the camera, according to the sheriff’s office statement in September.

A conflict allegedly occurred within the group — which included Flythe, Henry and Hooks — that led to the staging of a fight between Hooks and Anderson, near a walking path in the Waterside development. Neighbors and witnesses told police they heard a single gunshot and saw people fleeing the area. Police found a shell casing near Anderson and two 9-millimeter bullets on the rear patio area of Hooks’ residence.

Hooks has a pre-trial conference scheduled for March 9 and a jury trial planned for April. There were no upcoming court dates listed in online court records for Henry as of 5 p.m. Tuesday.