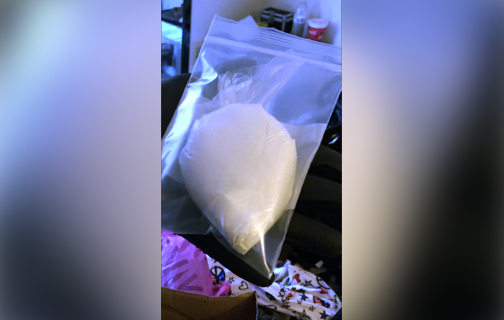 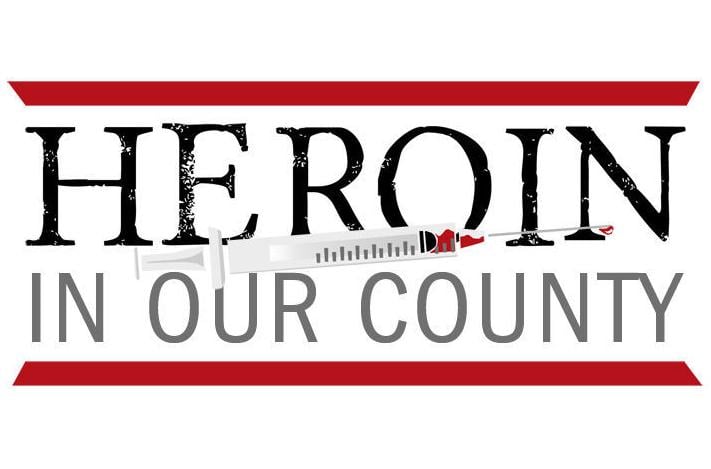 Despite the increasing use of overdose-reversal drugs and a united front by police and health officials, opioid overdoses nearly tripled in 2016 compared to 2015 in Frederick County, and deaths went up dramatically, too, preliminary data indicate.

Overdoses reported by county police agencies have grown steadily since the Frederick County Sheriff’s Office began collecting preliminary data several years ago. The 402 overdoses handled by police in 2016 were nearly triple the previous record high of 140 reported at the close of 2015. Deaths suspected to be the result of heroin overdoses also jumped to 51 in 2016, surpassing the previous high — 32 — set in 2014, the data indicate.

While the numbers released to The Frederick News-Post by the Sheriff’s Office last week did not match up exactly with totals released previously by the state Department of Health and Mental Hygiene, the discrepancy was likely caused by incomplete records prior to 2016, said Maj. Tim Clarke, a Sheriff’s Office commander.

“I’m confident in our numbers, but, for example, our totals didn’t include Maryland State Police numbers in 2015 and years before,” Clarke said. “And if you look at the data we have for this year, that would make sense.”

Clarke pointed out that DHMH numbers listed the number of overdose deaths for Frederick County at 32 in 2014, compared to the 28 deaths reflected in the Sheriff’s Office’s most recent numbers for that year.

Previously reported DHMH fatality totals were also slightly higher in 2013 and 2012 compared to the Sheriff’s Office’s year-end totals because of the absence of state police numbers in the sheriff’s database.

Maryland State Police did not make overdose totals available by individual barracks prior to 2016, according to an agency spokeswoman.

The county’s Division of Fire and Rescue Services doesn’t tally “saves” from Narcan, but rescue personnel administered 426 doses last year, just seven fewer than the total number of doses used in 2015 and 2014 combined.

Frederick police began training to use Narcan in 2013 and most city officers and county sheriff’s deputies were equipped with kits by the end of 2014. In addition, the county Health Department began offering the public free training in April of 2014 and a standing order issued by the state health department in December of 2015 made naloxone available without a prescription.

These measures, along with several others, have all led to the dramatic increase in the use of naloxone, making the continuing rise in deaths all the more disheartening.

“Sure it’s frustrating,” Clarke said of the numbers. “Very frustrating. And everyone is trying to find an answer, but no one can find that magic button to push to make everything better. … Nothing seems to be working.”

As difficult as the problem may be to solve, officials have little doubt as to why the trend worsened in 2016.

Both law enforcement and health officials agree that 2016’s jumps in overdoses and deaths is likely a result of synthetic opioids such as fentanyl increasingly showing up in illicit drug supplies.

“Just in talking with people who have been revived with Narcan or hearing from people who have revived their loved ones with Narcan, we are hearing that fentanyl has played a huge role in these overdoses and very often it is unknown fentanyl, unknown to the users,” Drennan said.

The advent of synthetic opioids is also driving up the demand for Narcan. First responders are not only using the reversal drug more often, they are finding that they need to use more than one dose on each victim to counter the more powerful substances such as fentanyl.

The overdose problem is so widespread that often emergency medical personnel will use Narcan on unconscious people even if they aren’t certain the patient is suffering an overdose, said Battalion Chief Michael Cole, who oversees emergency medical services for the Frederick County Division of Fire and Rescue Service.

In addition to the danger posed to users, fentanyl and other synthetic opioids are forcing police to change tactics for their own safety, said Lt. Jason West, commander of the sheriff’s Narcotics Investigations Section.

“When we’re out there administering search warrants, we actually have to wear Narcan in our raid kits for self rescue for our own personnel now,” West said. “There are cases across the nation where we’re seeing some of these substances like fentanyl affecting law enforcement officers who handle it.” Even small amounts of fentanyl, if mishandled, can kill, according to a recent U.S. Drug Enforcement Administration video warning.

Meeting addicts where they are

Another change in the way police approach the opioid epidemic came about from the simple realization that enforcement will not solve the crisis alone.

“Our drug seizures haven’t dropped. Our arrests are either at same levels or have increased. So, the enforcement is there,” Clarke said. “So what is the solution? Is it in the treatment area? Is there enough treatment available?”

Once two very separate entities, often with fundamentally different approaches, law enforcement and health officials are finding themselves increasingly on the same page on substance abuse. For police commanders such as Clarke, who also volunteers with Vigilant Hose Co. in Emmitsburg, there was never any disconnect between police and health experts when lives are at stake.

“A lot of these overdose deaths appear to be taking place after long periods of abstinence. You see a pattern where they’ve apparently tried to clean up, and then, when there’s a relapse, that’s when the death occurs,” Clarke said. “There’s always that chance that someone can get the help they need if you’re able to get them through the hump, but you have to be able to keep them alive before you can get them there.”

The partnership between local law enforcement agencies and the Frederick County Health Department solidified this year with the expansion of a peer recovery specialist program launched by the Health Department in May 2015 at Frederick Memorial Hospital, Drennan said.

Designed to place specially trained addiction counselors in any public agency that addicts are likely to come into contact with, marrying peer specialists with the Sheriff’s Office was the natural second step after the Health Department secured additional funding following the success of the hospital program, Drennan said.

“This is a disease and part of that recovery is we’ve got to meet those folks where they are in a nonjudgmental way and present them the opportunity, again and again, over and over again, to recover,” she said.

Another peer counselor began splitting time between the Frederick County Adult Detention Center and the county’s work release program in May, while a third peer started in September with parole and probation, said Santita Prather, a recovery support coordinator with the Health Department.

“Our last effort will be hiring a peer to work directly with the Frederick Police Department,” Prather said of the health department’s goal for 2017.

Drug seizures and arrests kept pace with previous rates in 2016 as Clarke indicated, but the numbers were still significant, according to Lt. West.

Detectives in West’s section alone seized 1,104.8 grams — about 4.2 pounds — of heroin in raids and arrests conducted in 2016, he said. Smaller amounts of heroin are seized almost daily by patrol officers from both the Sheriff’s Office and the county’s municipal police forces, as well as state police, West said, pointing out that the year-end drug seizure total will likely be on par with past years once all of the data have been compiled.

Detectives in both West’s narcotics section and Frederick police’s drug unit responded to every fatal overdose to try to identify where the drugs come from and clamp down on suppliers rather than individual users.

“That’s our key, that’s our target that we’re looking for; we want to identify and take down those folks that are responsible for trafficking heroin in this county,” West said, adding that investigators try to follow up with all nonfatal overdose victims.

In addition to identifying supply chains and uncovering emerging distribution networks, police are better able to anticipate dangerous trends by approaching drug use more as a disease rather than immediately resorting to arrests following an overdose.

“We tend to see a series of overdoses when there’s potentially ‘bad’ heroin with fentanyl or another drug mixed into it moving into the area,” said Lt. Dennis Dudley, who oversees the Frederick Police Department’s Narcan program.

Membership in the network establishes clearer lines of communication and direct enforcement partnerships with federal agencies such as Homeland Security, as well as more access to federal funding, West said.

HIDTA resources were key in the dismantling of a heroin distribution ring in Frederick County in June that resulted in nine arrests from Maryland to New York, West said. Local HIDTA partners seized more than a pound of heroin — much of it laced with fentanyl — 202 oxycodone pills, 18 firearms and four vehicles in that operation.

“Our tactics aren’t going to change a lot,” West said. “... We’re going to continue to work with our partner organizations here at the Sheriff’s Office because when we can share intelligence information and talk about common targets or suspects in drug trafficking here in the county, it really makes us a stronger force.”

Legislation aims to increase access to overdose-reversal drug in Maryland

ANNAPOLIS — As the number of heroin-related deaths continues to climb in Maryland, two Frederick County lawmakers are backing a bill that woul…

Is anyone else bothered by the redundancy of the headline and subsequent opening paragraph?

Good luck with treatment options in Maryland. All they want is to replace one addiction with another, methadone. And if your lucky enough to have health insurance that covers anything you have to grapple with them daily to keep someone in treatments after a three day withdrawal time limit. Other options include paying for it yourself, which is very very expensive with the average family unable to afford. Maryland is a joke when it comes to treatment for drug addiction.

Lets face it the "war on drugs" has been an absolute failure and a colossal waste of time, energy, and of course $. A failure in every sense other than a jobs program, It is time for a new approach, one that focuses on sensible approaches rather than prohibition, which has never worked historically.

harsher consequences for the dealers. And treatment for the users. Any money or assets confiscated from dealers to go to rehabilitation for the users.