You are the owner of this article.
Edit Article Add New Article
You have permission to edit this article.
Edit
Home
News
Opinion
Sports
Topics
Calendar
Classifieds
Special features
Contests
Become a carrier
1 of 9 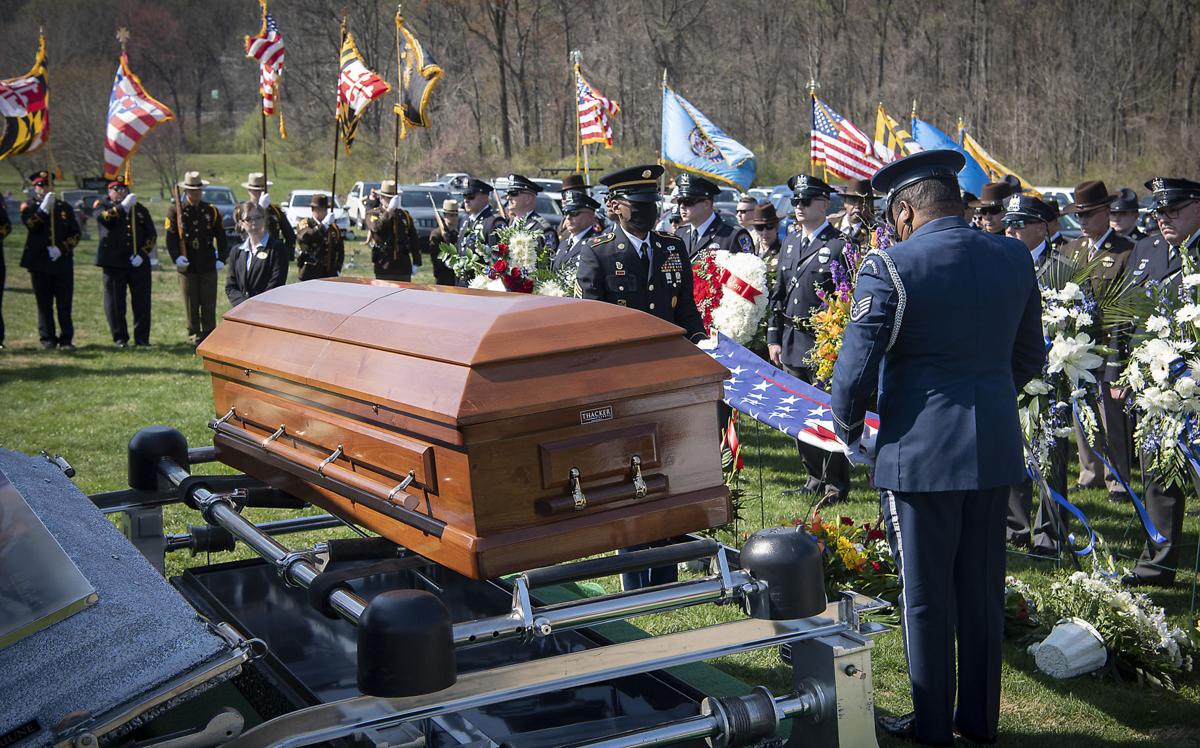 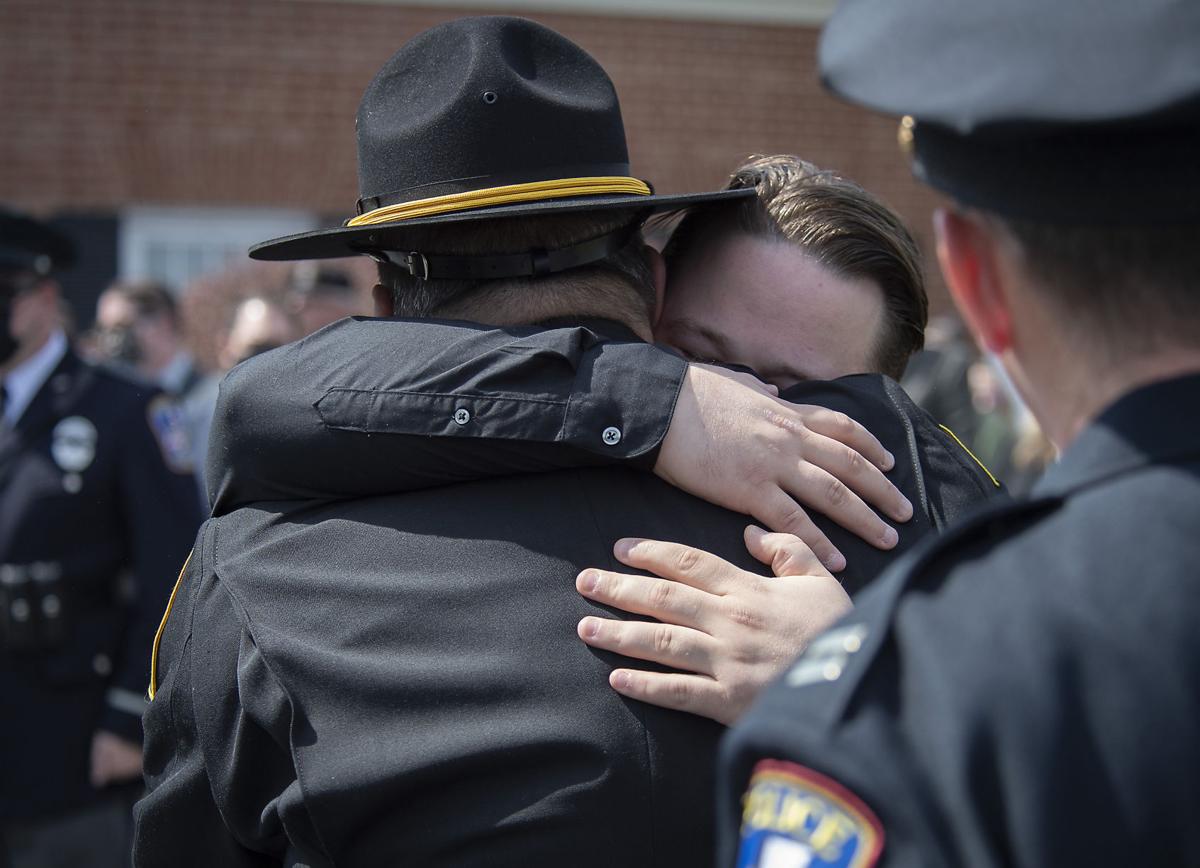 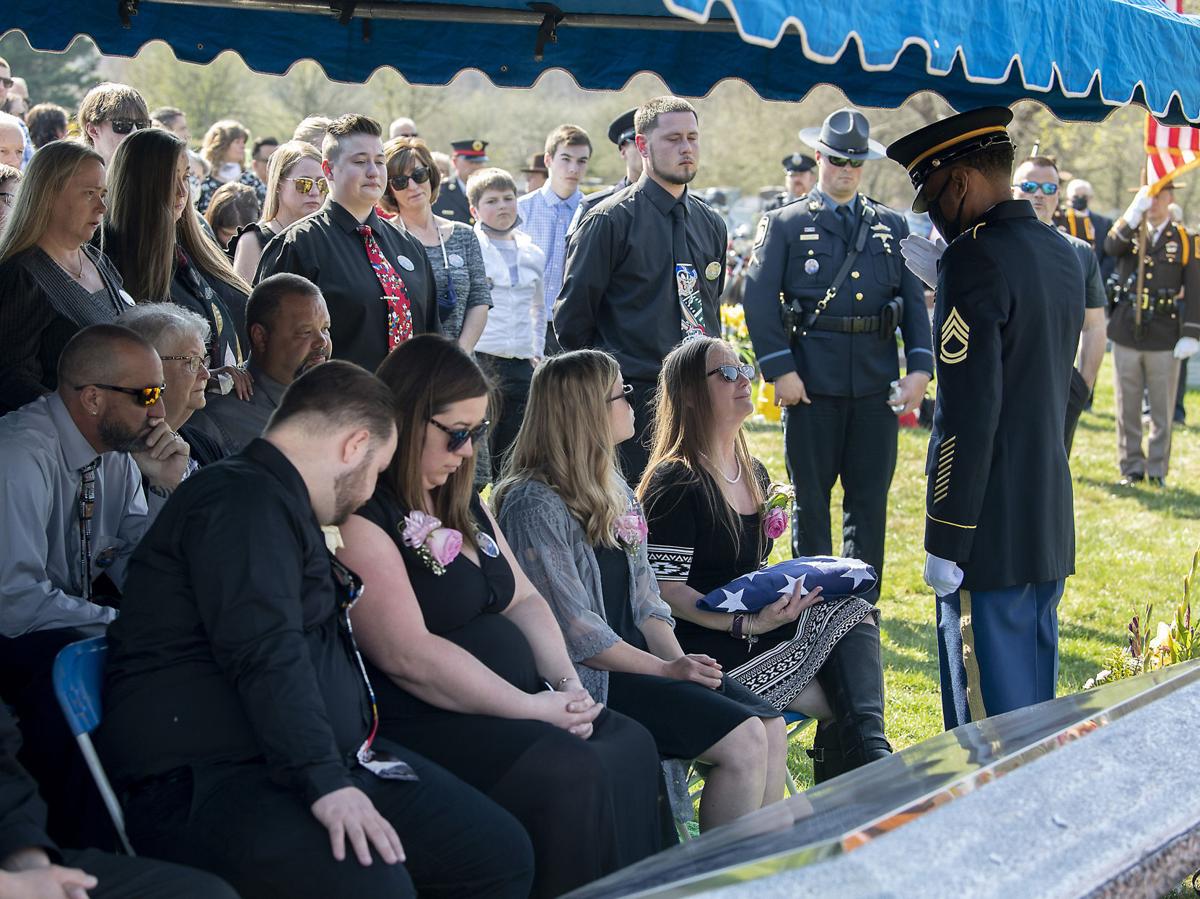 An Air Force officer presents the folded American flag that had covered the casket of Milton Frech Jr. to Frech’s wife during Tuesdays funeral. 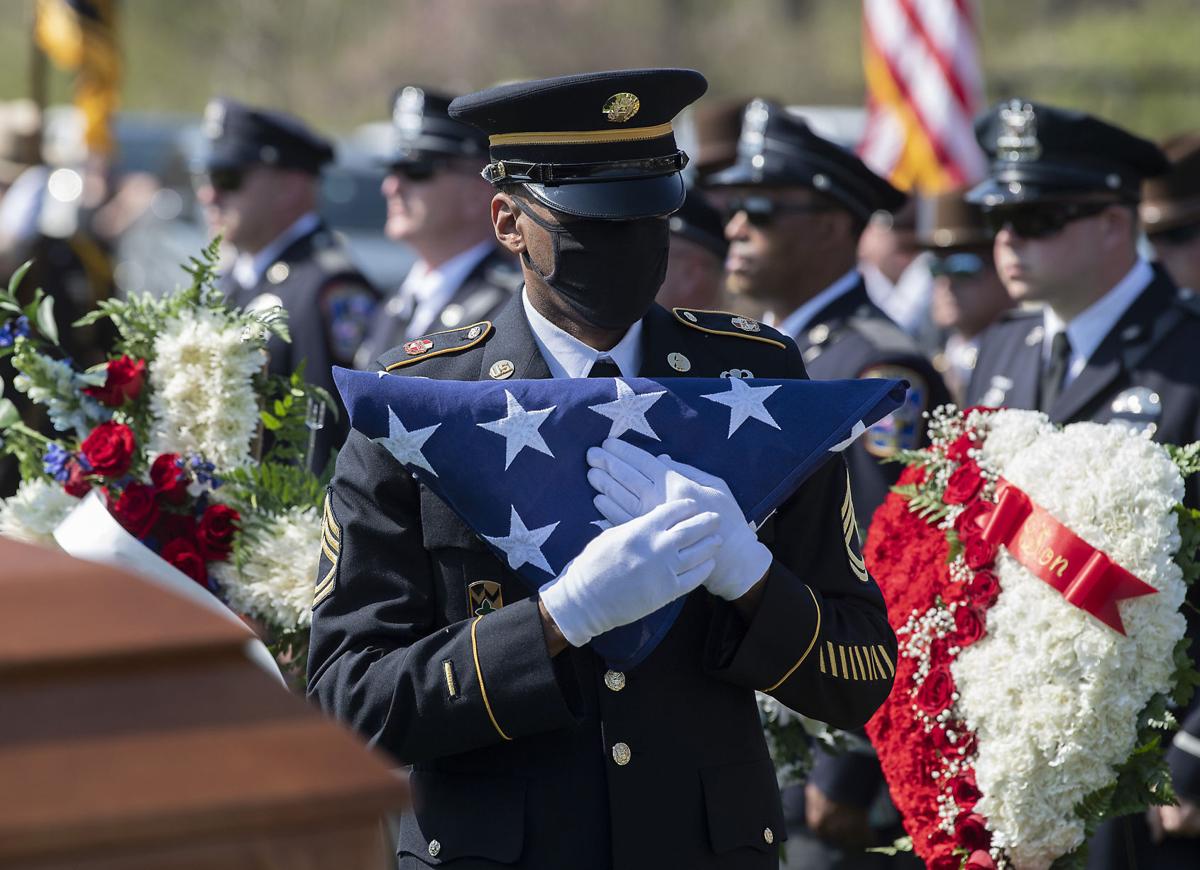 An Air Force officer handles the folded American flag that had covered the casket of Milton Frech Jr. before it was presented to Frech’s wife. 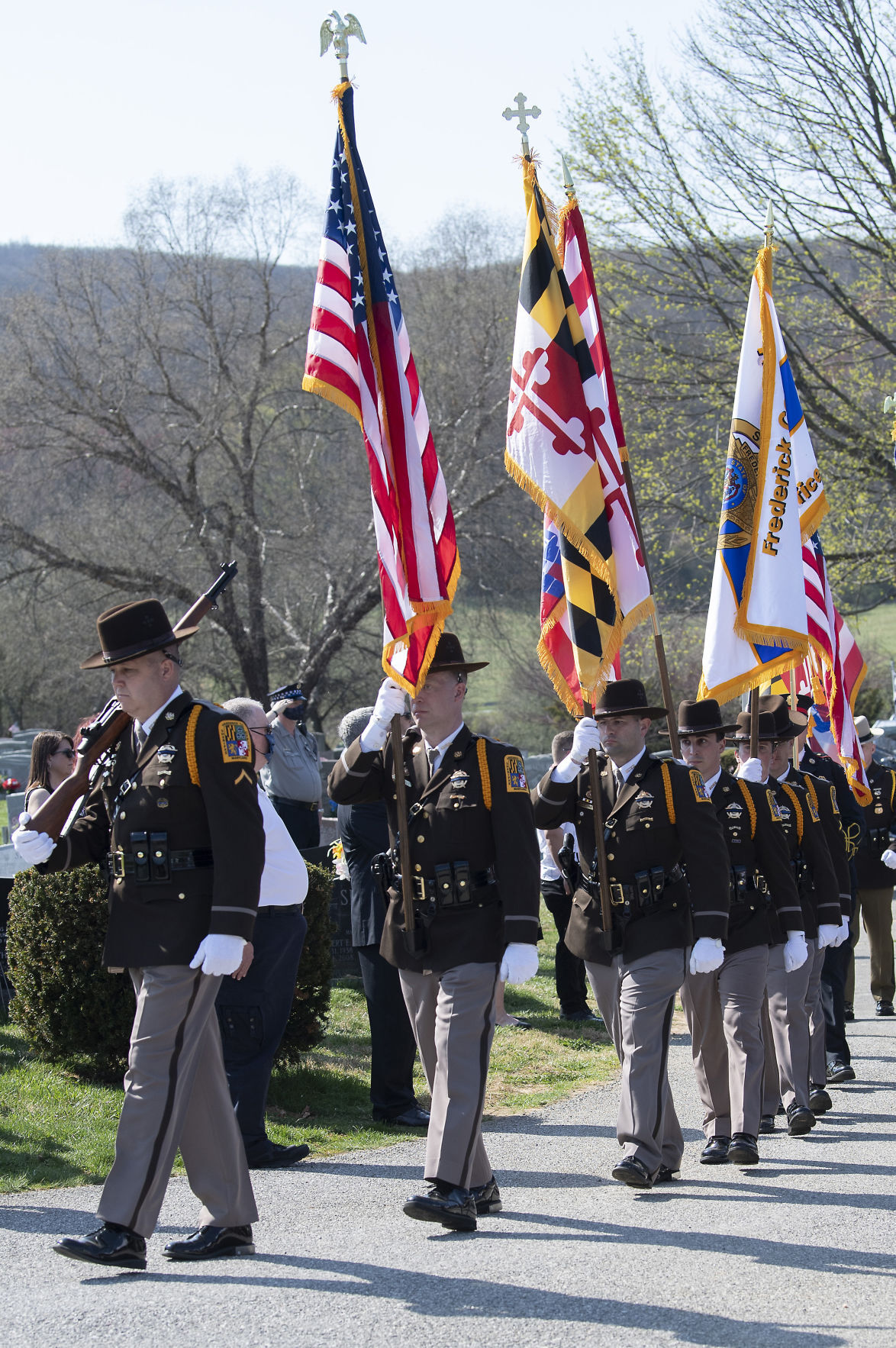 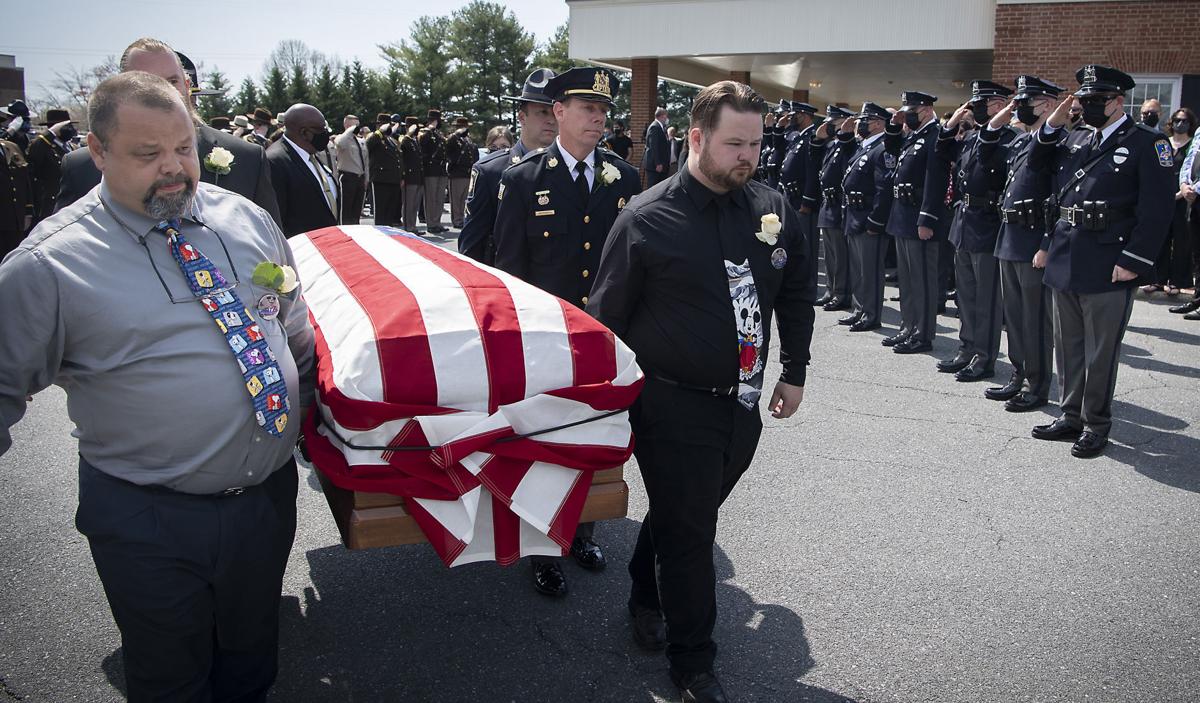 Pallbearers including family and members of the law enforcement community carry the casket of Brunswick Police Chief Milton Frech Jr. to a hearse following a service Tuesday afternoon in Frederick. 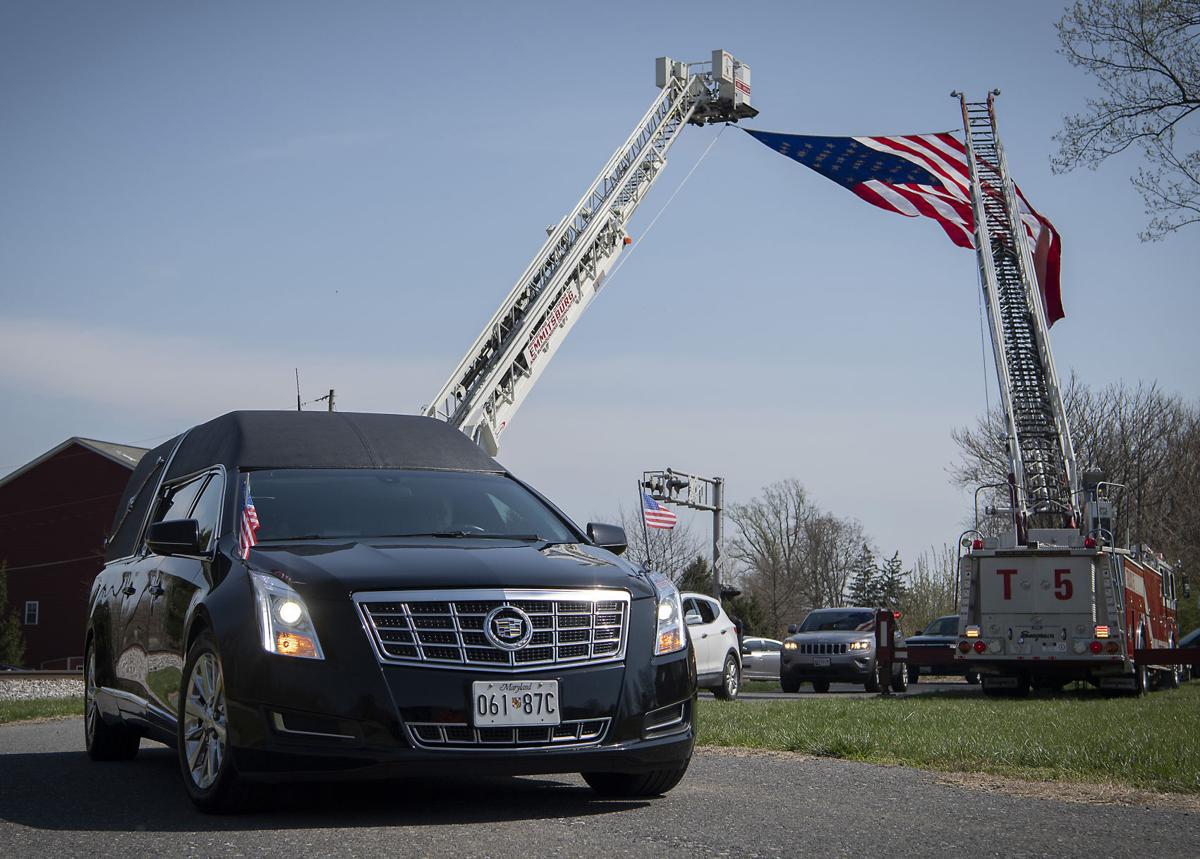 The hearse carrying the body of Brunswick Police Chief Milton Frech Jr. and a long processions of family, friends and law enforcement personnel pass under a large American flag at the entrance to Blue Ridge Cemetery in Thurmont Tuesday afternoon. 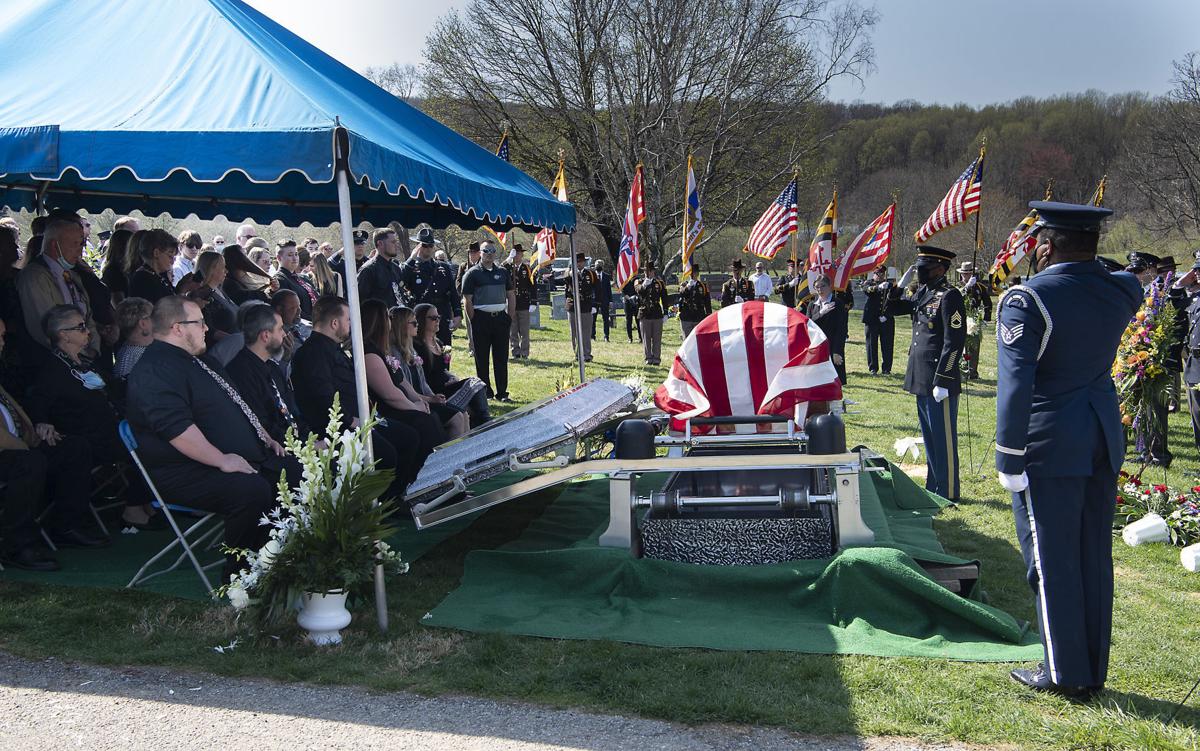 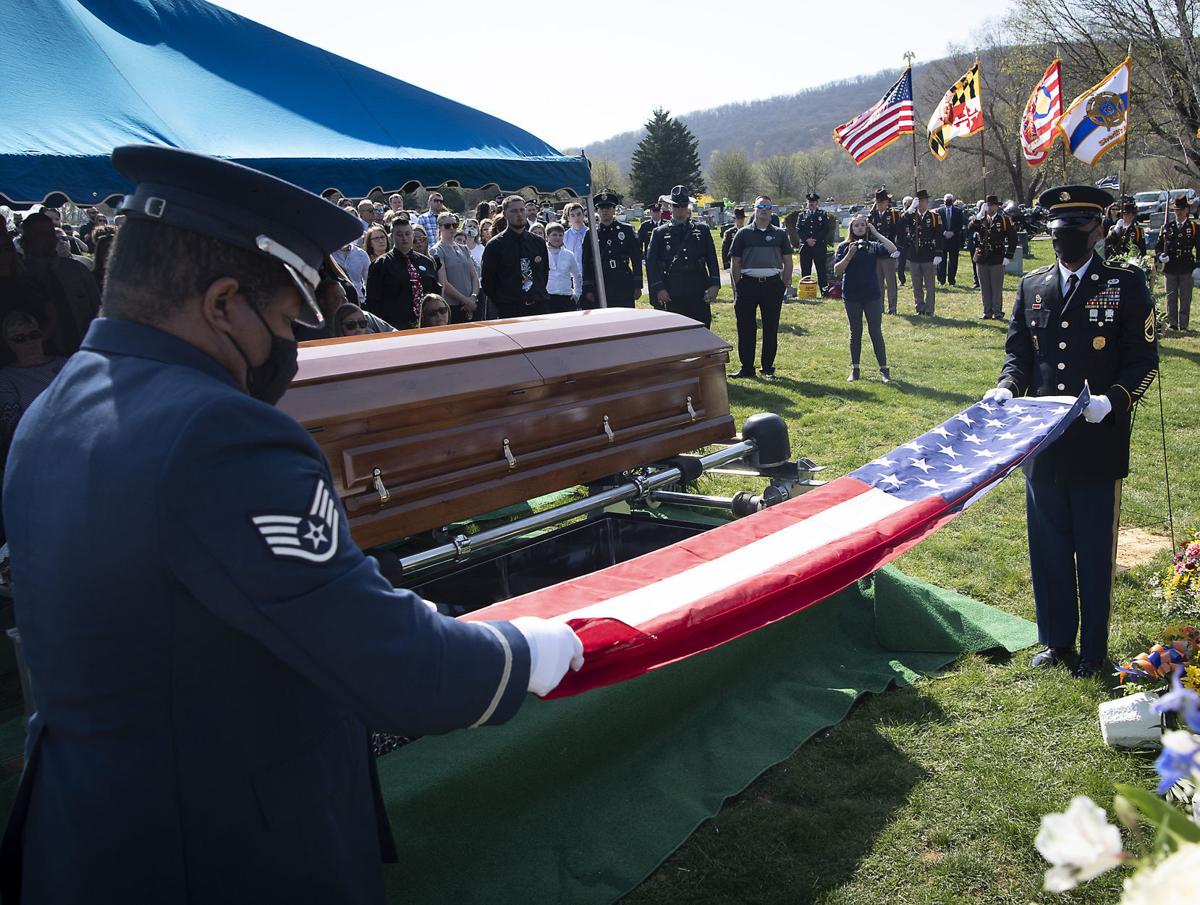 An Air Force officer handles the folded American flag that had covered the casket of Milton Frech Jr. before it was presented to Frech’s wife.

The hearse carrying the body of Brunswick Police Chief Milton Frech Jr. and a long processions of family, friends and law enforcement personnel pass under a large American flag at the entrance to Blue Ridge Cemetery in Thurmont Tuesday afternoon.

Members of Brunswick Police Chief Milton Frech Jr.’s law enforcement family past and present lined up for a final salute Tuesday afternoon, offering a farewell to a longtime officer in the Frederick County law enforcement community.

On one side stood the officers of Frech’s own Brunswick Police Department, while officers from departments in Maryland and Virginia on the other side saluted as friends and family carried Frech’s casket to a waiting hearse.

Frech, 56, died unexpectedly on March 30 at his home in Emmitsburg.

Major Troy Barrick of the Frederick County Sheriff’s Office, where Frech worked for more than a decade, said Frech welcomed him with open arms upon his own arrival at the sheriff’s office 26 years ago.

“I don’t know how you couldn’t be friends with Milt,” Barrick said.

Frederick Alderman Kelly Russell said she met Frech when they both worked at the Frederick Police Department in the late 1980s and early ‘90s. As the department’s assistant supervisor of special operations, Russell said she often worked with Frech on narcotics operations.

“He always greeted you with a handshake and a smile,” Russell said.

In recent years, she most often ran into Frech at graduation ceremonies for new officers, she said.

Frech was a father figure to the younger officers on the Brunswick force, Capt. Kevin Grunwell, of the Brunswick Police Department, said during a eulogy Tuesday.

When Frech took over in Brunswick, the department’s equipment and pay weren’t great, Grunwell said.

He developed the department into a place where young officers and others wanted to come to, he said.

It says something about who Frech was that four very different mayors chose to keep him as the town’s police chief, he said.

He was appointed chief in 2009 when, to his surprise, the city council voted him in unanimously during a council meeting. He interviewed for the permanent position while serving as acting chief at the time and succeeded former Chief John Smith.

He and his sisters couldn’t go to the store with their dad without him getting stopped and talking with someone, sometimes someone he had locked up, he said.

Frech’s long service in the region’s law enforcement community was reflected in the departments who sent representatives to Tuesday’s service. Among those were the Maryland State Police, Baltimore County Police Department, the Washington, Frederick, and Carroll county sheriff’s offices in Maryland and the Loudoun County Sheriff’s Office in Virginia, and the Frederick, Thurmont, Gaithersburg, Hagerstown, Fairfax (Va.), and Leesburg (Va.) police departments.

Even after he left and took the Brunswick job, Frech would stop by the Frederick County Sheriff’s Office’s headquarters to see old friends, Barrick said.

Sheriff’s deputies took over patrolling Brunswick Tuesday so all of the city’s officers could attend the funeral.

“Just because he left, that bond between our agencies still remained intact and even got stronger,” Barrick said.

Did Covid disappear overnight? The majority of those in attendance have NO masks on. Do people not understand that they could end up mourning the loss of another loved on by spreading this around?