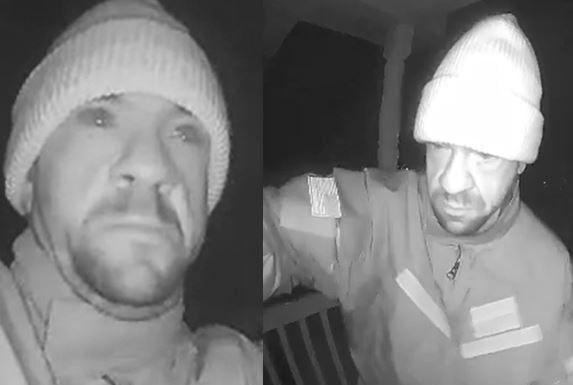 The U.S. Secret Service charged James Dale Reed, 42, on Wednesday after a threatening letter was found in the mailbox of a home in Frederick that had signs for presidential candidate Joe Biden in the yard. A doorbell camera captured this image earlier this month. 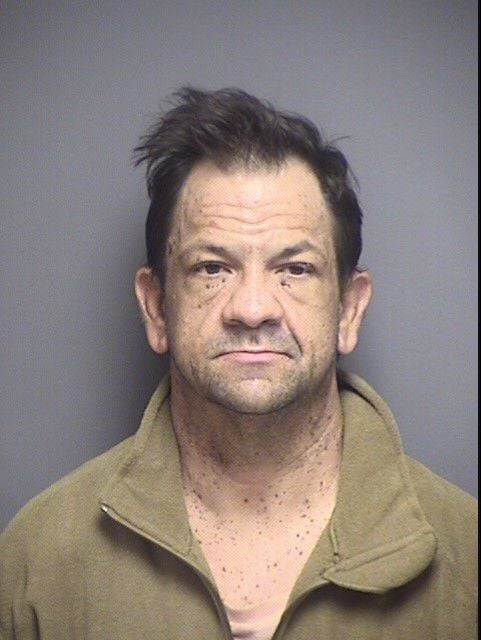 James Dale Reed, 42, was charged Wednesday in a criminal complaint filed in the U.S. District Court of Maryland. Secret Service agents had previously interviewed him at his Frederick home.

The U.S. Secret Service and Frederick police launched an investigation after a note was left in the mailbox of a Frederick home earlier this month that had a Biden-Harris sign in the yard. The Frederick News-Post previously reported the letter appeared to be randomly placed there.

“We take these types of threats extremely seriously,” U.S. Attorney Robert Hur said in a statement. “Such threats to commit violence are illegal and have no place in our democracy, and we will hold accountable those who make them. We are grateful for the assistance of the City of Frederick Police Department and to citizens who provided tips that ultimately led to Mr. Reed’s arrest and these federal charges.”

Frederick Police Lt. Kirk Henneberry said Wednesday that Reed has been held at the county jail without bail since Monday. Court records show Reed was also charged with the threat of mass violence, a misdemeanor charge, along with electoral operation offenses, another misdemeanor. He was arrested by police Friday, the records show.

Melissa Rothstein, director of policy and development a the Maryland Office of the Public Defender, said in an email her office was representing Reed. Rothstein declined further comment on the case.

The letter, which was allegedly left by Reed, says those who support Biden and Harris will be “targeted” and that he has a list of homes and addresses with those candidates’ signs.

“We are the ones with those scary guns, we are the ones your children have nightmares about, the boogeymen coming in the night,” the letter reads in part. It also included death threats toward both Biden and Harris, among others.

Reed faces up to five year in prison if convicted in federal court. Henneberry said he couldn’t immediately recall another investigation like this one, and also thanked the community for their help.

The perpetrator was captured by a doorbell camera, according to the U.S. District Court complaint and prior News-Post reporting.

“It’s a good example of putting out an image, asking for the public’s help, and that working out,” Henneberry said.

Frederick police and the U.S. Secret Service continue to investigate a threatening political letter left in a resident's mailbox on Sunday, an…

But HE is a HE. Something no one talks about is that most crimes are committed by males. Is testosterone really that bad? How is this fixed?

This is "entitlement" on the opposite end of the spectrum from what we are usually thinking. This man believes he is entitled to threaten the lives of others because he isn't getting his way. No he is not. This guy needs to do long hard time in jail and should have to work to pay for his incarceration.

While he apparently is a disturbed individual, the Feds probably wont do anything. Remember when Madonna threatened to blow up the White House, nothing came of it.

He can’t sing ‘🎶 like a virgin for the very first time 🎵’, this wasn’t his first time. He’s previously made threats.

Unfortunately, blue, "apparently disturbed individuals" are frequently those at increased susceptibility to being "inspired' to threaten and to act upon Trump's well-known dog-whistles stoking violence, bullying, and threats. The letter was particularly heinous in it's portrayal of intended violence towards Senator Kammala Harris, as well as in describing the execution of both Biden and Harris. I wouldn't be so sure that the feds won't do anything. However, I am reminded that back in Kenosha in August, the 17 year old charged with the 2nd degree murder of 2 protestors, was being hailed as a hero by Trump and other right wing screwballs. See how this works, blue? This is not the America that the majority find acceptable, or will vote for, any longer. What is the point, at this late date, in attempting to minimize the conduct and the threat posed by Trump's words, and the actions of those followers he so tragically inspires?

One of Trump’s very fine people.

He looks like he won’t need soap on a rope...

I meant to write “birthers” instead of “brothers”below. Auto correct, can’t live with it, too convenient to live without it.

Sadly, there will always be some dim witted enough to buy into the propaganda machine’s messages. I suppose what concerns me is the magnitude of how many have fallen into the trap. Qanon, flat earth, email scandals, brothers, alternative facts, mask conspiracies, ect. The list goes on and on. It is nearly impossible to have a conversation with these people. In fact, it can be hazardous to your health. I had a co-worker threaten me because I said the House of Representatives had enough votes to impeach the President. An undeniable statement of fact. He had to be physically separated from me. This is not good.

MrSniper - the “some” is now about 40% of our fellow Americans. That's not sad, it’s frightening

When searching for information on Mr. Reed I found his Father's Obiturary from a month ago https://www.fredericknewspost.com/obituaries/james-reed/article_a5d15c39-427a-555d-88eb-1b1497bb4e4f.html Perhaps this contributed to him cracking... People should at least have a little compassion

I have compassion when a distraught person says something mean spontaneously because they are stressed. When someone threatens violence on more than one person with such notes then no, I do not have compassion.

Not the same family. The obit did not give a middle name. There are several James Reeds in Frederick County. I believe the son listed in the obit is James M. As far as spontaneous cracking, another article said "Additionally, the affidavit noted that Reed is known to the US Secret Service for making a threatening statement against a person under USSS protection back in 2014."

"Once again I ask a simple, honest, uninformed question that I could answer in mere seconds though the magic of Google and immediately get attacked for being lazy" There, fixed it for ya

Again Butch just calm down a tad, actually I’m reporting your comment because of the racism you just put on full display! Hey moderators! Seriously? Can you ban CD now?

Checking this "man's" Facebook photos and he seems at the least mildly handicapped.

All those "Jesus" posts aren't aging well for sure.

They never do. They guy has been AWOL for over 2000 years...he ain’t coming back.

So what was the threat he made against Biden and Harris? Looks to me like he was only threatening a few of their supporters.

Don't try to make excuses for your fellow supporters.

You're not even trying, are you C.D.? The original letter is available to read and the pertinent excerpts are in the criminal complaint. Educate yourself! https://www.scribd.com/document/481032625/James-Dale-Reed-Attachment#fullscreen&from_embed

Duh duh. Read the first article. The letter "contains threats to Democratic presidential and vice presidential nominees Joe Biden and Kamala Harris, as well as former Arizona congresswoman Gabrielle Giffords, and says the writers have collected a list of homes with signs supporting Biden and Harris."

Mr. Reid,you know, I have always thought your posts were often ill informed. Now I know it. Why don’t you at least read the original article and letter before you hang yourself out to dry?

I believe CD is, as always, judiciously waiting for someone (anyone, really!!) to confirm this man's race, before he makes a final committment as to whether he calls him a sc*mbag, a thug, a gangmember, a low-life or something similar, frosted with the intonation of BLM! said with derision....or WLM! with a fist-bump to the missus on the sofa. (BUT, with no racist intention implied....he assures us).

BUT there's a big fly in the hair here for CD and those likeminded Trump lovin' defenders. All things point to the perpetrator being a fine Republican of the "good people on the both sides" camp, dedicated to showing his supreme loyalty to his president and his party on his evening rounds. (Let's give him credit.......he wasn't carrying a burning torch to light his way as he threatened those with Biden signs, was he?) What a quandry. I've got my money on the Trump supporters here absolving Donald of ANY responsibility whatsoever for invoking or inspiring obscene, violent, incendiary and threatening language and acts on our neighbors, or any of Donald's opponents. Their silence will be deafening.

CD looks up the race of all the perpetrators in the FNP on the Maryland Judiciary website in case there is a Black guy with an Irish or Polish or.......? name to make sure he isn’t attacking a White guy.

Why are you even allowed to post here? Seriously? You "think" threatening anyone is ok? Just.Stop.

CD, The other day I asked why you want people to think you are racist. You seemed incredulous. It's basically this: If you walk like a duck and you quack like a duck, you should not be surprised to see a duck in the mirror.

Anyone who uses the word "only" before the word "threatening" has a disturbing outlook.