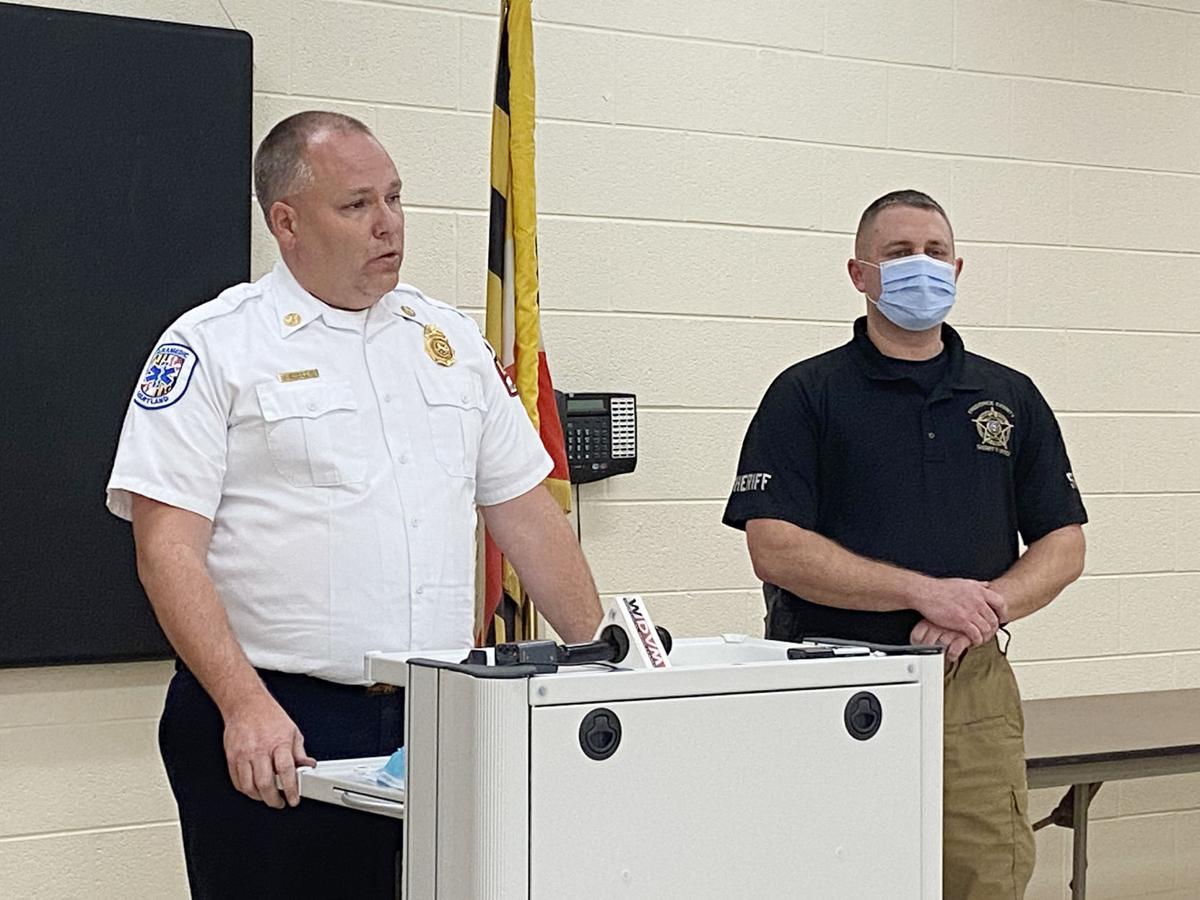 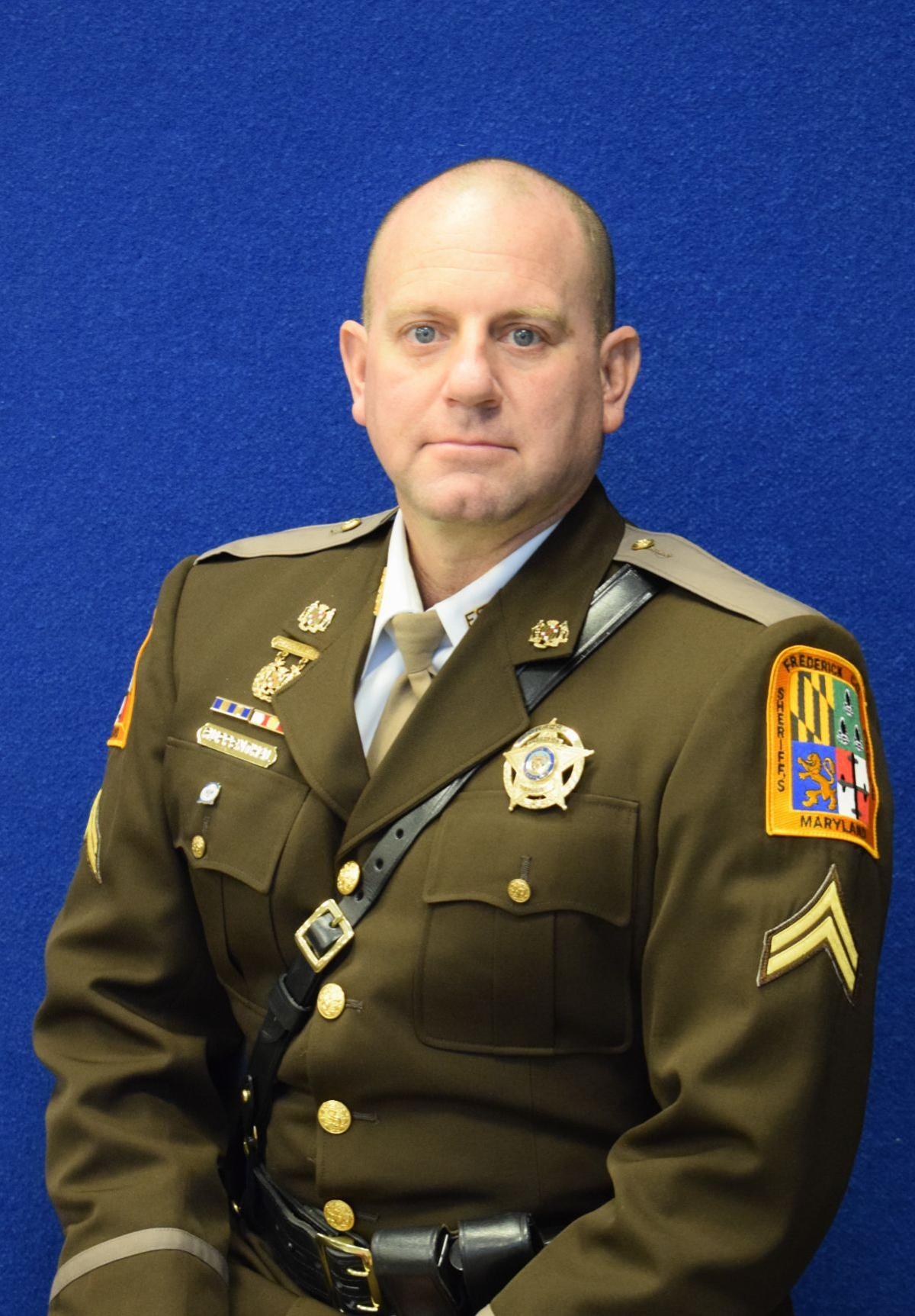 Deputy First Class Bart Ruppenthal was three-plus years into his service with the Frederick County Sheriff's Office in the early 2000s when his vehicle was struck on Route 15 North during a traffic stop.

He was parked on the shoulder at the end of the acceleration ramp between West Patrick Street and Rosemont, behind the stopped vehicle. He wrote a traffic citation by hand, as they did nearly two decades ago. Ruppenthal felt a push from behind.

“I was focused on completing the traffic citation," he said. “My pen went straight off the paper."

Another vehicle hit his police car -- which had its emergency lights on -- sending Ruppenthal's vehicle into a lane. After the crash, investigators estimated the striking vehicle was traveling upwards of 50 mph. Ruppenthal was flown from the scene. His hand was in a cast for about 10 weeks, and he suffered a back injury.

While his injuries were not life-threatening, the experience stays with Ruppenthal, now a sergeant and patrol team supervisor. When he hears tires pass over rumble strips, he's sure to look up.

Experiences like Ruppenthal's are what Maryland's Move Over law tries to prevent. Enacted in 2010, but expanded in subsequent years, the law requires motorists "approaching from the rear of an emergency vehicle using visual signals while stopped on a highway to, if possible, make a lane change into an available lane not immediately adjacent to the emergency vehicle," according to a Maryland State Police statement.

"Emergency vehicles" include police cars, tow trucks, fire engines, ambulances, service and utility vehicles, plus waste and recycling trucks. If a vehicle has flashing lights, or other emergency signals, it's a safe bet that you should stay out of their way, authorities say.

But the law doesn't exist to protect police alone. On Nov. 10, a local crash sent two fire and rescue members to the hospital, along with two motorcyclists.

At the crash on Stottlemyer Road in Wolfsville, two first responders were hospitalized after a motorcycle struck them while they were tending to a patient from an earlier crash, according to the Frederick County Division of Fire and Rescue Services (DFRS). One motorcyclist involved, Annapolis resident Stephen Thomas Wolfrey, later died. Another DFRS member and two bystanders were also struck, but refused treatment, fire officials said.

Fire Chief Tom Coe said the three first responders struck on Stottlemyer Road were the first to be hit by a moving vehicle in several years. It's anticipated one of them will be off-duty for several months due to the injuries he sustained.

A few hours after the crash, Coe took the opportunity to remind drivers of the Move Over law.

While it's more rare for DFRS members to be struck on scene, it isn't uncommon for their vehicles to take a hit. Fire engines were struck in 2012, 2013, 2015 and 2016 while responding to motor vehicle collisions, in addition to the Myersville engine struck in Wolfsville this year. Three of the impacts occurred on I-70 eastbound, according to Coe.

Vehicles rear-ended two Maryland State Police troopers' vehicles in 2020 and one in 2019, according to First Sgt. Jim Egros, acting commander of the Frederick barrack. There were no serious injuries, he said.

Frederick Police Department's officer-involved crashes appear fewer. Lt. Andrew Alcorn could only recall one in the past 13 years.

As a crash reconstructionist and traffic management instructor, Ruppenthal's job requires him to think about roadway safety and crash prevention. He implores drivers to move over or to at least slow down.

“It’s imperative for the driver to move over to an available lane," he said.

In addition to preventing injuries, adhering to the Move Over law will keep drivers from incurring fines and penalties. A driver who doesn't move over to an available lane could face a fine between $110 and $750 and get points on their license, according to Maryland law. The fine and points increase if the violation contributes to an accident, serious bodily injury or death.

Motorcyclist dies after crash in Wolfsville

Slowing down and moving over is like being asked to wear a mask.

I’d be interested in hearing about what the leaders of all divisions of the first responders are doing to make sure their staff and crews are staging at scenes with the upmost due caution With how they park their units. I’ve seen many instances where first responders have hap hazzardly Staged their units any ole way

hey lead, maybe he wanted to make sure everyone could understand his words clearly so that stupid people might start to understand the importance of his words. I'm sure he masked up as soon as he was done speaking

Yet somehow others like Jan Gardner manage to wear a mask and make themselves understood. Perhaps Jan has that as a superpower?

Exactly. And those that follow my award winning FNP comments know that when I criticize Coe, I normally make it a point to state that “leaders all across the United States manage to speak infront of the public with their faces covered”. This time I forgott.

If Coe not wearing a mask means so much to you, Plumbum, then why don't you simply just contact him and tell him how you feel about it? HUH??? Are you just a little bit afraid to?

CD: Coe knows he should do so and he has chosen not to. What influence do you think anyone calling him will have? He has made his choice.

I'm not saying anyone would have influence on the man, shift. But if it means so much to Plumbum, then she could at least contact him and tell him her opinion on the matter instead of constantly whining about it here. Just what does that doing that over and over and over again accomplish? Apparently she feels the rules to posting don't apply to her, especially the one "Say it once, no repetitive posts please."

"it's a safe bet that you should stay out of their way, authorities say."

This is clear enough, but for some reason it does not give me the idea to move into the lane away from the flashing lights. Perhaps there is a better way to phrase it. But I do not know what to say to make it clear. "Move over and do not run over?" Can anyone do better? I hope so.

This picture shows how selfish and ignore Coe is