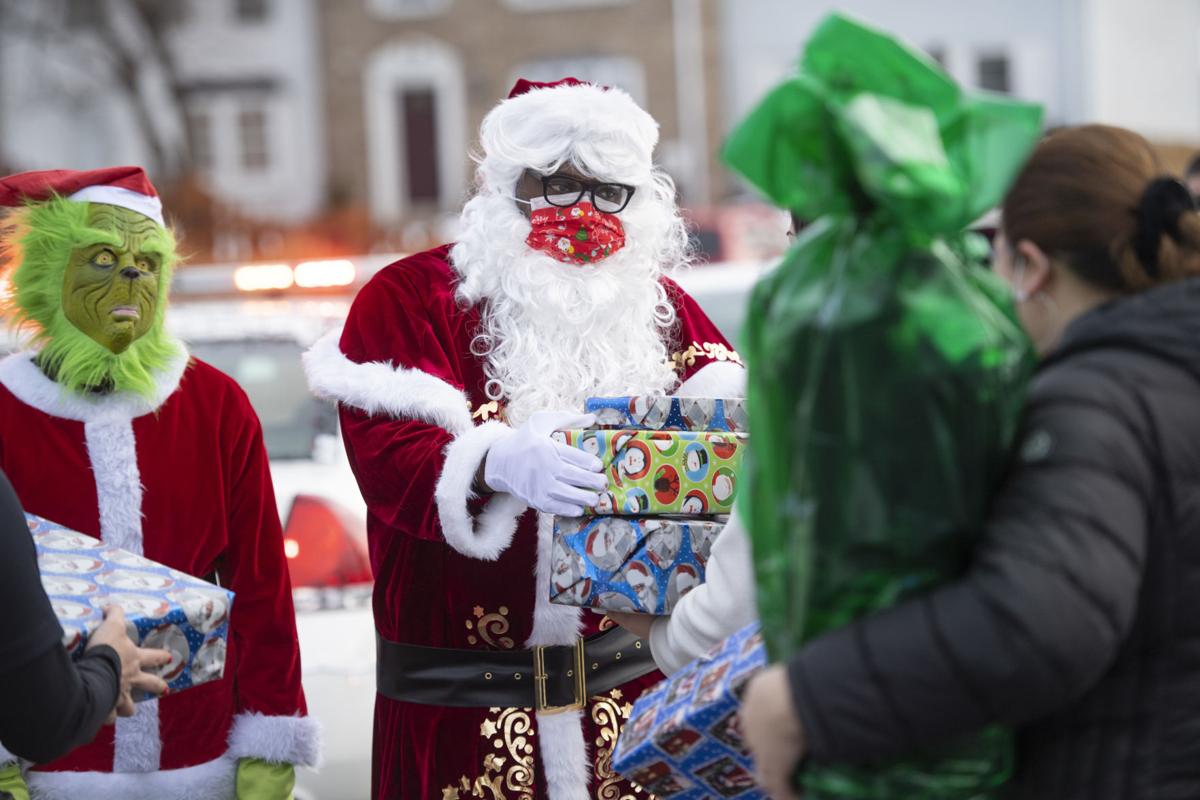 Santa and the Grinch joined Frederick Police Department officers Sunday to deliver gifts to a number of Frederick families ahead of Christmas. 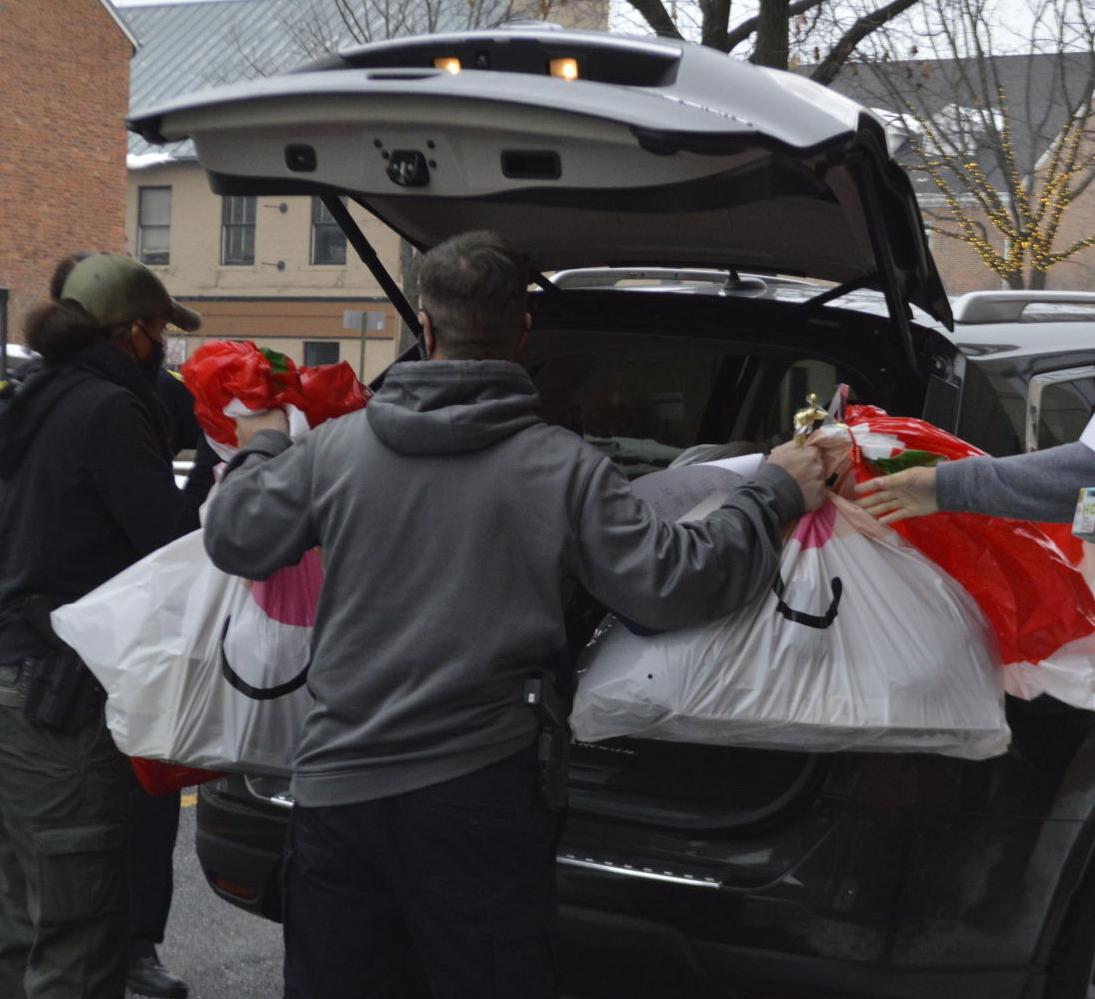 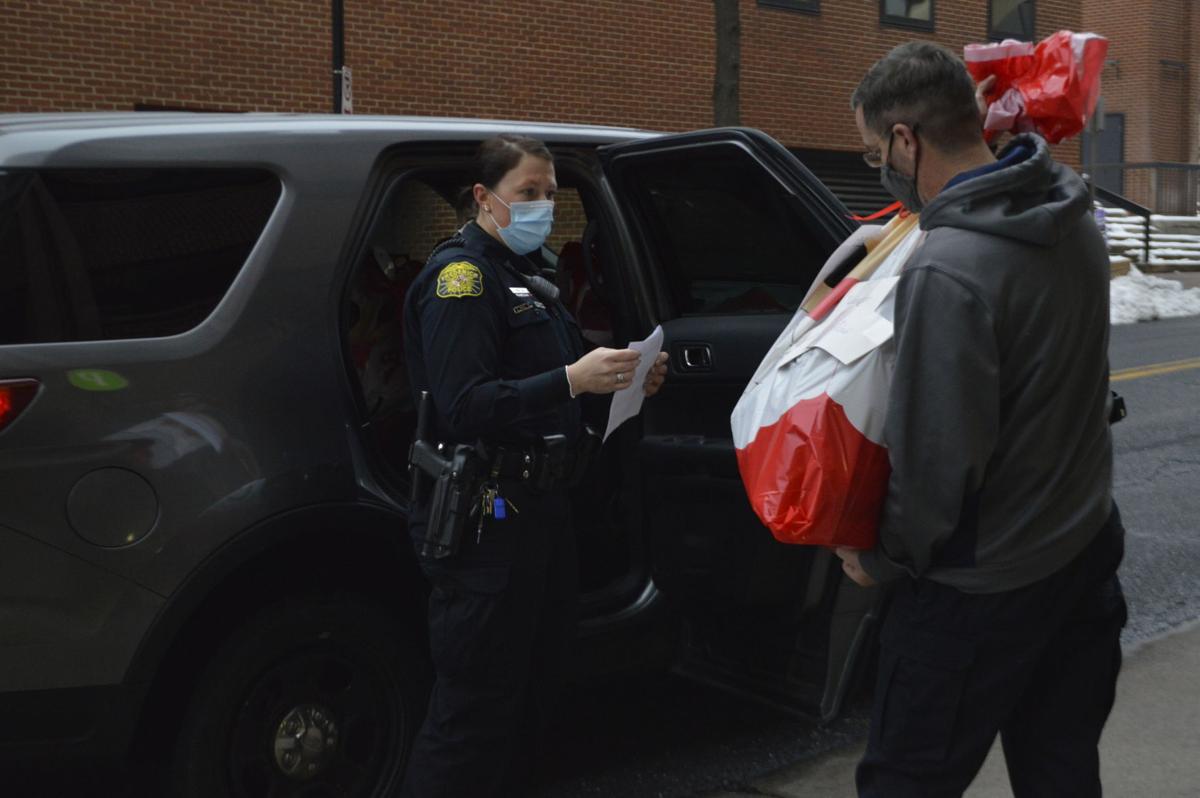 The gifts were wrapped, organized and ready to be distributed along the route Sunday. 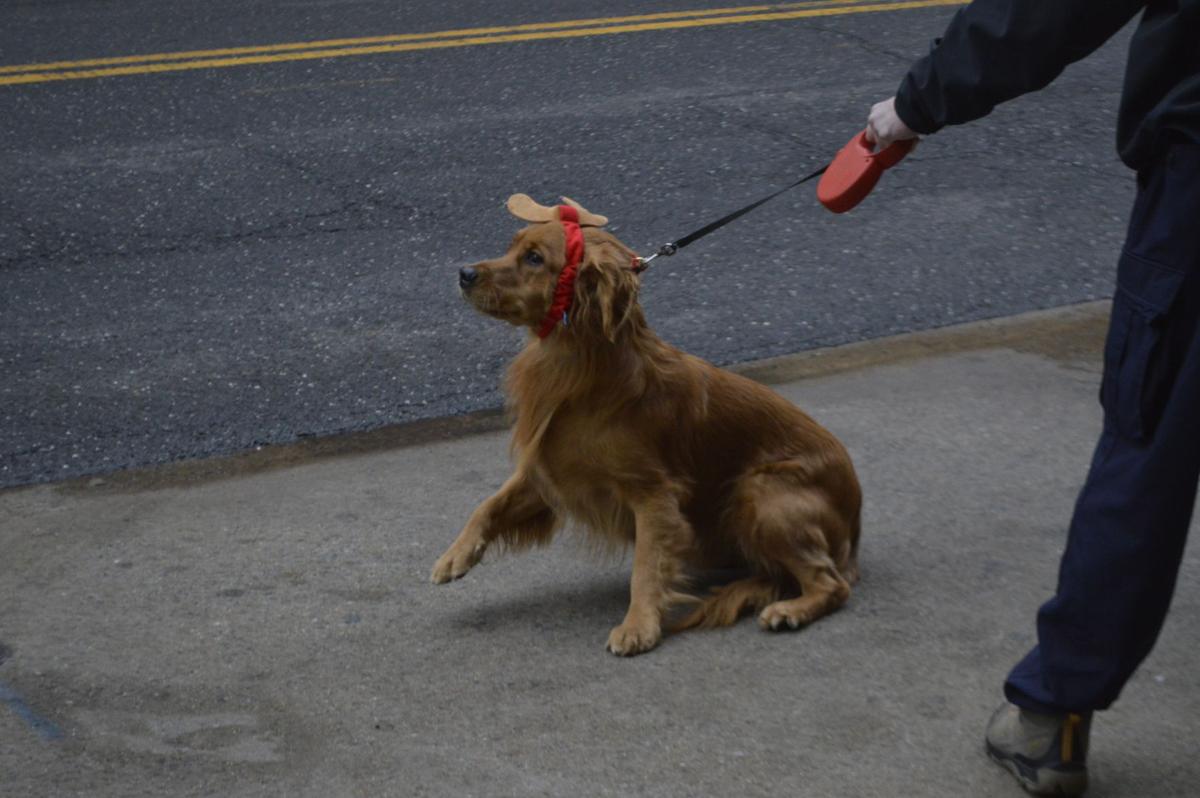 The day was complete with Frederick Police Department personnel, and a dog, dressing up in festive clothes and costumes. 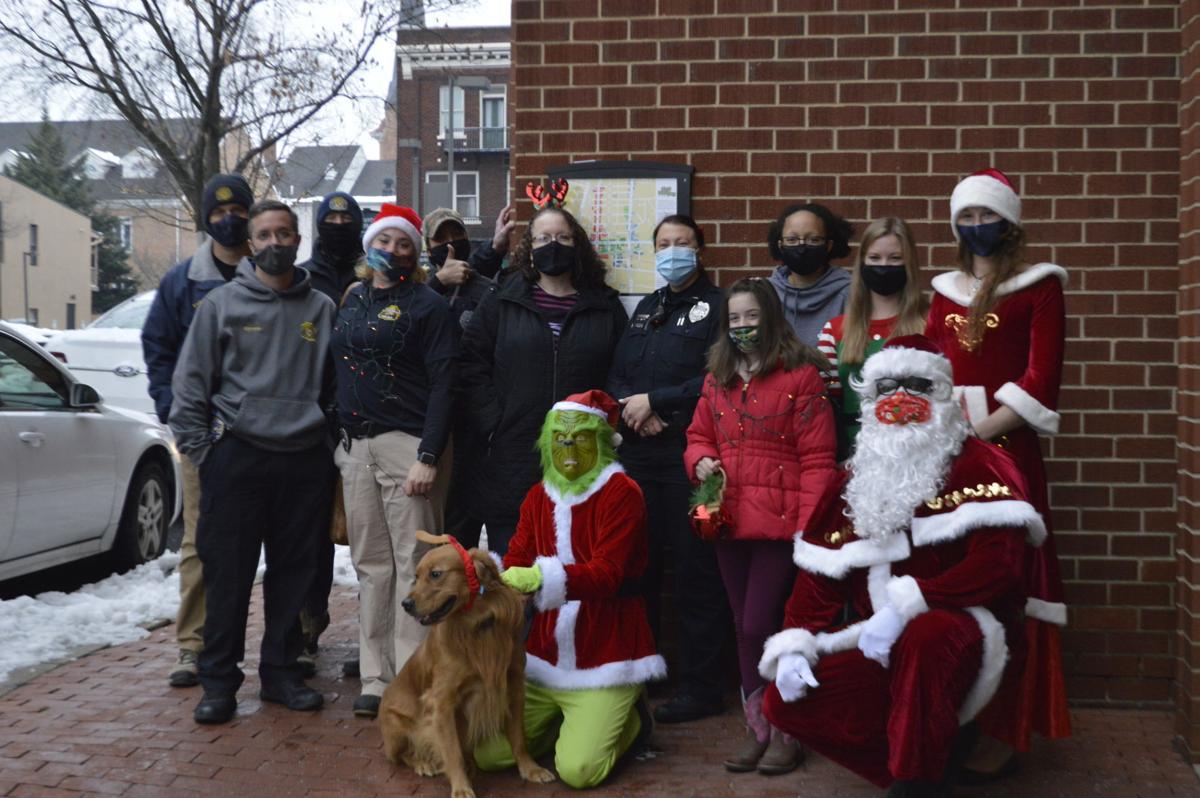 Frederick Police Department personnel pose for a group picture Sunday before heading out to deliver gifts to children in need.

Santa and the Grinch joined Frederick Police Department officers Sunday to deliver gifts to a number of Frederick families ahead of Christmas.

The gifts were wrapped, organized and ready to be distributed along the route Sunday.

The day was complete with Frederick Police Department personnel, and a dog, dressing up in festive clothes and costumes.

Frederick Police Department personnel pose for a group picture Sunday before heading out to deliver gifts to children in need.

More than 50 children received presents Sunday when Frederick Police Department personnel made deliveries to 22 families in the community.

With the help of the Fraternal Order of Police Lodge #91, Ruff Riders Motorcycle Club and the Frederick Optimist Club, Frederick Police raised enough money to help provide gifts for 54 children.

“This started last year with our school resource officers,” said Sgt. Rebecca Carrado of FPD. “We chose three families that we wanted to adopt last year. We’re in the school all year long. We become very attached to families and we knew of some families that needed help.”

FPD personnel then “adopted” children and got their gifts based on wish lists, ages and sizes provided by the families.

On Sunday, all the gifts were wrapped and organized by route so they were ready to be delivered by about 14 FPD personnel, some in festive costumes, including the Grinch and Santa himself.

“We worked with our school counselors to identify the students that needed some assistance this Christmas,” Carrado said. “We reached out to the parents and asked permission. That’s a personal thing to be invited into someone’s home for Christmas ... and to have that trust in your SRO that you’re going to bring someone’s child joy for Christmas. So it was wonderful that the parents were so willing to let us help them out.”

Carrado said it was important to not only help families again this year but to expand how many families were helped because as school resource officers, they haven’t been with their children in schools this year.

“We wanted them to know that we still support them and care about them and we miss them and so it’s important to us to kind of make a big statement this year that we’re here for our community, we’re willing to support our community any way we can,” she said.

It was a family event, Carrado said, not only because the whole police department as a family helped out but because they had brought along family members of their own to help distribute gifts.

Carrado hopes the children were happy and surprised.

“I don’t think any of them know that this is coming, we worked with their parents on this,” she said. “Like everything else, there’s ups and downs and this has been a rough year. But there’s a lot of community support and we just want them to have a happy, merry Christmas.”

School Resource Officer Maggie Lee was one of the officers who took part. She said she was most looking forward to the excitement and the happiness that delivering the gifts could bring each child.

“It’s been a very rough year and it’s especially been rough for the kids because they’re at home, they’re doing the virtual school,” she said. “It’s a whole new thing for them. It’s a whole new reality for parents who have to work as well. So just trying to bring them a stress-free day with some fun.”

Hate to say this, but that grinch does not have a mask on...just make-up apparently. Nothing over the nose or mouth. Come on already!!!

It is a Grinch mask. Using makeup and gluing on the hair/fur would have taken a long time and the hair would not be so uniform.

Thanks always to our men and women in uniform. I back the Blue, honor our Military and value our First Responders and applaud the generosity of our social service organizations.