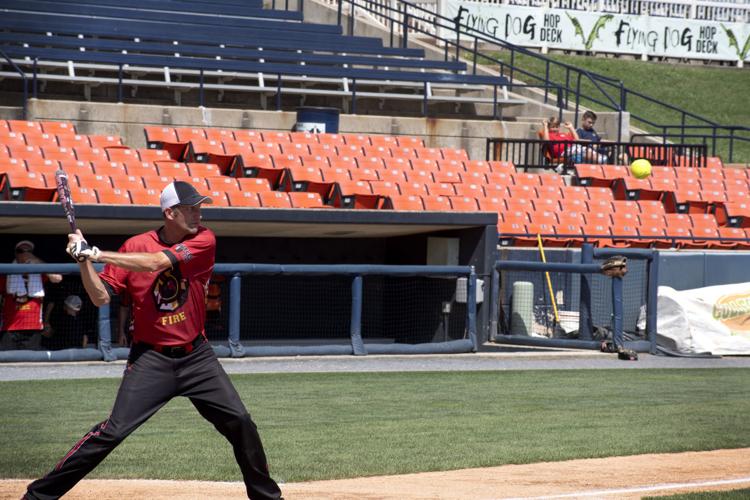 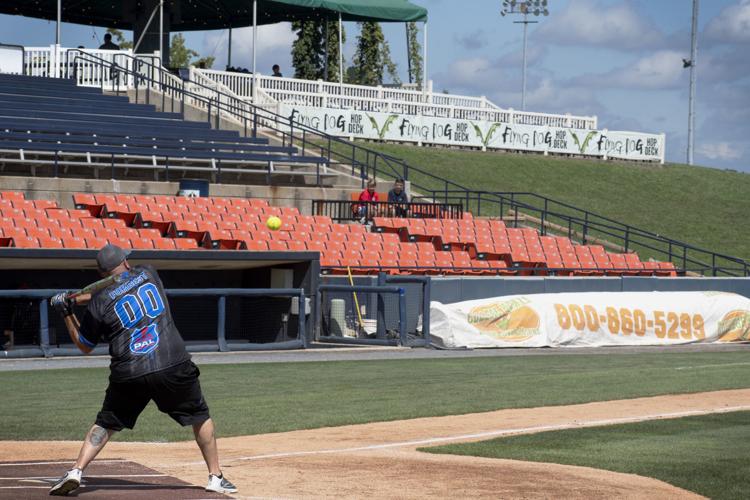 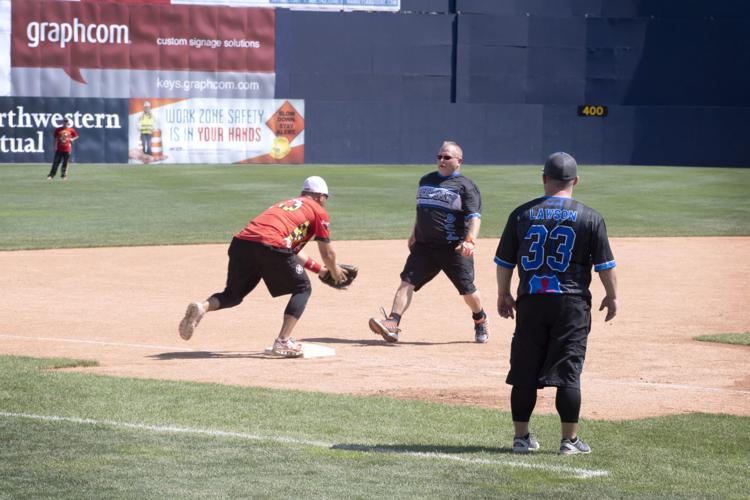 Officer Kevin Myers heads to third base as Hoses player Derek Young prepares to tag him out. 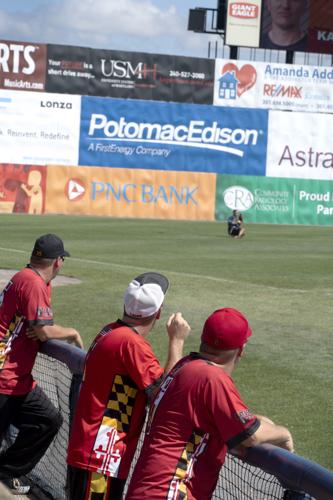 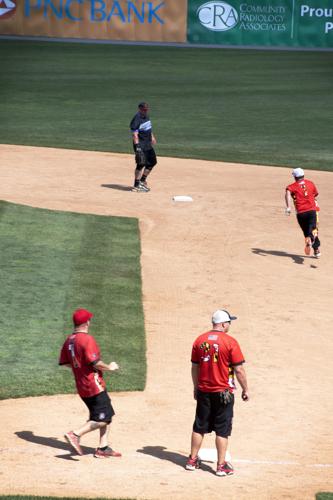 Officer Kevin Myers heads to third base as Hoses player Derek Young prepares to tag him out.

In the battle of police and firefighters, the police are victorious, again. Well, at least in softball.

The Guns, a softball team made of up of police officers across Frederick County, took home a trophy and bragging rights for the second time in a row at the annual Guns and Hoses Softball Game. The final score was 13-10 despite the Hoses, the county firefighters’ team, overcoming a couple inning slump to send a couple more players home.

“It always good to have the bragging rights on every scene,” said Frederick City officer and state delegate William Folden (R-District 3B).

The game is for a good cause, he said — it benefits the Frederick Police Activities League — but the best part is being able to trash talk the firefighters until the game next year.

“At the end of the day, it’s a great atmosphere for a good cause,” Folden said.

But the trash talking between the two teams is purely good fashioned and fun. Both teams are staffed with first responders who protect the county, said deputy Chris Shriner.

“I think there’s always a little competition between the firefighters and police officers,” he said.

Not that the firefighters are worried about the upcoming trash talk.

“They’re the police so we don’t listen to them anyway,” Frederick County firefighter Chad Petry said, jokingly. “In the end, they all want to be firefighters, so we take it in tread.”

Firefighter Kevin Trevey said that everyone jokes around with each other. The idea of losing bragging rights for a year didn’t faze him.

And while the teams might meet while on the job, it was nice to see each other in a different atmosphere and different uniform. “So it’s cool to come out and see a different aspect of people’s lives,” Shriner said.

The first responders work with each other every day, so it’s nice to see them in a relaxing, albeit competitive environment, Petry said.

“It’s good to hang with the cops off the street,” he said.

The game gave the police officers a chance to meet or catch up with officers, deputies and troopers since the team is made up of various law enforcement agencies around the county.

“It’s a good thing for a hangout type of thing,” Shriner said, adding that it’s good for the older officers to come out and play.

The police may have won this year’s game, but the firefighters are ready to break their winning streak. With a few more hits and a little more conditioning, Petry said the team will take the trophy.

It was a close game, with the firefighters fighting until the last out. They scored two runs in the top of the ninth inning, with bases loaded at one point. But they couldn’t quite make the comeback they needed.

Many of the players’ families were in the stands, with many sitting in the shade to avoid the blistering heat. It was nearly 90 degrees at the ballpark. After the game finished, the families along with members of the Police Activities League came onto the field. They posed for photos with the players and asked for balls to be signed.

After, the players and family ate food in the club level while Nymeo Field staff prepared the baseball stadium for the Keys game against the Pelicans. The ticket for the Guns and Hoses game included one for the Keys game along with the fireworks show that followed.

And while the firefighters might have to put up with some ragging about fly balls and a lost game, they said that the sportsmanship and joking between the two teams is their favorite part of the game.

“All in good fun for a good cause,” Trevey said.

Good story Heather and thanks guns and hoses for your service to our community.