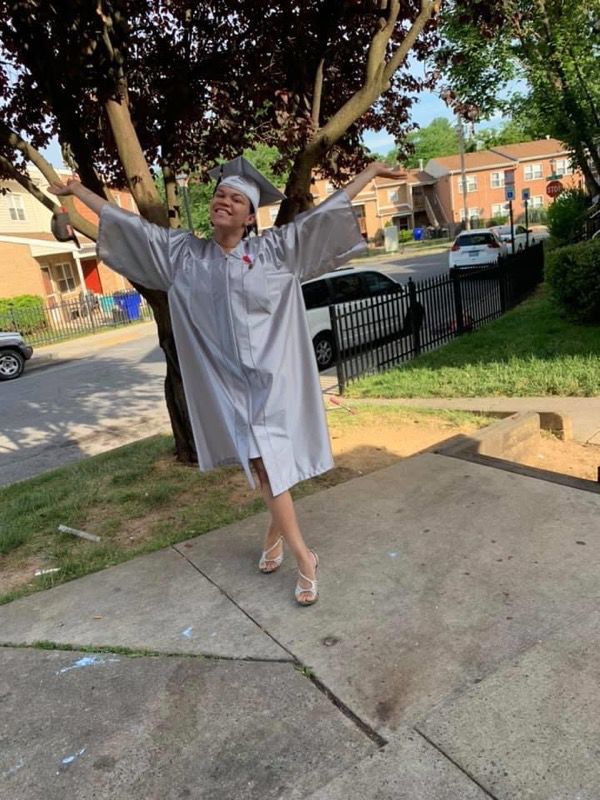 Tykerria had just graduated from a Hagerstown-area high school, her sister said.

Tykerria, left, with one of her sisters, Tiesha. Many relatives and others would often say the two looked like twins, Tiesha said. 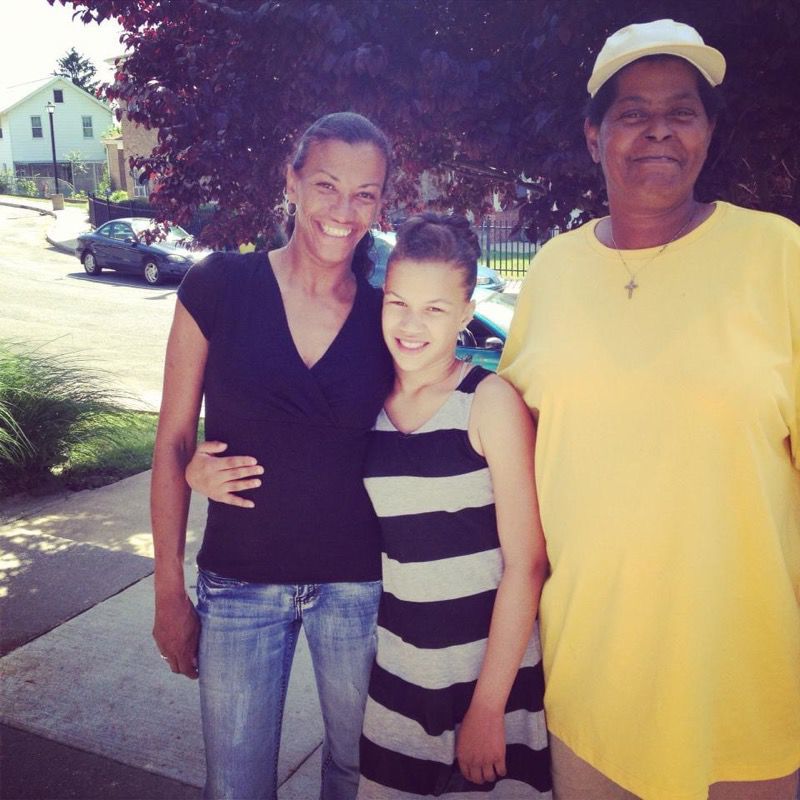 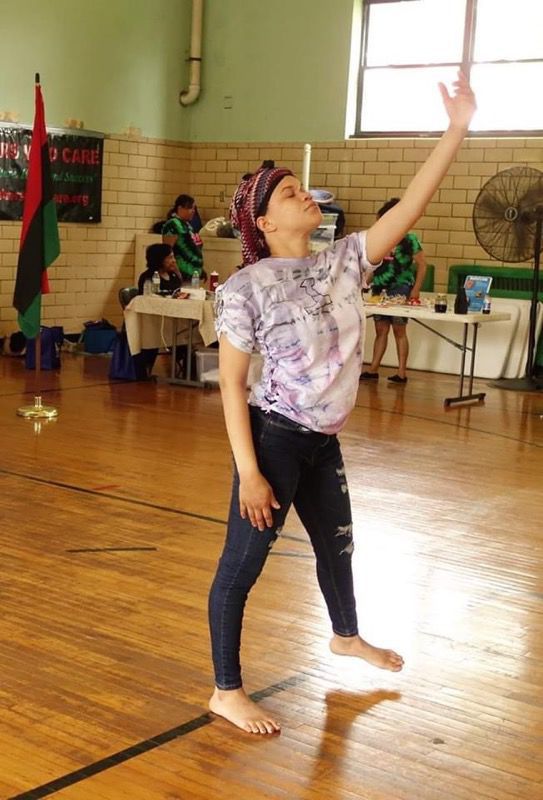 Tykerria Dawson was an avid dancer, her sisters said. 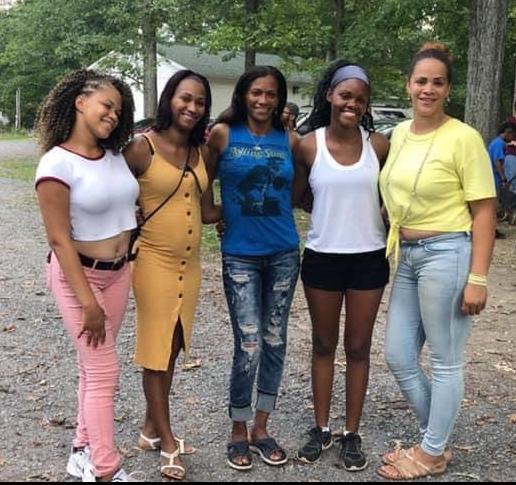 Tykerria Dawson, 17, was found dead along Pike Branch Creek in the Farmbrook area of Ballenger Creek Saturday evening. She is pictured here with family members: From left: Tykerria; her sister Ta'keshia Clay; her mother Tona Dawson; and her sisters Taylor Dawson and Tiesha Dawson.

Tykerria had just graduated from a Hagerstown-area high school, her sister said.

Tykerria, left, with one of her sisters, Tiesha. Many relatives and others would often say the two looked like twins, Tiesha said.

Tykerria Dawson was an avid dancer, her sisters said.

Tykerria Dawson, 17, was found dead along Pike Branch Creek in the Farmbrook area of Ballenger Creek Saturday evening. She is pictured here with family members: From left: Tykerria; her sister Ta'keshia Clay; her mother Tona Dawson; and her sisters Taylor Dawson and Tiesha Dawson.

Tykerria Dawson is being remembered as a happy, "bubbly" young woman who had big dreams.

Tiesha, one of her sisters, and other relatives spoke Monday evening about Tykerria, confirming she was the 17-year-old girl found dead along Pike Branch Creek in the Farmbrook neighborhood in Ballenger Creek. Her death is being investigated as a homicide by the Frederick County Sheriff's Office.

Tiesha said this past Sunday would have been Tykerria's 18th birthday. She had just graduated from an alternative secondary school in the Hagerstown area two weeks ago, she added.

"She was full of life everywhere she went," said Tiesha, 29, of West Virginia. "It doesn’t matter if it was a negative situation, she was so bubbly."

The Frederick News-Post reported Sunday that a 19-year-old woman discovered a body on Saturday evening, on a path that ran through the woods along Pike Branch Creek. According to a Frederick County Sheriff's Office news release Sunday, the deceased girl had “apparent injuries.”

Taylor Clarke, a spokeswoman for the sheriff's office, said Sunday her office did not believe there was any danger to the public, saying the victim appeared to have been targeted specifically.

As of Monday, no charges had been filed in connection to the girl's death. In addition, the sheriff's office would not confirm the identity of the deceased girl.

"We are not at the point in our investigative processes to release the name of the juvenile victim. We understand that several media outlets have received information from people in the community, but proper protocols and practices have to be followed," Clarke wrote in an email response to The Frederick News-Post's questions on Monday. "As soon as we are able to release the victim's name we will do so via an updated press release."

Clarke also declined to release any other specifics surrounding the death, including whether investigators had identified any suspects or possible motives in the case, the nature of the victim's injuries and whether or not detectives believe the victim was killed where her body was found or if it is believed her body was moved.

"As you can imagine it is still very much an active and early investigation and [we] cannot run the risk of being jeopardized in any way," Clarke's statement reads in part.

Tiesha and other family members described Tykerria as a positive person who was interested in rap, hip-hop, dancing and basketball, among other hobbies.

She was part of a big family, with many sisters and others living in West Virginia, Tiesha said.

"She was a family-oriented person, to the max," she said.

No matter where she went, she put people in a good mood, Tiesha added. Her attitude was just different, no matter how bad the situation was, she said.

"It was bubbly and positive," Tiesha said. "She could be reprimanded for something and she would still be like, OK … and she would just keep going."

She also talked about going to Hagerstown Community College and starting a successful career, possibly as a lawyer, Tiesha said.

"Every day, she was dreaming of big things to do," she said.

"She was the light that kept the community bright," said Tona, 47.

Another one of Tykerria's sisters, Ta’keshia Clay, said the 17-year-old was destined to have a great future.

"She could be in any situation and bring light to it," Clay, 31, said. "There was nothing that girl could not accomplish, and I think she was just getting started."

Anyone with any information related to the investigation were asked to call Detective Skelley at 301-600-4017. Anonymous tips can also be left by calling the sheriff’s office tip line at 301-600-4131.

'I pray for her peace': Woman describes finding body of 17-year-old Hagerstown girl

Isabelle Weissend takes a walk in her neighborhood in Ballenger Creek almost daily in order to destress.

Well wishes and prayers to the family and friends.

What monster would do this to another human being? What is becoming of human kind?

Check the breaking news on FNP's website and you'll see exactly what kind of monster would do this to another human being. [ninja]

...and you will also see the fop is not allowing comments about these animals