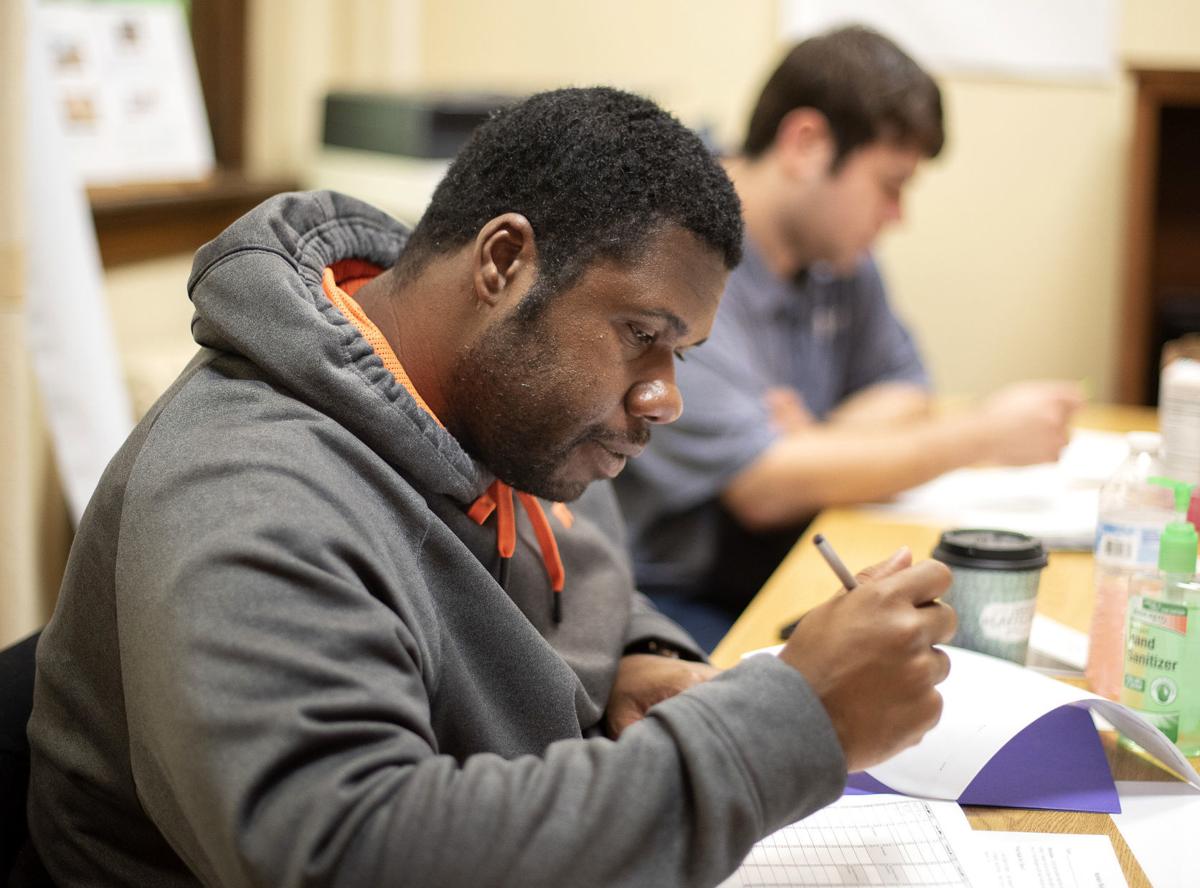 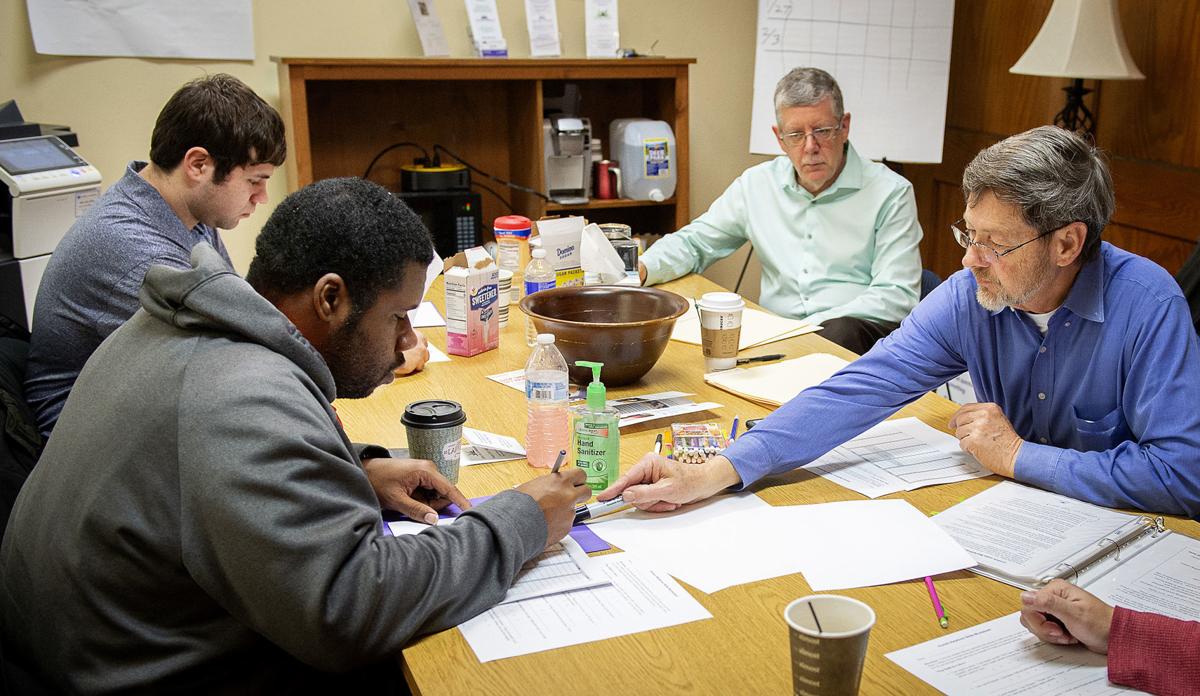 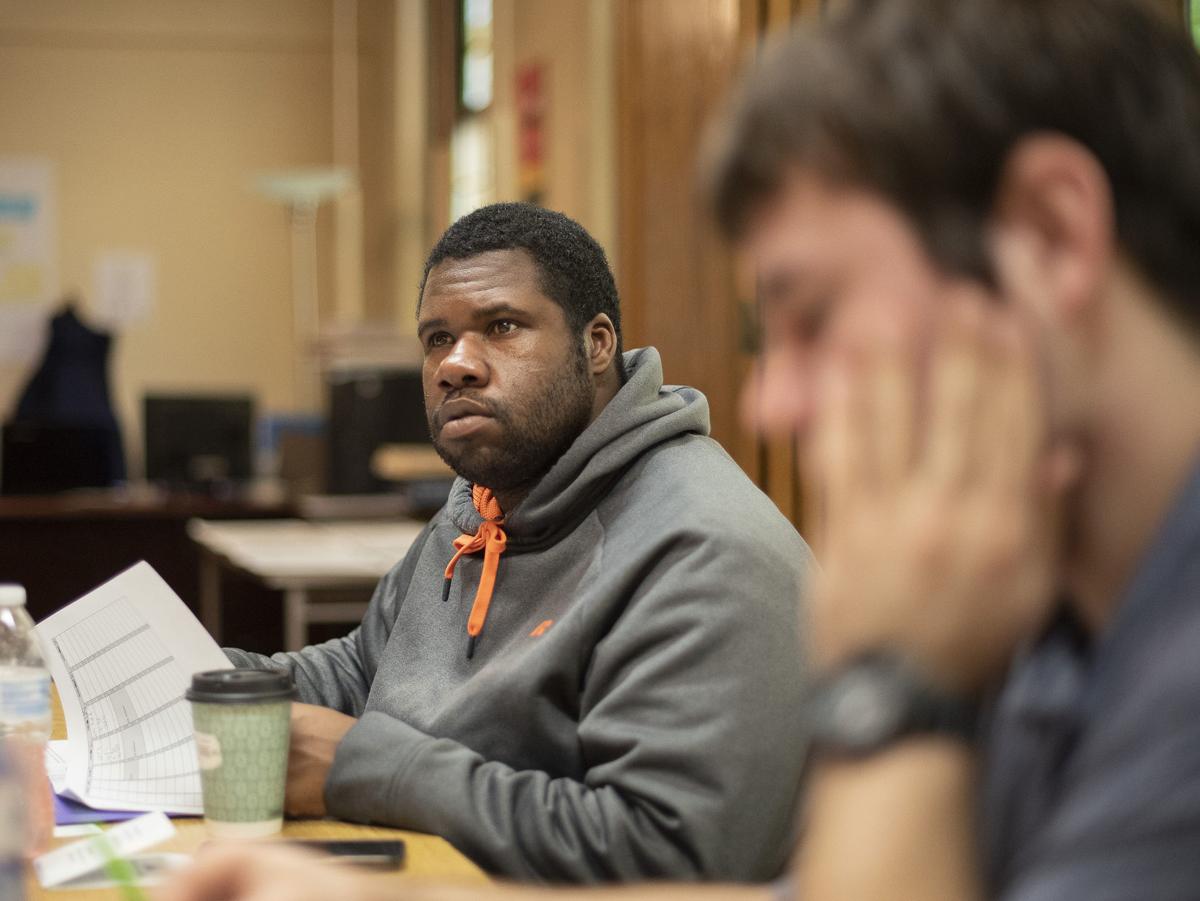 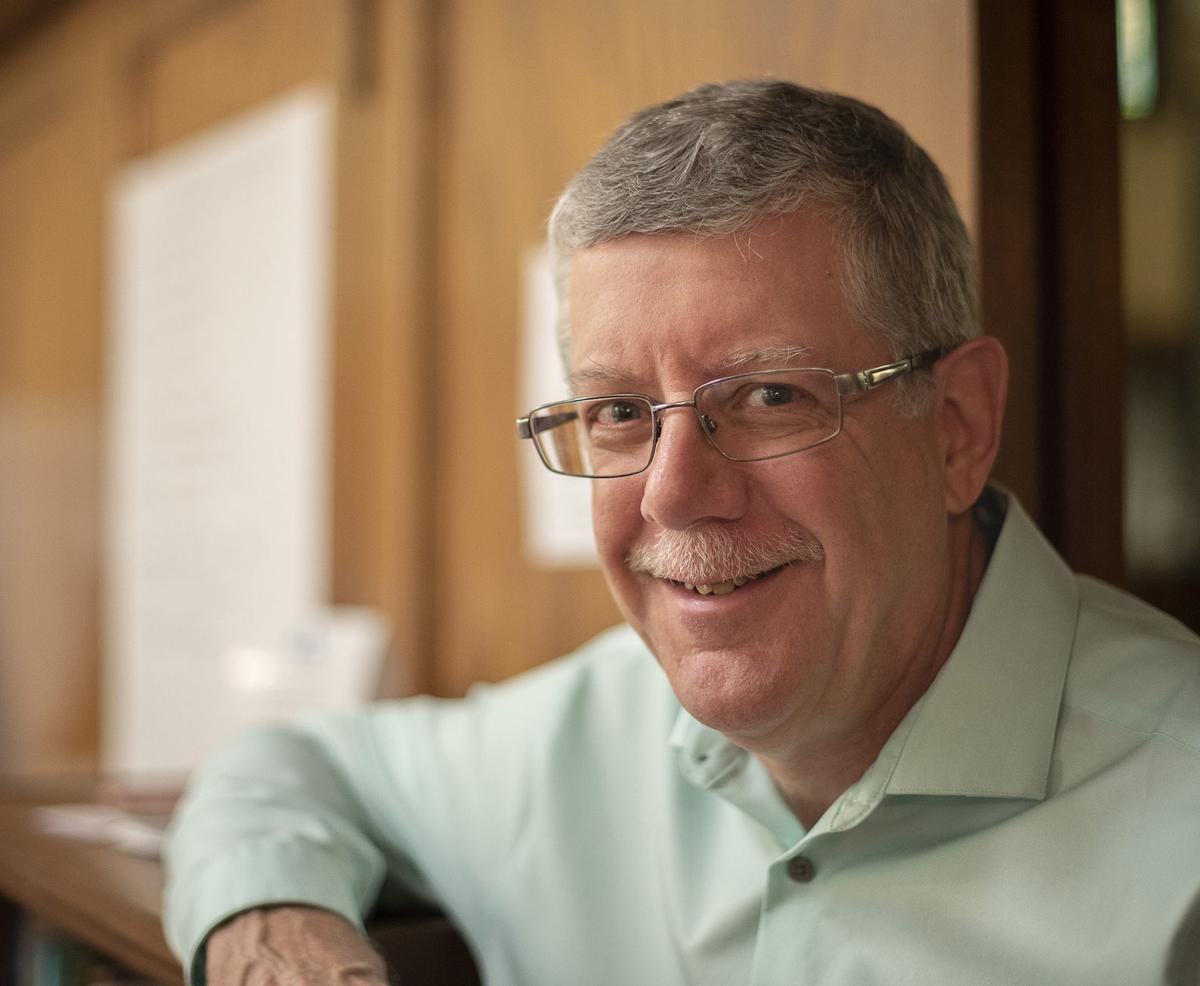 Bob Clegg is executive director of Justice Jobs of Maryland. 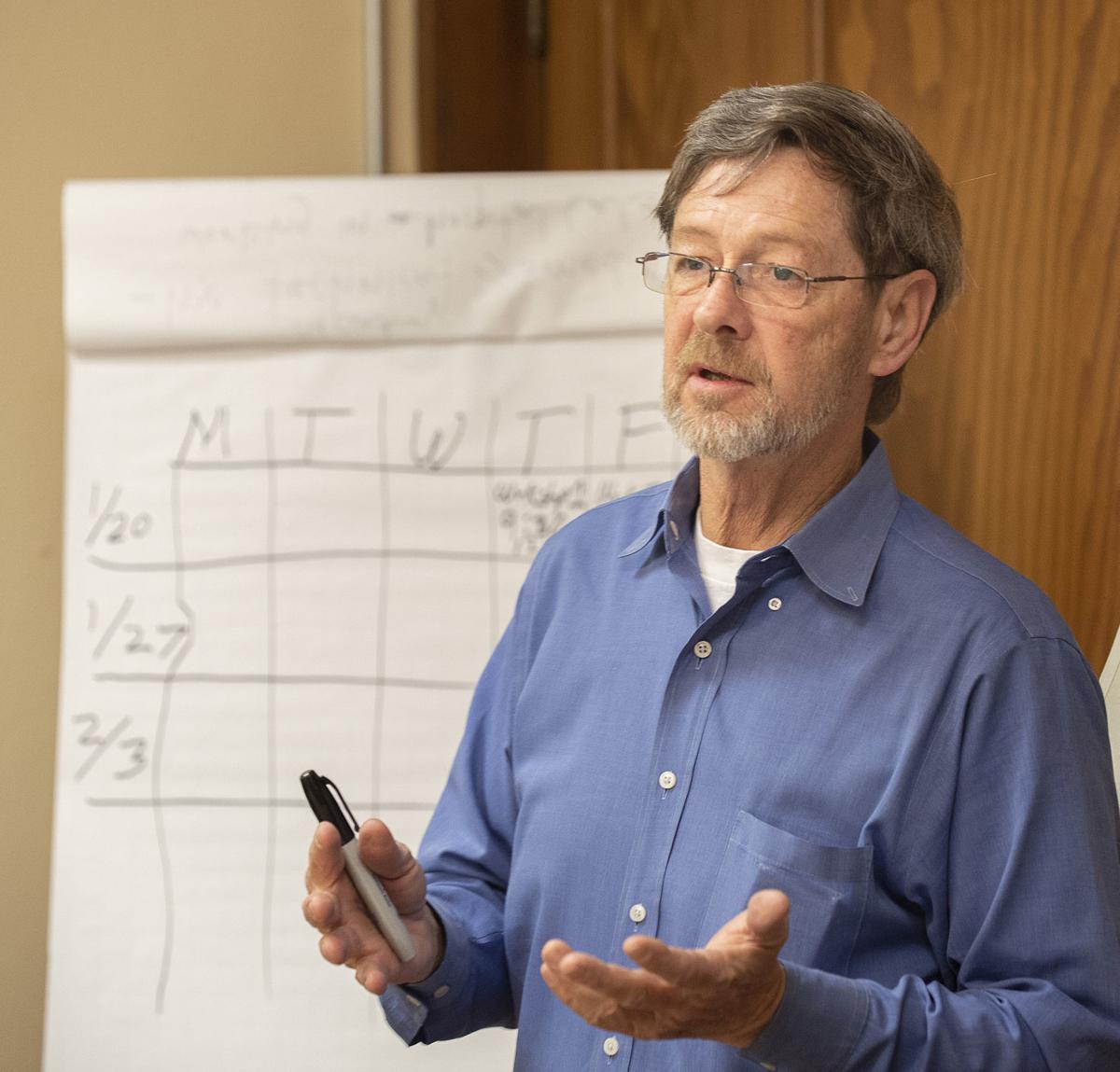 Bob Clegg is executive director of Justice Jobs of Maryland.

When Rob Beasley started job-hunting last fall, he thought he was in for a long and winding search. He had turned 60 during a 5½-month stint in the county jail, and feared his age and criminal record would be barriers to finding work.

“I didn’t give up hope that I wouldn’t ever get a job,” Beasley said, “But I was overwhelmed with the thought of all the work I’d have to do, all the humiliation I’d go through and how many times I’d get turned down.”

Justice Jobs of Maryland was launched July 30 by Executive Director Bob Clegg and a handful of volunteers. The organization’s services are community-supported and free to both job-seekers and employers. Five months since it opened, the group has helped 11 applicants find work in the Frederick area.

“It’s a bleak list when compared to my dreams,” Clegg said. “But everyone who looks at it says ‘Bob, that’s 11 changed lives.’”

Clegg has experience with changing lives. After failing college in his 20s, he said, he was homeless for three years. Eventually, a friend of his dad’s helped him get a job as a security guard. He eventually went back to school, earned a doctorate, and worked in the biotechnology industry for 20 years.

Clegg decided he needed another change in 2015. He entered the Wesley Theological Seminary, studied to be an interfaith minister, and started volunteering with Jubilee Jobs, a 37-year-old workforce development organization in Washington, D.C. He found a previously untapped passion for helping people get back on their feet economically. He liked seeing people leave with a new résumé, a list of prospective jobs and their heads held high, he said. He decided to start a similar organization in Frederick.

“We try to get across to people that it was a mistake, it’s not a life sentence,” Clegg said of incarceration.

Recent years have seen many local, state and federal jurisdictions making progress in reducing prison and jail populations. Between 2016 and 2017, Maryland led U.S. states in reducing its incarceration rate, which fell more than 10 percent, according to the Vera Institute for Justice.

But for the more than 600,000 Americans who return to their communities from prison and jail every year, lack of adequate employment can be one of the main barriers to stability and independence.

A 2018 Prison Policy Initiative study of employment among formerly incarcerated Americans found that among the roughly 5 million people who had served time in U.S. prisons and jails, the unemployment rate is more than 27 percent.

By comparison, that is higher than the total U.S. unemployment rate during the Great Depression, according to the report.

The estimate is surprising, in a good way, for Clegg.

In his experience, there are two main contributors to the disproportionately high unemployment rate: the reluctance of employers to hire people with criminal records and high rates of substance abuse among the formerly incarcerated.

Much of Justice Jobs’ work involved tackling the first issue. Volunteers for the organization cold-call potential employers to ask about their hiring needs and whether they are open to being a “second-chance employer.” With the applicants, Justice Jobs helps with résumés, assesses skills and conducts mock interview workshops.

Part of their method, Clegg said, is helping job-seekers target their applications to second-chance employers with open positions for which they are qualified.

“They saved me discouragement and humiliation,” Beasley said. “If I’d have gone out there on my own, I might have gotten halfway across Frederick putting in 20 applications before I get an interview.”

Frederick Alderman Ben MacShane, who owns Principled Contracting, was among the first local employers to hire a Justice Jobs applicant. MacShane said the employee has been a great addition to his crew.

“For years, I have been eager to hire men and women looking to get back on their feet or take their life in a new direction,” he said. “They are often highly motivated and really hungry for opportunities. I feel like they possess great talents and experience that other employers often overlook and that the person themselves may overlook.”

Clegg wants to build relationships with local employers so they know they can reach out for more potential employees when the organization helps clients move on in pursuit of their long-term career goals.

“We want everyone to understand that when it’s time for the employee to move on and up, the employer is not screwed,” Clegg said. “Because we’re there ready to put another well-qualified applicant in there.”

Beasley hopes to become a counselor and pass on what he’s learned about substance abuse.

“For those who give up hope, give them hope,” Beasley said. “There’s a way up and out.”

Vladimir myself I follow the Ten Commandments and live by them. Well I`ve broken 1 several times: Thou shalt not commit adultery. Now I was`t married but the chicks I committed this sin with were. So its how you interrupt that sin and I would like to think I will pass through the pearly gates cause that was the happiest days of my life and also for those foxy married women too[smile]

I`ll take it from here rb. I myself can forgive people (criminals) for their wrong doing but anymore the perks law breakers are getting makes it worth committing a crime to get ahead in this world. For instance how far will this therapeutic treatment go such as placing a pedophile/rapist in a job environment which challenges that itch that they are unable to control or how about a law abiding citizens seeking a job with outstanding skills only to find a criminal got first choice. if its a job they want make them work at a place starting off with that nobody in their right mind would take to see if they continue in not wanting to be a criminal or decide to find that easy money again. Food for thought.

Oftentimes have I heard you speak of one who commits a wrong as though he were not one of you, but a stranger unto you and an intruder upon your world.
But I say that even as the holy and the righteous cannot rise beyond the highest which is in each one of you,
So the wicked and the weak cannot fall lower than the lowest which is in you also.
And as a single leaf turns not yellow but with the silent knowledge of the whole tree,
So the wrong-doer cannot do wrong without the hidden will of you all.
Like a procession you walk together towards your god-self.
You are the way and the wayfarers.
And when one of you falls down he falls for those behind him, a caution against the stumbling stone.
Ay, and he falls for those ahead of him, who though faster and surer of foot, yet removed not the stumbling stone.

i know, des. for perspective, this is the fnp and we are not exactly dealing with the intelligentsia. We can't set the expectations too high.

This is a quote from Khalil Gibran from T"he Prophet". I know they don't get it but many on here do and it is for them I share Gibran's Wisdom. "Give not that which is holy unto dogs,neither cast ye pearls before swine, lest they trample them under feet and turn again and rend you." Mathew 7:6.

Samantha, I guess I gave you more credit then you deserve.

What were you in for? Burglary? Then you might be a good fit for our lock smith apprentice program. Drove the get away car in a robbery? Pizza driver would be a good fit. Ex heroine user? So you're good with needles, lets get you to nursing school or a tattoo parlor. We are the justice job force!

Are you advocating no jobs? You really aren't that funny. If a person has paid their dues then they should be afforded the right to work and live - you know, a second chance.

Well, I'm not nearly as funny as PappyJoe. That guy cracks me up.