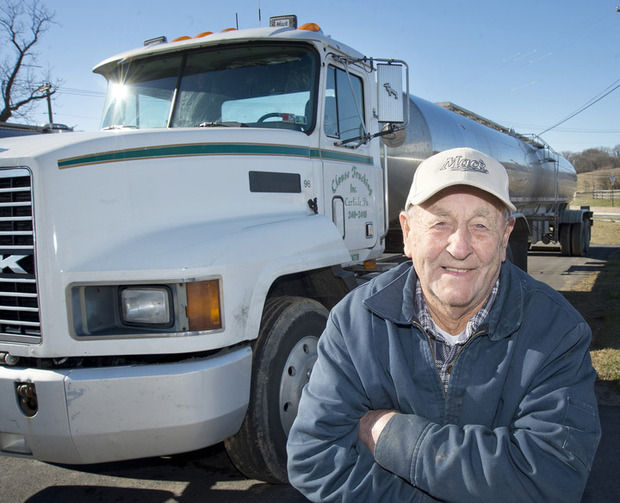 Eugene Smith died Wednesday after being attacked by his pit bull at home. 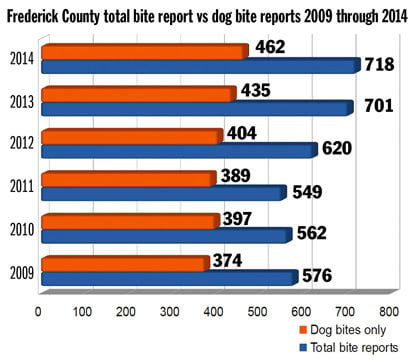 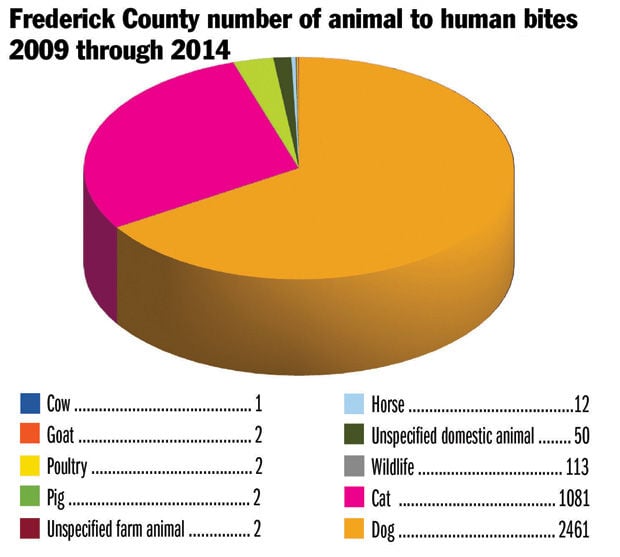 Frederick County number of animal to human bites 2009 through 2014

Eugene Smith died Wednesday after being attacked by his pit bull at home.

Frederick County number of animal to human bites 2009 through 2014

The dog that fatally injured an 87-year-old man Wednesday in his Frederick County home had no prior contact with Animal Control and seemingly attacked unprovoked, officers said.

The dog was a rescue animal adopted by the family in May and was apparently well-behaved until Wednesday's attack, Luckenbaugh said.

"We had no call history to that address, no complaints involving that dog and the dog didn't come in through our shelter," the sergeant said. "Our initial indications are that the attack was unprovoked, the victim didn't do any specific thing to cause that to happen."

Family and friends remembered Smith, nicknamed “Smitty,” as a hardworking truck driver who delivered milk to farms and creameries in Frederick for about 60 years.

“He's certainly a legend as far as the agriculture industry,” said Kimberly Young, a close friend and colleague who worked with Smith at Clouse Co., a local trucking company, for almost 30 years.

Smith drove for almost 60 years, his job taking him to places all over the country including Wisconsin, North Carolina and Ohio. He clocked at least 1½ million miles on the truck he drove, The Frederick News-Post previously reported.

“He didn't have hobbies, he just worked,” Young said, noting Smith rarely took vacation or sick days. “This is what he did; this is what he loved.”

Smith loved animals, keeping a stash of biscuits in his truck for the various cats and dogs that lived at the dairy farms and creameries on his route. Young recalled Smith talking fondly about the dog that ultimately killed him.

“Smitty told us how nice the dog was and how (the dog would) climb up in bed with him,” Young said. “He never once said he had any problems with the dog.”

Mary Ellen McCardell Mercer, who first met Smith in the early 1940s as a truck driver for the family milk hauling company Earl W.H. Mercer and Son Inc., said she was shocked by Smith's death.

“It's heartbreaking, and we'll all miss him,” she said.

Animal Control officers rushed to the home along with Frederick County sheriff's deputies immediately after Smith's son's fiancee, the only other person at home at the time, called 911 at about 2:30 p.m. Wednesday, said Deputy First Class Amanda Hatcher, a sheriff's office spokeswoman.

The dog was separated from Smith and sedated, but Smith suffered severe injuries to his head and upper body, Hatcher said. Emergency rescue personnel initially requested a Maryland State Police helicopter to fly Smith to a trauma center, but he was ultimately taken by ambulance to Frederick Memorial Hospital, where he later died, Hatcher said.

Luckenbaugh explained that, while he and his officers were moving forward trying to find out where exactly the dog came from and how it came to reside in Frederick, piecing together the animal's history will take time, as it was only recently introduced to Smith's family.

According to county Animal Control statistics, dog bites are the most common among animal bite incidents. From 2009 to 2014, the department’s officers responded to 3,726 calls for animal bites, an average of two per day.

Luckenbaugh said they receive calls for dogs of all breeds and sizes, not just large dogs.

Over the past five years, dog bites consistently made up more than 60 percent of animal bite calls in the county. In that time, officers have also responded to more than 1,000 cat bites, more than 100 wildlife bites and a handful of cow, horse, pig, poultry and goat bites.

Bite reports involving pet birds or reptiles are not documented because they do not carry or transmit rabies, according to Luckenbaugh.

Despite the high number of bite reports, Luckenbaugh, who has spent about 16 years as an Animal Control officer in Frederick County, does not recall any deaths directly attributed to dogs.

The dog, a neutered male, was surrendered by its owners to Animal Control officers and was euthanized while still sedated, Luckenbaugh said. While the dog was current on its rabies vaccination, a sample was sent to the Frederick County Health Department for testing as a precaution, the sergeant confirmed.

Calls to Smith's residence were not returned, and there was no answer at the door of Smith's home Thursday afternoon.

Like humans, even animals can have unresolved PTSD that can be triggered by reminders of the initial trauma.

Just like used cars, we need an accurate history to make good decisions.

Pit Bulls make wonderful pets until they revert to their natural order of alpha dog.

Another issue. If your dog is attacked by another dog, resulting in vet bills to your dog. The attecking dogs owner has NO responsibility to pay them.
This has been observerd in Hillcrest area.

Is there a record of where to pup was taken from, Names of previous owners? Just curious as to what happened here.
Was it mentaly unbalanced? was it a previous diet ? All the things that go wrong with Humans also goes wrong with animals.

I don't know what to say.

I've met some very sweet, well behaved pit bulls, they have even stayed at my house.

And we have a client in Virginia whom was attacked by her son's pit bull. She was home alone with the dog. So severe, that she could not wait for an ambulance, she drove herself to the ER with the skin on her arm ripped to shreds like something you'd see on a horror movie. The dog was put to sleep the same day by Animal Control

The problem with Animal Control is they only keep records on animal attacks for 1 year...my husband was attacked my an unleashed pit and when we called AC they told us the dog had "no priors", what we found out later and confirmed with the Sheriff's Office is that our neighbor had been attacked by the same dog 2 years earlier; and when we called AC back that is what they told us and at the same time told us the Sheriff's Office keeps these records for 5 years ...why would AC which is responsible for investigating these situations only keep the file for 1 year???when we asked that question the response was "I don't make the rules"....

Do they not keep records so that they do not have to put down so many?[sad]

So sad, my prayers go out to the family.

just a thought, couldn't the person who called 911 have first hit dog over head to try to stop it?

From what I've read with previous attacks, it takes a LOT of strength to pummel a large, determined dog sufficiently so they let go. I'm surprised they didn't have to shoot the dog to get it to stop.

She'd have risked the dog turning on her.
Your eyes would not believe what you are seeing. This is not a situation anyone rehearses like, "stop, drop and roll." Intervention required initiative on the spot without warning and was life/death.Some might have fainted and been no help at all.

We live nearby and know that Mr Smith was a wonderful man. We feel horrible for his son, who was a good dog owner, always out on walks in the neighborhood. When you comment, please remember this family. This is not a referendum on pit bull ownership (though I would not own one, many responsible, caring people do). What a tragedy. Our hearts go out to the Smith family.

The problem is simple, if you have a big powerful animal like a Pit if he gets violent you are in danger. My 10 pound pomtese can flip out and you get nipped. I personally don't want a dog that can kill somebody.

That's what makes this scary. The attack came out of nowhere....Jekyll and Hyde.

This is a really sad story. It truly seems like you only hear these stories about pit bulls. I'm a dog lover but I'd love some insight on this breed and why they snap (at times) unprovoked on those that love and care for him.