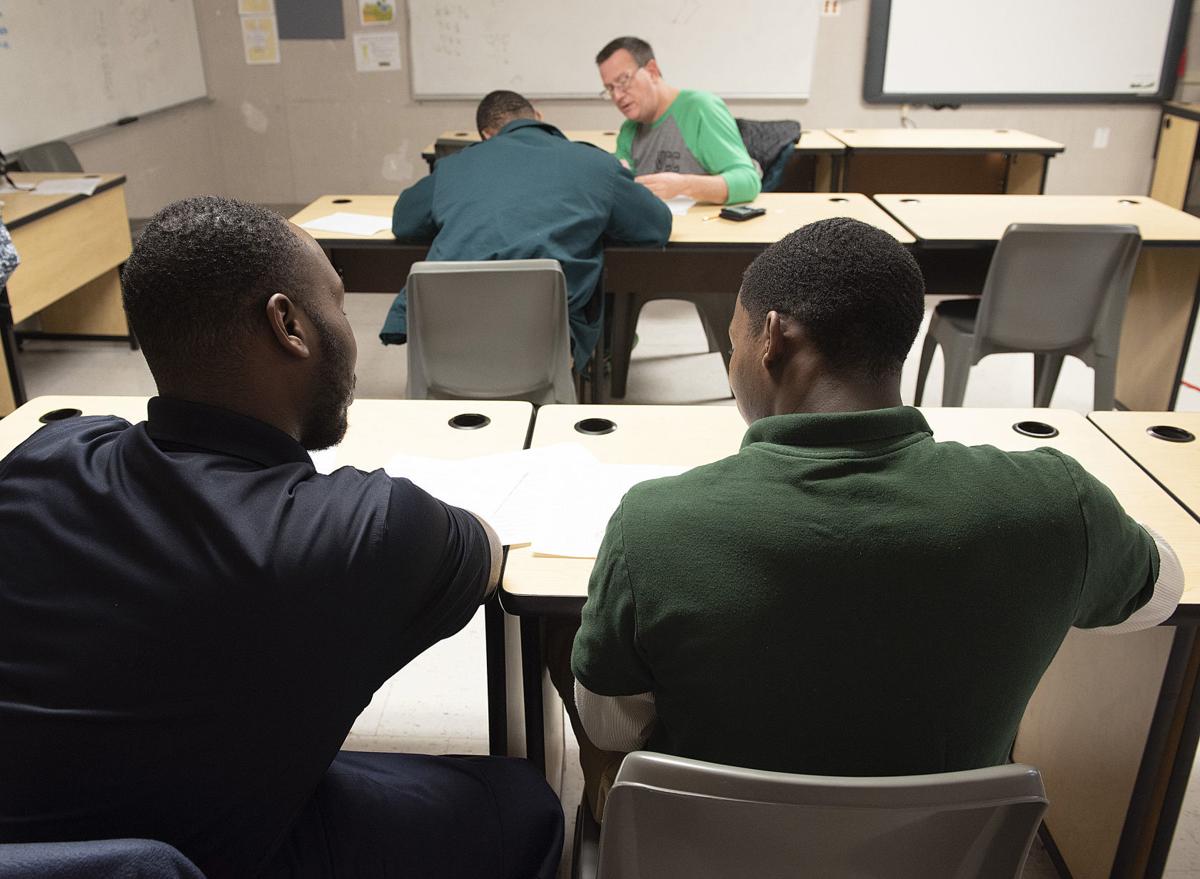 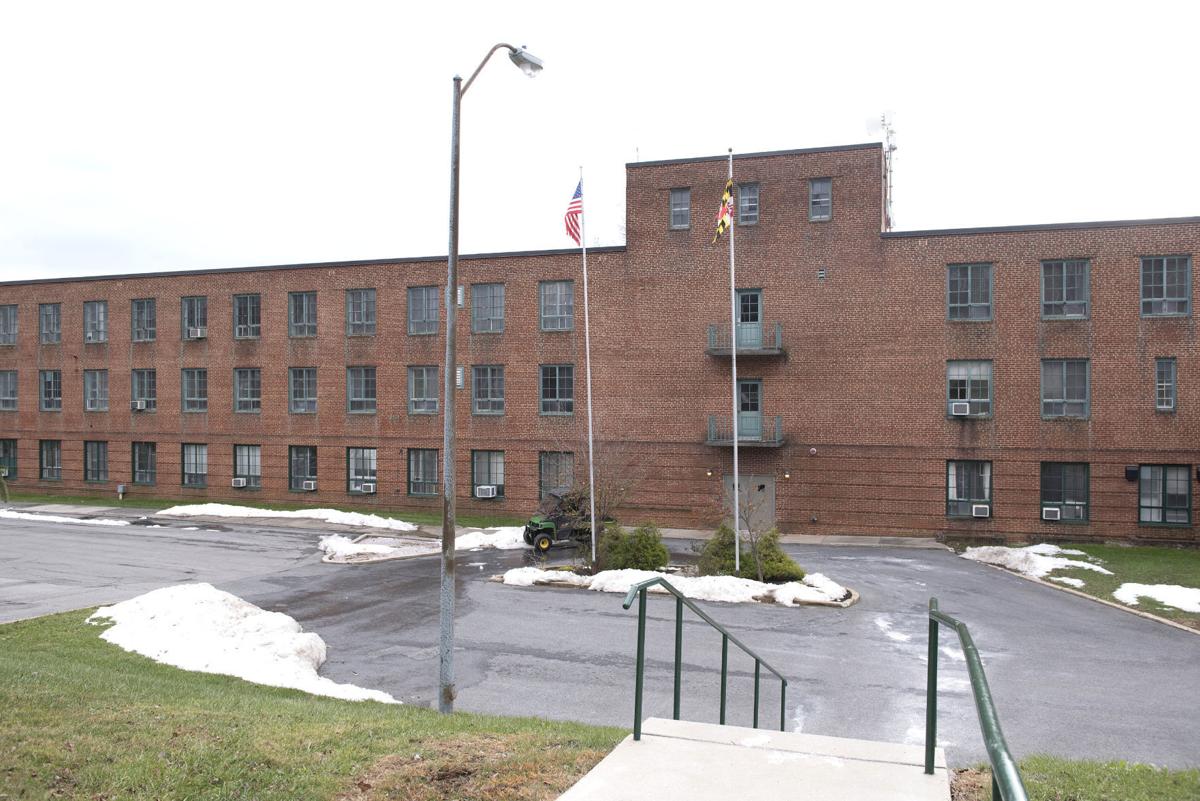 The three-story administration building at Victor Cullen Center is not used by youth assigned there.

The three-story administration building at Victor Cullen Center is not used by youth assigned there.

Less than a year after a riot at the Victor Cullen Center in Sabillasville, the facility became Maryland’s first juvenile detention center to receive accreditation under a national standard.

Victor Cullen, until recently the state’s only hardware secure center for juvenile offenders, received a near-perfect compliance rating from the American Correctional Association in November after a lengthy process that began in February 2017, according to a Department of Juvenile Services press release. Along with meeting all 35 of the ACA’s mandatory standards, the staff and the center also met all but two of the 310 non-mandatory standards, said DJS spokesman Eric Solomon.

“And both of those two standards have already been addressed in the time since, so the final compliance rating was a 99.35 percent, but only because you can’t give yourself a 100 percent for addressing those two minor points after the fact,” Solomon said.

Designed to establish best practice guidelines for correctional centers in every area from security and training for staff to fiscal policies as well as the medical, educational and nutritional services provided to the youth, the ACA’s accreditation came at a time when DJS was eager to repair the reputation of the Victor Cullen Center after a riot broke out between youth and staff in April.

While eight young men — seven of whom have pleaded guilty and received sentences as of this week — were ultimately charged with inciting the riot April 8, a report released in September by the Maryland Attorney General’s Juvenile Justice Monitoring Unit implicated several staff members, including Victor Cullen’s then-superintendent, Richard Robinson, with helping to incite the violence.

During a tour of the Victor Cullen Center in November, John Plummer, who took over as superintendent after Robinson’s departure, pointed out the many programs introduced to the center since the riot, including animal-assisted therapy sessions, a wildly popular music production program and even yoga classes, as an effort to improve morale and keep youth engaged at the detention center.

The positive results brought on by the change in leadership and the new approach were noted by the correctional association’s auditing team during a three-day visit to the center at the end of October.

“One of the messages that came from most of the [youth] is ‘[the staff] care about us here,’” one of the auditors, Steve Klein, told a room full of DJS representatives at the team’s exit conference Nov. 1. “That says a whole lot — that it’s not just a job. It’s not just about getting a paycheck or anything. You really care about what you’re doing. It shows in how you prepared for this and how you treat the students.”

The effort was also noted by the JJMU, which mentioned several of the new programs as significant improvements in its most recent quarterly report released Dec. 28.

“Efforts to reduce idle time and engage youth in meaningful enrichment and recreational outlets are important first steps to improving the services provided at Cullen and DJS needs to ensure these initiatives survive and thrive,” the report states.

The JJMU’s latest report, the first to evaluate the center under Plummer’s management, was not all positive, noting that while the new programs were a step in the right direction, such initiatives on their own would be “unlikely to change the pervasive negative milieu that has plagued the facility for years,” according to the report.

The JJMU has long been critical of DJS’ emphasis on accreditation. The monitoring unit’s director, Nick Moroney, called into question the ultimate value of an accreditation that DJS was paying for that was conducted during pre-announced visits by auditors.

“There’s nothing wrong with [accreditation], but just having all of that does not mean you can’t have big problems. That’s what I’m getting at,” Moroney said. “That doesn’t mean the job is done.”

In its response to the JJMU’s quarterly report, the Department of Juvenile Services acknowledged the unit’s stance on ACA accreditation, even encouraging the JJMU itself to adopt accredited auditing standards.

“DJS is perplexed by the JJMU’s negativity towards DJS’s efforts to achieve ACA accreditation for its committed facilities,” the response reads in part. “ACA standards are national best practices and support a therapeutic, trauma-informed facility culture. Accreditation by the ACA will only enhance the safety, security and services in DJS facilities.”

While the Victor Cullen Center is the first juvenile detention center in the state to receive ACA accreditation, DJS is already taking steps to ensure it will not be the last.

The agency was already working toward bringing the J. DeWeese Carter Center, a hardware secure facility for girls in Chestertown, up to ACA standards, with the ultimate goal of achieving accreditation for all of the agency’s placement centers in the state, Solomon said.

“And now the Victor Cullen Center becomes the model for the rest of the state for accreditation,” Solomon said. “... It feels good for the agency to finally be able to have national standards to go by that other facilities across the country use as national best practices to go by.”

It's been proven that this facility is a complete failure. Before the riot, there have been escapes, and locals have had their vehicles stolen by these so-called juvenile offenders. Sabillasville is NO place for the facility. Shut it down and put it in Baltimore or PG County where it belongs.

I hope this new direction in showing the young apprenticeship criminals a little culture helps but I also hope the guards up their game by purchasing several bean bag shotguns equipped with a over-under rubber bullet back-up just encase they fail to comply with simple instructions. As far as cultural learning, introduce ballot to the young men and the ones that fail to understand simple instructions place them in tutu`s until they learn, Simple Instructions[beam]