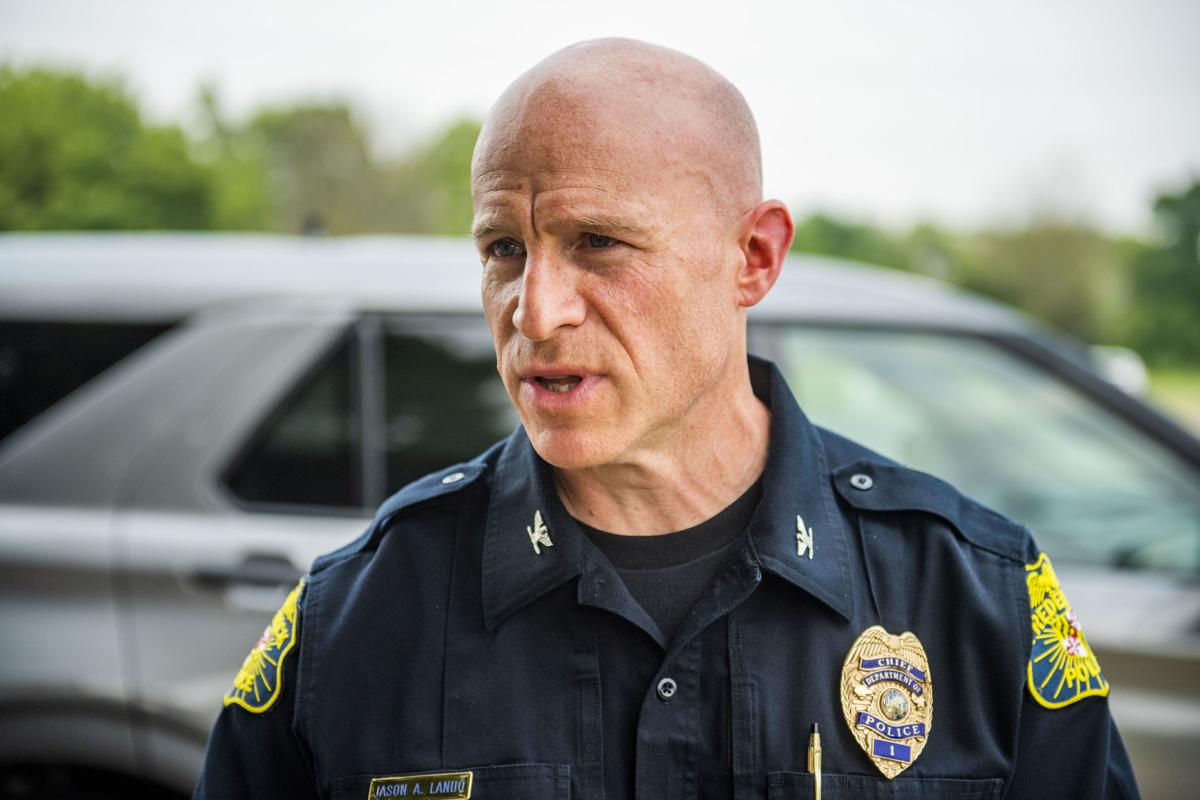 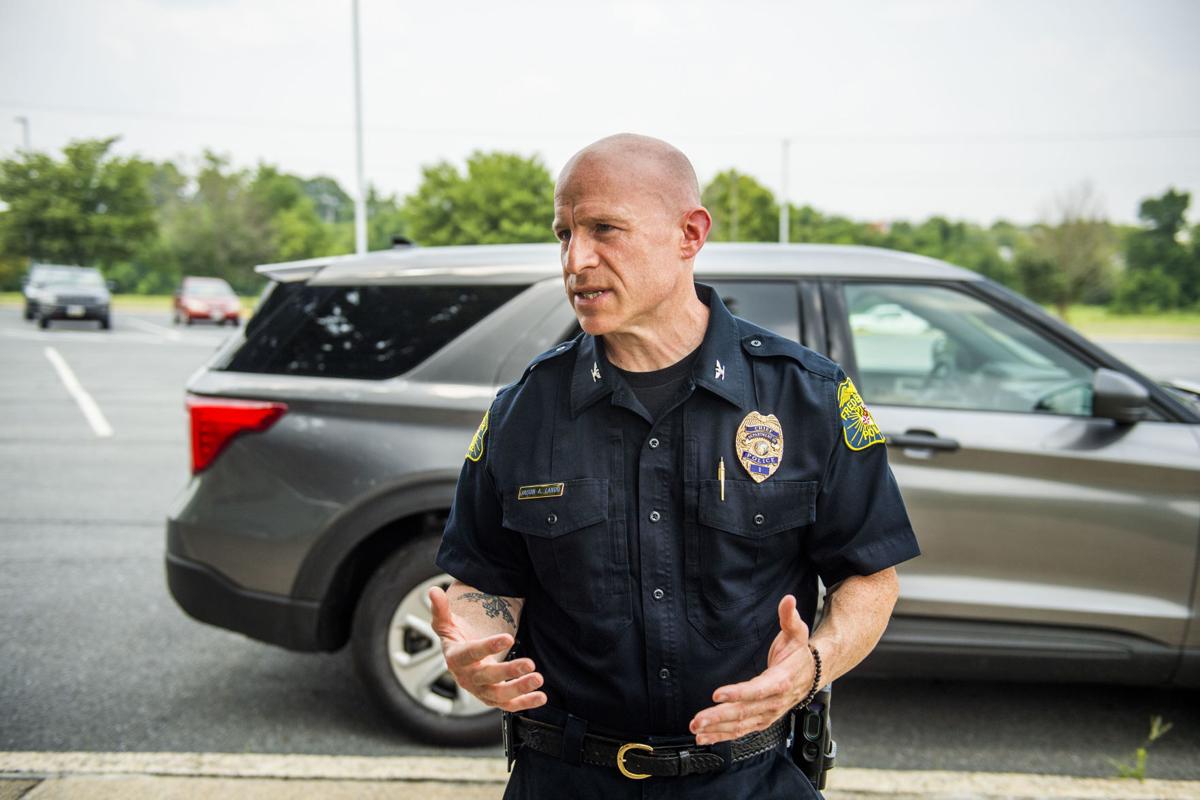 Lull, 34, was found in a vehicle in a parking lot, Frederick Police Department spokesman Allen Etzler said Tuesday. Police quickly determined he did not have any weapons or firearms in his possession, according to a news release. Etzler said police will determine whether any charges will be filed against Lull.

Police are searching for a Frederick man who has access to weapons and is possibly experiencing a mental health crisis.

The Frederick Police Department is searching for Dominic Lull, 34, according to a Monday evening news release, after responding to his residence in the 800 block of Stratford Way earlier in the day. Relatives of Lull reportedly came to the police station around noon, concerned he was possibly armed with a rifle and threatening a female, Chief Jason Lando said at a news conference around 2:20 p.m. Police found the female safe, but Lull’s location is unknown.

“Around noon today, family members of an adult male came to our police station to report that their son was armed, possibly armed with a rifle or some other firearm, and that he might be in the family home making threats against another individual,” Lando said mid-afternoon Monday.

By the time authorities arrived at the Stratford Way residence, shortly after speaking with the family, the suspect had already left, according to Lando. The chief said he believed the family came to the police station soon after learning of the potential threats. Police responded with a “negotiator vehicle” and armored rescue vehicle out of precaution, Lando said.

Police began to decrease their presence in the area and reopen roads around 4 p.m., according to spokesman Allen Etzler. Officers planned to remain on scene near the residence as of early evening.

“We have no reason to believe that he is armed at this time,” Etzler told the News-Post around 5:30 p.m.

Police did not provide any further information regarding the female, Lull or the nature of the reported threats. A photo of Lull was not immediately available.

“We’re acting on what we believe to be good faith information from the family,” Lando said.

The police agency expressed thanks to the family for coming forward.

News flash- a potential asteroid bypassed the moon by a light year and may have been on a trajectory to smash into the earth. Description is round and rocky and appears to make threats with random rocks falling off into other orbits around the sun that may in a million years possible intend harm. The reporting comet (Haley) wants to remain anonymous so no photos of the asteroid were provided and Hubble images were not necessary. Film at 11 after prep for author photo opp.

I feel like the police went too far with this one. Sharing information is one thing, but Lando shared WHO contacted the police. What happens when this person wants to retaliate on the person who contacted police? Not a smart move in my opinion.

Photos were not provided because Lando is not interested in seeking the public’s assistance. He is interested in promoting himself. Or maybe trying to fend off potential future criticism?

If the person in question is in need of mental help, Lando just put additional pressure on the fellow by releasing his name to the press based solely on allegations.

“Around noon today, family members of an adult male came to our police station to report that their son was armed, POSSIBLY ARMED with a rifle or some other firearm, and that HE MIGHT BE in the family home making threats against another individual,” Lando said mid-afternoon Monday.

[e.g., not threat to the general public]

The chief said HE BELIEVED the family came to the police station soon after learning of the POTENTIAL THREATS. Sounds like second hand information.

No question, rank-and-file officers responded professionally. Holding a press conference to release the name of a person POSSIBLY in need of mental assistance is unconscionable.

[“Having officers in plainclothes and in an unmarked car is important in order to illustrate that having a [mental health issue is not a crime,” said Scott Rose, chief of rehabilitation and recovery services at [Sheppard Pratt.

Police responded with a “negotiator vehicle” and armored rescue vehicle out of precaution, Lando said.

Where was the “CRISIS CAR” and mental health professionals?

“We’re acting on what we believe to be good faith information from the family,” Lando said.

The police agency expressed thanks to the family for coming forward. Police did not provide any further information regarding the female, Lull or the nature of the reported threats. A photo of Lull was not immediately available.

If the goal was to ask for the public for assistance in locating the man, why was there no physical description, description of the vehicle associated with person and a photo (i.e., driver’s license photo) available to law enforcement?

WHY? Could it be because no crime was committed?

With the publicity this family received because of Lando, others may be reluctant to seek his assistance.

I pray Mr. Lull is found to be safe and suffers no ridicule because of Lando’s public release of personal mental health information.

So the chief should have released a photo instead of a name, and that's how you can tell he wants to promote himself? Thanks.

Sounds smart to send unarmed civilians (mental health professionals)and one officer, who's not in uniform and only a handgun, to the scene. Good call.

Chief Lando’s story does not sync up with actual events. It is a shame he couldn’t get it right.

This is very difficult for any parent, a child with mental health issues. Let’s hope for a positive outcome.