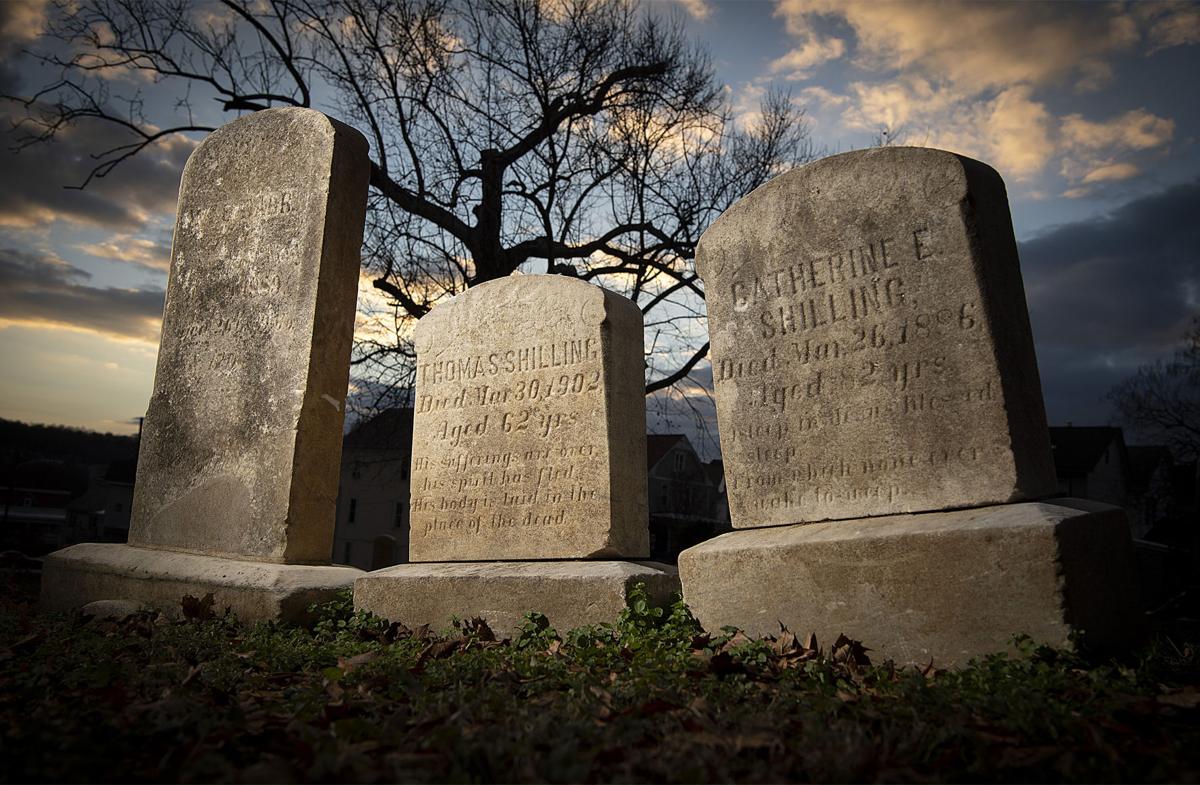 Three tombstones, placed around 1900, in the Old Berlin Cemetery, the resting place of Civil War soldiers, railroad and C&O Canal workers and Brunswick townspeople. The half-acre plot is the earliest known cemetery in Brunswick, with burials taking place since from 1799 to 1948. Most burials occurred between 1870 and 1920. 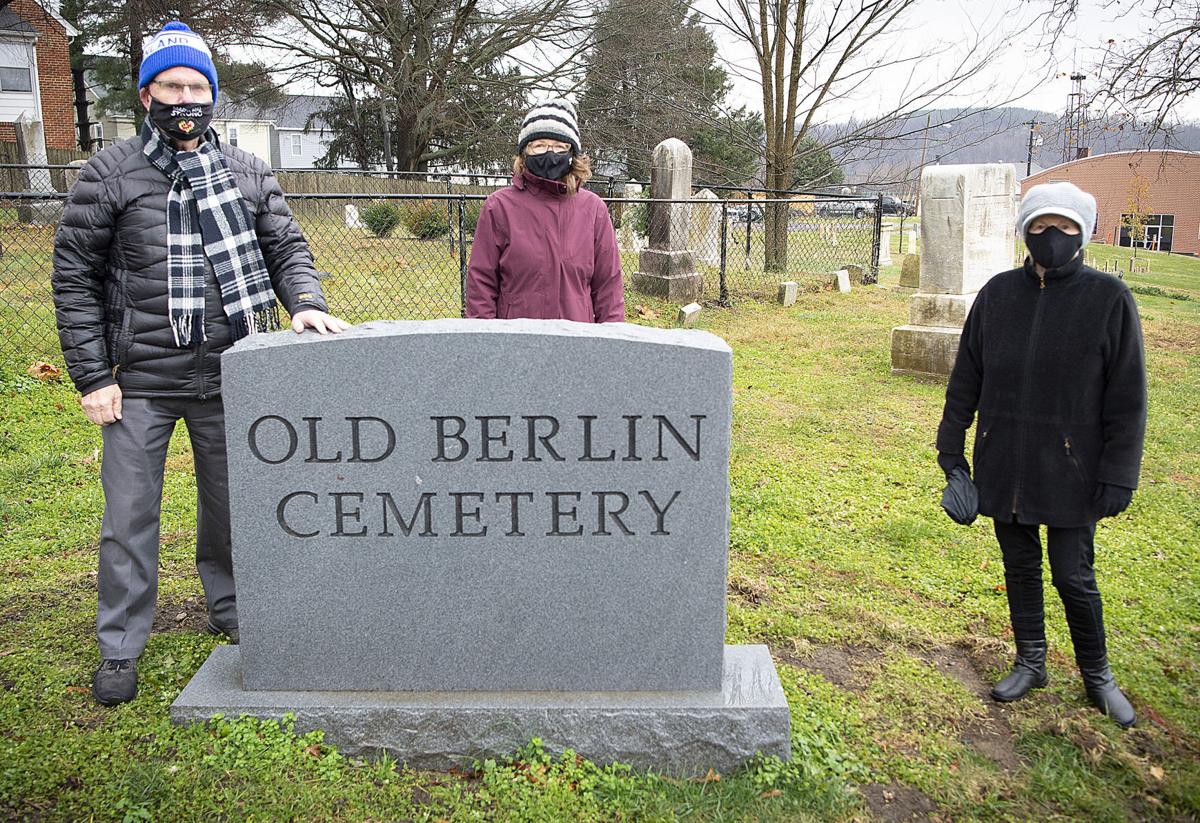 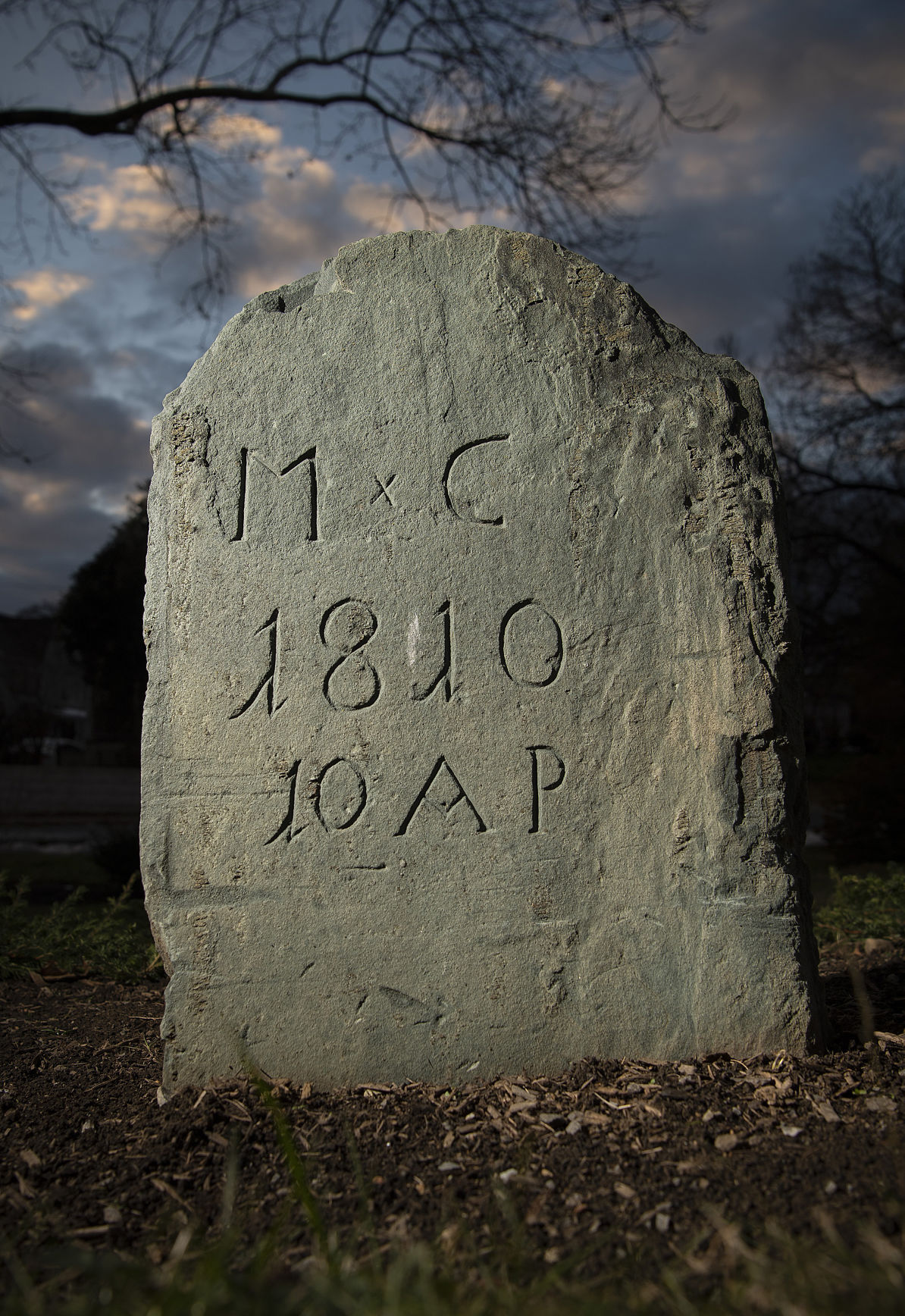 The oldest locatable tombstone in the Old Berlin Cemetery in Brunswick is marked 1810. 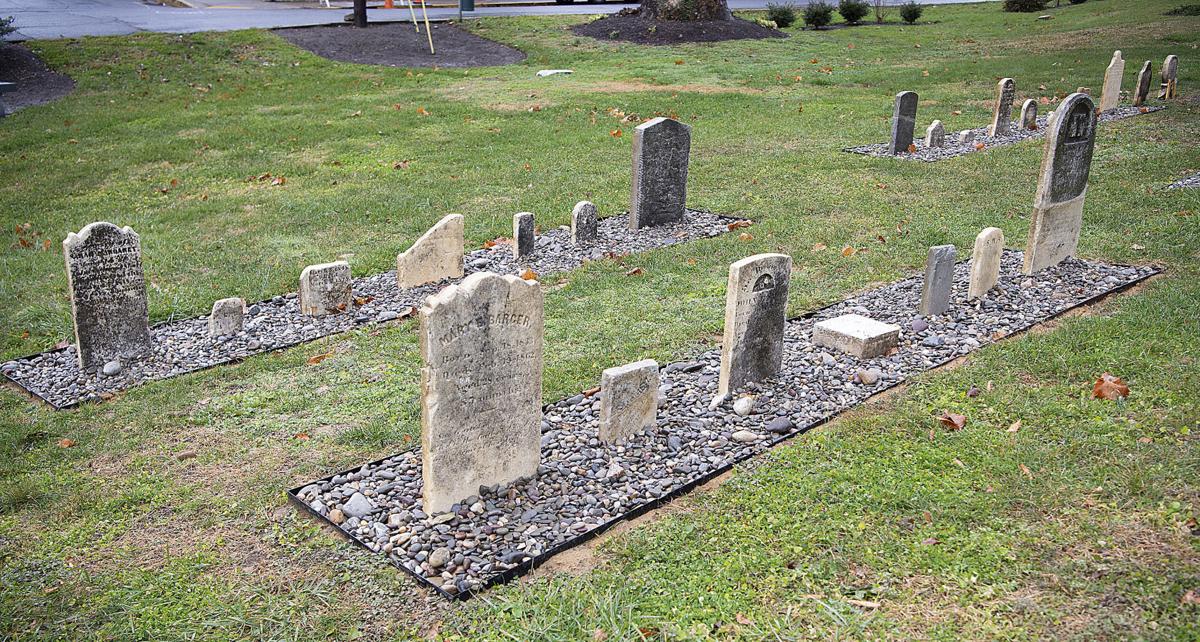 Old Berlin Cemetery is the resting place of Civil War soldiers, railroad and C&O Canal workers and Brunswick townspeople. The half-acre plot is the earliest known cemetery in Brunswick, with burials dating back to 1799.

Three tombstones, placed around 1900, in the Old Berlin Cemetery, the resting place of Civil War soldiers, railroad and C&O Canal workers and Brunswick townspeople. The half-acre plot is the earliest known cemetery in Brunswick, with burials taking place since from 1799 to 1948. Most burials occurred between 1870 and 1920.

The oldest locatable tombstone in the Old Berlin Cemetery in Brunswick is marked 1810.

Old Berlin Cemetery is the resting place of Civil War soldiers, railroad and C&O Canal workers and Brunswick townspeople. The half-acre plot is the earliest known cemetery in Brunswick, with burials dating back to 1799.

It’s not the first place one would expect to see a cemetery, located in a mostly residential neighborhood next to Smoketown Brewing Station. But it’s been there for hundreds of years.

Old Berlin Cemetery is the resting place of Civil War soldiers, railroad and C&O Canal workers and Brunswick townspeople. The half-acre plot is the earliest known cemetery in Brunswick, with burials taking place since at least 1799 and spanning to 1948. Most burials happened between 1870 and 1920.

Over the years, the cemetery fell into disrepair, but it’s looking better recently as a result of years of effort to restore dignity and respect to the once dilapidated area. Work is expected to be completed by the end of the year.

“It’s making a beautiful place that you want to come and visit,” said Karin Birch, a member of the Old Berlin Cemetery Restoration Committee. “It used to just be empty, and you’d just pass through, and you knew it was a graveyard because there’s a few stones, but it didn’t feel like a cared about place and now it does.”

Before the restoration, tombstones were falling over, broken or had been lost in the ground over the years. Weeds were growing everywhere, making the cemetery look like an abandoned lot.

“It just was not right,” said Diane Ellis, who got involved in the restoration process around 2013. “It was like we were dishonoring some of these people who were among the founders of this town and … there’s a certain morality to it, I think.”

She added, “I realized that they needed funding, and I helped to write the first grant that we got from Preservation Maryland, and once I got involved, I became very interested in the history of the cemetery.”

A Preservation Maryland grant was received in 2015, providing funds for a planning study and to hire professional cemetery stone conservator Howard Wellman, who inventoried existing gravestones and made recommendations, according to an email from Ellis.

During the work, Wellman was able to do stone repairs, upright headstones and transcribe names, reconnecting family members who were originally buried together.

The committee to restore the cemetery was created in 2016 by Mayor Jeffrey Snoots. It sought grants and worked with the city. The committee applied for a grant from the Maryland Heritage Area Authority Capital program twice and received it in 2019, getting an additional $17,500 in funding, which was matched by the city, according to Ellis.

This grant funded an Old Berlin Cemetery entrance stone, a stone to inform visitors about the history of the cemetery, granite benches, tombstone repairs, landscaping and the development of a website.

Birch said they knew from past history there were shrubs around the family plots in the cemetery that had been torn out years ago.

“I started with that, and that’s where the most formal boxwoods are to kind of honor that history,” she said. “We were having trouble with people driving their vehicles through the cemetery, so we definitely wanted to make it more protected, but not like security.”

In the open spaces, Birch said there are primarily native plants, shrubs and trees to make it softer and welcome wildlife.

“So that when you come and sit at a bench and meditate on these beautiful stones and all the things you would think about, you’re also listening to the birds and watching butterflies,” she said. “In an urban setting just having that nature, to me, is very inviting.”

“This is the history of Brunswick,” said Dr. Wayne Allgaier, a group member who’s interested in the lives of those buried in the cemetery. “That’s what I’m doing right now ... I take a name, and then I go through Census records and Ancestry.com and other things and learn about these people and their families. This is our history right here.”

A couple of months ago, Allgaier was in the cemetery, and four young girls asked why some tombstones were on the ground.

“I said, ‘What are you talking about? We put them all upright,’” he said. “Walked up here. Somebody, the night before, had brought four tombstones from who knows where that belonged in the cemetery because we got the names associated with the people buried here ... and just laid them down.”

A couple were able to be identified and are in a special area of the cemetery for orphan stones.

As for what people who visit the cemetery or are curious about it should know, Ellis said simply: Be respectful.

It has been wonderful to see this sacred ground having it's dignity restored.

Some great photos accompanying the story!

Good job Diane, Wayne, and the rest if the OBCRC. Well done!

I enjoy going to cemeteries but have no intention of being buried in one. Cremation for me.

I'm with you, public. I've researched many ancestral grave locations, visited, and photographed the gravestones. But for me, I want to be cremated and sent down my favorite river in the Midwest one last time.

Ashes to ashes, dust to dust.

Merry Christmas to you.

And festive and filling Frau Holle day to you!

once upon a time Brunswick was named Berlin?

Originally Eel Town back in 1728 and then Berlin in 1787 due to the large number of Germans settling there. It become Brunswick in 1890. Surprised it was not New Berlin instead as was typical for early settlers to name their towns that way.

Wikipedia mentions that a "Berlin" already existed on the Eastern shore.

Saw that and supposed to be the cause for the change. Post Office issues and before the days of Zip Codes, understandable.

Any Confederate soldiers buried there?

Probably. What's your point? Not like they will be dug up and relocated.

Well, my point is that if there are, I'm some of the "woke" will be offended and probably want them dug up and relocated. Just saying.

Tom, have you heard the story of how Jefferson was originally called Traptown? I heard that years ago from Hemp's. Don't know if it's true or not.

Merry Christmas to you.

Let's hope the woke leave those sleeping in peace.

And Traptown is quite true as there were bars at either end of town. It is one of the few string towns in Maryland as the original lots (1774, east from Old Middletown Road)) were laid out by a taut string. The original lots are more or less still intact. New Freedom was laid out to the west in 1795.

'Of course those cattle drives gave rise to many a tale, but perhaps the most famous is the bull in the china shop. On this particular day, Abraham's brother Bob and two helpers were driving steers thru Frederick. All went well until they came to a store that specialized in glass and pottery. Then, for some reason known only to God and the animal involved, one of the steers decided to have a closer look at the merchandise. Although Bob and his two helpers tried to head him off, they weren't fast enough to catch a steer with a purpose on his mind. He went straight through the store's plate glass window and was finally found perusing a bushel basket of lamp chimneys'

But I digress. Merry Christmas!

bosco, what are some examples of people calling for the graves of Confederate soldiers to be relocated? I am fascinated by what you know and would like to subscribe to your newsletter.

Public - it wasn't the actual graves, but earlier this year a plaque with the names of Confederate pow's who died at Fort Warren in Boston was removed.

Blueline, Thanks but it’s what bosco knows about demands that actual graves be moved that I’m eager to learn about.