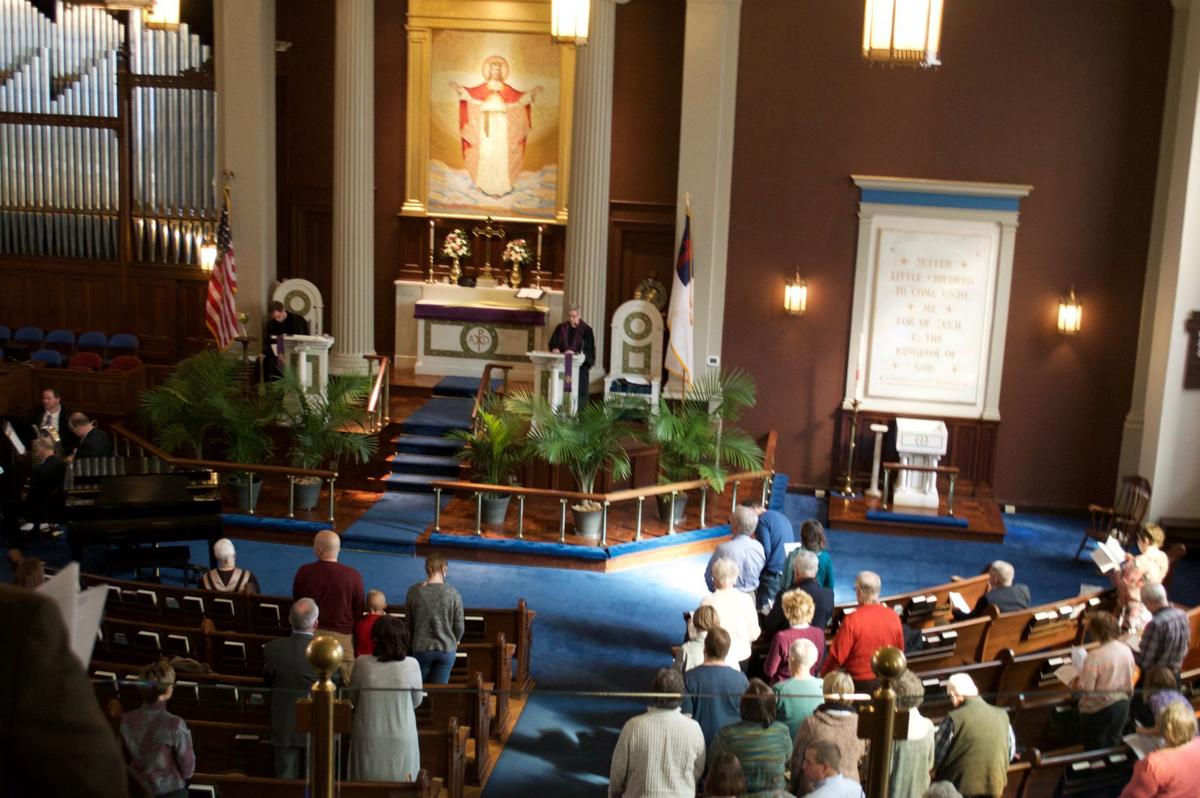 Members of Evangelical Reformed United Church of Christ in Frederick worship in their sanctuary Sunday for the first time since a fire damaged the building. 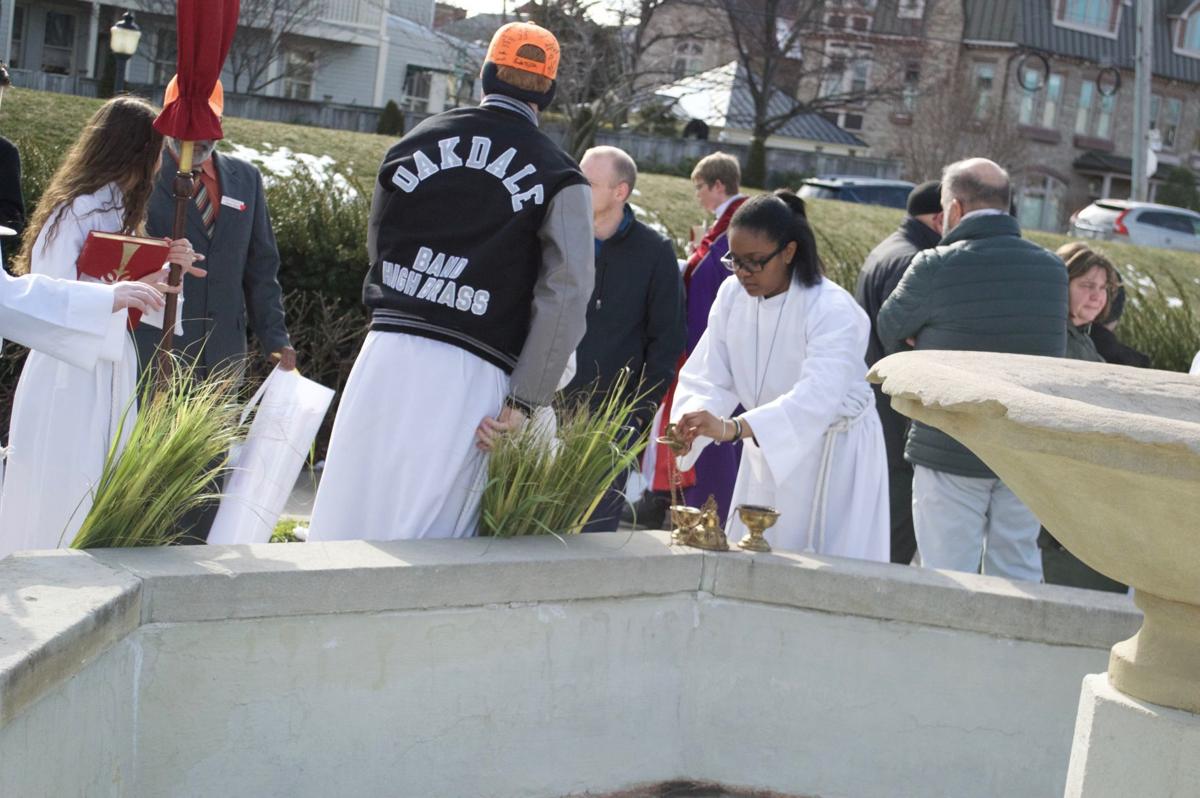 Brittany Wright, of All Saints’ Episcopal Church, prepares incense for a Palm Sunday procession from Baker Park to the church on Sunday.

Members of Evangelical Reformed United Church of Christ in Frederick worship in their sanctuary Sunday for the first time since a fire damaged the building.

Brittany Wright, of All Saints’ Episcopal Church, prepares incense for a Palm Sunday procession from Baker Park to the church on Sunday.

For Christians, Palm Sunday and the Easter season mark a period of resurrection and renewal.

But one downtown Frederick church experienced its own sort of new beginning Sunday, with the first service back in its sanctuary after the building was damaged by a February fire.

Members of Evangelical Reformed United Church of Christ sang and prayed in their own building Sunday, after more than a month of meeting just down West Church Street at All Saints’ Episcopal Church.

“It just feels like going back home,” said Jean Ellen as she greeted worshippers filing into the sanctuary.

The congregation is especially glad to be able to get back into the building before Easter, she said.

While the carpets, walls and organ pipes had been cleaned, and the sanctuary had a fresh feeling to it as the spring sunshine filtered through the stained-glass windows, there is still work to be done.

One window was damaged by the heat from the fire and by firefighters as they responded to the blaze, and the opening was still covered up Sunday.

The window had been removed and sent to a company in Pittsburgh to be restored, said RaeAnn Butler, who heads the church’s construction implementation committee.

They hope to have it back in two to three weeks, she said.

But members and worshippers were simply happy to be back in their usual place on Sunday.

The building feels like it’s new again, said Eric Weakly as he stood in the vestibule before the service began.

He and others were grateful to All Saints’ Episcopal for providing a temporary home during the repairs.

“They were great to help us out. They were fantastic,” Weakly said.

While All Saints’ was very hospitable, it was good to be back in their own building on Sunday, Evangelical Reformed pastor Barbara Kershner Daniel said in an email Sunday night.

The congregation has learned a lot of resilience and flexibility, she said, and she believes that will help them as a church in the future.

Members from the two churches took part in a procession from Baker Park up West Church Street to their respective buildings before Sunday’s services.

They wanted to do a palm procession to celebrate Palm Sunday, said the Rev. Adrien Dawson, rector at All Saints’.

In the Christian faith, Palm Sunday celebrates Jesus’s entry into Jerusalem leading up to his crucifixion.

The procession was a chance to get out of the church building itself and “traipse through town a little bit,” Dawson said.