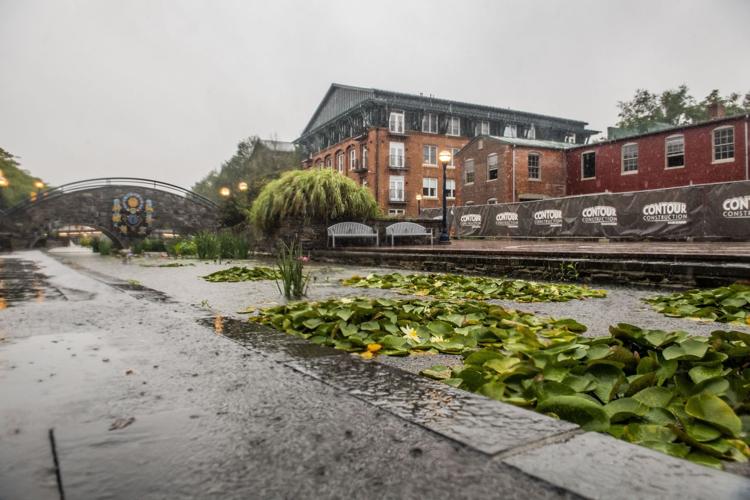 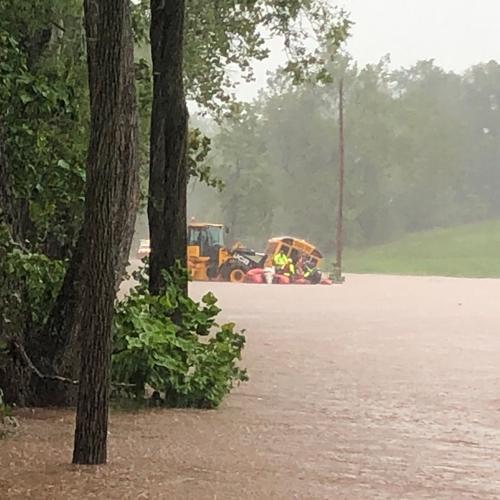 A Frederick County Public Schools bus with children aboard became stuck during flooding in Thurmont. There were no injuries reported. 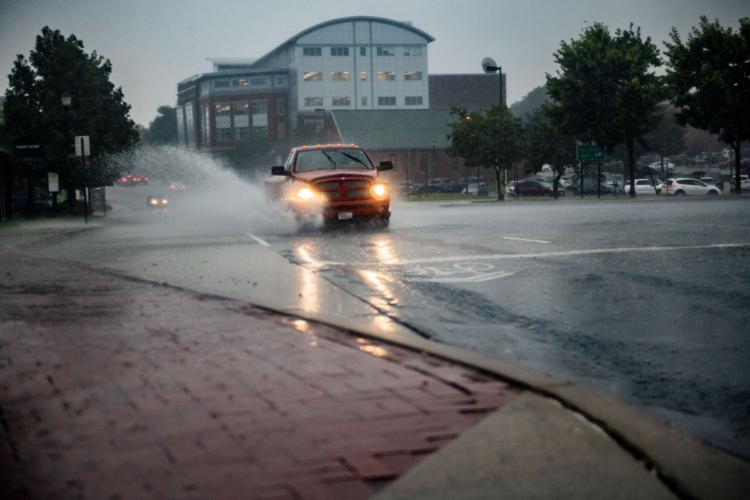 Remnants of Hurricane Ida dumped several inches of rain in parts of Frederick County in September 2021.

Remnants of Hurricane Ida dumped several inches of rain in parts of Frederick County in September 2021.

FCPS buses re-routed back to schools in afternoon

Frederick County school buses were told to turn around mid-route Wednesday afternoon, bringing children back to school buildings as heavy rains made many roads impassable.

The Frederick County Sheriff’s Office made the call to take buses off the roads, said FCSO spokesman Todd Wivell. First responders had to use boats to evacuate the passengers off three buses stranded across the county, according to a press release from the Department of Fire and Rescue Services.

The school bus rescues occurred at Hessong Bridge and Blacks Mill roads near Thurmont, Hiney and Legore roads near New Midway, and New Design and Mountville roads near Adamstown. In total, more than 20 students had to be evacuated, the release said.

FCPS officials wrote in a Find out First email that all students and drivers were safe. Parents were being encouraged to pick their children up from school once it was safe for them to do so. But as of about 6 p.m., emails indicated that schools were still working to reunite students with their parents.

Flood Warning into the evening

The National Weather Service has issued a flood warning for Frederick County until 7:30 p.m. Wednesday, citing heavy rains from thunderstorms caused by the remains of Tropical Storm Ida.

Flooding was ongoing or expected to begin shortly in an area that includes Frederick County, Washington County, western Carroll County, as well as parts of Loudoun County in Virginia and several counties in West Virginia.

Between 1 and 2 inches of rain had fallen by 1:30 p.m., with another one to two inches expected in the warning area, according to the weather service.

A flash flood watch remains in effect for much of the Washington, D.C. and Baltimore area until Thursday morning.

Frederick County Sheriff's Office spokesman Todd Wivell said deputies had responded to two accidents with injuries as of 2:40 p.m., as well as one report ofa tree in the roadway.

Here's a running list of road closures as they're being provided by local officials and weather alerts:

With favorable weather expected for Labor Day weekend, first responders are urging residents to continue to be wary of high water in the wake …

Allow me to sum up the comments: "any decision was wrong and they should have known better."

@JTH, you hit that nail squarely on the head!!

I’m sure this evacuation was Joe Biden’s fault.

Dumb decision by FCSO to send buses mid-route back to schools. Parents had to rush out and get their kids, in much smaller and lighter vehicles than a school bus, causing more of a hazard on the road after the NWS warned not to go out. FCPS should have let kids out early or cancelled school, FCSO should have not gotten involved in bus route activity.

Then you would have said how stupid it was to cancel schools for rain.

This was a clear danger announced well in advance, FCPS should have gone to Zoom for the day to mitigate risk or at least let school out early.

The school board is really struggling with decision making. Sad

The school board has nothing to do with transportation and weather related decisions. Sad.

Don’t care. This storm was predicted long in advance. Someone has some explaining to do

Very timely, quick and factual story FNP. Nice work here. So happy to hear all involved are safe and God bless and protect our local emergency services personnel. There are many heroes that walk among us.

That's one heck of a photo of the school bus at a 45 degree angle.

There's no excuse for putting those kids at risk like that. None, This was forecast and it's exactly followed the forecast. Currently there's a large river rolling down the Carroll Creek floodplain. Shows how great the work to control the creek was.

Must be the board just caving in to the parents who wanted in class instruction.

Actually it would have been the transportation dept that makes decisions on weather related school closures and delays.

Excellent and timely reporting, Mr. Marshall. Thank you so much.