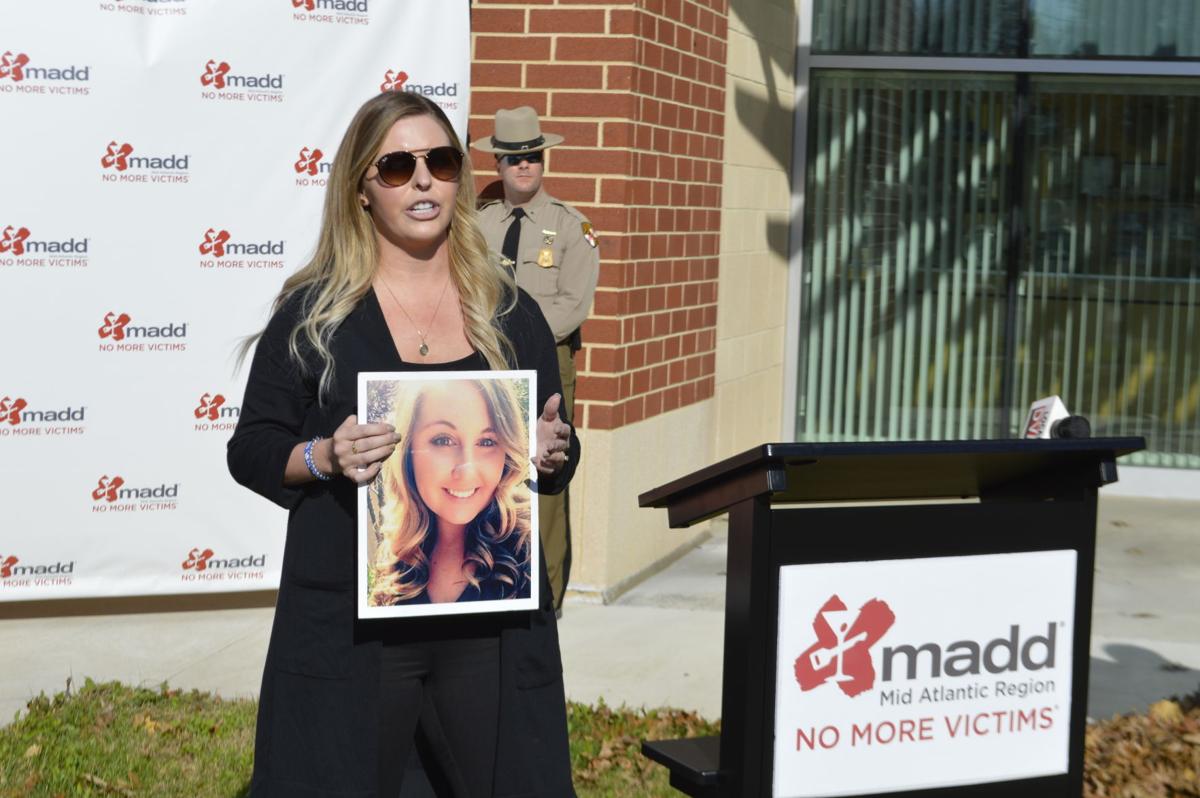 Brianna Kane, a volunteer for MADD, holds a photo of her sister, Taylor Anne Halbleib, who was killed by a drunk driver in 2017 at the age of 21. 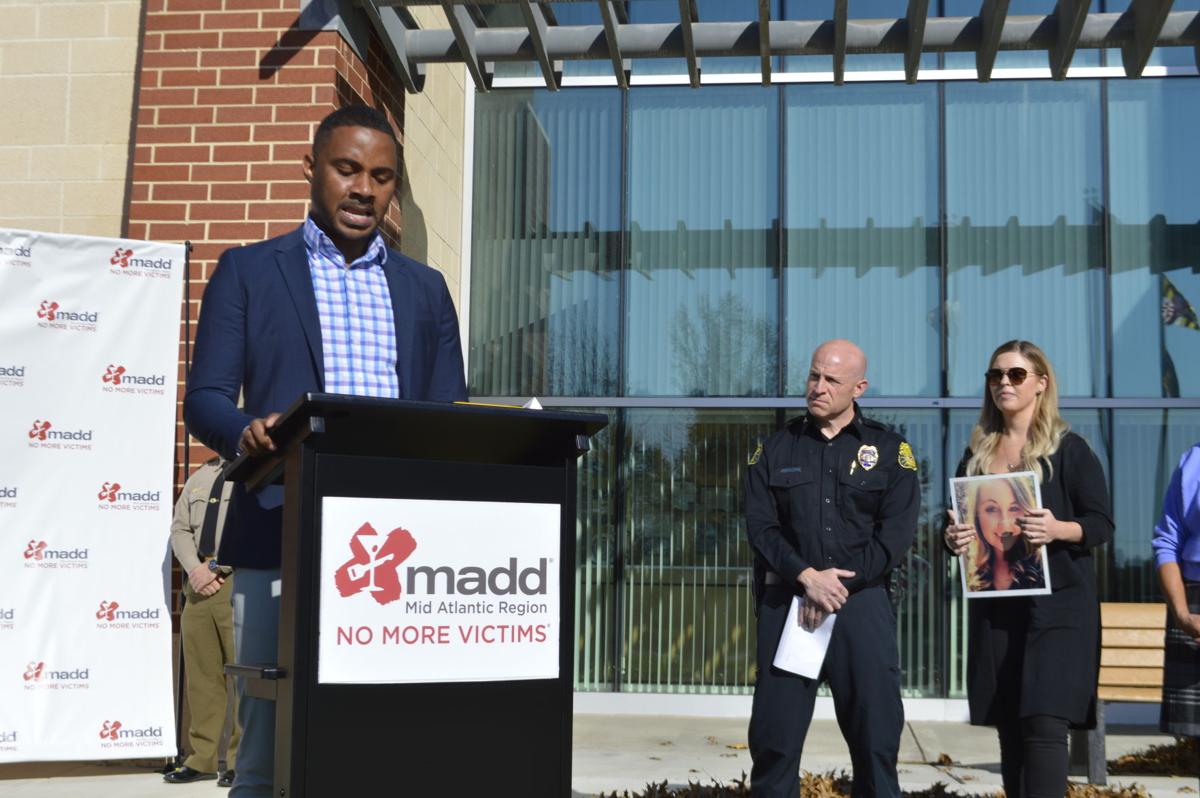 Roderick Howard, executive director for MADD Mid-Atlantic, speaks at Thursday's press event. He is joined in this photo by Chief Jason Lando, center, and Brianna Kane.

Brianna Kane, a volunteer for MADD, holds a photo of her sister, Taylor Anne Halbleib, who was killed by a drunk driver in 2017 at the age of 21.

Roderick Howard, executive director for MADD Mid-Atlantic, speaks at Thursday's press event. He is joined in this photo by Chief Jason Lando, center, and Brianna Kane.

Mothers Against Drunk Driving is continuing its plea asking the public not to drive while inebriated this holiday season.

Instead, MADD is asking the public to “Tie One On for Safety.”

MADD Mid-Atlantic kicked off the 35th annual Tie One On for Safety campaign Thursday at the Frederick County Law Enforcement Center, during which the organization, along with members of law enforcement, implored the public to pick a designated driver during the holiday season.

Roderick Howard, regional executive director of MADD Mid-Atlantic, hosted Thursday’s press event, saying the Tie One On for Safety campaign, which encourages drivers to tie a red ribbon onto their car’s antenna as a “visible reminder to designate a sober driver,” is MADD’s longest-running campaign.

“The name comes from ‘tie one on,’ which is slang for drinking alcohol, but MADD used the phrase to remind everyone drinking and driving don’t mix,” Howard explained. “While the phrase is not popular today, the ultimate message continues to remain the same: drive safe, sober and buckle up.”

According to statistics provided by MADD, 926 people died nationwide in 2019 as a result of drunken driving incidents between 6 p.m. on the night before Thanksgiving and New Year’s Eve. MADD says this represents nearly a third of all drunken driving deaths in the entirety of that year.

“Impaired driving in Maryland continues to be a contributing factor in at least 20 percent of our motor vehicle fatalities,” he said. “Just last year, 120 people were killed, and more than 2,600 people were injured on Maryland’s roads from someone’s poor decision to drive impaired.

“While these numbers did trend down last year, we know there is still work to do to keep alcohol and drug-impaired drivers off our roads,” Kerns went on.

“Just this year alone, four out of seven of the current traffic fatalities that we are currently looking at are alcohol-related,” saying it is an “uphill trend” from the previous year.

Brianna Kane, a volunteer for MADD, spoke while holding a photo of her sister Taylor Anne Halbleib, who was killed in December 2017 by a drunk driver on Md. Route 6 in Charles County, according to reporting at the time from NBC 4 Washington.

“The mental, emotional and physical impact that this has on a family is forever,” Kane said. “It’s not something that you just get over; it’s something that you learn to live with. My sister was young, and she had a bright future ahead of her. She had goals and dreams for herself, just like every one of you do, and there is simply just no excuse.

“We here at MADD are asking the community to come forward and take responsibility for your choices,” she went on. “Those choices affect a lot more people than just yourself, and you want to make those choices something you’re proud of.”