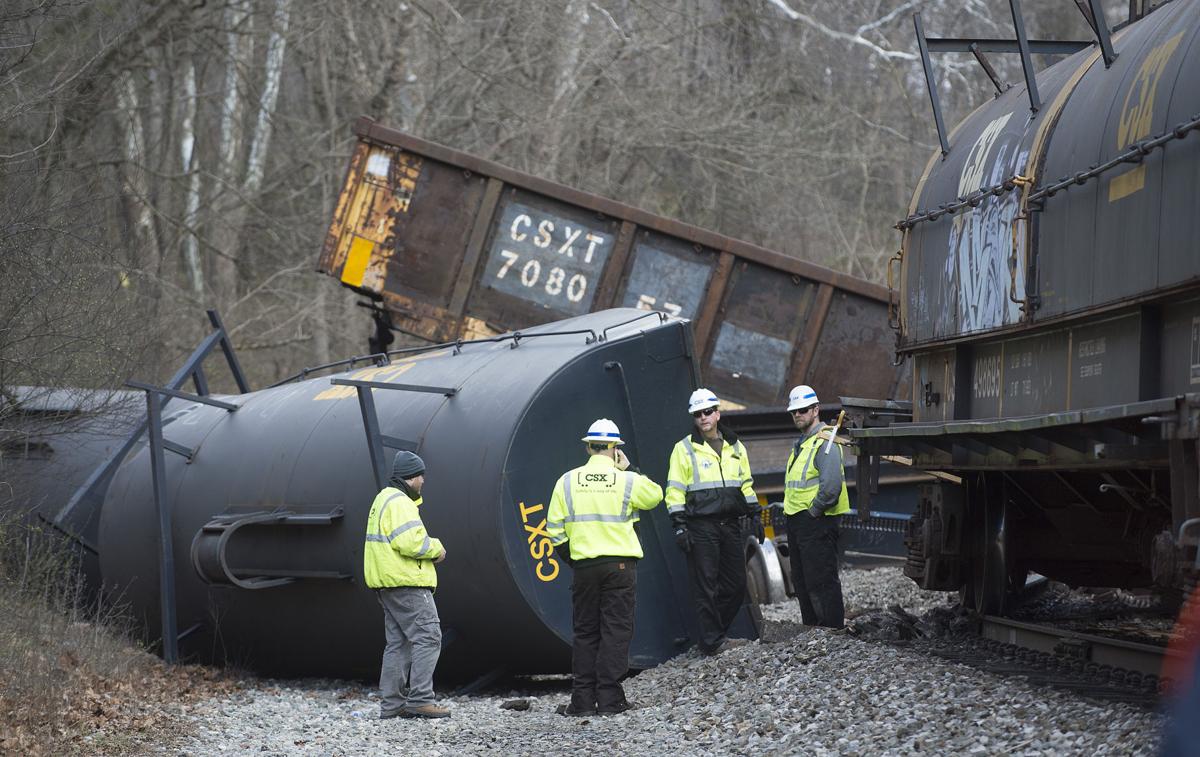 CSX workers are on the scene beginning to remove the damaged rail cars. 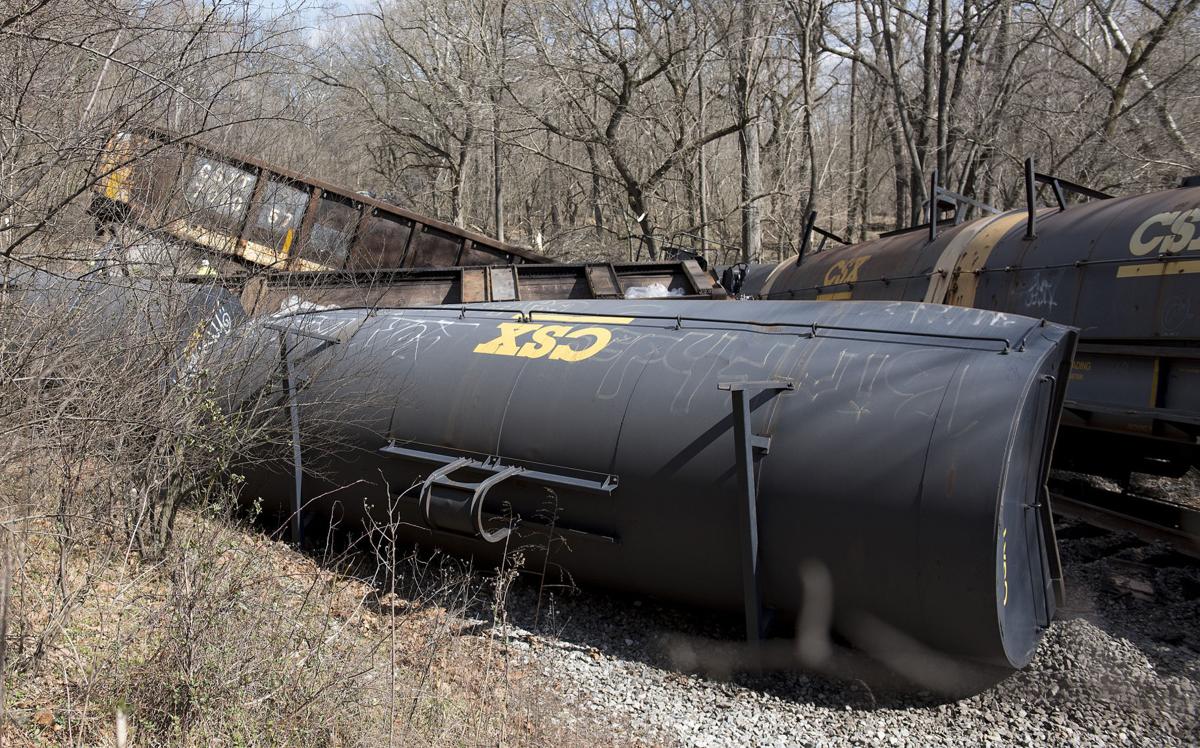 A CSX freight train traveling from Cumberland to Baltimore had eight cars derail and pile up near Whiskey Creek Golf Course around 8 a.m. on Thursday. CSX workers are on the scene beginning to remove the damaged rail cars.

CSX workers are on the scene beginning to remove the damaged rail cars.

A CSX freight train traveling from Cumberland to Baltimore had eight cars derail and pile up near Whiskey Creek Golf Course around 8 a.m. on Thursday. CSX workers are on the scene beginning to remove the damaged rail cars.

The cause of the derailment is under investigation, Doolittle said.

Phil Snyder, an Ijamsville resident, said he heard the train derail from his home more than 300 yards away and went out to see what happened. Snyder said he went down to the scene to see if any hazardous materials were leaking and to check on the conductor.

Snyder said he typically hears the train as it drives by his property, but in the past couple months, it has gotten louder as it goes around the corner near where it crashed. He said he filed two complaints with CSX regarding the noise.

Doolittle said he couldn’t confirm the complaints were filed, but he would look into it.

“What I can say is safety is CSX’s highest priority,” Doolittle said. He said trains and rail lines are inspected several times weekly to make sure “conditions are proper for safe railroad travel.”

Doolittle said he was unsure how long cleanup at the scene would take.

A better report would tell us what the derailed cars were carrying, or were they just empties. What is the 'corner' referenced? A sharp turn? How about a map, even googlemaps map with an X marks the accident site to go along with the report. What speed was the train traveling. What speed limit applies here? Any p[lans to straighten the line in this area that would make it safer?

Peter Sam - I can see why you would be concerned about a derailment:

When the article first appeared Thursday, there was a link to a Google Maps location. I see that the link is still there, though appearing a bit fractured in my browser.

seemed no one else had a problem at this location.

45. Hike the Appalachian in Frederick County