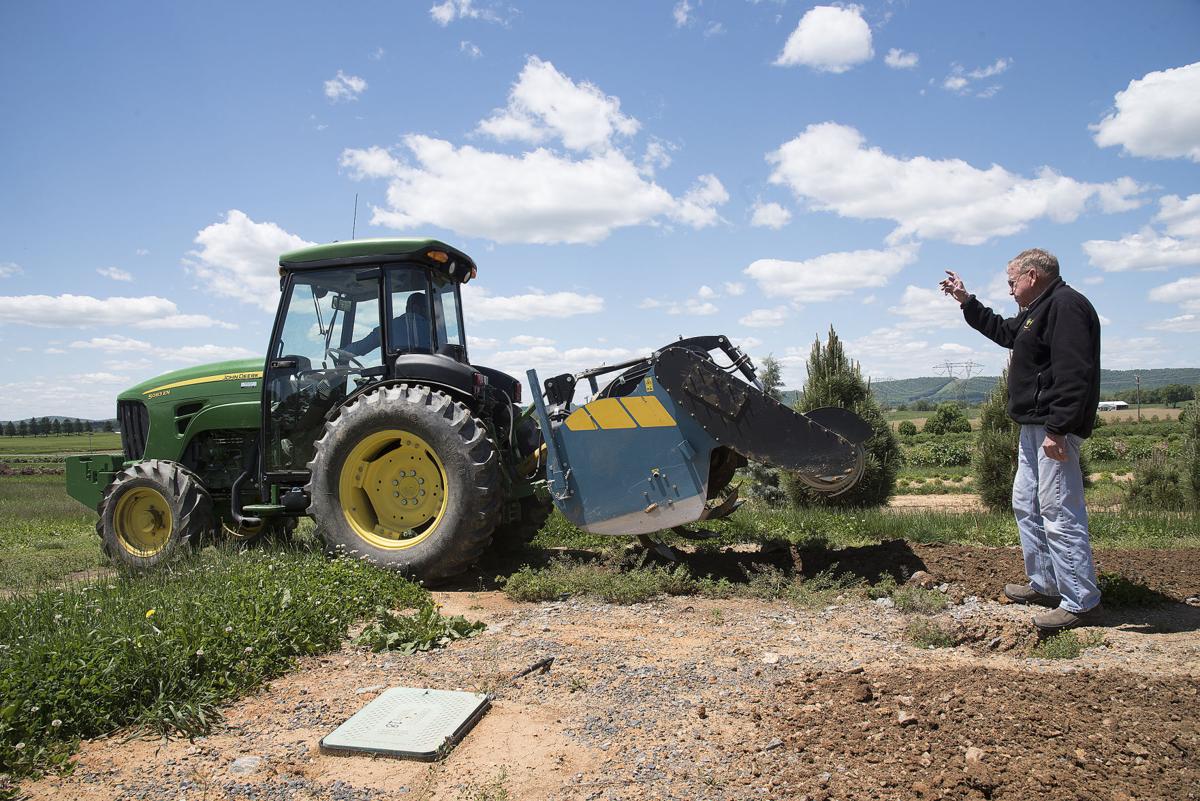 Jerry Faulring has his operator lift the blades of a rotary spading machine on Monday so they are easier for a visitor to see. 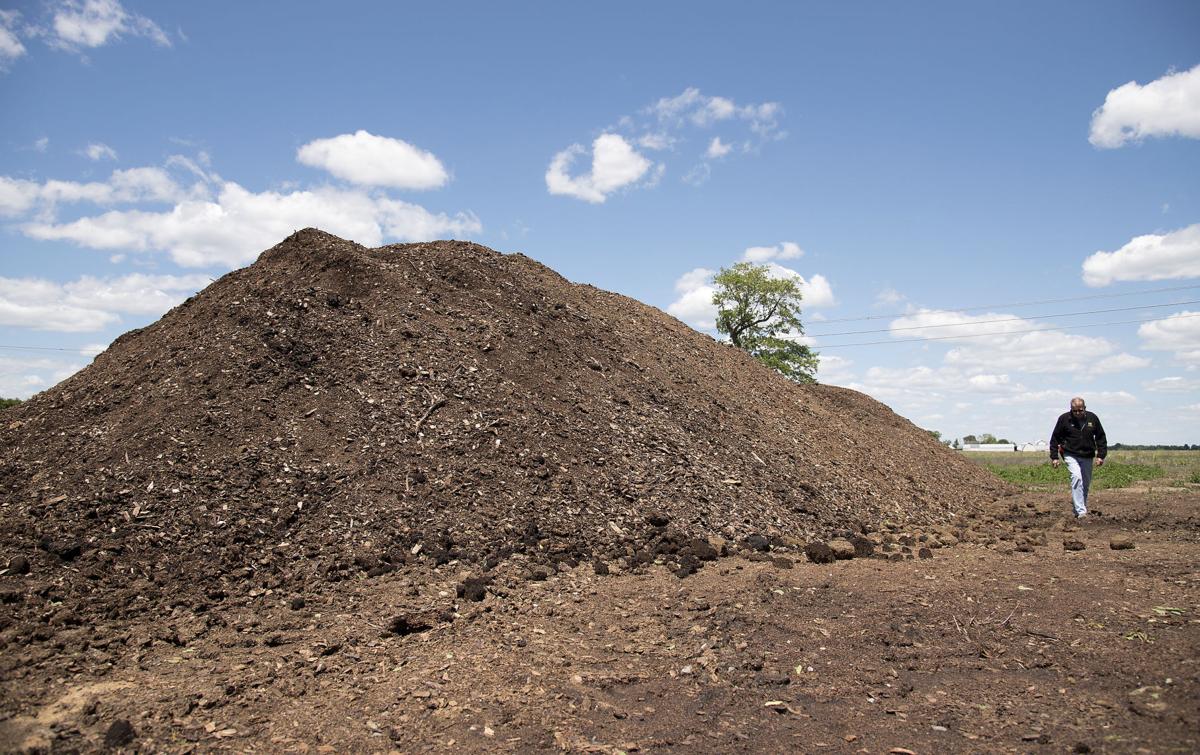 Jerry Faulring, owner of Waverly Farm in Adamstown, walks through his composting area. 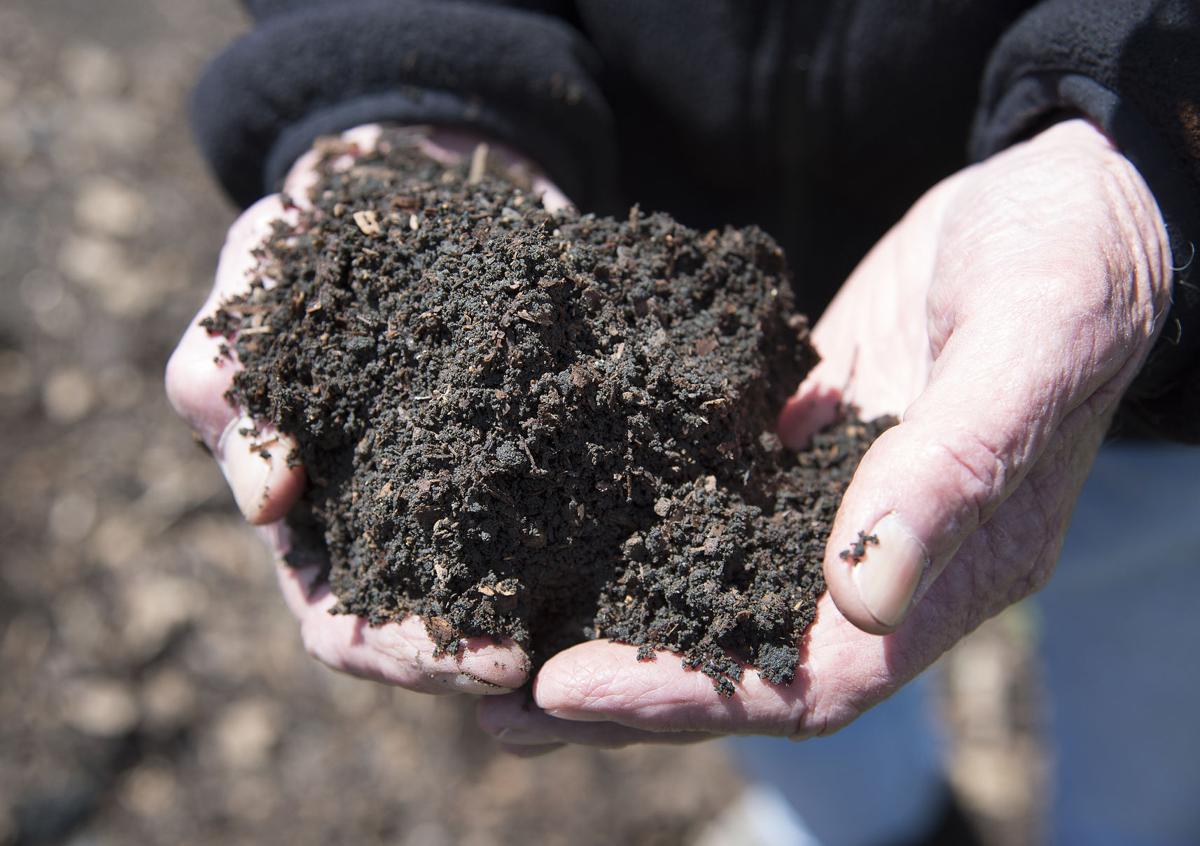 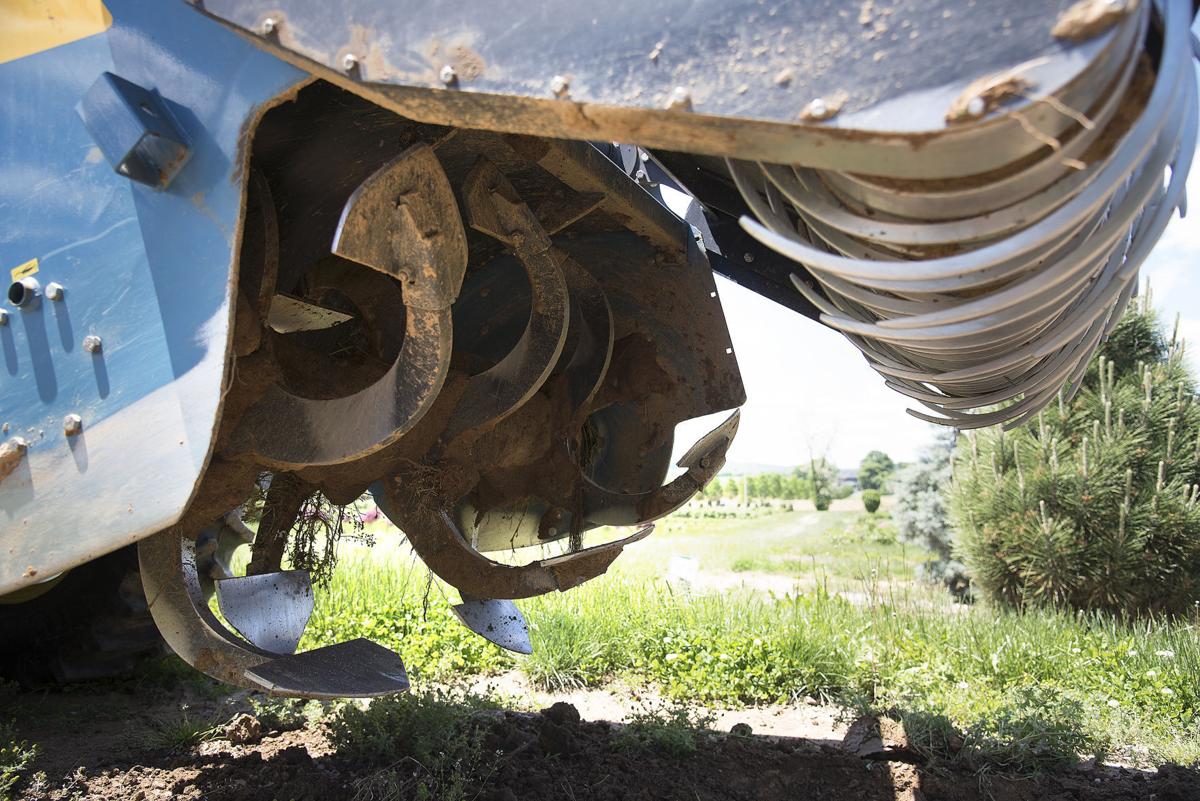 The blades of a rotary spading machine at Waverly Farm in Adamstown.

Jerry Faulring has his operator lift the blades of a rotary spading machine on Monday so they are easier for a visitor to see.

Jerry Faulring, owner of Waverly Farm in Adamstown, walks through his composting area.

The blades of a rotary spading machine at Waverly Farm in Adamstown.

Every time nurseries and orchards put a tree in the ground, they gamble that the soil is healthy enough to support a tree for a decade or more.

Jerry Faulring operates Waverly Farm, a 200-acre tree and shrub nursery in Adamstown, and has continued to expand his business by rebuilding the soil.

Waverly Farm loses an average of 250 tons of soil per acre when it harvests its nursery trees. The dirt and roots are balled together, and the smallest ball size Waverly Farm sells is 500 pounds. The soil then leaves Maryland for wholesale companies whose main markets are in New England.

“To be sustainable long term, you have to find a way to replace that soil,” Faulring said.

The answer turned out to be products that others were giving away.

Faulring composts horse manure and bedding for nine months to a year at the nursery, and combines it with river silt — debris filtered from drinking water at the treatment plant — to make a soil rich in organic matter and minerals. This gives him between 130 and 140 tons of free compost each year to plant new trees.

The nursery folds the replacement soil into the ground with a machine called a rotary spade, which blends the remaining dirt and farm-made compost together. The end result is a soil that has a lot of organic matter and minerals, which the young trees need to grow, Faulring said.

The gentle mixing maintains the structure of the soil, which is what allows soil to hold water and not compact and erode.

Faulring found he can grow his plants faster, and that the water-holding capacity of the soil has gone up 26 percent because of the organic matter.

An orchard’s trees, on the other hand, are in the ground for more than two decades.

Robert Black, who runs Catoctin Mountain Orchard near Thurmont, recently purchased a rotary spade to get more nutrients into the ground before planting thousands of new fruit trees this spring.

The orchard lost topsoil to erosion in the late summers of the 1950s and ’60s as a trade-off to losing peach crops to fungal infections. The development of fungicides allowed the orchard to plant grass in the orchard to hold the soil in place.

Now, the orchard is looking to boost its soil health again. It composts the scrap wood from pruning and can now fold it back into the soil as nutrients for new trees.

The trees are in the ground for 20 to 25 years, and the rotary spade is an easy way to get the organic matter down further in the soil for the tree roots before planting.

Fruit trees have many fibrous roots that come off the main root and absorb nutrients for the tree, Black said. Black took a shovel to the freshly mixed soil and saw 15 inches of mixed topsoil for the new trees to take root in.

Faulring studied agronomy — crop science — in college, but soil health was never discussed before he graduated in the 1970s. He is a longtime subscriber to a handful of traditional farming magazines, and in the last five years, there has been a burst of articles on building healthy soil.

For Faulring, a lesson in soil health came a decade and a half ago when his trees started to be damaged by the cold.

The new growth on the nursery plants wasn’t hardening before the first winter freeze, Faulring said.

Faulring concluded that synthetic fertilizer was causing the problem by delaying the hardening process, especially in holly plants, of which Waverly Farm produces huge quantities. The nursery was losing an estimated 20 percent of its potential income to winter injury, Faulring said.

The nursery no longer uses fertilizer and relies on building soil health to nourish the plants instead. Three years ago, Faulring eliminated all winter injury there, he said.

Watching the healthy soil movement evolve has been interesting for Faulring.

Faulring anticipates it will take 50 to 100 years for farms to fully embrace techniques that will restore the soil and make it more robust. With any movement, there are early adopters and later followers. Even with the far outlook, Faulring said the tide has already turned.

Gov. Larry Hogan (R) on Thursday signed the Maryland Healthy Soils Act, which sets up a state Healthy Soil Program to improve the health, yield and profitability of soils in Maryland by providing research, education and technical assistance to farmers.

Maryland Secretary of Agriculture Joe Bartenfelder said in a statement published the same day: “Our farmers have shown an incredible commitment to improving and protecting our environment, and I look forward to building on that progress.”

Modern agriculture has given rise to better crops and higher yields, but to feed the world’s growing population, farmers have begun to look at…