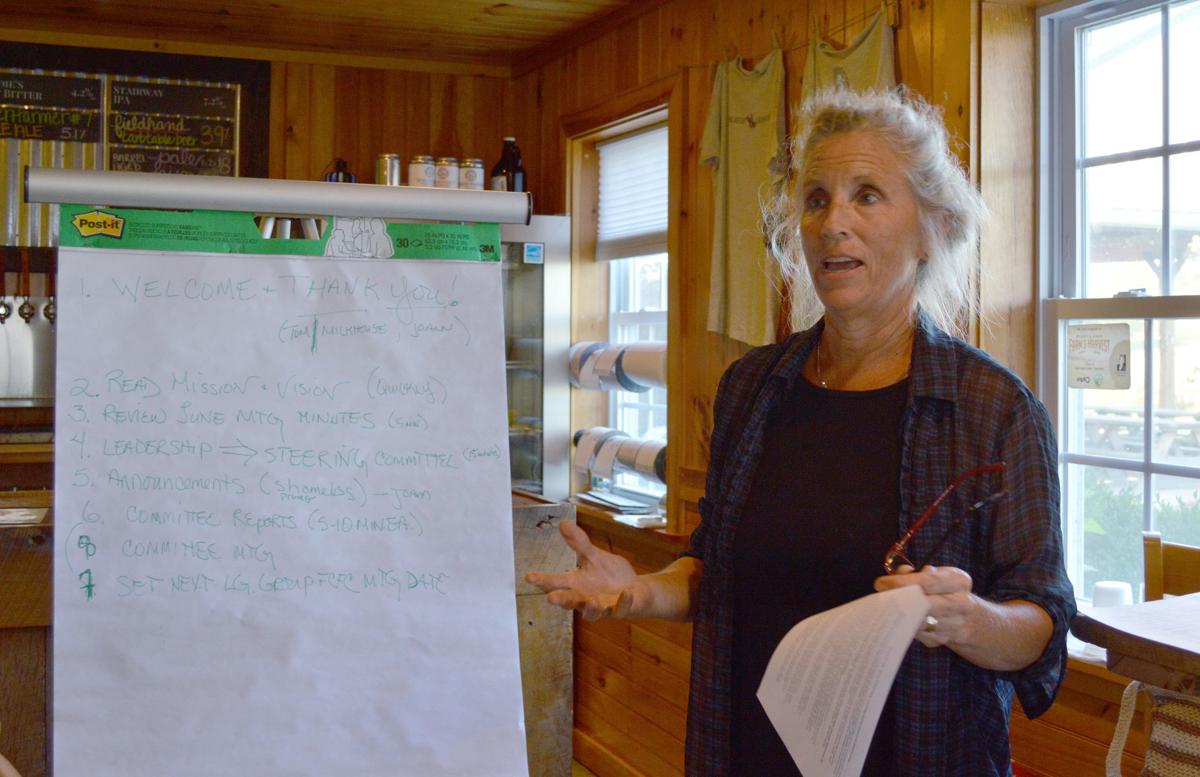 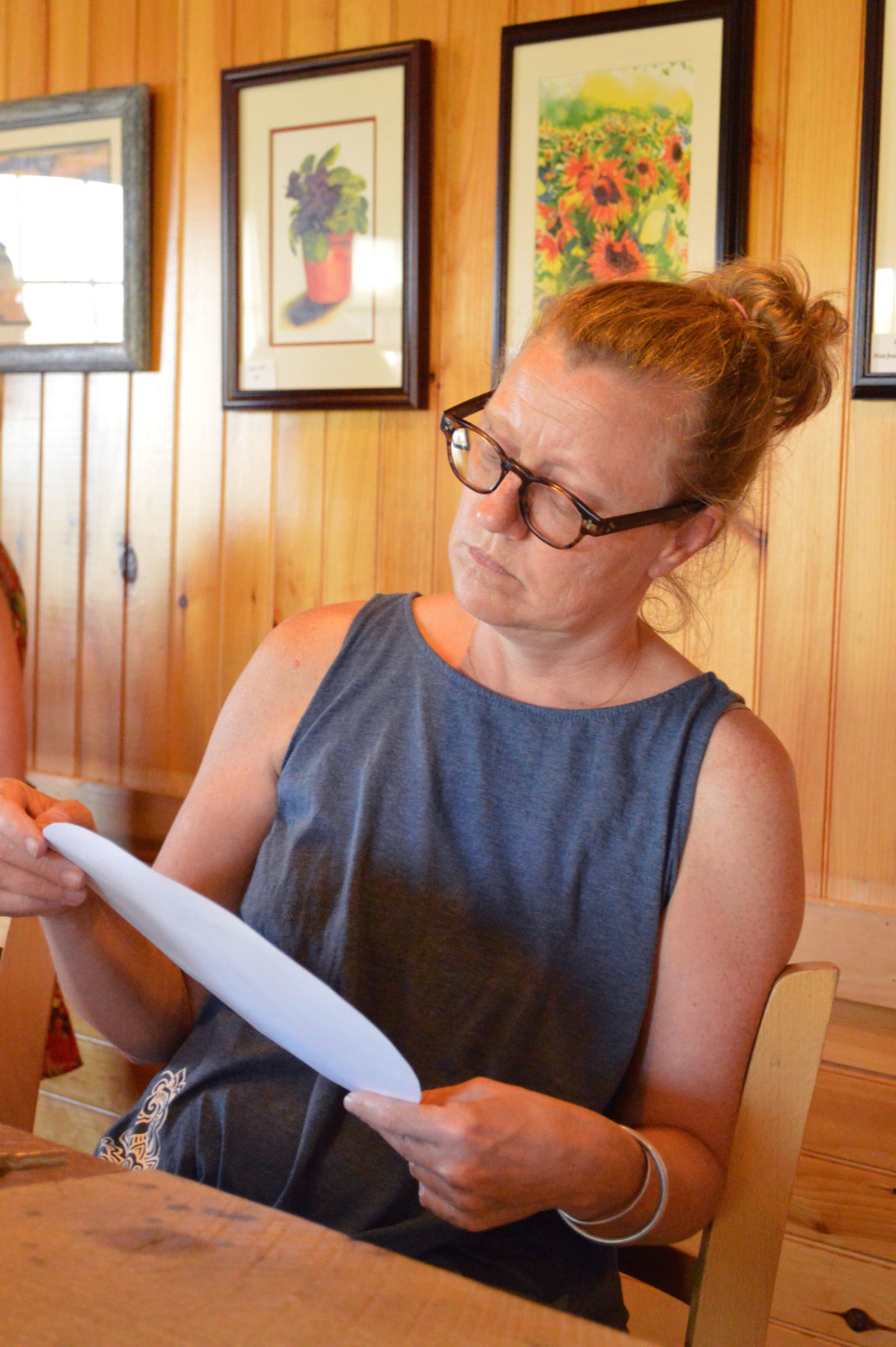 Elon Ross, executive director of Federated Charities Corp. of Frederick, reads at a meeting of the Frederick Food Council on Wednesday at Milkhouse Brewery. 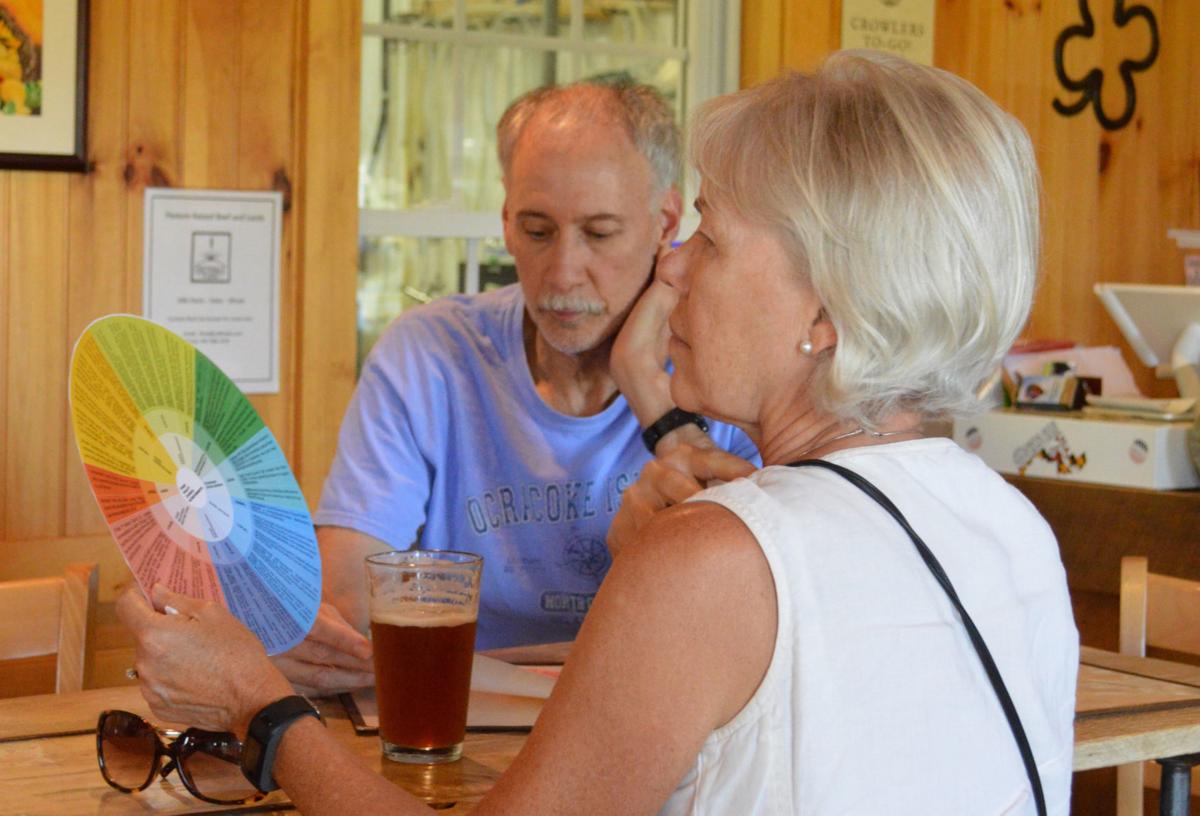 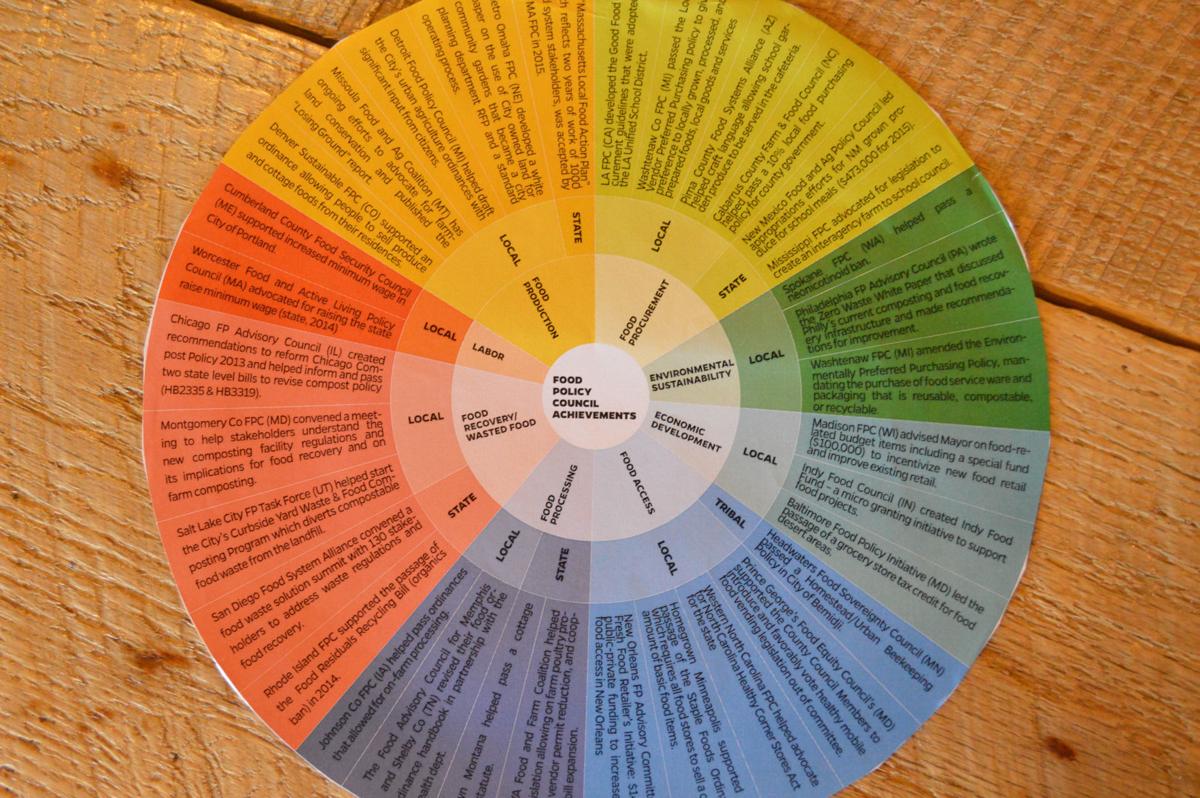 Elon Ross, executive director of Federated Charities Corp. of Frederick, reads at a meeting of the Frederick Food Council on Wednesday at Milkhouse Brewery.

With a mission, a vision and a set of goals in place, the Frederick Food Council is now looking for leaders.

About 25 people gathered Wednesday at Milkhouse Brewery in Mount Airy to continue to shape a grassroots organization launched in April, which is dedicated to building local food equity, food education and agricultural economies. The latest hurdle is finding a small group of people willing to take charge and lead the group.

“There’s no rush. ... When we want to do something right, we have to take our time,” said JoAnn Coates-Hunter, one of the founders of the food council.

Coates-Hunter let the group members mull over if any would be interested in making a one-year commitment to a steering committee, which would organize meetings and help the group find a fiscal sponsor.

As the leadership takes shape, the group intends to bring in speakers and outreach to 4-H, high school FFA chapters and communities of color to diversify its membership and see how it can assist with food literacy.

Eventually the group will also need to think about its legislative priorities, said Myersville Mayor Wayne Creadick, who attended the gathering out of personal interest.

Now is the time to start planning what the group would like to see happen at the next General Assembly session, he said Wednesday. Frederick County has 12 municipalities and a county government, each of which has substantial influence and strong relationships with the delegates, he said.

The governments could also come together or individually support legislation.

Creadick said he plans to continue to follow the food council’s progress, and bring updates to the Maryland Municipal League when appropriate. That way, municipalities — which each have schools in their town limits — can come in and support the work of the food council at the right time, he said.

Frederick County Public Schools is an area of particular interest to the food council. Community FARE — which stands for Food Advocacy Resources and Education — was the recipient of a U.S. Department of Agriculture planning grant to determine how to get more local produce into five pilot elementary schools in the upcoming school year.

Alysia Feuer, who is the grant coordinator for Community FARE, presented to the larger food council on Wednesday on the organization’s progress. Her biggest question was: Who do we talk to?

FCPS currently buys food from Keany Produce, a Maryland distributor. Lisa Orr, executive director of Mountainside Education and Enrichment, supported speaking to the distributor to find out what its needs were and if any of those needs could be met by Frederick County farmers.

This work dovetails into the broader mission of the food council, which is to establish a “food hub,” or aggregation center, where producers could bring products to be sold in bulk, processed or marketed.

University of Maryland Extension agricultural agent Matt Morris said aggregation already works in multiple agricultural markets, including cattle, which he rears in Jefferson at Middletown Valley Beef. The key is to find or create those markets for other produce.

The council’s agricultural economy work group, on which Morris sits, has set its goal to identify the current number of farmers, the type of food they grow, the pounds of food sold in Frederick County and the obstacles to producing certain products. Then, find innovative ways to bring producers and consumers face-to-face so they build relationships and increase their access to local food.

“We can grow it,” Morris said. “It’s generally going to be more profitable than what we’re doing now. ... The markets are what we need.”