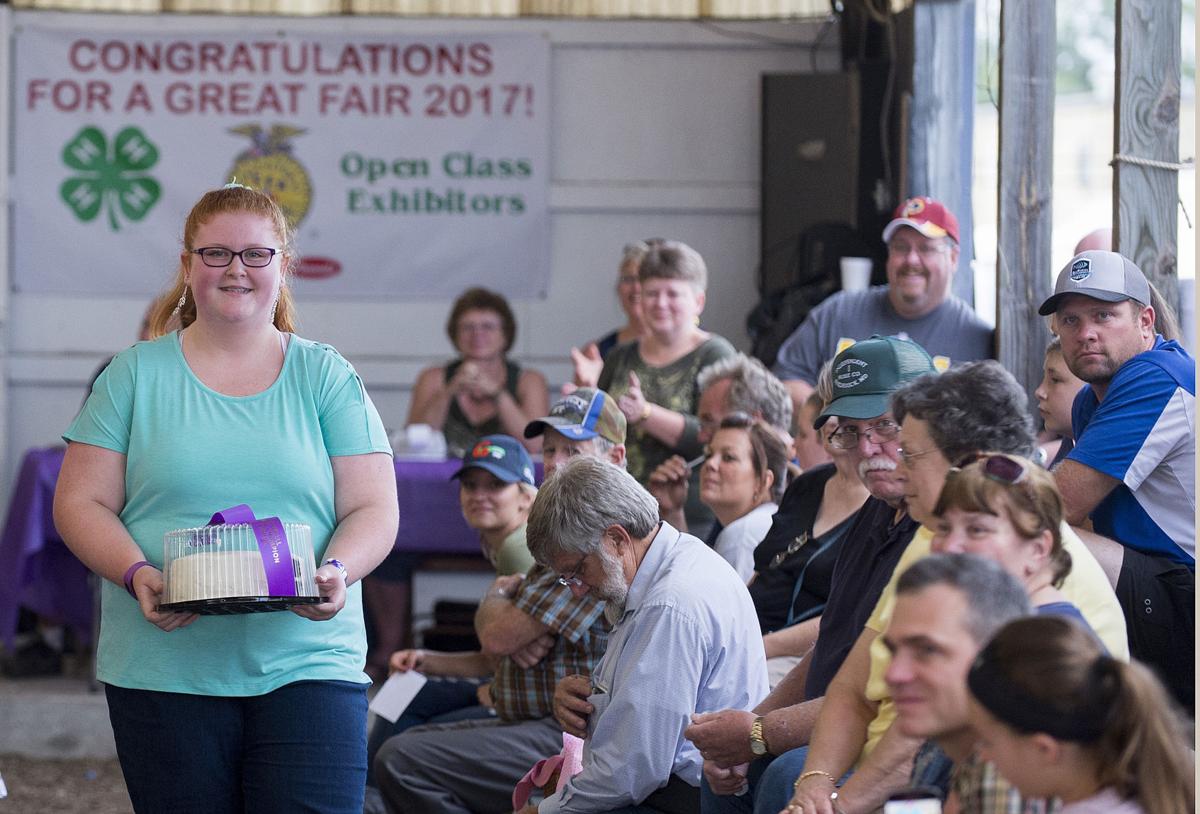 Leah Carey, 13, parades her Grand Champion Cake past potential buyers at the 2017 Frederick County 4-H cake auction Sunday night at The Great Frederick Fair. The cake sold for $5,700 and was purchased by Faye and Whitney Wastler and their family. 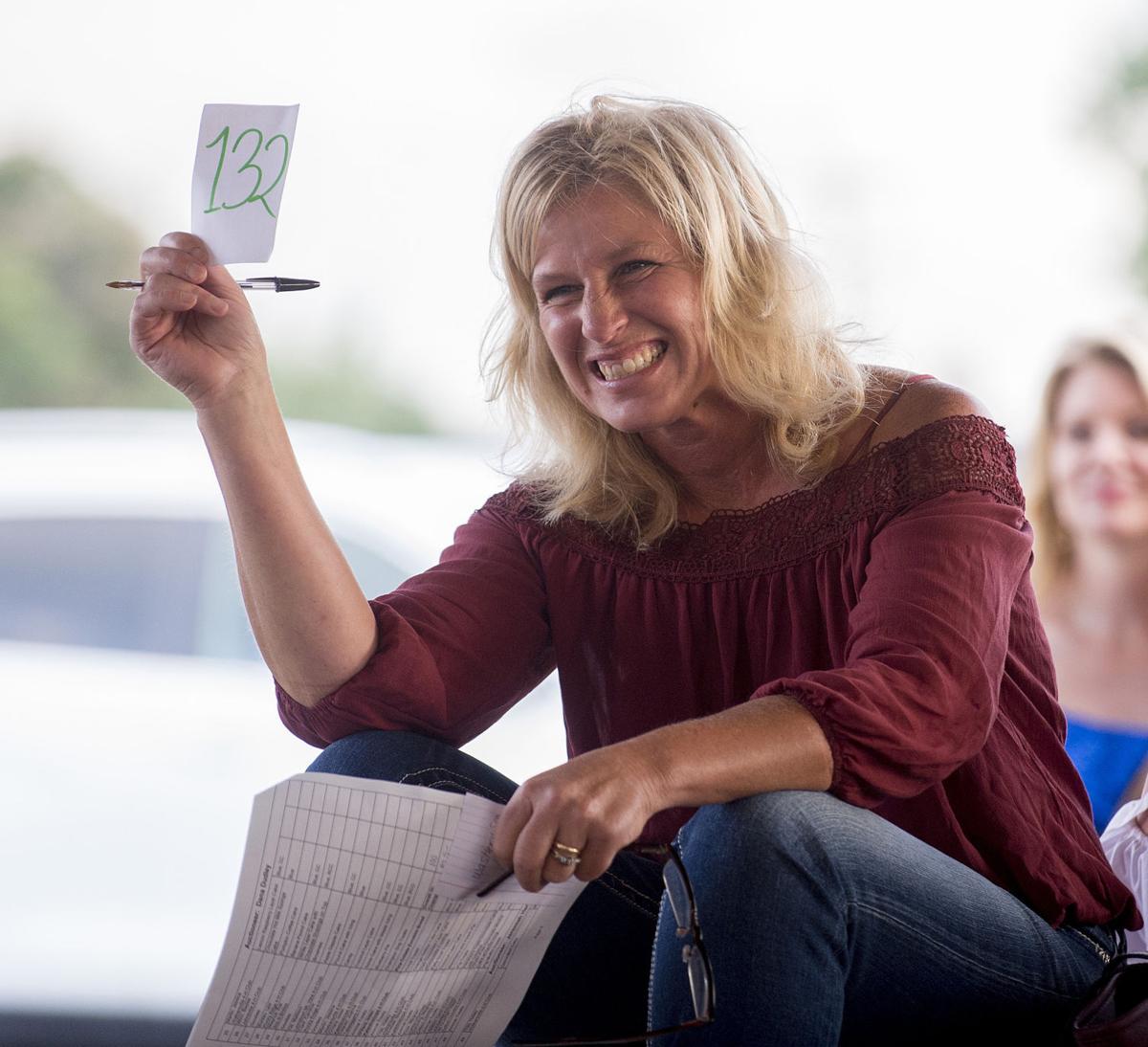 Leah Carey, 13, parades her Grand Champion Cake past potential buyers at the 2017 Frederick County 4-H cake auction Sunday night at The Great Frederick Fair. The cake sold for $5,700 and was purchased by Faye and Whitney Wastler and their family.

The Wastler family of Middletown bought the overall Grand Champion Cake at The Great Frederick Fair on Sunday with all the money going toward programming for Frederick County 4-H.

The top cake — a chocolate layer cake with white icing — sold for $5,700 and was the second of its kind to be purchased by the Wastler family. Last year, they purchased the same cake from the same baker, Leah Carey, when it won Reserve Grand Champion Cake.

“It’s the best cake,” said Faye Wastler, holding the two-layer cake in her arms after the auction.

Leah, 13, has entered a cake at The Great Frederick Fair for the last six years, and in 2016 her cake sold for $1,500. Her goal, after learning she had won the Grand Champion title, was to sell it for more than last year’s winner, which was in the realm of $3,000, she said.

The cake auction is the sole annual fundraiser for the Frederick County 4-H program, said Donielle Axline, the University of Maryland Extension 4-H educator. On Sunday, the program auctioned off 192 items and families dug deep into their pockets for the confectionery treats.

4-H has collected between $35,000 and $40,000 annually over the last six years through the auction. Every cent goes back to 4-H and its programming, she said.

“The cake auction has allowed us to expand programs three-fold,” Axline said.

The rest of 4-H programs are financed through program-specific grants. Over the last two decades, the extension has received a $6,000 grant each year from the Maryland Grain Producers organization to educate fourth-graders on whole grains.

While the grant has been a stable source of funding, it is not guaranteed, she said. 4-H uses the money raised at the cake auction to assess the needs of families and explore new programs that could be brought to local families.

“If I’m going to give money to an organization, it’s going to be that one,” Wastler said, whose two children showed steers through 4-H for more than a decade each.

The overall Grand Champion Bread — a piña colada zucchini bread made by Isaac O’Hara — sold for $375, and a coconut layer cake made by Meghan Cole sold for $450.

TriState Home Services LLC bought an antique star — seperate from the 4-H auction — for $2,400 to provide money to the Kaisy Knott Medical Fund, which will help the Knott family of Mount Airy pay medical bills for their youngest daughter, who is battling a rare childhood brain cancer and participates in 4-H.

The special auction was organized by the Rocky Ridge 4-H Club.

Already looking ahead to next year’s cake auction, Leah said she plans to try to defend her title.

“Grand champion was her goal, but she’s going to try again,” said her mom, Karen Carey.

It may be uncomfortable to be a “Tom” at the fair this year, but it’s nothing to get one’s feathers ruffled over.