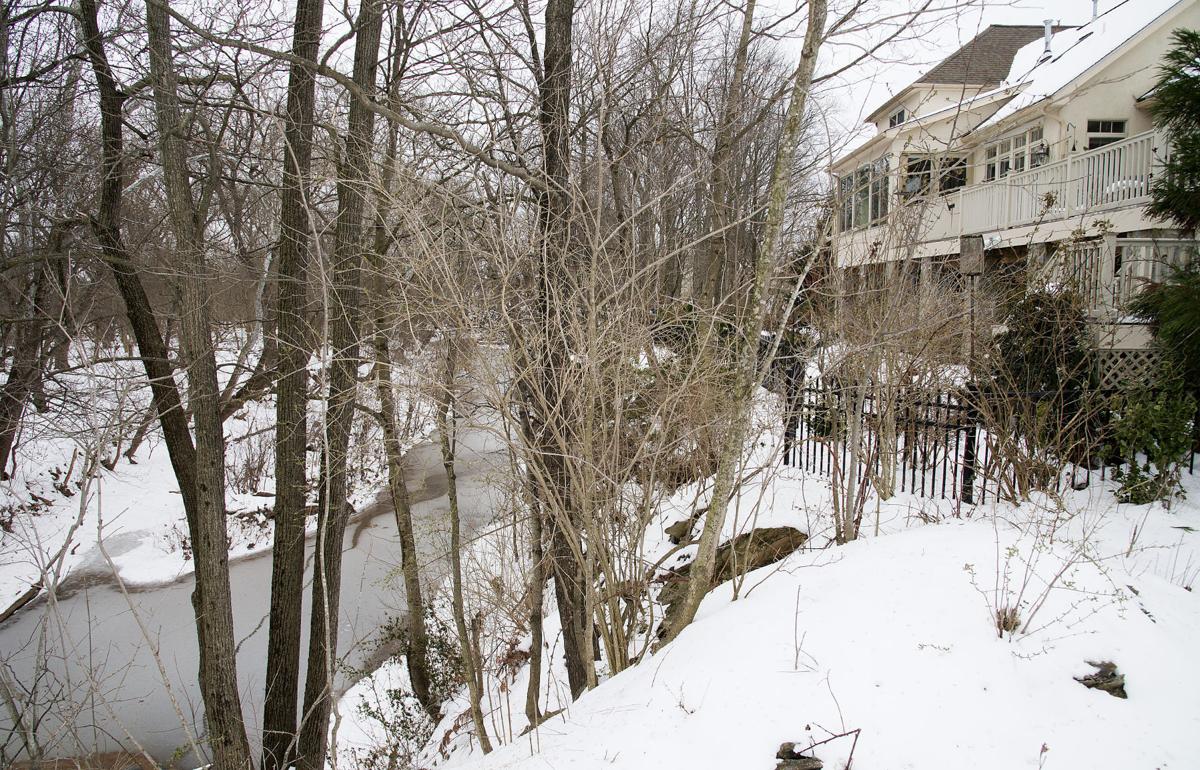 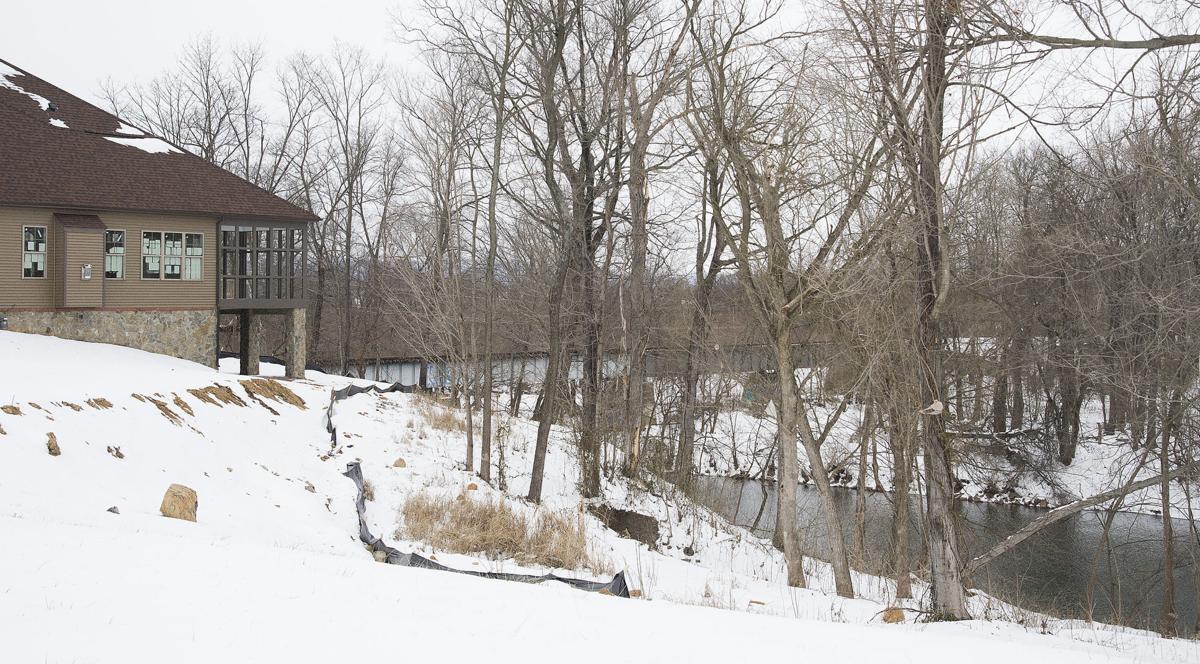 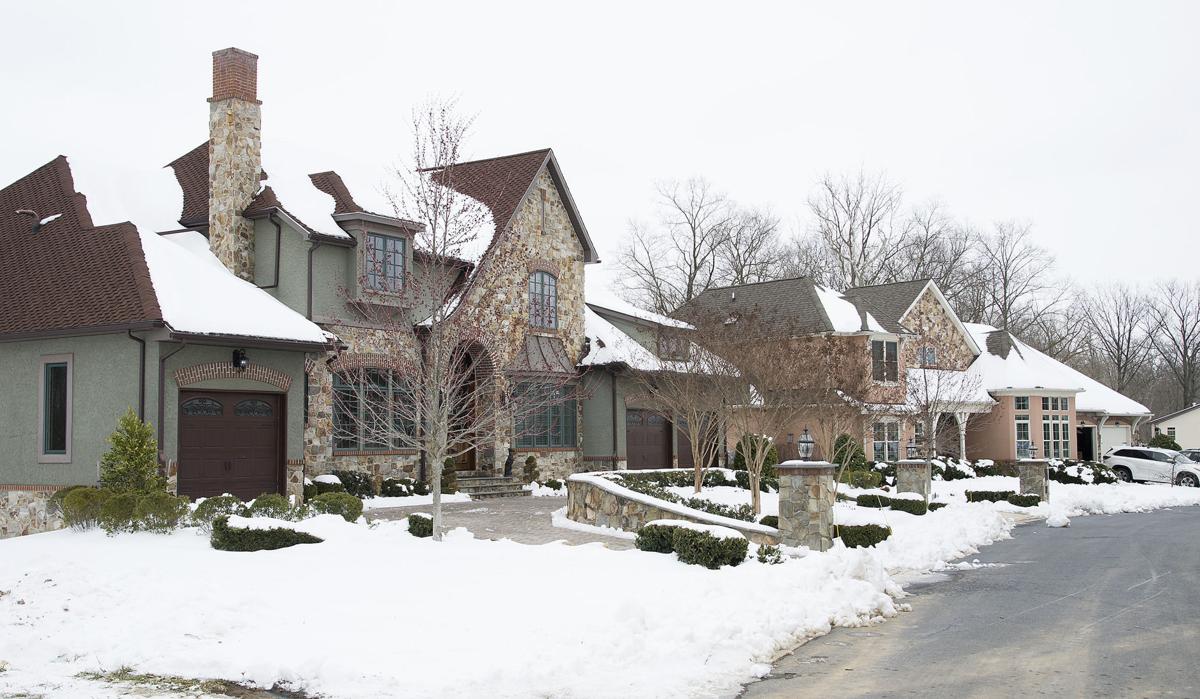 Homes seen Wednesday on Monocacy Ford Road in Frederick that back up to the Monocacy River.

Homes seen Wednesday on Monocacy Ford Road in Frederick that back up to the Monocacy River.

Residents along the Monocacy River are questioning if the views of their homes and farms could be regulated in a protection plan.

Frederick County does not have regulations or ordinances that require a viewshed analysis for development, said Tim Goodfellow, in the county Department of Planning. Goodfellow is the Frederick County staff liaison to the Monocacy Scenic River Citizens Advisory Board, which is drafting a river management plan.

The proposed viewshed protection plan is a recommendation in the draft river management plan.

“This particular recommendation, if implemented by the County, could be triggered by development proposals on land within the River corridor or that has historic resources,” Goodfellow wrote in an email on Thursday.

The Wormans Mill community has 30 to 35 single-family town houses, villas and houses that back up to the Monocacy River, said Terry Mayhew, president of the Wormans Mill Conservancy Board of Trustees.

Bob Cannon, a riverfront homeowner in Wormans Mill, took the draft plan to the attention to the board of trustees, which he also serves.

He was initially concerned about a proposed Monocacy River Resource Protection Area. The area, which was voted out of the plan in February, would have created a setback of 300 to 500 feet from the river and farther where the Federal Emergency Management Agency flood plain extended beyond that range.

The Wormans Mill homes near the river cost an estimated $600,000 to more than $1 million, Cannon said. He purchased his home because of the river view.

The draft plan currently recommends a viewshed and vista analysis to consider a viewshed protection plan. The viewshed plan was recommended because of the Monocacy River’s designation as a scenic river, Goodfellow said.

The river board acted to protect the viewshed of the river by writing the county Board of Zoning Appeals in January 2016, opposing a large solar array proposed for near the Monocacy River and the 19th-century LeGore Bridge.

Maintaining the historical context of a property or structure should be considered when planning the development of an area, said Gary D. Baker, a registered architect with a specialty in historic preservation. Baker serves on the Frederick County Historic Preservation Commission.

“If we lose it, it’s gone forever,” Baker said.

A viewshed plan wouldn’t affect existing development, because once the historic landscape is altered, it is lost, he said. However, considering views when the county prepares zoning would help preserve the area’s history.

The commission has not been asked to help develop a viewshed plan, Baker said.

When paddling down the river and looking back at Wormans Mill, there is an approximately 10-foot cliff and the homes are visible, Mayhew said. Kayaks and canoes can navigate the waters along Wormans Mill.

There is a sparse treeline beyond the houses facing the river, and there is not much room to increase the amount of screening, she said.

“If our residents are going to be required to put a screen in — more screening or landscaping — that’s an issue,” Mayhew said.

Baker said viewsheds are comprehensive and cannot be based on one point of view. The view from a farmhouse second-floor window, porch and field are all going to be different, he said, and should be part of the viewshed.

“What’s making Frederick great is the history of it and the beautiful agricultural scenes,” Baker said.

He said Frederick County is losing its agricultural history each day to development; preserving farms can be part of protecting views.

Chairman George Grillon said after the March 1 meeting that the viewshed section of the plan was meant to prevent industrial construction along the river and potentially some commercial projects.

“It’s not unique to one type of zone or one type of development,” Goodfellow said Thursday.

The draft river management plan’s recommendation is broad and would have to be refined by the group that was going to act on it, Goodfellow said at the March 1 meeting.

The Wormans Mill board plans to continue attending the monthly river board meetings, read the next draft plan and voice any concerns, Mayhew said.

It is a very bad idea for The River Plan to make recommendations for governmental policies that are ambiguous, broad, and undefined like the “Viewshed Plan” recommendation. If the River Plan is adopted by the local govt's with such open-ended recommendations (and there are many that exist in the River Plan) – then it will allow the govt broad interpretation to impose additional restrictions which could negatively affect land use & property rights, causing undue harm.

Making broad recommendations and then claiming details come later (after things are passed), is a flawed process that will result in problematic outcomes. This flawed process is what Mr. Goodfellow of Frederick County Planning Office is recommending occur.

Good decisions can not be made without good information. Which is why it is The River Board's job to submit a River Plan with policy recommendations that make sense; that are necessary; and that are well defined in scope and detail. The River Plan needs to be rid of all the ambiguity that is woven throughout it.

Those recommendations in The River Plan that lack detail such as the “Viewshed Plan” (which by the way, has ZERO details on what it entails) need to be removed from the River Plan. They can be addressed later when details are provided.

More government over reach? To propose regulation now to existing homes is late. I believe these properties were built on property considered on the 100 year flood plain. I remember when they were building on this property at the time questioning whether buyers realized this as effects of flooding from hurricane Agnes covered this property questioning why did the county allow construction of homes on it. Now they are concerned about senic views of the Monacacy river suggesting property owners build natural barriers? Suggest this should have been done before the county allowed construction of the $500-$1,000,000 homes along the river.