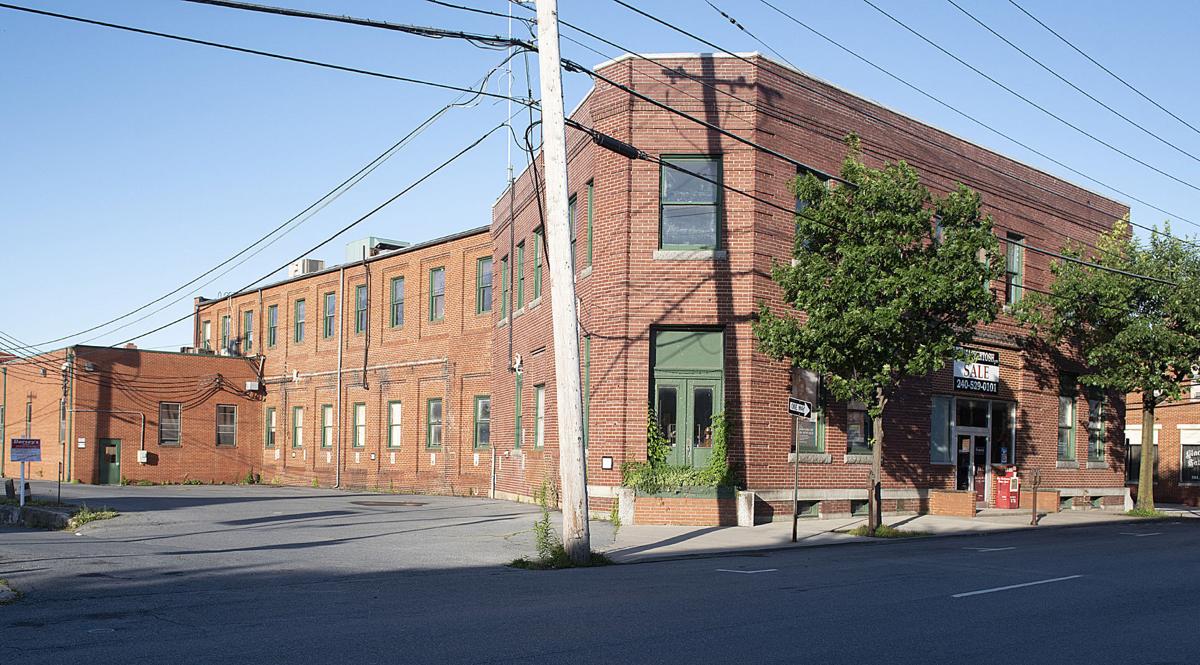 The former site of the Frederick News-Post on East Patrick Street in downtown Frederick is the site of the proposed hotel and conference center. 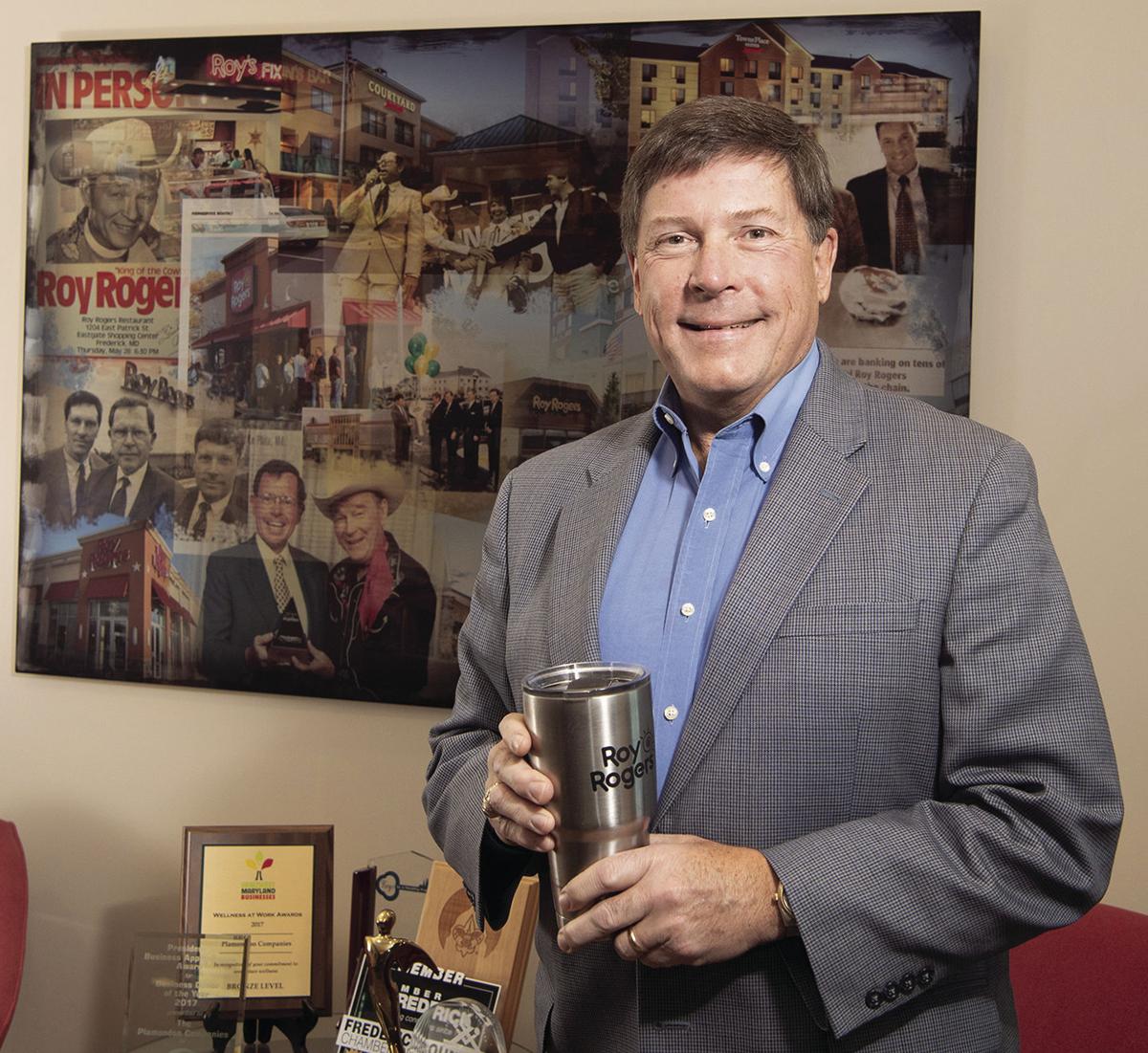 As a second-generation owner of the Plamondon Hospitality Partners, Peter Plamondon Jr.'s love of the hospitality industry was inspired by his father, Pete Plamondon Sr. 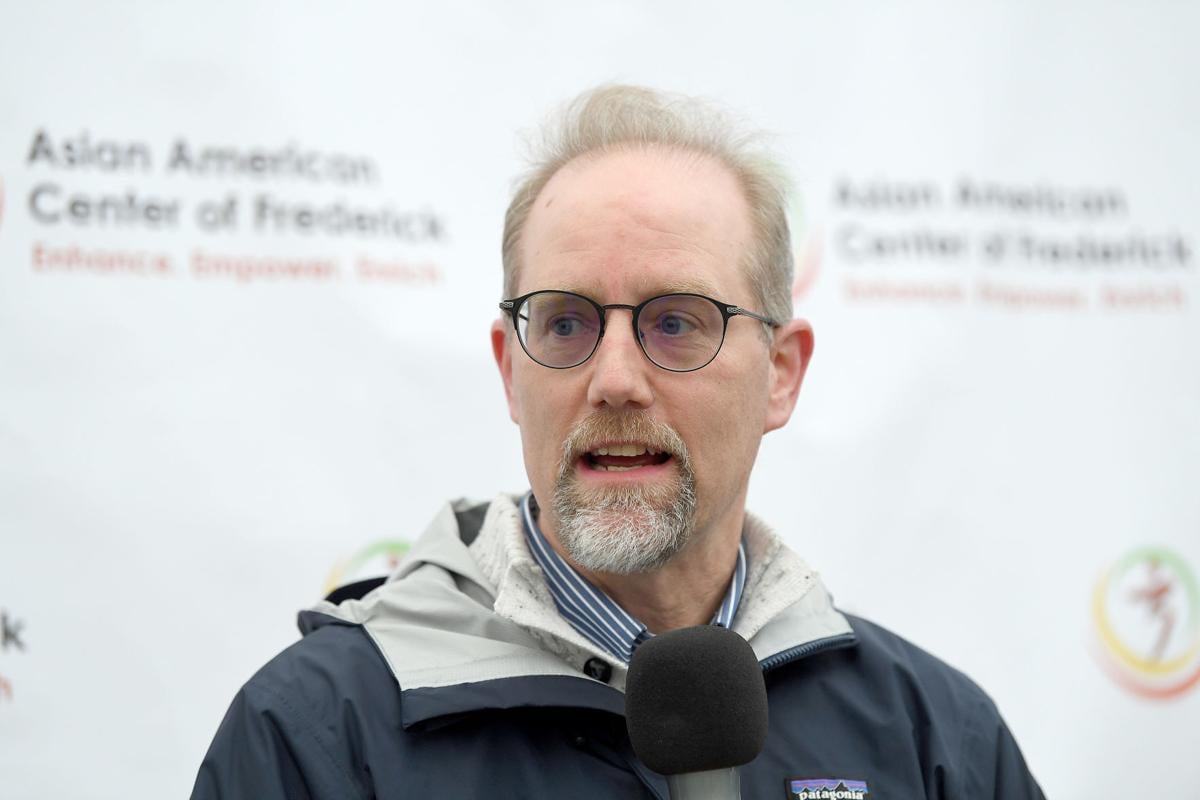 The former site of the Frederick News-Post on East Patrick Street in downtown Frederick is the site of the proposed hotel and conference center.

As a second-generation owner of the Plamondon Hospitality Partners, Peter Plamondon Jr.'s love of the hospitality industry was inspired by his father, Pete Plamondon Sr.

As the global pandemic continues to take a toll on the hospitality industry, the Frederick aldermen will have to decide whether to extend an agreement with the developer of a hotel and conference center slated for downtown Frederick.

The city and Plamondon Hospitality Partners are looking to extend their amended agreement for the project as they wait to see what the full impact of the COVID-19 pandemic will be on the hotel and hospitality industry.

This would be the fourth time the agreement for the property at 200-212 E. Patrick St. has been extended.

A previous extension will expire June 30. Another extension would cover the project through December 31, 2023.

A public hearing on the proposal is scheduled for June 3, city director of economic development Richard Griffin told the mayor and aldermen at a workshop Wednesday.

The city has strongly backed the project as an economic anchor for downtown, but the pandemic has caused unavoidable delays in the project timeline, Griffin said.

While the market for hospitality services recovers, Plamondon Hospitality Partners will have to keep the development site along Carroll Creek intact, advance a market analysis of the post-COVID market demand, look at and obtain financing, complete the design, seek entitlements and be ready to construct the project, according to a report prepared by city staff.

If the agreement is extended, the city would pay Plamondon Hospitality Partners $150,000 from the City Parking Enterprise Fund to cover part of the design changes and other costs.

The project was always going to take a long time, and now it will take longer, said Pete Plamondon, co-president of Plamondon Hospitality Partners.

While they are seeing signs of a return for the hospitality industry, most driven by leisure travel, the market for meetings will likely be the last to rebound, he said.

By the time they can arrange loans and equity for the project, “I believe the timing will be very good,” Plamondon said.

Mayor Michael O'Connor said he believes that if they go past June 30 without an agreement, the project could be significantly, and possibly irreparably, jeopardized.

When the agreement was extended last June, Alderman Derek Shackelford said he was hesitant for the city to put up money that it might not get back if something happens with the project, given the current state of the market and the hospitality business.

Shackelford said Wednesday, “I'm still in the same place I was last year” about his hesitations.

Correction: An earlier version of this article incorrectly stated how many times the agreement has been extended.

The location is terrible for a large hotel. The Frederick Brick Works site is much more conducive to a Hotel/convention Center Development. Let someone else develop the H&F Building into a combination of shops and a place for the Hagerstown and Frederick Railway Historical Society to house their collection of artifacts and history. As long as this drags out, the city will not see any revenue.

So once again our elected officials are considering yet another extension of a project that the overwhelming % of citizens do not want and we have to pay $150,000 for modifications to be made by a multi million family...just how sick is this and do the officials ever get tired of wasting taxpayer money??? I guess the answer is NO as we are now facing an 8% real estate tax increase on top of one of the most difficult times in Frederick and the country's history...just one more disgrace !

Recall that before all these extensions of the period for negotiation in the first MOU of Dec 2015 the project was promised by City and Plamondon officials to open to guests in January 2019. How would that have worked out for the downtown hotel and the City? The first year, 2019, could have been OK for business. Nothing great, but an OK year. But years 2, 2020 and year 3, 2021 of the downtown hotel would have been a financial disaster.

We should be thankful that State officials refused to be drawn into putting up state taxpayer matches to City and County funds. Kudos to Gov Hogan and other hotel skeptics in Annapolis. Without their quiet Noes to the Frederick Folly Hotel we might now have no tax-increments to support tax increment borrowing. No cars parking in a white elephant of an expensive new parking deck. Plamondon would be struggling to pay City 'rent' let alone taxes. Plus the inability of the public-private 'hotel team' to get its act together over the past five and a half years turned out to be a lucky save for the citizens of this City. We avoided unsupportable debt, budgetary shortfalls, damage to credit ratings and a likely bankruptcy. We dodged a bunkerbuster of a financial bomb.

In a modest community with humble resources, who on earth thinks it’s a good idea to give taxpayer money to millionaires to further their own for profit real estate development scheme? It’s an example of the worst aspects of crony capitalism & I don’t like it. Long term, this thing is going to create a handful of minimum wage jobs, if it even proves to be viable, which I doubt.

Very well said and these folks who are pushing this project are shameful...working people picking up the tab for millionaires ...real sick

If there is such a profit to be made from the hotel, then why haven't the ones that wanted the hotel in the first place already built it??????????????

Drive a stake through the heart of this thing already. There is much better use of tax money. If they want it, build it completely with private funding.

"If the agreement is extended, the city would pay Plamondon Hospitality Partners $150,000 from the City Parking Enterprise Fund to cover part of the design changes and other costs."

Why should tax payers spend a penny on this? It is time to stop subsidizing a few businesses with tax dollars. Hotels are not where the big boys are investing their $$$. A better investment would be to build affordable condos geared towards millennials (or Gen X or Z). I seriously doubt any public financing would be needed for a downtown condo project. You'd also have the benefit of year round residents spending money in Frederick and not just visitors or business conferences.

I have yet to see a reasonable projection of the rate of return to tax payers for this project.

Gary, what about donations to political campaigns to push for the hotel? Let financial rate of returns decide not politics.

Right on MD!! This is a waste of tax payer money and only enriches Plamondon. Their hotels surround the city with a new one right on Monocacy Blvd. C'mon Man! Let's get real here. The visitors to our city, which gas grown significantly over the last 20 years, already know they have easy access to the city from any hotel we have....

I like the condo idea but it’s *so* unlikely anyone can find their way back to the drawing board on this one. I’ve been reading that adults who grew up in developments want in-town walkable lifestyles and spend their money on “experiences” available there. When they are ready for kids they reconsider the house/yard responsibility. We have that too! Win/win. It’s just better to have something desirable to sell to move up rather than paying off a landlord’s mortgage, but so often apartments offer the preferred lifestyle.

With a very vocal (and some paid) opposition, this project needs to be put to a vote to see if Frederick really wants to serve its visitors or not. Otherwise we will see a storm of words to oppose it with little reason for support. Let the voters decide. Not those who fear bed bug invasions.

there was paid opposition? where? when? why wasn't I offered money?

Paid lobbyist in Annapolis and who knows in Frederick?

And how much did the Plamondons and their Plamondon Hospitality Partners or other entities pay to politicians to try to bribe their way forward with the project.

How cute is that trolley building.

Yeah, that is a nice building in a great location. I'm new here and don't know all the background, but it is surprising someone hasn't bought it and built it out already.

Me too. These projects often need some help to get started. If they were sure profit makers, we would already have a good hotel downtown. And location does matter for people who get out of a late meal and wonder if they should stay over or not.

Yeahhh We go other places and eat. Or go to plays (or did) or both. I don’t know if we should enable people who just kind of bumble along wherever the wind takes them. They’re probably trainable.

Welcome. It’s planned to be incorporated into the hotel looming above and around it but it’s kind of a long story. It fits the space and has a story. Lots of air bnbs here that don’t compromise the ambience. All visitors have to do is give staying over a little aforethought.