Skip to main content
You are the owner of this article.
Edit Article Add New Article
You have permission to edit this article.
Edit
Home
News
Opinion
Sports
Topics
Calendar
Classifieds
Special features
Contests
Become a carrier
1 of 3 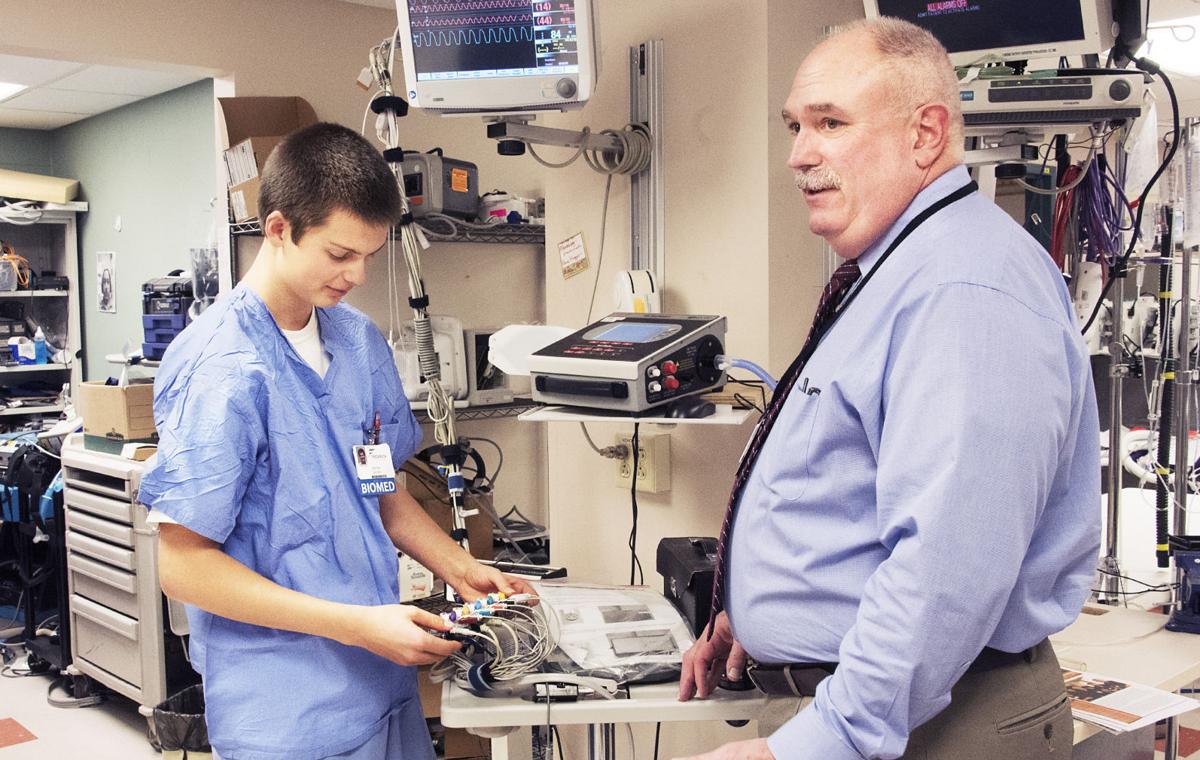 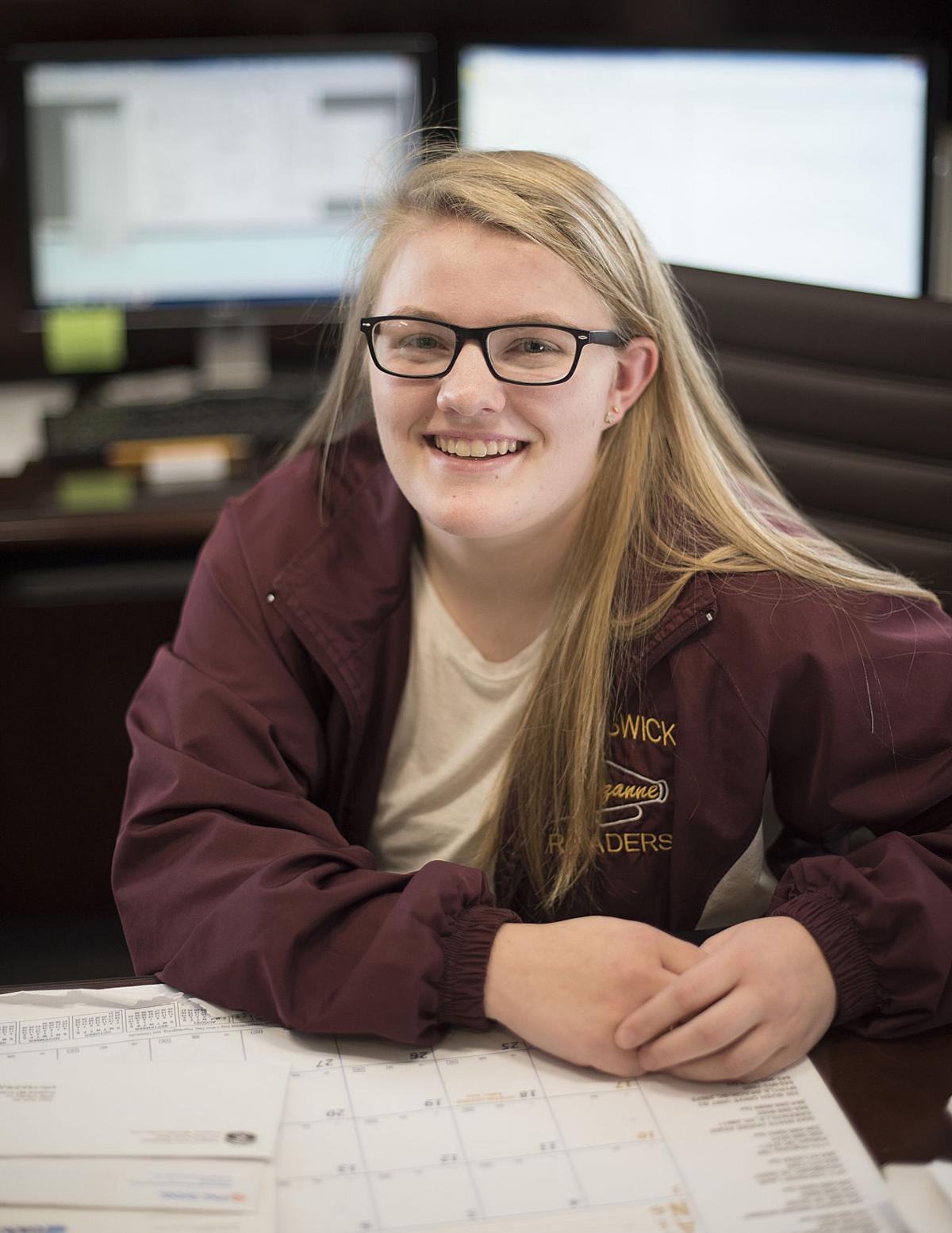 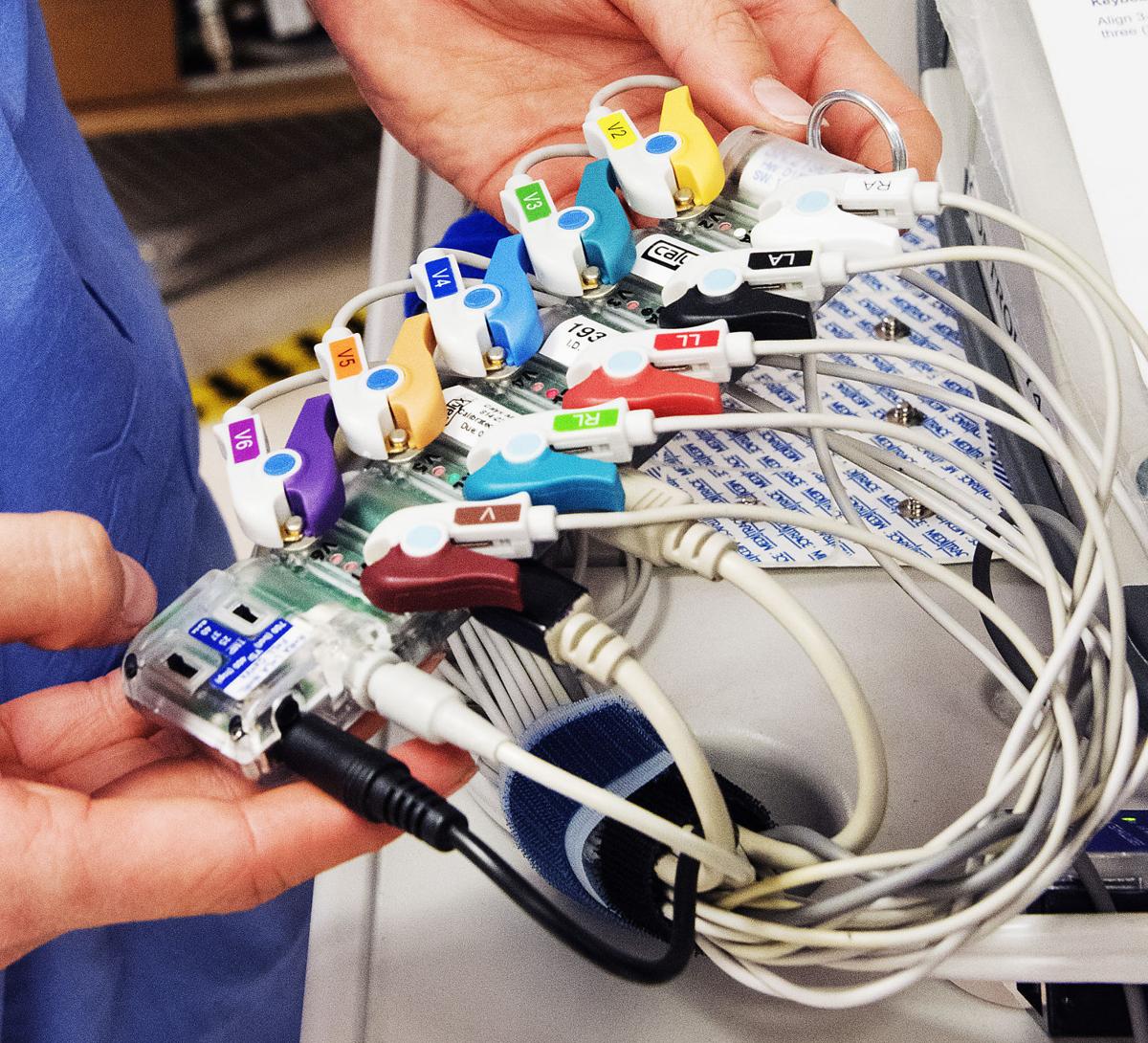 Brunswick High School senior Suzanne Harkins looked at a blueprint on the computer in front of her.

She pointed to a dotted line and a bold solid line, explaining which meant the air duct it represented was new and which meant it already exists.

“I’m going to insulate those,” she said, pointing at a bold line. “Once you see the blueprints, you never think, ‘Oh, this goes into this and that goes into that.’”

The 17-year-old was estimating on Thursday the cost of a project bid for Insul-Tech, which insulates commercial and industrial duct work. That was the second bid she had estimated that day and one of the 30 to 35 she’s already completed since starting the apprenticeship at the beginning of the school year.

Harkins is one of seven students in Frederick County who are participating in the Apprenticeship Maryland pilot program, which pairs high school juniors and seniors with businesses in fields where they are interested in getting hands-on experience. There are four businesses in the county participating: Insul-Tech, Frederick Memorial Hospital, Phoenix Mecano Inc. and Brunswick Woodworking.

The pilot program was established through legislation signed by Gov. Larry Hogan in the 2015 legislative session of the Maryland General Assembly and is a partnership among the Maryland Department of Labor, the Maryland State Department of Education and the Department of Commerce. The collaboration is part of the Augustine Commission’s report, which specifically identified the creation of apprenticeship opportunities as a way that Maryland could become more business friendly.

Registered apprenticeship programs have been limited to industries such as plumbing, electrical and construction, according to a news release from the Department of Labor. Now, apprenticeships are open in nontraditional apprentice professions such as cybersecurity, biotechnology and health care. This broader approach, with a focus on STEM (science, technology, engineering and mathematics), gives employers the opportunity to create a pipeline of talent in these in-demand fields.

The pilot program started in Frederick and Washington counties this school year.

“It teaches you how to manage your finances, how to be able to plan, how to schedule your time, the importance of developing skills, the importance of kind of moving into your adult world while still in an academic environment,” Department of Labor Secretary Kelly Schulz said.

Insul-Tech CEO Scott Grant said the program is a great opportunity for students to get real experience and gives them a leg up when applying for jobs later.

“[Suzanne’s] pretty much doing everything that a full-time employee does,” he said.

Grant said his family was in the industry, so he knew in high school that he wanted to work in the field. He took a shop class that helped him get some experience, but said he was never offered “anything like this.” With the experience, he said he would have opened his own business earlier.

“I’ve got 31 years of experience, and I started at the bottom, working in the trade in the industry and worked my way up in the company and decided to start my own business,” he said.

At Frederick Memorial Hospital, mentor Walt Scowden also said he wished there had been a program like the current one when he was in high school. Scowden, FMH’s manager of biomedical engineering, said the industry has grown tremendously since he first started in 1983. The department is responsible for over 7,500 pieces of equipment.

“If I were him, I would be ecstatic getting to the stuff he’s getting to do when I was a high school student,” he said of his apprentice.

Linganore High School senior Justin Elliott said the apprenticeship has not only given him experience, but has helped cement his interest in biomedical engineering, in which he had some interest and knowledge before starting in September. He has since worked with equipment that removes brain tumors, a PAPR (powered air purifying respirator), and a special tool for testing airborne pathogens, and has performed electrical safety tests on chair exit alarms.

On Friday morning, he was adding warning labels to LifePak defibrillators.

“I think I would like to work in a hospital,” Elliott said. “It’s good to know what you’re getting into before going to college.”

He said he’s looking at the University of Maryland and he hopes that by the end of the internship, he knows whether he definitely wants to go into bio-medical engineering, so he doesn’t waste time and money at a college before realizing the work is unsuited for him. He said he has friends who are interested in the same field.

“They’re a little jealous about it,” Elliott said of the internship.

“It’s a really different environment in a hospital. Unless you spend a lot of time in it, you don’t know,” he said, wearing his blue scrubs and an FMH ID tag with a separate identifier reading “BIOMED.”

Robin Visser, manager of Pre-Access Services for Trivergent Health Alliance, a management services organization for FMH, said one thing that is important in the health field is knowing the importance of patient confidentiality. Visser mentors Jacob Frizzell, a student in the Apprenticeship Maryland program.

An additional helpful experience the program provides students is the interview process for the position, she said. Candidates had to put together an application and were chosen based on their qualifications.

“It’s also giving them an opportunity to learn a different type of teamwork,” she said. While the apprentices may know a lot from sports and activities at school, she said, the work experience adds to that set of skills.

“I can see that he’s bringing some of those skills to the workplace. He understands that he’s a piece of the puzzle.”

Visser said staff members have given the apprentice work in steps to help him learn, as they would for any new worker.

Harkins had previous experience though at the Frederick County Career and Technology Center, where she studied architecture and was comfortable looking at blueprints. She had an interest in doing construction project management, and her teacher at CTC said she should look into project management in general before zeroing in on one field.

Through working at Insul-Tech, she has learned things she never thought of before and knows what’s inside the ceilings, as she put it.

“I never thought I would be on this level,” she said. “My end goal is to decide a career I want to go in and what path I want to take.”

Harkins had started the school year doing a work study at Roy Rogers, but when this opportunity came up, she decided to take it.

Harkins said her interest in project management is related to her love of math, which she gets to use in the job.

“It’s something I can acknowledge and have fun with it,” she said. “This is one of the funnest work settings I’ve been in.”