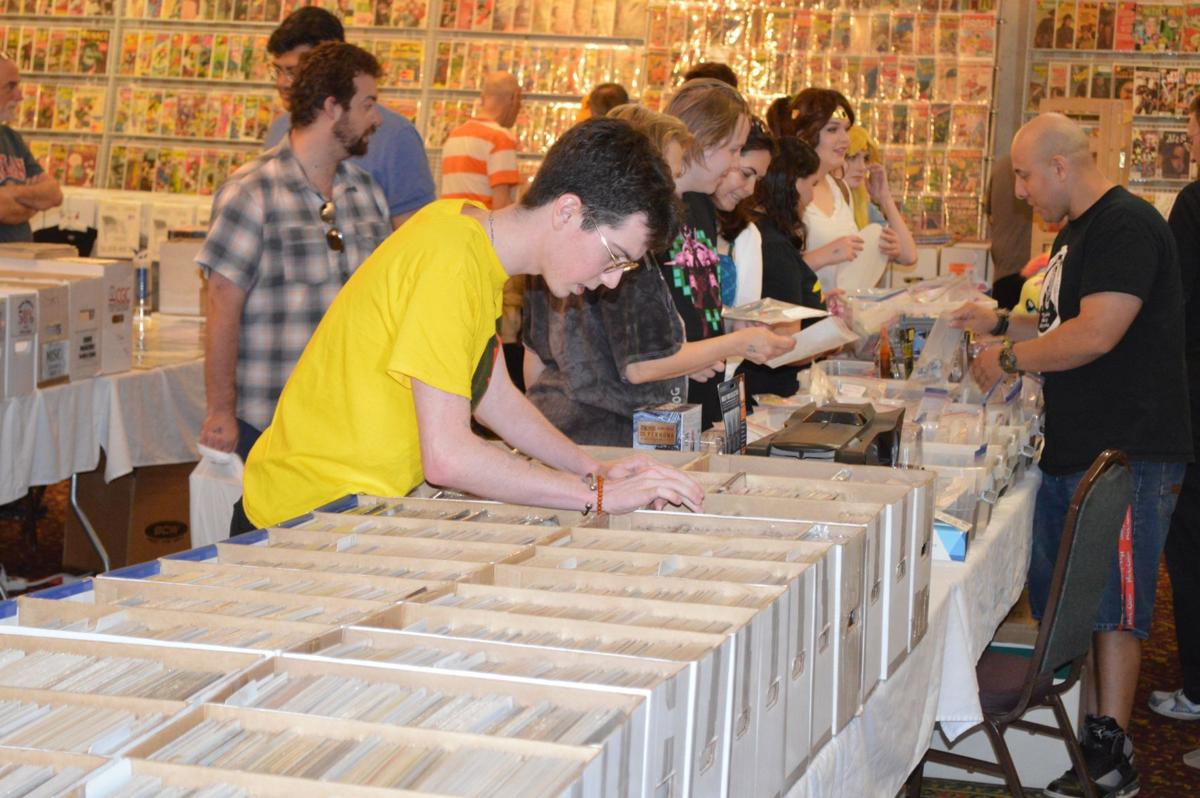 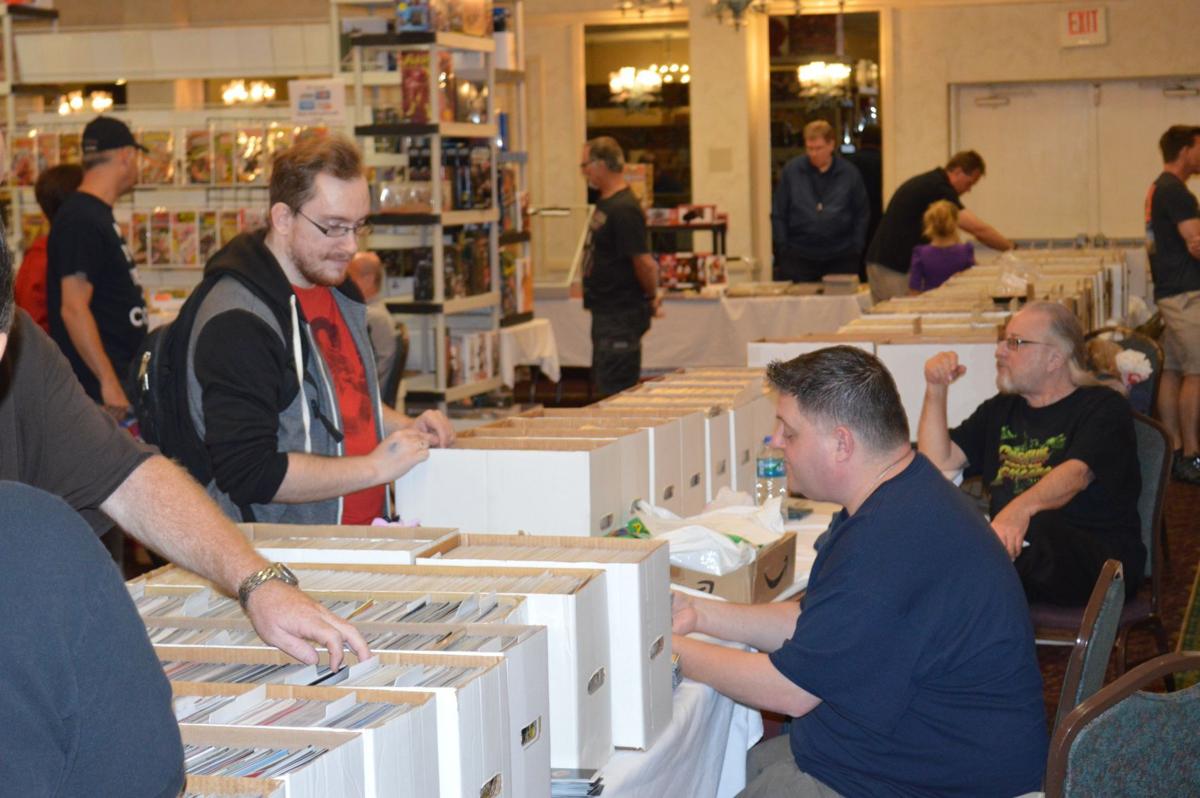 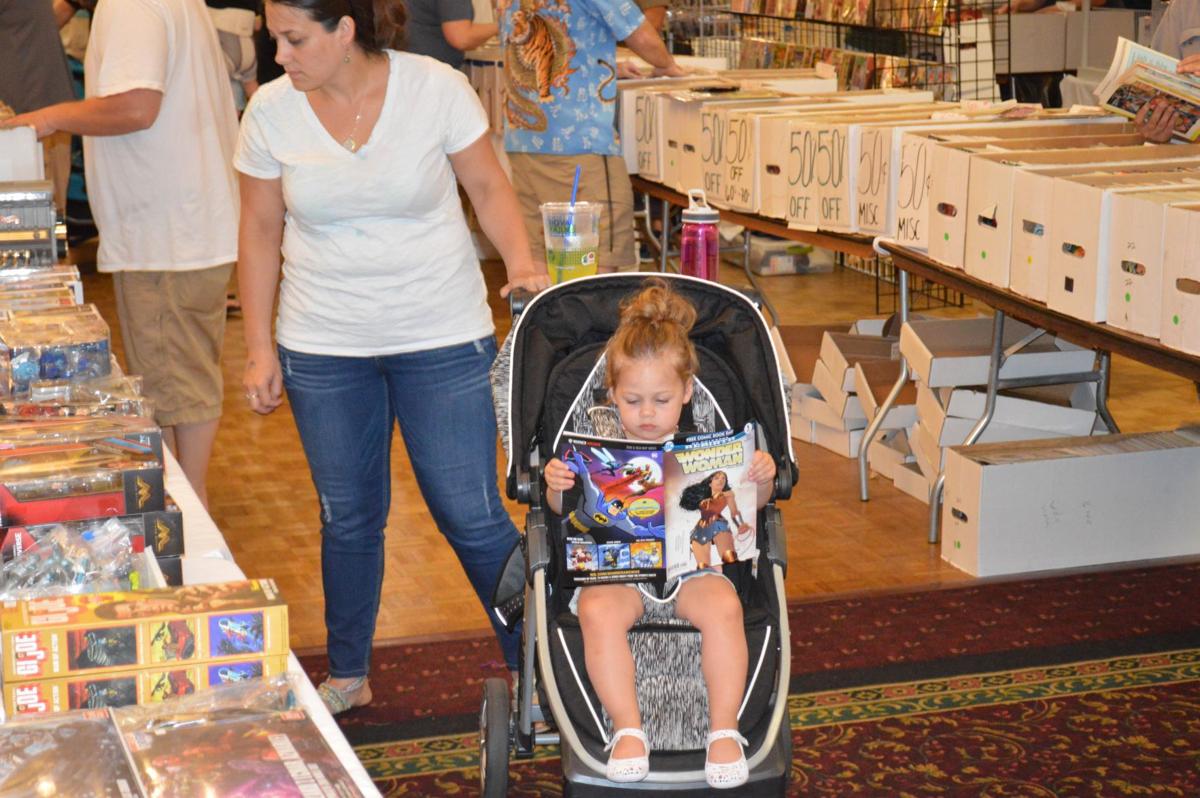 Superman, Batman and Green Lantern made a stop in Frederick on Sunday, along with everyone’s favorite new (well, not really) superheroine, Wonder Woman.

They and many of their courageous counterparts were there, in the pages of the comic books and on the memorabilia tables at the Frederick Comic Con.

On the same weekend that the movie “Wonder Woman” and its story of Diana, Princess of the Amazons, grossed more than $100 million domestically in its debut, according to the Hollywood Reporter, hundreds of comics fans gathered at the Frederick Clarion Inn to celebrate their love of caped crimefighters and the villains whose plans they must foil.

Movies like “Wonder Woman” are one of the key factors behind the continued popularity of comic books, said Jim Montgomery, one of the dealers at the show.

In recent years, comic book characters such as Spiderman, The Avengers and Guardians of the Galaxy have launched tremendously profitable film franchises.

“The movies right now are the driving force,” Montgomery said.

And there are benefits to the new customers that movies draw in, Montgomery said.

Young kids often come into a shop or comic book show looking for whatever is hot at the moment, and often find something new that they like.

But there are other things driving the industry besides the latest film, Montgomery said.

Many comic book fans inherited their fathers’ collections, which then got them into collecting themselves, Montgomery said.

Other adults come looking for memories of their favorite superhero growing up.

Derek Woywood, another dealer at Sunday’s show, agreed with Montgomery that movies do a lot to drive the popularity of comic books.

But the reason Spiderman movies are popular is because he has been around for 50 years and there is already a lot of merchandise out on the market, Woywood said.

Some new customers come in looking for characters from films and are surprised to find that those characters are involved in dozens or even hundreds of storylines that have nothing to do with the movies, he said.

Superhero movies offer one writer’s take on a specific character, but that’s not the only take, Woywood said.

Despite the hype surrounding the release of “Wonder Woman,” there are not many Wonder Woman products available for collectors, said Gene Carpenter.

Carpenter has been buying and selling comics and memorabilia for 47 years, and said Wonder Woman books and collectibles tend to stay in private collections once they are bought.

Many of them were bought by women, because for a long time Wonder Woman was “the only game in town” when it came to superheroines, Carpenter said.

This Comic Con is the third show in Frederick, with another one coming up in November, said Nick Shoff, the organizer of the event.

He expected the show to draw about 350 people on Sunday.

Sean Gallager, of Monrovia, flipped through the boxes of comics set up on tables in the room where the event was held.

Gallager was looking for copies of “Superman: Red Son,” a DC Comics product that imagines what would have happened if Superman’s rocket ship had landed in the Soviet Union rather than in Kansas.

Gallager said he likes other superheroes, such as The Flash and Thor.

But there’s something about Superman.

Several dealers said they think comic books’ tactile quality have helped them survive with young readers in a digital age.

“It’s something tangible you can hold in your hand,” Woywood said.

Comic books offer the suspense of turning the page rather than just pushing a button, he said.

Carpenter agreed that having an actual product is part of the appeal.

“Little boys like to hold things in their hand and keep it close to them,” he said.

Joker browsing comic books, Deadpool taking pictures in the lobby, and a girl in a pink dress with the power of telekinesis standing outside —…