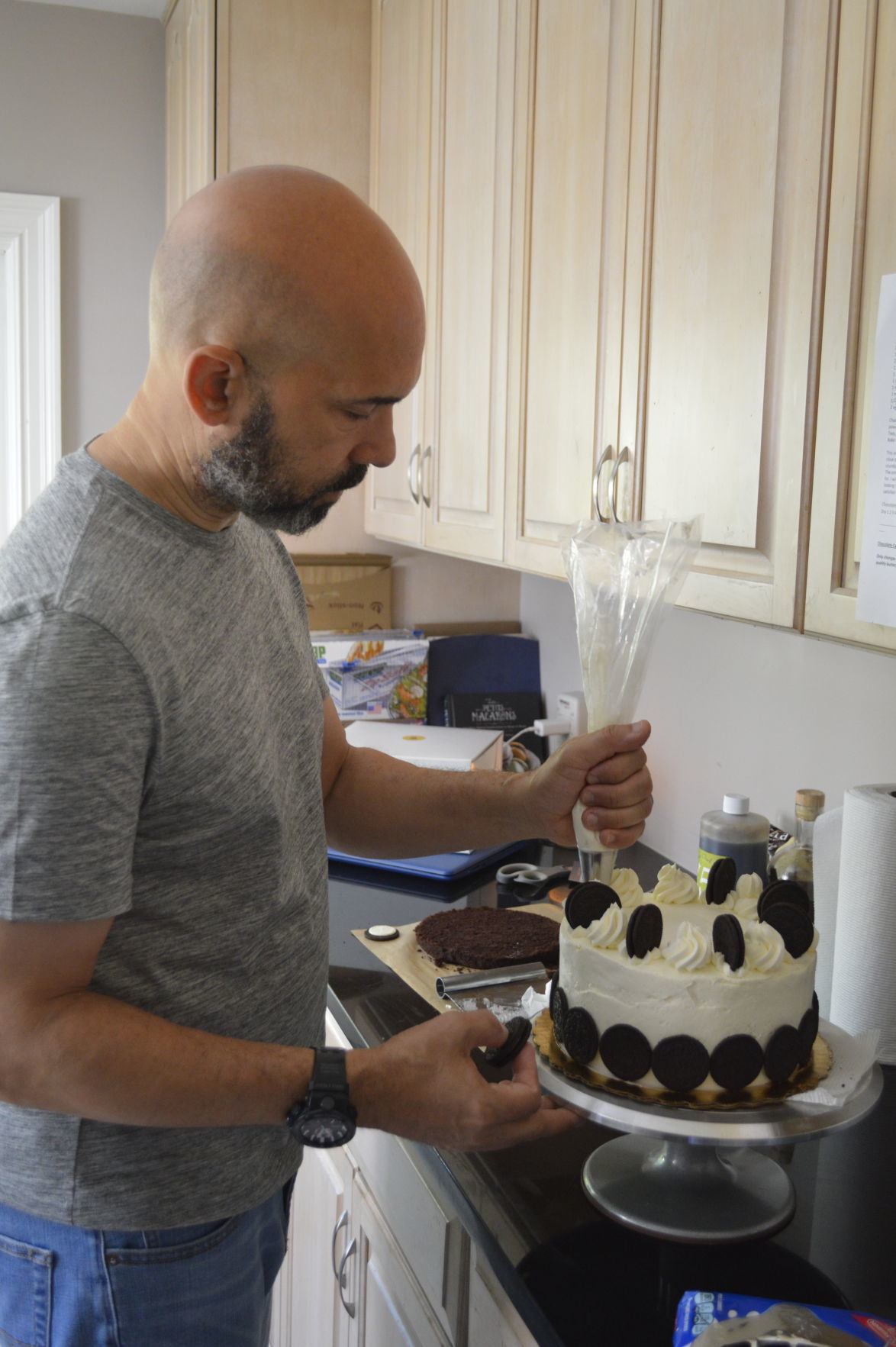 Ijamsville resident, Craig Bryan, decorates a cake in his home. Bryan registered for School of Food in hopes to open a dessert lounge in downtown Frederick. 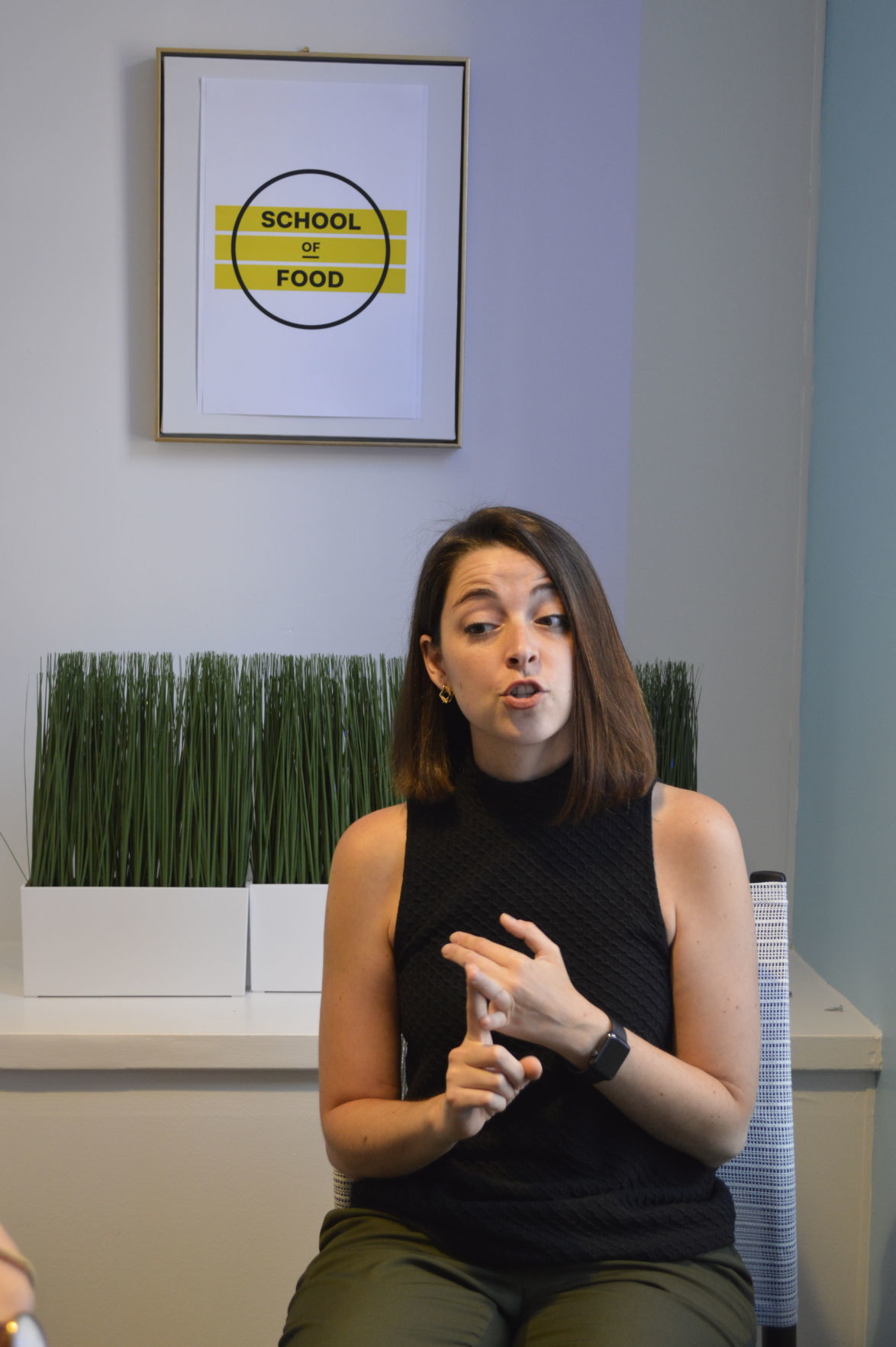 Kim Bryden, School of Food program curator, announces the program's launch in Frederick at the ROOT Building in downtown Frederick. 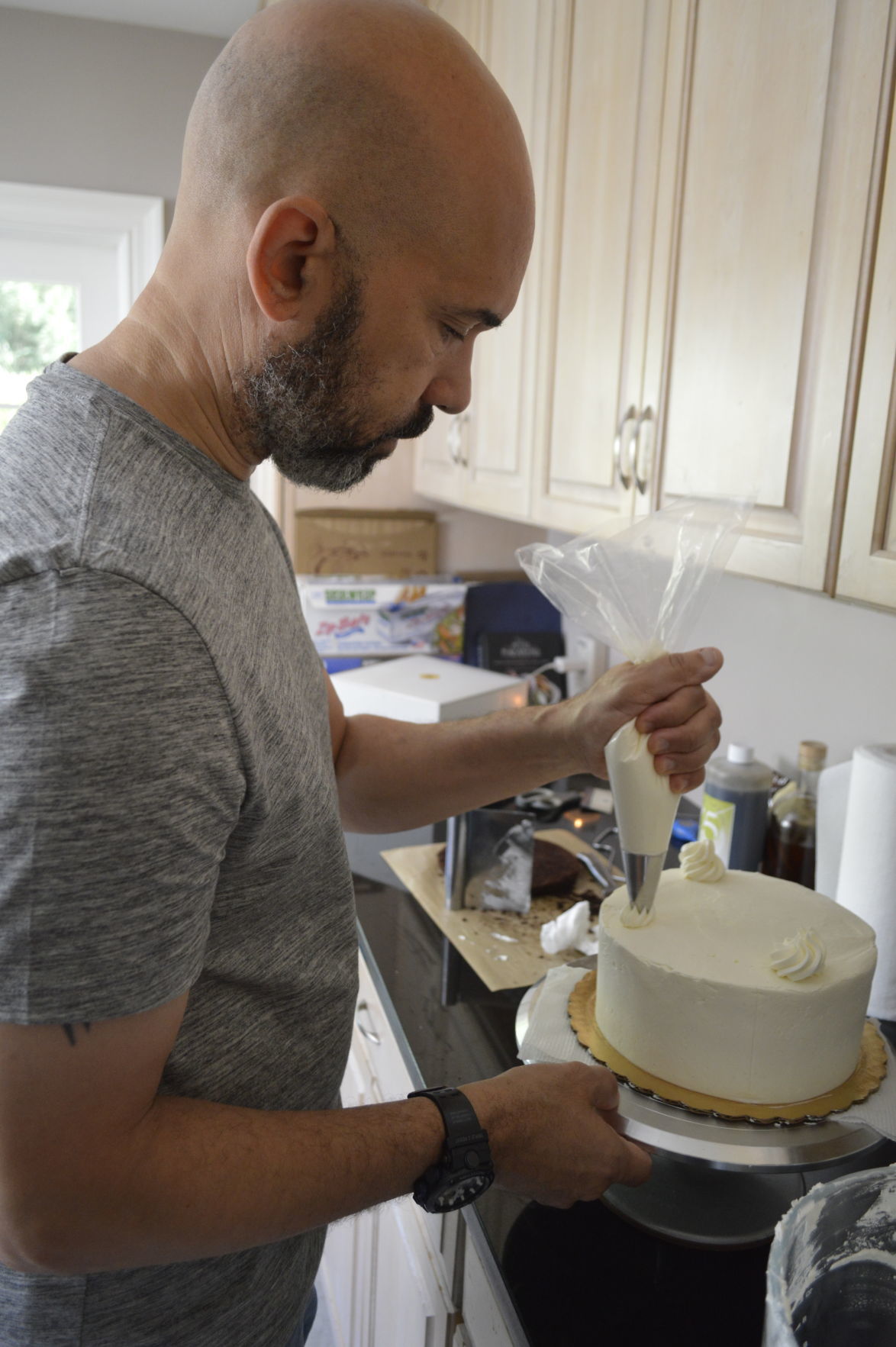 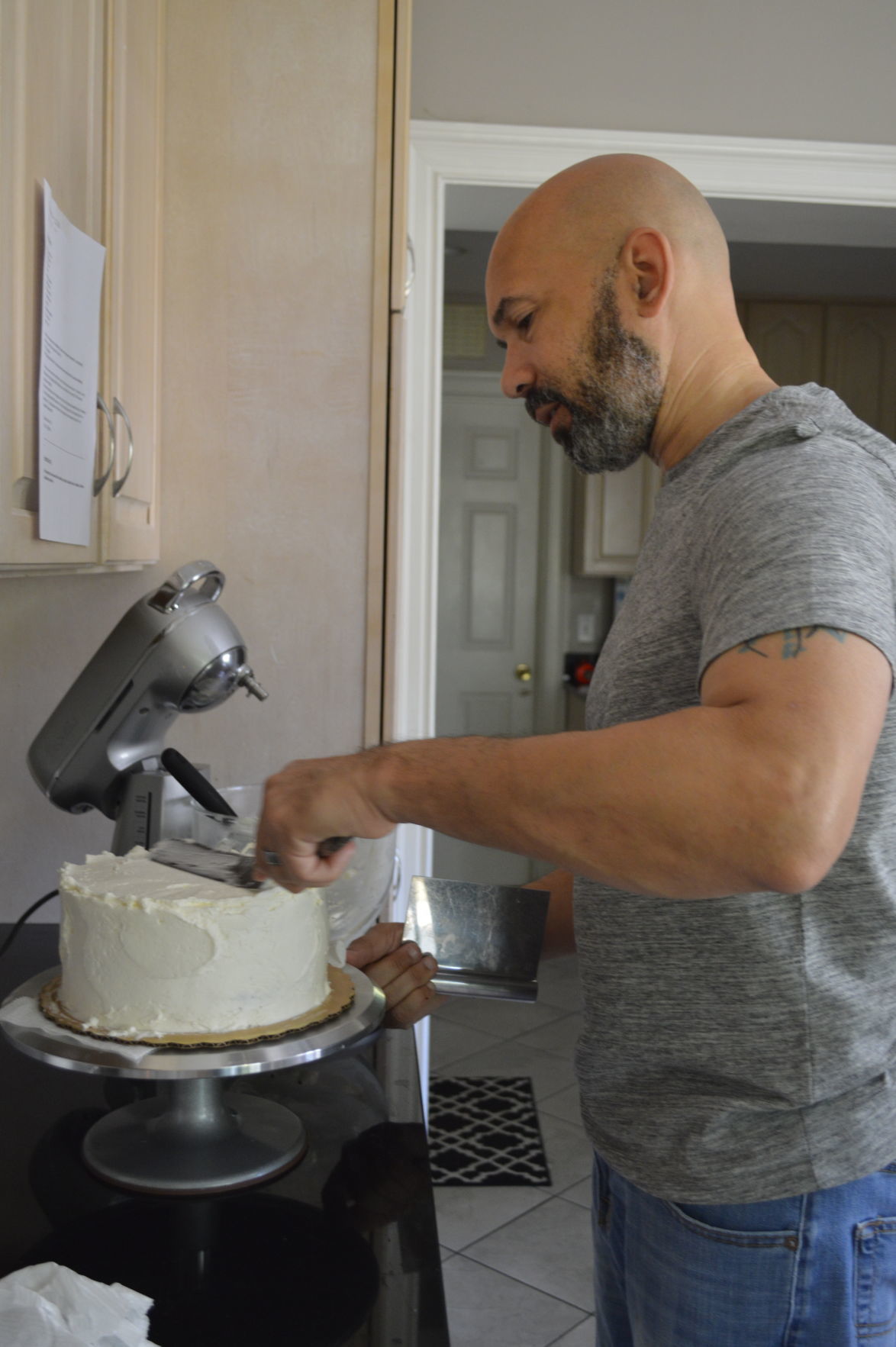 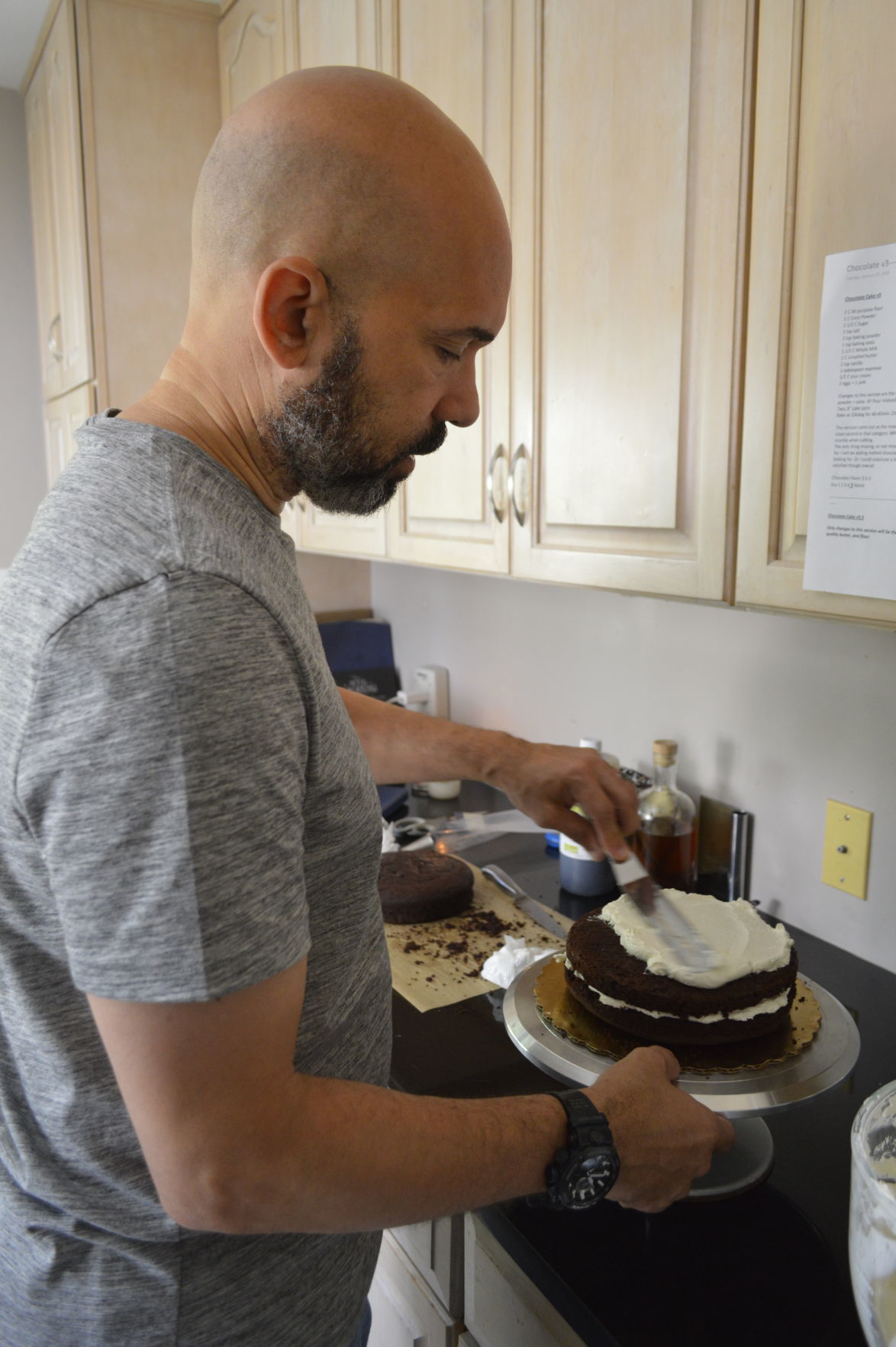 Ijamsville resident, Craig Bryan, decorates a cake in his home. Bryan registered for School of Food in hopes to open a dessert lounge in downtown Frederick.

Kim Bryden, School of Food program curator, announces the program's launch in Frederick at the ROOT Building in downtown Frederick.

A new program coming to Frederick will cater to entrepreneurs in the food and beverage industry that are hoping to expand or create a business.

School of Food is a nine-month course that focuses on branding, merchandising, food safety, small business accounting and other topics that will better prepare students that are interested, or already involved, in the food industry. No cooking or baking is done in the program.

The courses would most benefit an at-home baker/cook, a food truck operator, small caterer, a farmer, a farmer’s market vendor or someone with experience in the industry and is looking to expand, said Kim Bryden, School of Food program curator.

“I tend to think there’s a lot of programs out there that are more generalist, like you might go to a small business resource center,” Bryden said. “What happens when you want to go into a specific industry? Things we’re going to talk about in School of Food will not be relevant to construction. So very quickly we get away from this generalism into needing to know about your industry.”

The program originated in Baltimore under Humanim, a workforce development nonprofit, and has been in held for the last four years with classes in Baltimore and Washington, D.C.

School of Food was able to expand into Frederick with the help of both the county and city’s Office’s of Economic Development, the Downtown Frederick Partnership and Platinum PR.

“We are thrilled to be bringing this program to Frederick County and hosting the training at ROOT, our county innovation center,” said Helen Propheter, director of the Frederick County Office of Economic Developement. “This just makes sense. Frederick has such a strong food, craft beverage and entrepreneur community. This training will just enhance these industries and strengthen our entrepreneurs.”

Leeann Dickerson, marketing and promotion manager for the Downtown Frederick Partnership, added that the program “will fill a need” for food entrepreneurs in Frederick.

“We have an outstanding team of economic development professionals who are here to help you along every step of the way of opening a business,” Dickerson said. “But we don’t have anything, at least not to my knowledge, that is specifically targeting the food and beverage industry and helping them in that capacity. That is a thriving industry here, not only in downtown Frederick but in Frederick County across the board.”

One such individual who is looking to expand into the food industry and has already signed up for the course is Ijamsville resident Craig Bryan.

Bryan, a retired UPS driver, has been baking cakes as a hobby for about 15 years. He started making cakes for friends and family, then for birthday parties and weddings for friends of friends, before deciding to turn his hobby into a business.

“When the idea of actually making it a business first started, it was a kickstarter,” he said. “It went from that to ‘well maybe I can just do cupcakes.’ From that it went to a traditional bakery, because you don’t see those anymore. A lot of them are just specialty shops.”

While he still wants to open a traditional bakery, he’s focusing on opening a dessert bar in downtown Frederick.

“It stemmed from going out to eat,” he said. “I got tired of eating the same dessert. Most restaurants have anywhere from three to four of the same dessert or their version of the dessert.”

He originally wanted to whip up home-style desserts, but the idea grew into fine dining desserts.

Fine dining desserts, he explained, are the same desserts diners would typically see but more exquisite with a focus on the presentation.

“The way I would serve it, I wouldn’t just slap a piece of cake or a piece of pie on the plate,” he said. “After a bad day at work who wouldn’t want to go sit down and have a glass of champagne and cheesecake?

“Why can’t there be a place where you could take your significant other or if you’re trying to nail down a business deal,” he added. ”Take the edge off a little bit and go get some dessert, some cocktails, some drinks and have an atmosphere that is casual.”

To get his idea off the ground, he had a meeting with the Downtown Frederick Partnership and Frederick City’s Office of Economic Development to help point him in the right direction when Dickerson mentioned the School of Food.

“It’s a no brainer,” he said. “It fits my needs because I know the baking side, but when it comes to the business side I trust it would help me out tremendously.”

Students can register for all nine classes for $149 or on a class-by-class basis for $20. For more information or to register visit Schooloffood.org.

I have been dreaming of a dessert lounge that serves champagne. Build it and they will come!