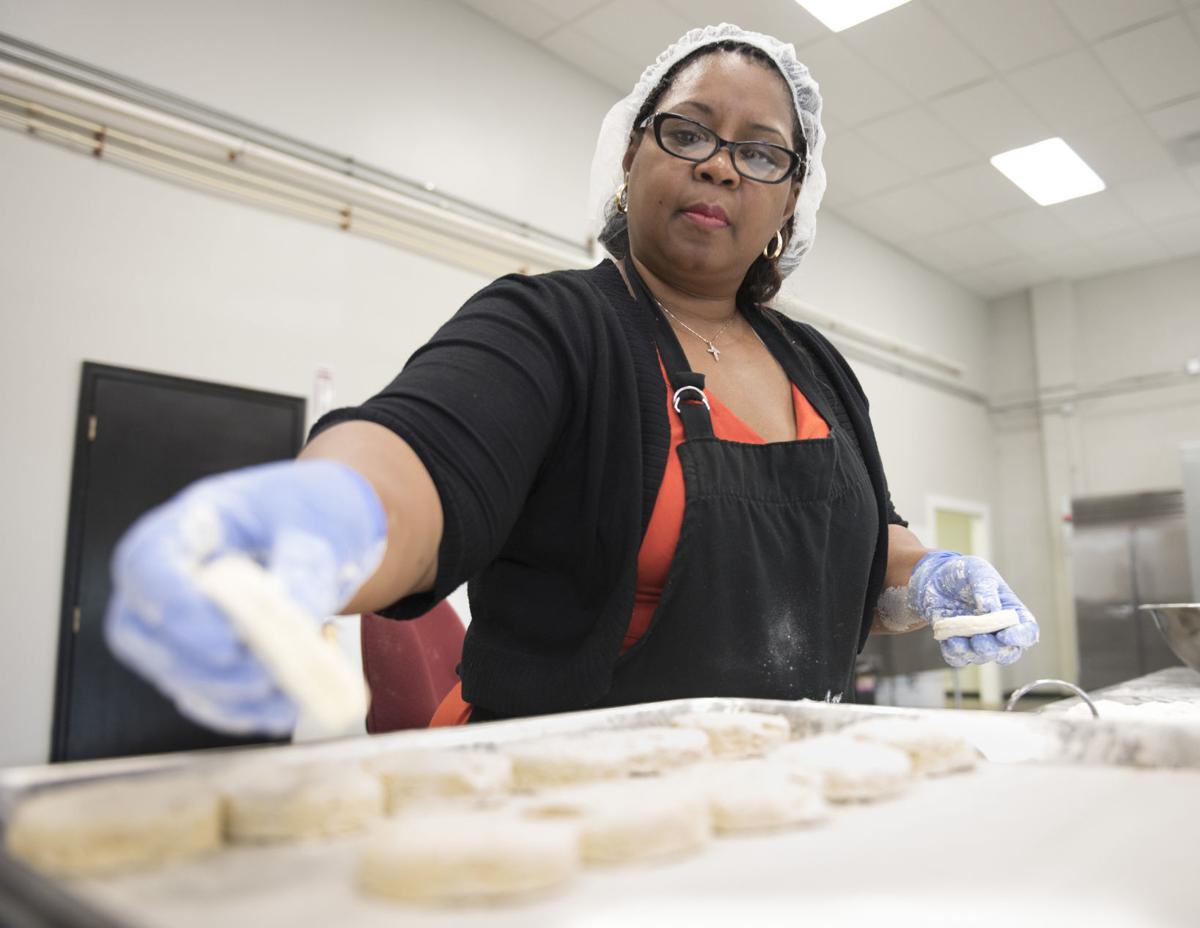 Lesley Riley, owner of Mama Biscuit’s Gourmet Biscuits, prepares a batch for the oven at her Grove Road production facility. 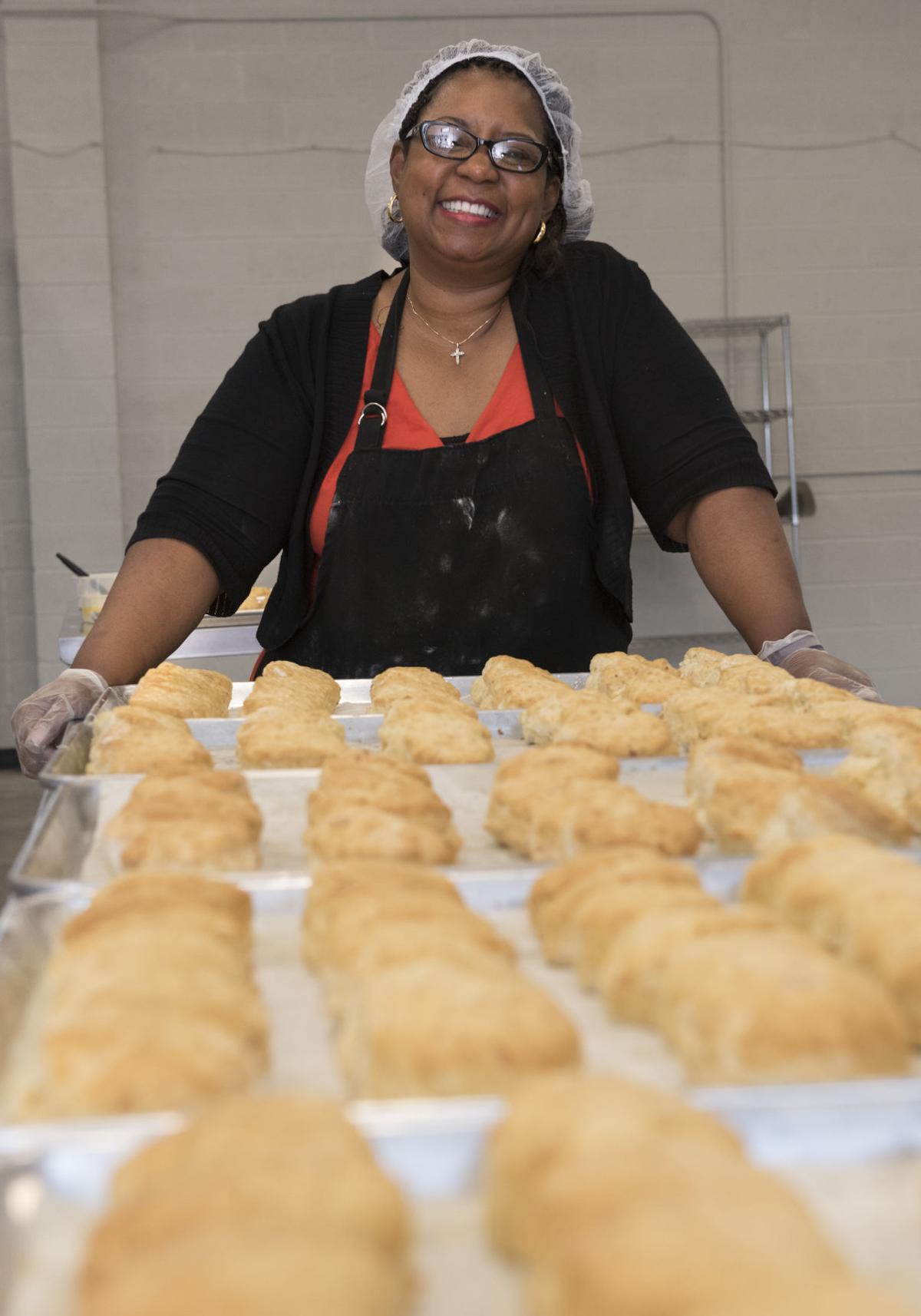 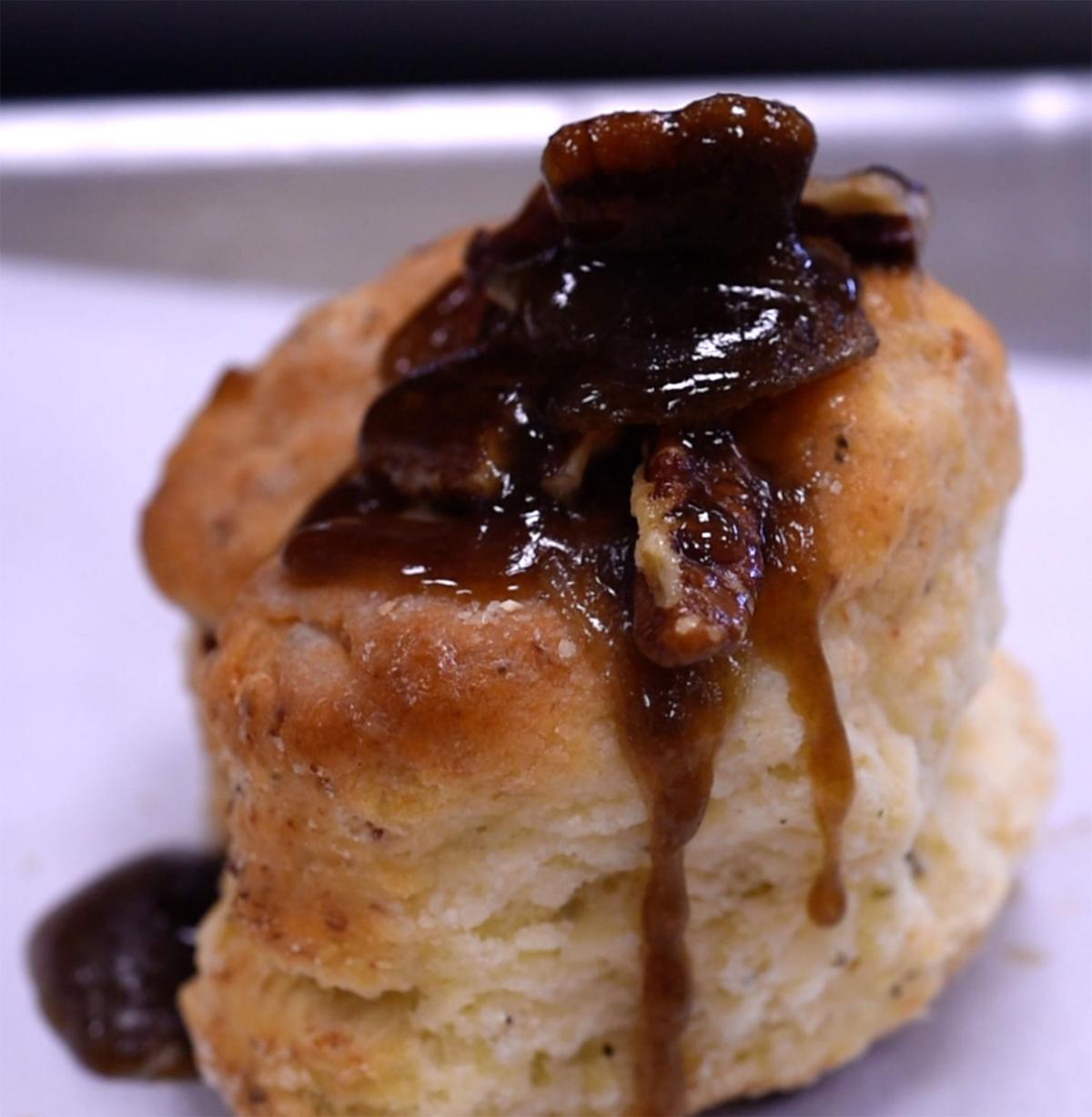 One of Mama Biscuit’s Gourmet Biscuits.

Lesley Riley, owner of Mama Biscuit’s Gourmet Biscuits, prepares a batch for the oven at her Grove Road production facility.

One of Mama Biscuit’s Gourmet Biscuits.

A Frederick business will get nationwide exposure when its line of gourmet biscuits is sold at Wal-Mart stores.

The company offers more than 50 types of gourmet biscuit products, available to be shipped from its 7,500-square-foot production site on Grove Road.

Riley said she went to Wal-Mart’s corporate offices in Bentonville, Arkansas, in late June as one of 500 companies for an invitation-only event for potential vendors. Her company was one of 100 that were chosen, she said.

She met with three buyers for the company and demonstrated the process for them, from putting the biscuits in the oven to applying the finishing touches.

The biscuits will be carried in the frozen food section beginning in July 2018, she said.

They come in more than 50 flavors, including apple, pear, and pistachio; pineapple banana rum upside down; and gingerbread orange rum.

Riley had made sweet potato and other biscuits when she ran a soul food restaurant in North Carolina, and she launched Mama Biscuit’s in 2014.

She also tried out to be on the television show “Master Chef,” making it through several rounds of auditions before being eliminated.

She built up a client base by using Facebook to reach test customers around the country, who helped her try out different flavors.

The biscuits are sold in stores such as Wegmans, Whole Foods, and Frederick’s Common Market, as well as on the company’s website.

Riley said she has seven part-time employees, and plans to hire five more before the end of July. The company expects to at least double its staff by 2018.

Wal-Mart spokesman Phillip Keene said in an email the company is excited about Riley’s product.

“This item is exactly the type of new offering we look for during our annual Open Call event, so we hope our customers will like them as much as we did,” he said.

Riley said she went into the meeting with Wal-Mart with no expectations, but was happy her biscuits were chosen.

“It was overwhelming, to put it the least,” she said.

Lesley, these look real good, do you sell them locally and if you do, where? It would seem something like this would be difficult to keep fresh, how often do you resupply and what is done with the stale?

"The biscuits are sold in stores such as Wegmans, Whole Foods, and Frederick’s Common Market, as well as on the company’s website." It says they're frozen.

Please re-read the headline. Really? It sounds like the company is going to be sold at Walmart.

Where do you get; "It sounds like the company is going to be sold at Walmart.", what it says is; "A Frederick business will get nationwide exposure when its line of gourmet biscuits is sold at Wal-Mart stores."

It looks like they're sold locally at Frederick Common Market. Wish they'd have an outlet at their bakery site. Check out their website. Biscuits look delish!