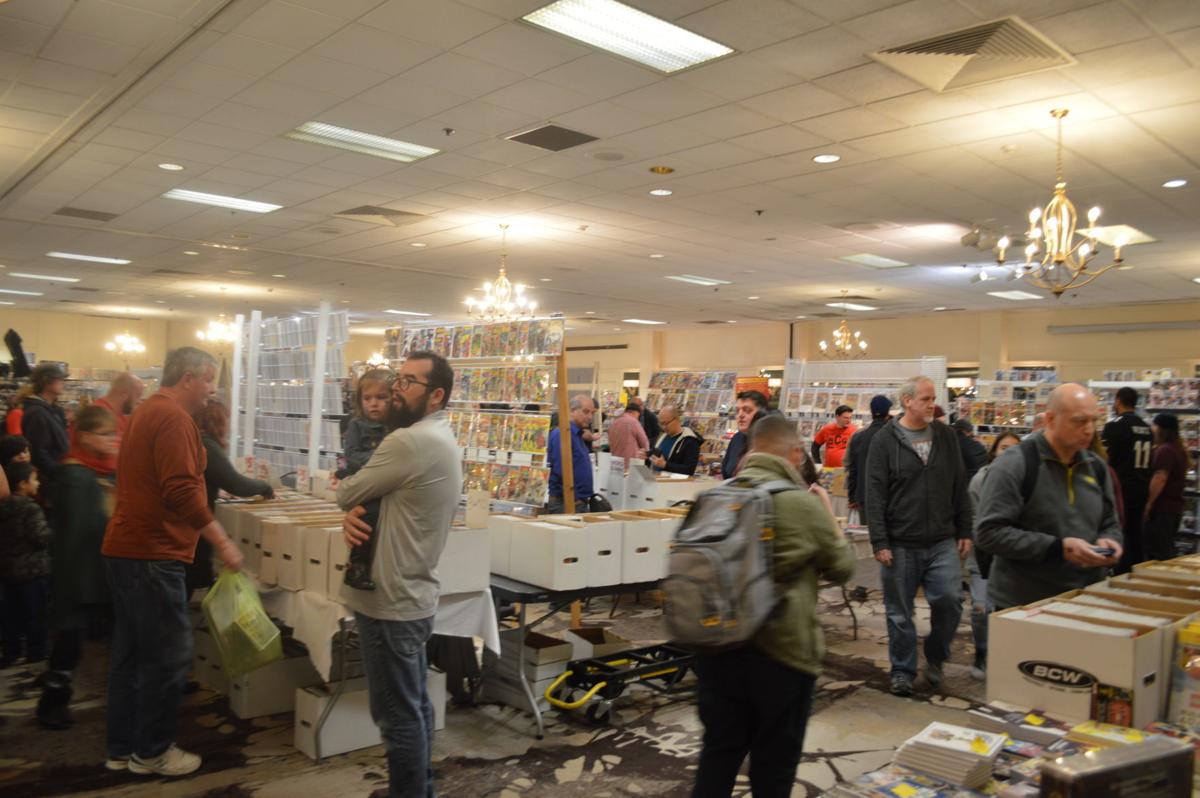 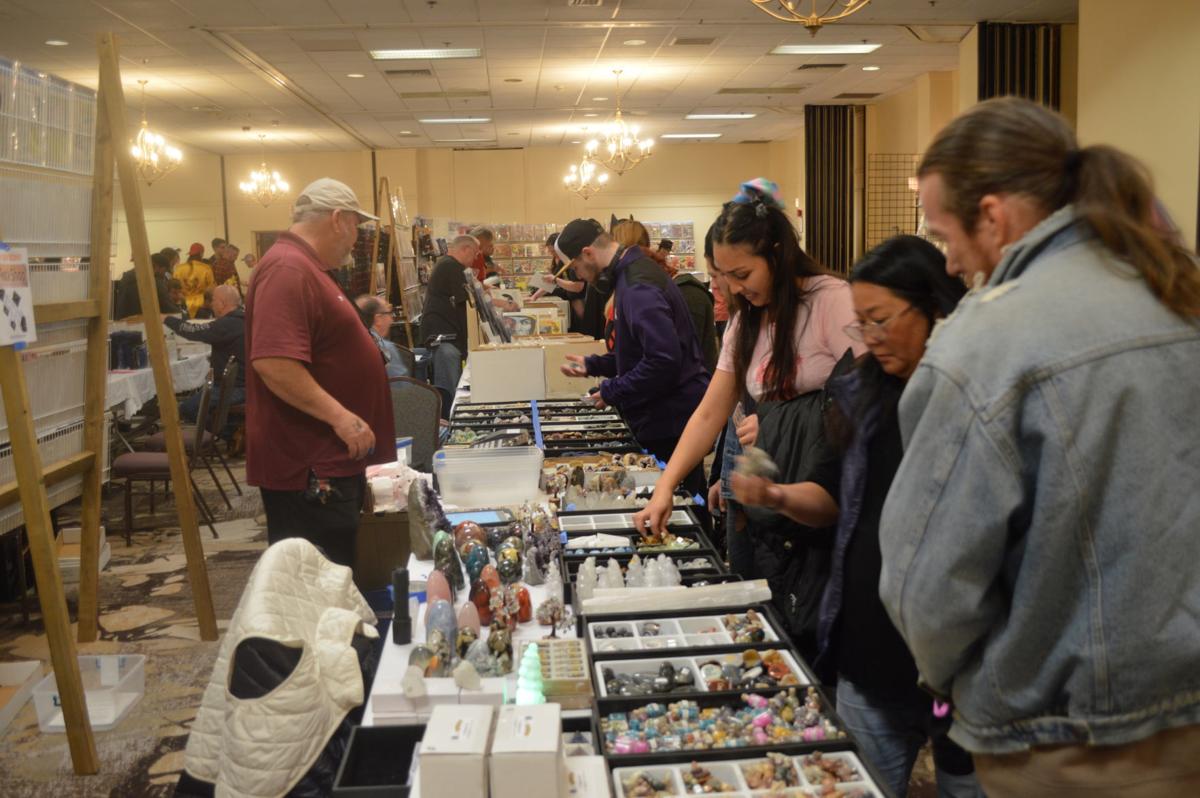 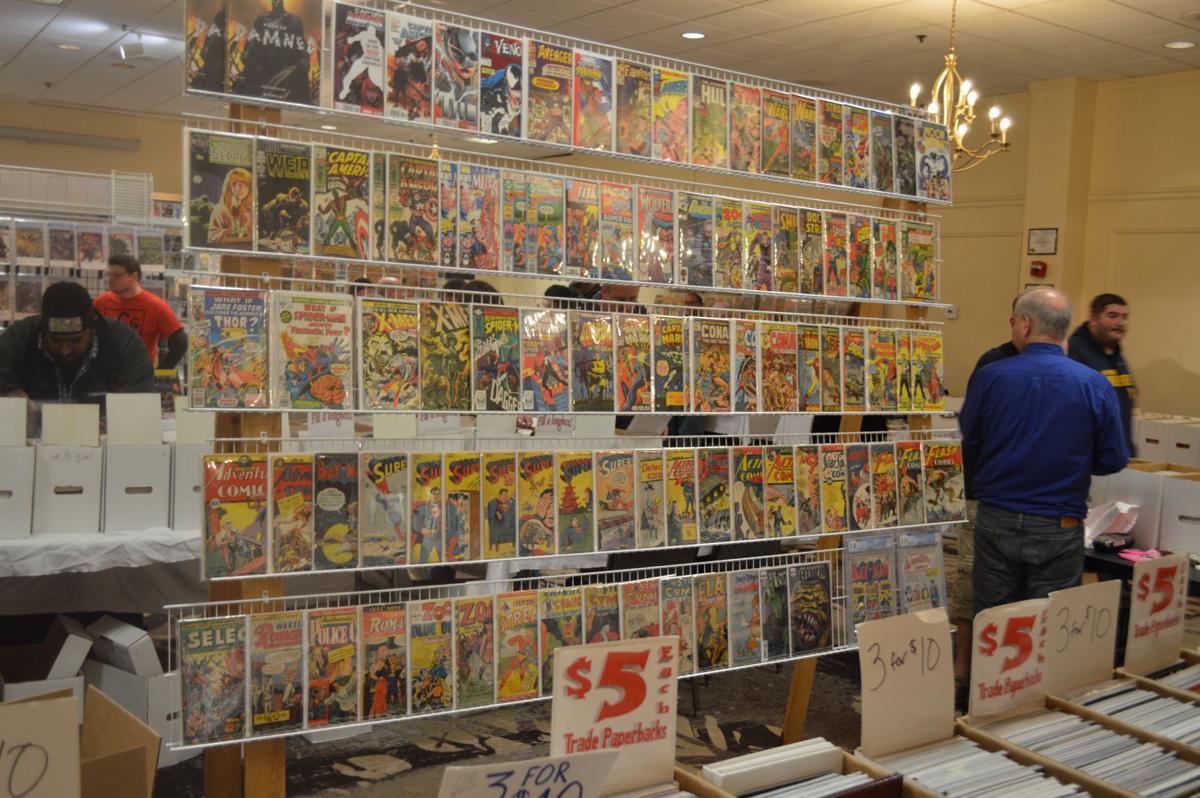 Many contained what one might expect at the Frederick Comic Con—comic books. But Pokemon, figurines, gem rocks and various other items were scattered across the room, and multiple people were dressed in costumes of various superheroes and comic figures.

Nick Shoff has been hosting comic cons for more than 40 years, turning a baseball card collecting hobby into an event that draws a diverse crowd each year.

For Shoff and many vendors at the Clarion Inn Sunday, the comic con’s main goal is to be a family-friendly event. The event has occurred in Frederick for about the last six years, Schoff said.

“I don’t charge for [kids] 12 and under and we try to keep the price as low as possible,” he said of his $8 admission fee. “I don’t want them to spend all the money at the door and not have any left when they come in.”

Ed Sanderson was one of many vendors selling comic books and other items Sunday. He said he’s worked with Schoff for more than 30 years and that there’s a family-like feeling between the vendors and customers at the Frederick event.

“Every show has its own personality,” said Sanderson, who works at Gateway Comics and Toys in Fredericksburg, Virginia. “This one is about families ... this is a good area, the people here love their comics and we love sharing them.”

There’s a lot of preparation for an event like Sunday, multiple vendors said. They have to transport their items, get their tables and shelves ready and make sure to have the essentials — which can vary from zip ties to hold the shelves together to battery packs to make sure their phones don’t die because of credit card reader usage.

Thomas Mulvey, who works at Silver Dragon Studio in Fairfax, Virginia, said preparation is intense, but it’s worth the relationships built with other vendors and customers.

“The best part for me is when you make the kids happy, and that makes the parents happy,” Mulvey said.

Several families were present Sunday, filtering through comic books, figurines and other items for sale and on display. That included Triston Walters and his six-and-a-half-year old son, Elijah.

Walters, from the Point of Rocks area, enjoys the fact he can come to a local comic con versus having to travel to Baltimore or San Diego.

“It is a family event, and it brings my son and I together,” Walters said. “We can both be children when it comes to comic books.”

“I enjoy it, and I enjoy the people,” Shoff said. “And hopefully that comes through in how I do things.”

Something tells me more and more comic books are just what Frederick needs.