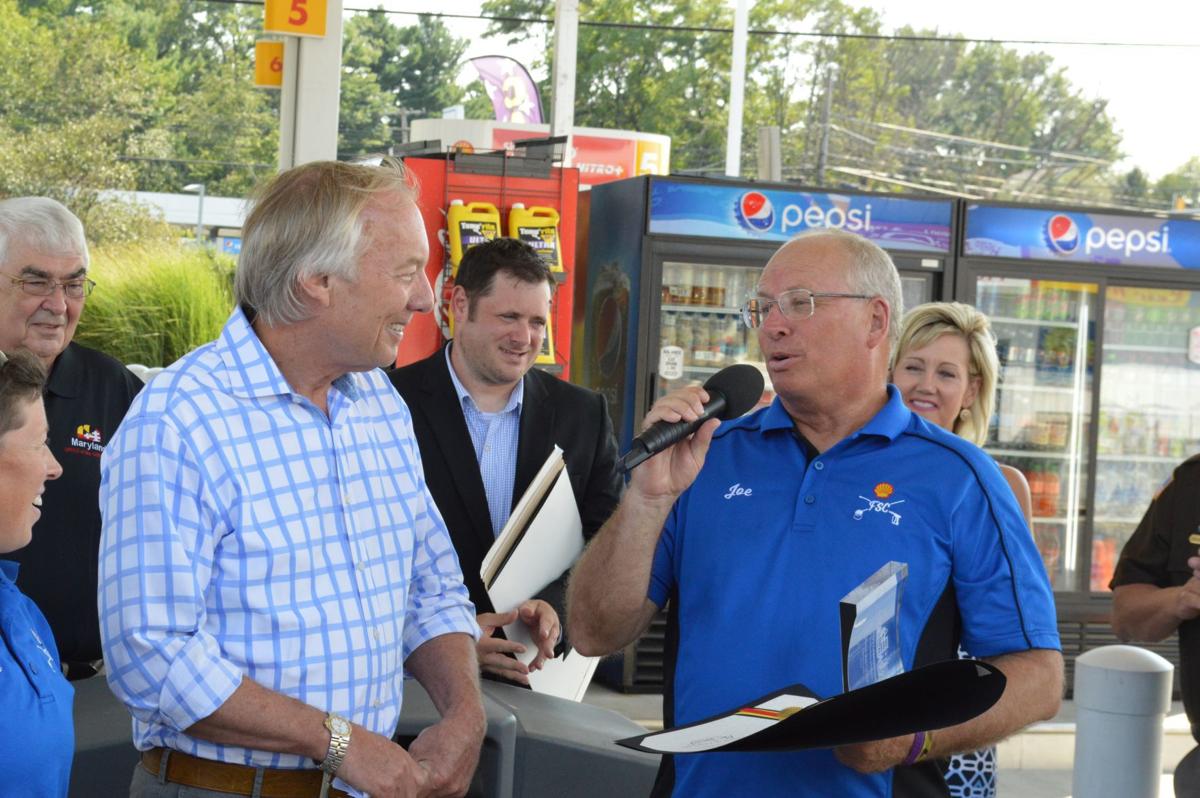 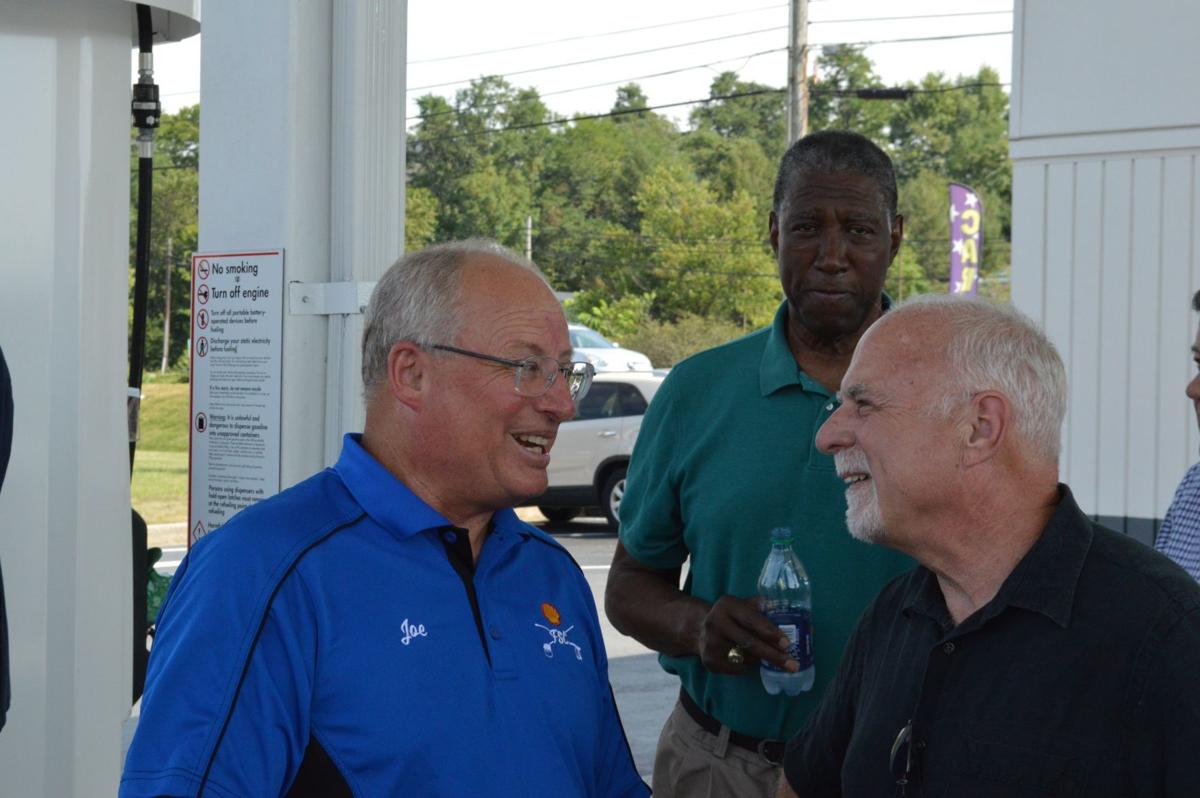 For 35 years, Joe Parsley and his gas station have been an institution on Frederick’s Golden Mile.

Since 1984, Parsley’s Frederick Shell Carwash at West Patrick Street and Willowdale Drive has provided fuel, cold soda and car washes to drivers as the neighborhood has evolved around it.

“We’ve seen a lot of change here on the Golden Mile,” Parsley said.

On Monday, Parsley and the station were recognized by Maryland Comptroller Peter Franchot with a Cornerstone Award for Local Business Excellence.

The award “recognizes businesses that are part of the fabric of their community and those that have adapted to economic challenges, evolved to meet customer demands, and demonstrate a commitment to the community through charitable giving and sponsoring local activities,” according to a release from Franchot’s office.

Parsley said he has built up a loyal base of customers over his 35 years, and tries to give back to the community.

“We are a part of the community. We are a community gas station,” he said.

Among the organizations he and his wife, Gloria, have donated to are the Fort Detrick Alliance STEM Program and the Frederick County Foster and Adoptive Parents Association.

Small businesses such as Parsley’s make up the majority of Maryland’s gross domestic product, Franchot said while presenting the award to Parsley and his daughter Melissa, the station’s general manager.

He specifically cited Parsley’s work with the foster community. For more than 20 years, he and his wife have been foster parents to dozens of children.

“I can’t think of anything that will get you into the Hall of Fame faster than that,” Franchot said.

Parsley began pumping gas at the station as a teenager, then rose to shift manager, and eventually the station’s owner offered to sell it to him.

Parsley was nominated for the award by the Frederick County Chamber of Commerce.

Weldon used to go to Foster Week appreciation events when he was a county commissioner and a state delegate, where he often ran into Parsley.

And both Joe and Gloria Parsley have gone through the Leadership Frederick program for community and business leaders, Weldon said.

He said Parsley teaches a lesson on how to use a business to build and sustain philanthropic giving.

Along with his business and charitable activities, Parsley has been active in the county’s Republican political community, including running for the Frederick County Council against council President M.C. Keegan-Ayer in 2018.

State Del. Ken Kerr (D) said Monday that while they disagree on politics, he and Parsley get along well.

Parsley is “the kind of guy you’d like to have a beer with. And actually, we’ve done that quite frequently,” Kerr said.