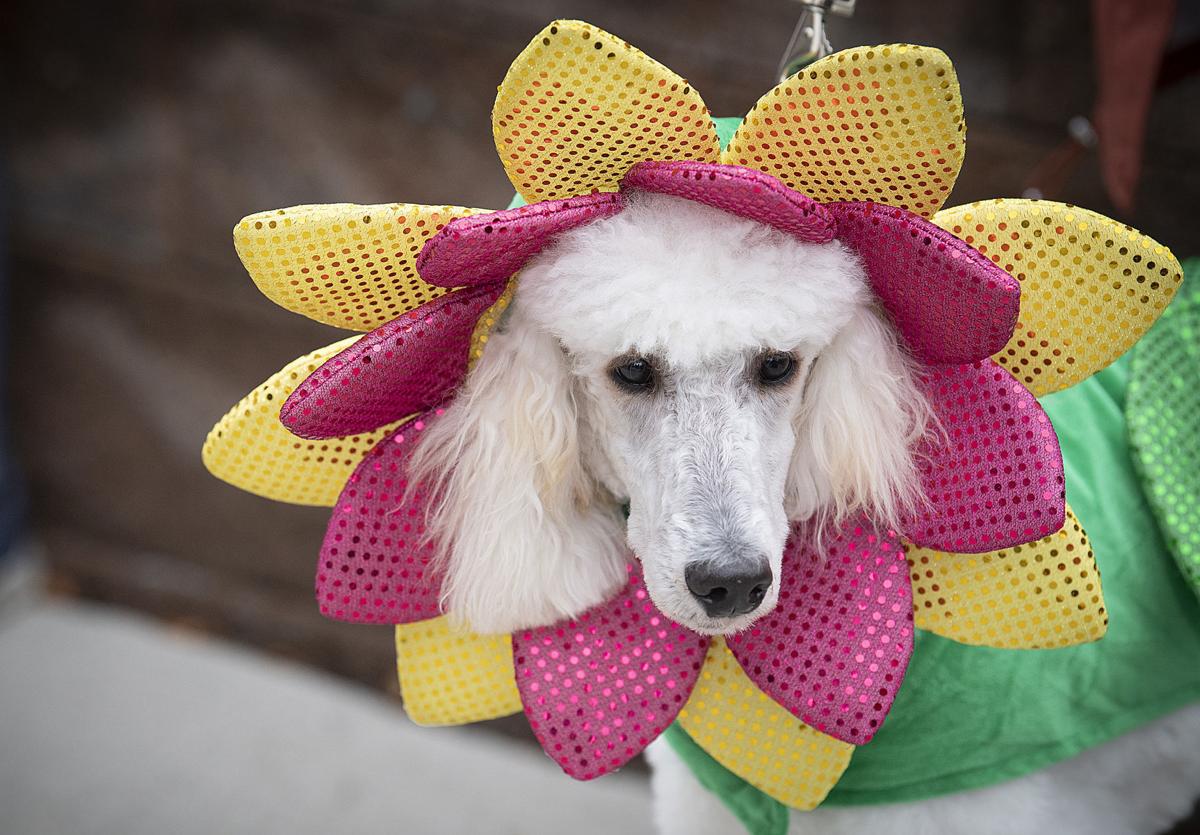 Lacy, a labradoodle, was decked out as a sunflower for Sunday’s Howl-o-ween Dog Costume Contest at Green K9 in Urbana. 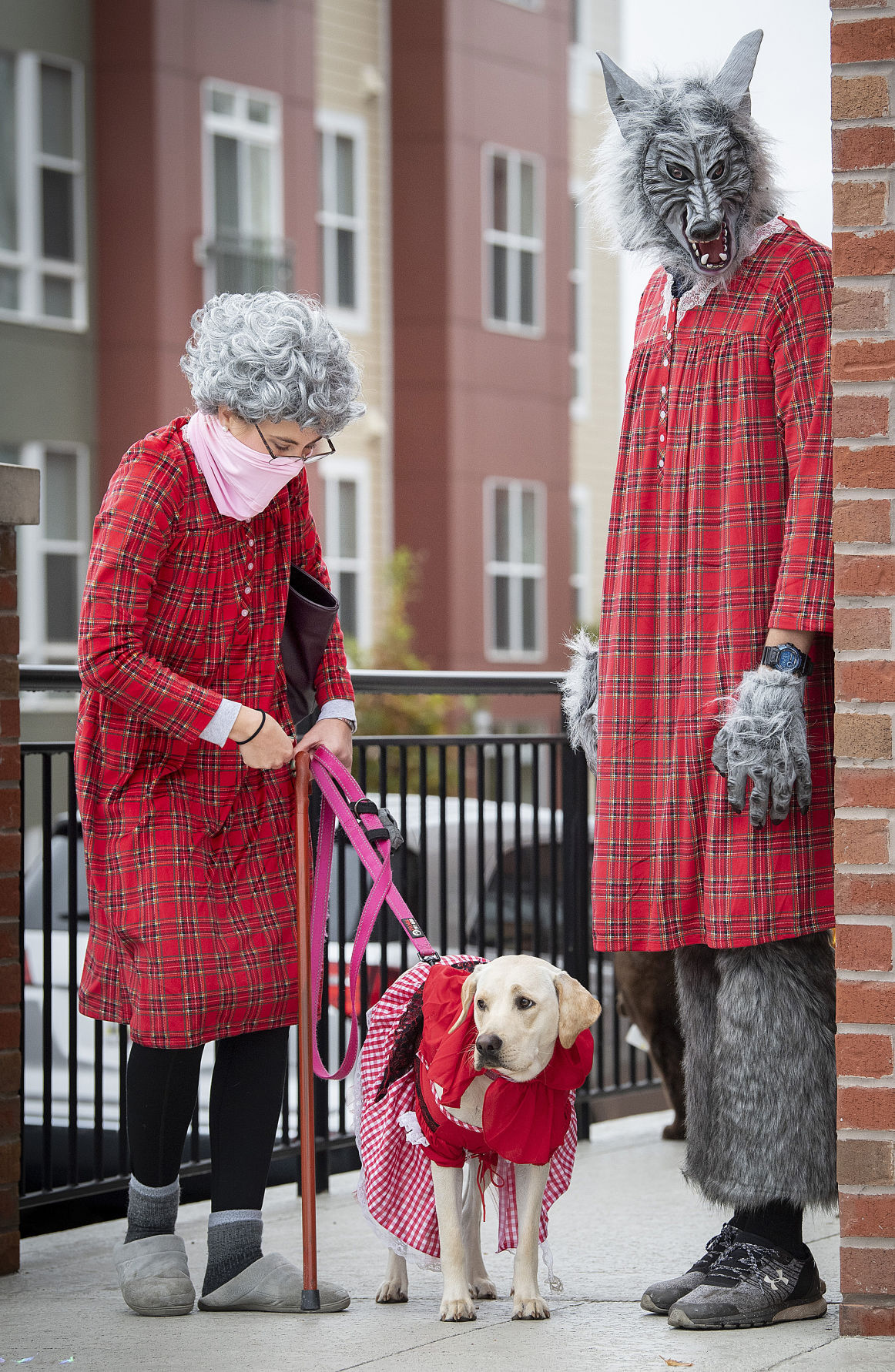 A favorite was puppy Harper playing Little Red Riding Hood and is joined by owners Will Healey dressed as the Big Bad Wolf and Tyra Bjorlo as Grandma at the Green K9 in Urbana Sunday for the Howl-o-ween Dog Costume Contest. 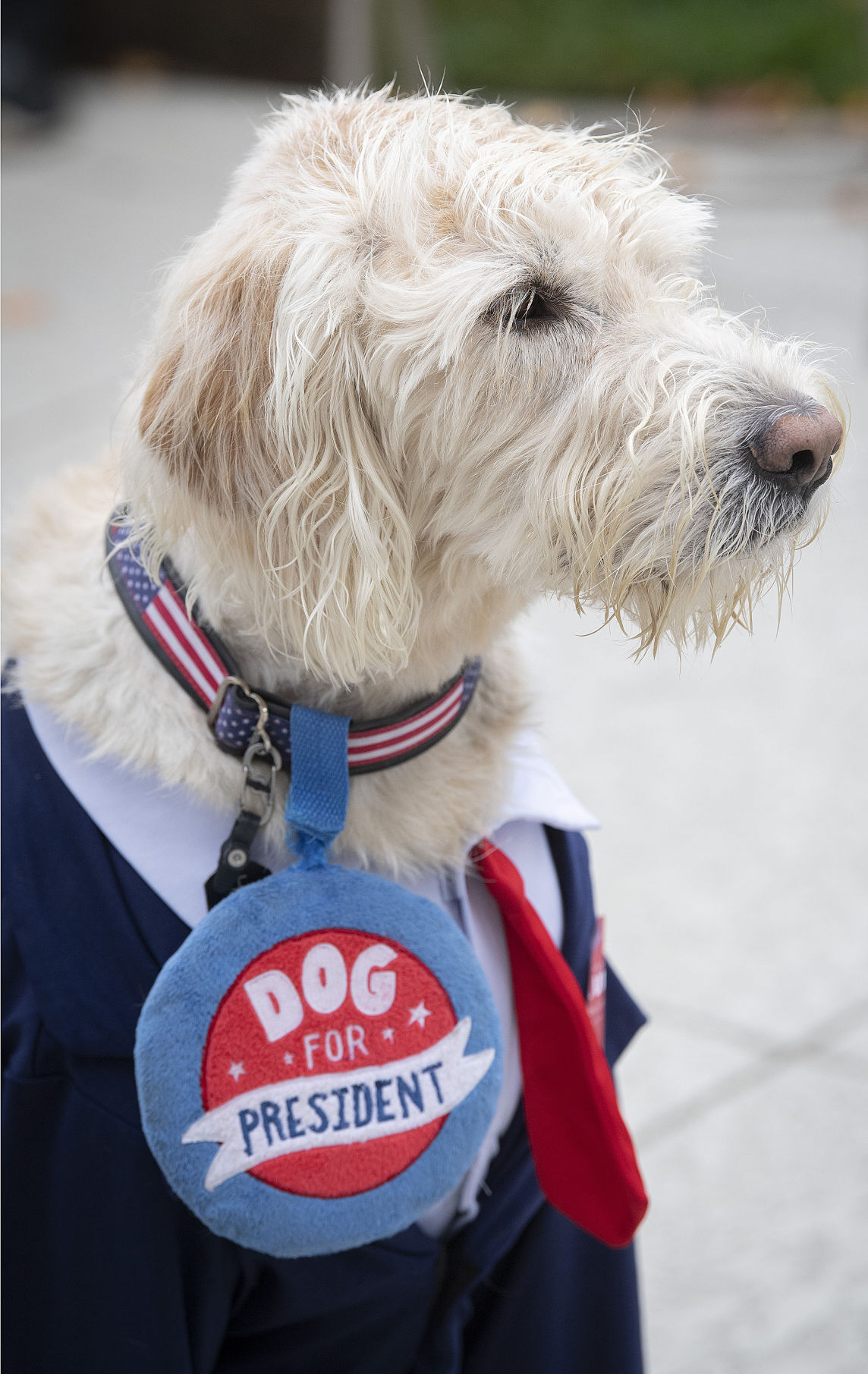 Harley was dressed for the event as a presidential candidate stumping for votes at the Green K9 in Urbana Sunday for the Howl-o-ween Dog Costume Contest.

Lacy, a labradoodle, was decked out as a sunflower for Sunday’s Howl-o-ween Dog Costume Contest at Green K9 in Urbana.

A favorite was puppy Harper playing Little Red Riding Hood and is joined by owners Will Healey dressed as the Big Bad Wolf and Tyra Bjorlo as Grandma at the Green K9 in Urbana Sunday for the Howl-o-ween Dog Costume Contest.

Harley was dressed for the event as a presidential candidate stumping for votes at the Green K9 in Urbana Sunday for the Howl-o-ween Dog Costume Contest.

A little rain couldn’t stop people from coming out to the Green K9 Sunday for the Howl-o-ween Dog Costume Contest.

“We wanted to do more for pet rescue and because of the pandemic we haven’t been able to do our events,” said Marni Lewis, owner of the Green K9, which hosted the event. “That’s one of the favorite things we like to do for the community is raise money and support the rescue groups. And also people have been … home and this just gives them a fun thing to do with their dog. It’s outside. We’re able to social distance and it’s just a fun thing for the kids to come out.”

The Green K9 is pet supply store that offers a variety of services including full service grooming, dog daycare and dog wash and spa.

Proceeds from the costume contest Sunday went to Operation Paws for Homes, a nonprofit that rescues, rehabilitates and re-homes animals from high kill shelters. Prizes were also available from a raffle that featured items such as one year of pet food from Fromm Food and a mask and bandana set from Boîte and there was a table full of free items for people to take.

“A lot of the local businesses, we wanted to support them as well,” Lewis said. “Raffles are a great way to support other businesses to get their name out there. I love that part of fundraising too.”

There was also a food truck at the shopping center where contestants could eat.

Lewis added that the Green K9 will have regular events in the spring that will benefit a different rescue group each time.

“I just hope people have a great time today,” she said. “And enjoy being with their family and the family dog … it’s just a fun, uplifting thing for everybody.”

Dogs were paraded in front of the judges and the crowd Sunday and awards were given to best small dog, best medium or large dog and best dog and human pair.

Operation Paws for Homes also had two dogs that were available for adoption at the event.

Jessica Sanders was at the event with her said Lincoln, 5, her daughter Aurora, 7, and their dog Wrigley.

Wrigley was featured as a shark, while Aurora was a surfer with her arm bandaged from a bad bite and Lincoln held the surfboard with a large chunk taken out of it. Sanders said the children noticed the event flyer when they were checking the mail one day and thought it would be fun.

“We actually moved here from Hawaii,” she said. “So we thought a shark attack and the way the year’s been going, [it] would be appropriate.”

Sanders said she was just looking forward to having fun with the kids, but that the fact that the money raised at the event was going toward Operation Paws for Homes also contributed to the family coming out.

“Anything that … it goes for a good cause we try and do, especially with the kids to teach them that it’s important to give back and not just like with humans but animals and everything as well,” she said. “I just think it’s really nice that they do something like this for the community even with everything going on.”

Bjorlo said Healey’s mother adopted a dog from Operation Paws for Homes about three years ago, so they knew about the organization and follow the events page.

“Through their website, we found this event and decided that it would be something fun to do on a Sunday afternoon,” she said. “We’re just looking forward to meeting all the other dogs and also supporting the organization just through the entry fee and being able to see what else is available for us to do to support the organization.”

That was something they felt was important, Bjorlo said, because dogs need homes.

“It’s important that the public can contribute and help them find the homes they need and that way the organization can continue to do the good work that they do,” she said.

For more information about the Green K9, visit: https://www.facebook.com/greenk9urbana

For more information about Operation Paws for Homes, visit: https://www.facebook.com/Operationpawsforhomes/