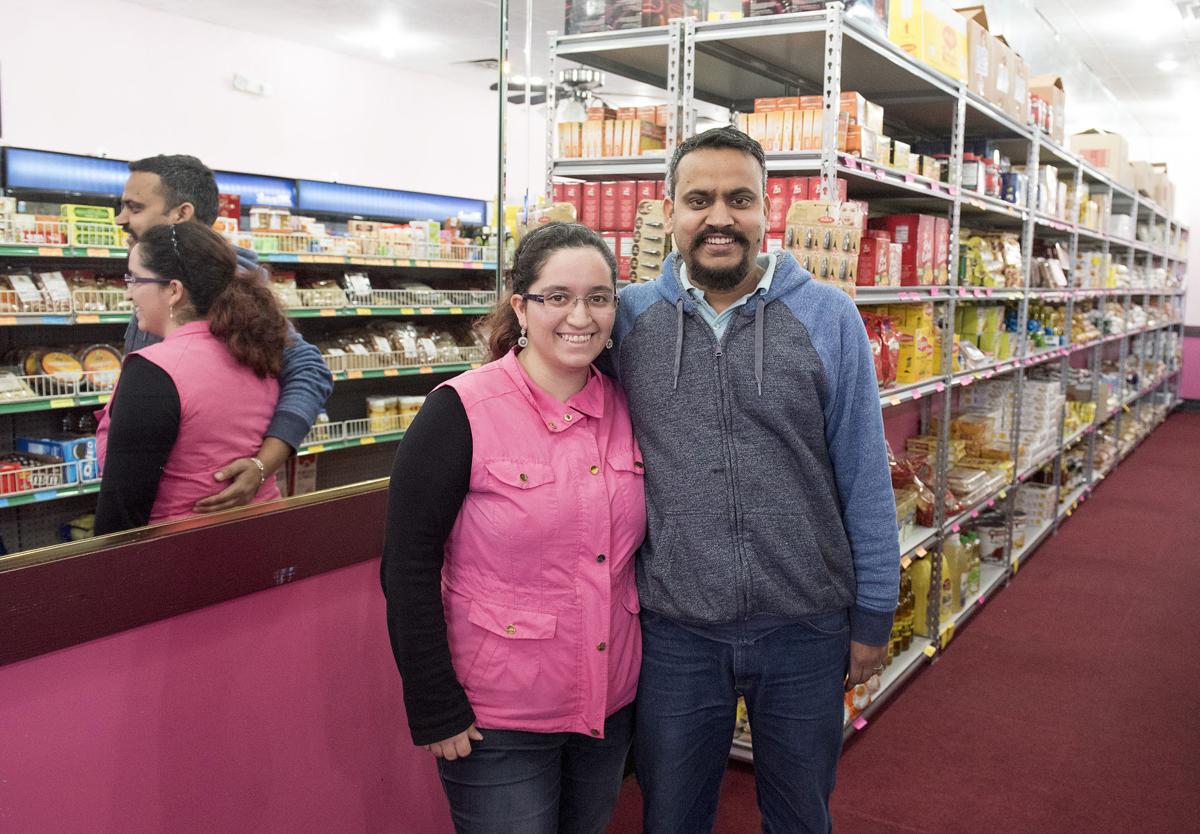 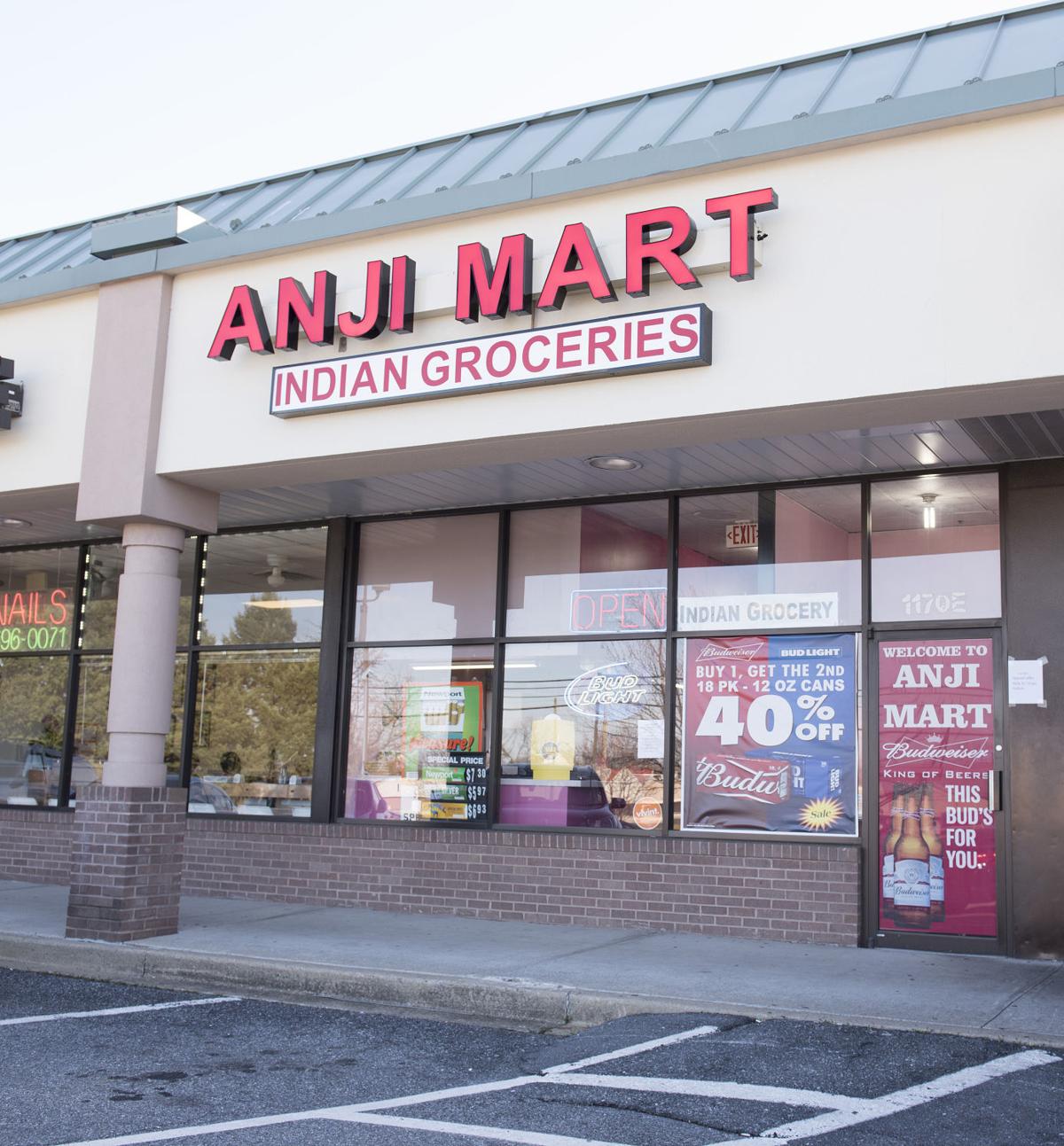 Indrajeet Yadav used to have to drive to Montgomery County to get groceries.

Yadav, who was born in Nepal, said he could never find a clean grocery store that offered foods from his home country and good customer service.

So, Yadav, who moved to Frederick four years ago, took it upon himself to open Anji Mart. It’s an ethnic grocery store that offers Indian, Nepali, Pakistani and Deshi food.

Anji Mart, at 1170 W. Patrick St., joins a host of markets that sell ethnic groceries along the Golden Mile — Hillcrest Latino Market, International Bazaar and La Colmenita among them.

Anji Mart, which opened Jan. 1, offers authentic cuisine from southeast Asia, ranging from lentils and rice to cookies and snacks.

It is next to Clay Oven, an Indian restaurant. Yadav said many of his customers have followed their meal at the neighboring eatery with a trip to his store.

“A lot of the people come over from the restaurant and they come here to get the ingredients, so they can try to make the food at home,” Yadav said.

Yadav put an Indian cookbook from Bombay Palace, a well-known Indian restaurant, in his store, featuring recipes people can try out.

Large grocery chains such as Giant Eagle, which operates across from Anji Mart on the Golden Mile, have expanded their international foods sections in recent years. Yet Yadav said it’s still not always enough for customers.

“They do the ethnic foods, but often times, it’s only just that one aisle, and it’s all different countries,” Yadav said. “At a store like this, there are multiple aisles and they’re all the same style of food.”

Yadav said he saw a hole in the market; few places cater to the growing Southeast Asian demographic. He said he has the only store with Nepali foods.

“I want to give people the authentic foods they would get as if they are in that country,” Yadav said. His products are imported from India, Nepal and Pakistan before he has them delivered from New Jersey.

Authenticity is a driving force in the experience at international grocery stores for customers. Via Jett, who was born in Laos but moved to the United States at 5, said she shops at the Asian Supermarket on Patrick Street. The items sold there are the comfort foods she had as a kid and can’t get elsewhere.

Asian Supermarket, which opened in 2002, offered the only option for authentic cuisine from China, Japan, Thailand, Taiwan, Korea and Vietnam until HMart opens along the Golden Mile.

HMart is an American supermarket chain that specializes in Asian food. It has been in the process of opening for over a year.

“[Asian Supermarket is] the only way for me to get a taste of home,” Jett said. “Otherwise, we have to go to Silver Spring or Rockville to get the groceries I want.”

Jett has five children, all been born in the U.S. She said she has been “Americanized” to foods frequently consumed in the U.S. — burgers and pizza. She hasn’t pushed her culture’s food on her children, but it often makes more work for her.

“I always have to cook two different meals,” Jett said with a laugh. “I cook for me and then for the rest of the family.”

Rachel Bur, owner of Asian Supermarket, said many of her customers know the exact brand of Asian food they are looking for when they walk in. Authenticity has been the driving force in allowing her to stay in business for 15 years.

I will certainly stop in for spices next time I'm down that way. I'd love cooking demos. Website? Tie-in events?

H-Mart will never open. G mart failed miserably at that site with a similar type of target consumer. Yes, H Mart is better but that will not be enough to keep it afloat. Giant and G Mart could not maintain at the location, H Mart management probably are starting to realize that too.

The signs are up, and lit and its opening.

now if we could get a good Jewish delly next

Or even a Jewish Delhi [wink]

What's the hold up with H-Mart? Seems like they can't get that store opened and it's been over two years.

Same question that I wanted to ask. It was already a grocery store when open as G-Mart, how could it possibly take so long to get open. Is it being held up due to licenses from Frederick City?

Agree. Perhaps they should skip H-Mart and go directly to I-Mart. Right down the Golden Mile from K-Mart.

because Trader Joe's would be a better fit.

we already have common market and moms.

They aren't a Trader Joe's though.

Wonderful! I hope they will consider doing some cooking demonstrations! Many of us would like a good introduction to southeast Asian spices, and how to use them.