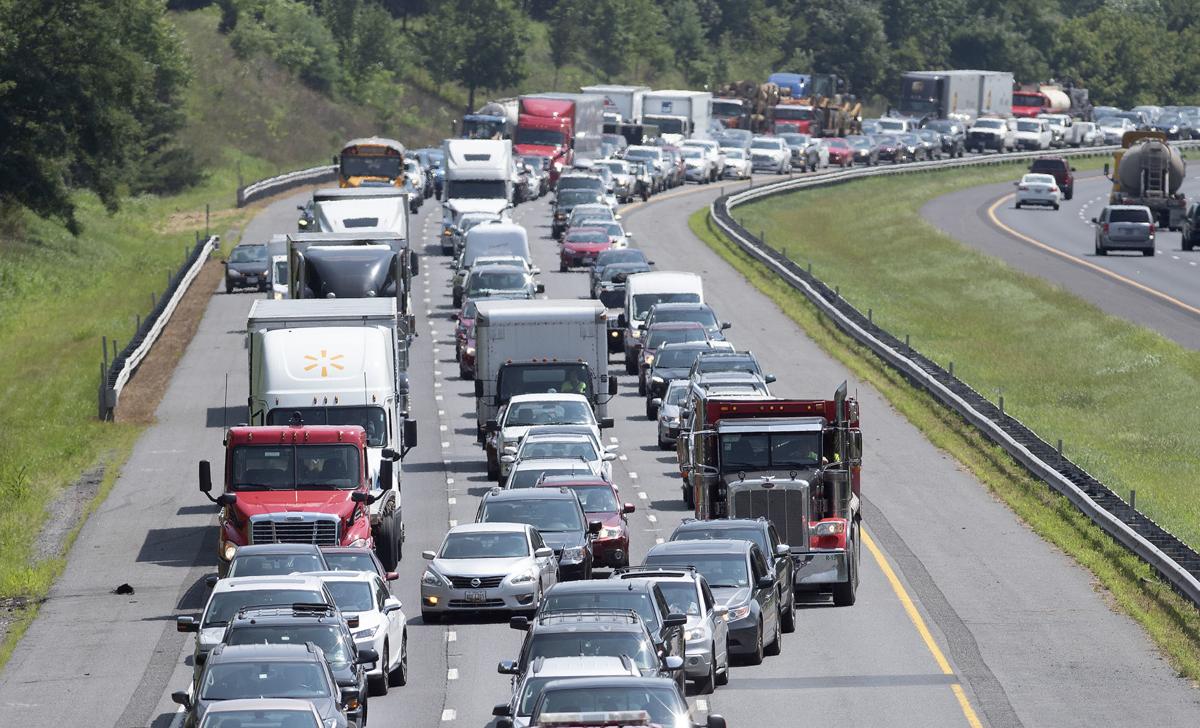 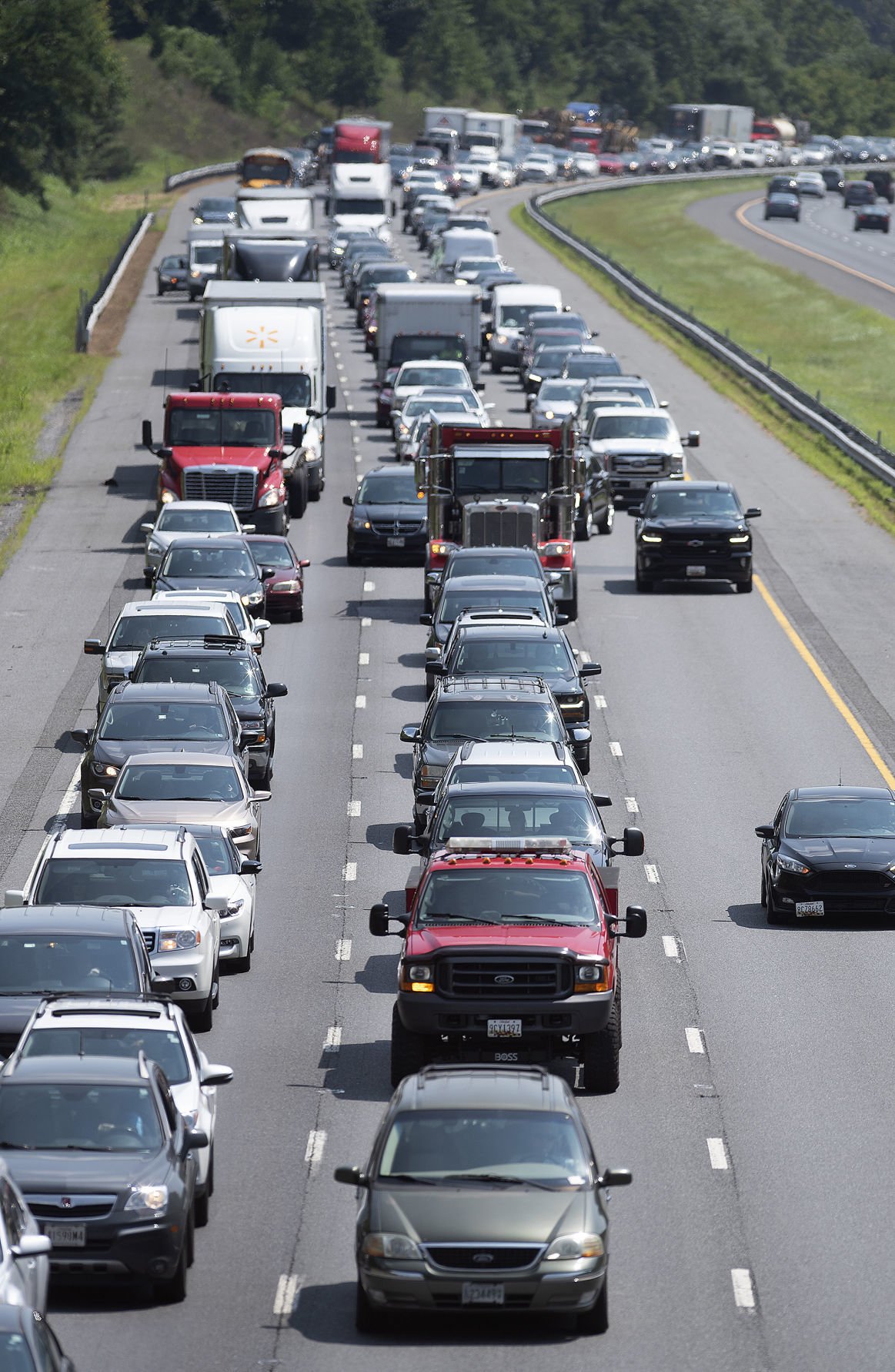 Travel over the upcoming Labor Day holiday weekend is expected to be heavy in Maryland, capping off a wet but busy and lucrative summer tourism season.

Based on travel numbers for Memorial Day and the Fourth of July, traffic will probably be heavy for the Labor Day weekend, said Ragina Averella, a spokeswoman for AAA Mid-Atlantic.

About 2.1 million people are expected to travel in Maryland for the holiday weekend, most of them by driving, she said.

With as many as a quarter million people expected to head to the Eastern Shore, Averella suggested trying to avoid crossing the Bay Bridge at the busiest times.

The summer season has been a busy one in Ocean City, even though rainy weather had an impact early on, said Donna Abbott, the city’s director of tourism.

The wet weather didn’t have much of an effect on one of Maryland’s other popular summer destinations, Deep Creek Lake, said Sarah Duck, vice president of tourism and marketing for the Garrett County Chamber of Commerce.

The lake and surrounding area usually get about 1.2 million visitors per year, with summer being the busiest time, she said.

Abbott said Ocean City doesn’t have any major events planned for the weekend, but the city and boardwalk will be busy well after the holiday weekend has passed, Abbott said.

“It’s still summer, as far as we’re concerned,” she said.

Labor Day is one of the Ocean City’s bigger summer holidays, although not as busy as the Fourth of July weekend, Abbott said.

The city usually sees about 250,000 people on a typical holiday weekend, she said.

The crowds packing the beaches, bars and boardwalk bring an economic boost to the city.

Tourism brought in more than $284 million to Ocean City in 2016, according to state figures.

And the Eastern Shore isn’t the only part of the state to rely on tourism to boost its economy.

Tourism and spending from people who visited Maryland brought in $17.7 billion in 2017, and generated $2.4 billion in state and local taxes, according to a report from the state’s Office of Tourism Development.

While summer is an important tourism season, Maryland will continue to have plenty of events and visitors into the fall, said Connie Spindler, of the tourism office.

“We’re still open for business, even though the summer’s over and the kids have gone back to school,” she said, referring to Maryland’s fall tourism options.

Ranger Mark Spurrier, park manager at Cunningham Falls and Gambrill state parks, suggested Labor Day revelers either get to the park in the morning or come later in the afternoon to avoid the heaviest crowds.

Labor Day marks the end of the park’s busiest season, although its business really drops off once the campgrounds close at the end of October, he said.

“Downtown [Frederick] itself has become a very big draw,” she said.

Like Ocean City and other tourist destinations, Muntz said Frederick County considers itself a year-round place for people to visit.

The fall foliage in the county attracts people from September to November, and holiday events such as candlelight house tours have become more popular, she said.

Regardless of whenever they’re traveling, drivers need to make sure that their vehicle is road-ready before they leave home, AAA Mid-Atlantic’s Averella said.

AAA expects to assist 28,000 motorists in the Mid-Atlantic region over the Labor Day weekend, including 7,300 in Maryland, she said.

The holiday comes as gas prices have dropped slightly, although Averella said they remain higher than at this time last year.

AAA announced on Thursday that Maryland’s average gas price is expected to drop to about $2.70 per gallon in the fall.

As of Tuesday, the statewide average was $2.79 per gallon, after it hit a high of $2.99 per gallon over the Memorial Day weekend.

Labor Day is usually a heavy driving holiday, with people staying a little closer to home with Maryland school scheduled to start Tuesday.

“I also think it depends if people have already gotten their summer vacations out of the way,” she said.

How far will you travel for the Labor Day holliday?

And by the time you reach your destination your jacked up, hit the bar only to find the people which got you in that condition[smile]

Long ago I realized my labor day was just a day without labor and I'm not going nowhere cuz they're too many crazy people on the road.

This just in!!!! The sun will rise in the morning, and water is wet!

After my 10 minute commute home this evening, my car will be parked and not move again until Monday. All my traveling will be done on foot this weekend.