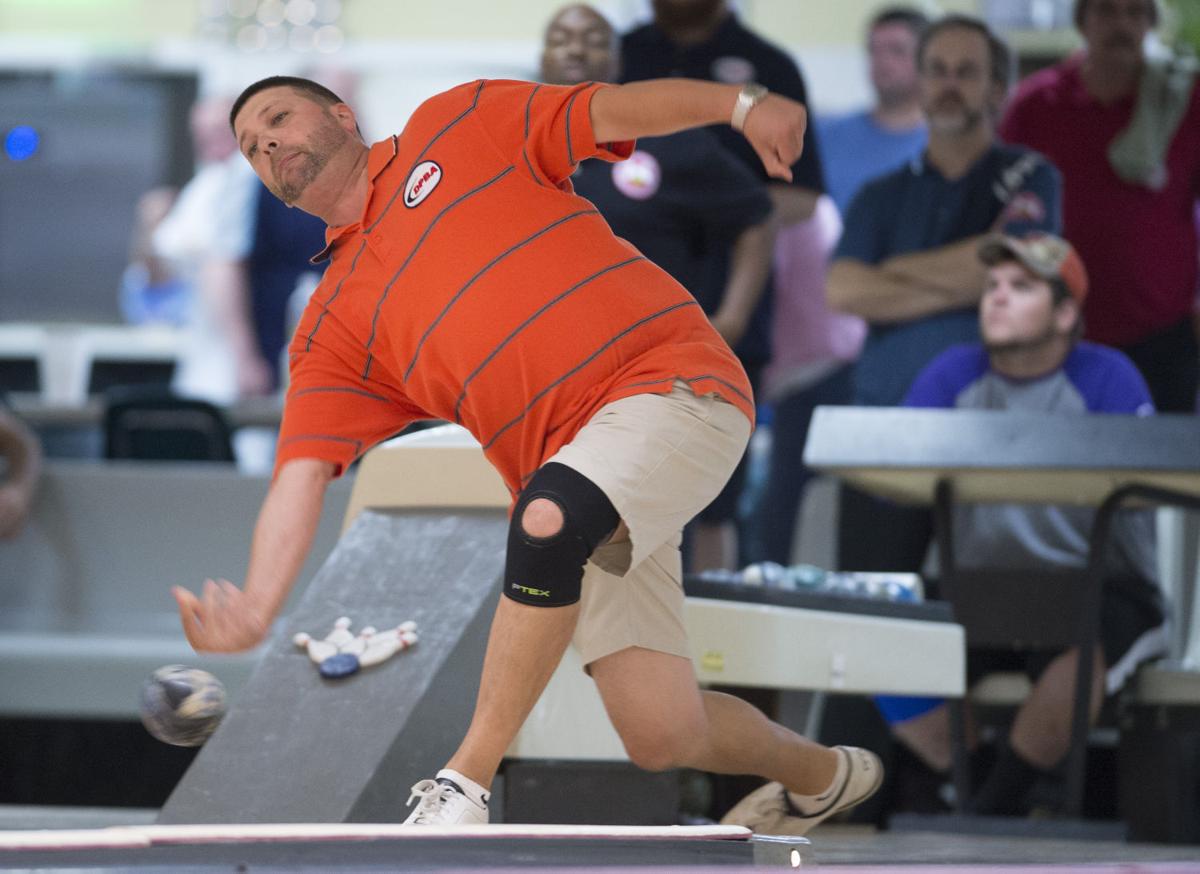 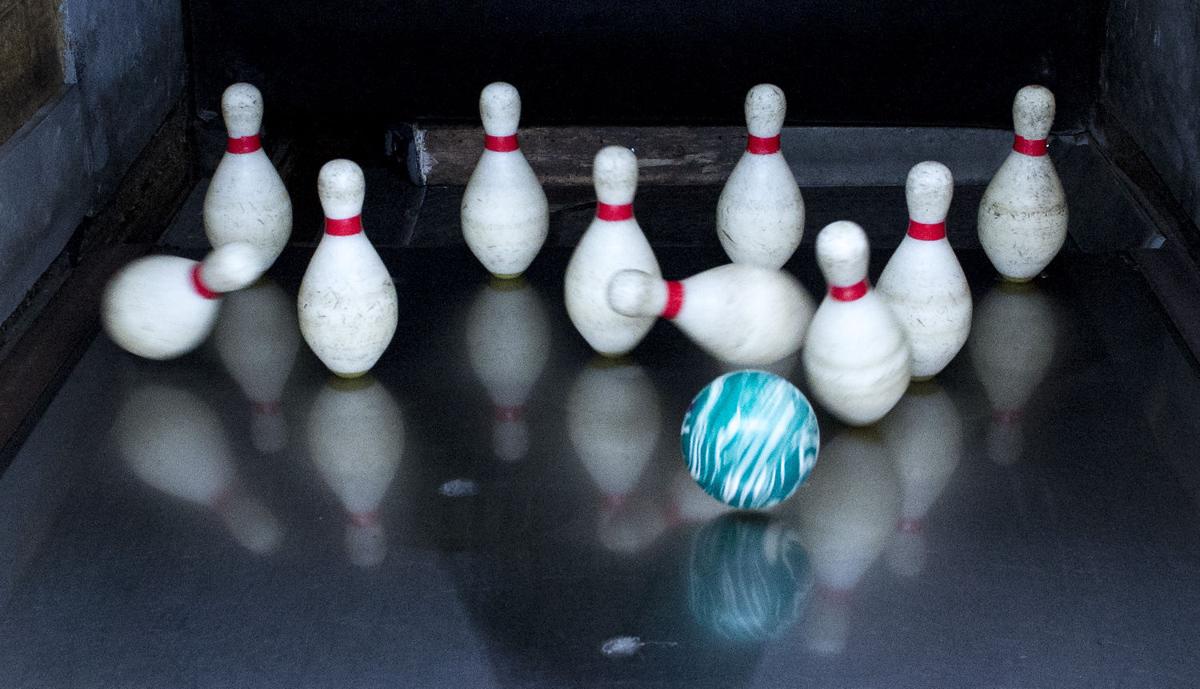 A competitor's ball strikes the pins during a tournament Saturday at   Mt. Airy Bowling Lanes.

A competitor's ball strikes the pins during a tournament Saturday at   Mt. Airy Bowling Lanes.

Behind the lanes, machines slathered in grease — some with original parts from the 1950s — performed like clockwork, methodically setting pins in their upright positions and sweeping away those that were knocked down.

On Thursday, Alyson’s father, Joe Rineer, celebrated 40 years owning the Mount Airy lanes, on the Carroll County side of town. He and his wife own another center in Hampstead, Greenmount Bowling.

Joe, 71, devoted decades to bowling, starting as a young boy in Baltimore County. He is respected among both duckpin bowlers and proprietors, said Alyson, 34. Her job is to market the lanes properly, competing with larger family entertainment centers that have arcade games and laser tag.

Duckpin bowling differs from tenpin bowling in the same way that softball isn’t the same as baseball, Alyson said. The ball is lighter in duckpin bowling. The game is played with different rules. The lanes are oiled differently.

A number of duckpin bowling centers are dotted throughout the region, including one in Walkersville. The root of the sport is unknown, but some believe it originated around 1900 in a Baltimore billiard and pool hall.

Tournament participants, from as far as Canada, have stopped in Connecticut, Rhode Island and other states.

One participant, Jeff Ferrand, 75, of Salisbury, said he has bowled since he was old enough to pick up a ball. He said he should probably quit, but he won’t until he’s not physically able.

“I just love knocking pins down and seeing them fly,” he said.

A total of 95 people participated. They bowl eight games at Mount Airy, and the winner at each of the seven stops wins a cash prize — usually $2,200.

“It’s a labor of love. You don’t do it for the money,” Joe Rineer said.

Joe started bowling in the 1950s. He lived in Baltimore County near the city line.

“Fair Lanes Inc., which started in Baltimore, expanded and they built a bowling center at almost every exit around the beltway, Baltimore, and the Washington beltway,” he said. “It became a big thing. It was competitive. It was fun. It had a little bit of everything.”

A massive bowling center was built in his hometown. Joe’s newspaper route ended at that center. He would ask his customers if he could cut out a coupon for a free game from their papers. He’d go to the center after completing his run and bowl six or eight games every day with his stack of coupons.

Later in life, after he left the U.S. Marine Corps and worked several odd jobs around the state, including managing a small bowling alley in Sykesville, he was offered the chance to buy the Mount Airy 12-lane bowling center in 1976.

Less than two years later, Joe said — swallowing hard and his eyes growing watery — a lightning strike started a fire at the center.

The blaze devastated part of the center, the heat melting and twisting the beams of the building.

The lanes were preserved, though they were ugly, covered in black soot and ceiling tiles. Bowlers who had not known Joe that long helped him clean the lanes. Three days later, they gleamed.

Other than that, the business has been relatively smooth, even through the Great Recession. Bowling centers were “recession-proof,” Joe said, because the game was relatively inexpensive and attracted blue-collar workers and their families during that time.

Alyson has helped out at the center her whole life, and was essentially raised there. Three years ago, she took over as manager.

The dynamics from when duckpin bowling was introduced those decades ago has changed, Alyson said. Mothers are now working and are tired, and can’t bring their children after school or on Saturdays as much. In its hey day, the center housed a daycare of sorts, with pens set up for the babies while others bowled.

“The duckpin industry is still struggling, but I have a hope, and I keep seeing that it’s getting better,” Alyson said. “I’m pushing for it to happen for everyone else, all the duckpin centers out there. I want us to see us stay a family center, a place where people bring their 4-year-olds and their 94-year-olds. We don’t have the space, nor do we have the interest to be an entertainment center. We want it to stay cozy.”

An earlier version of this story misstated Joe Rineer's age.