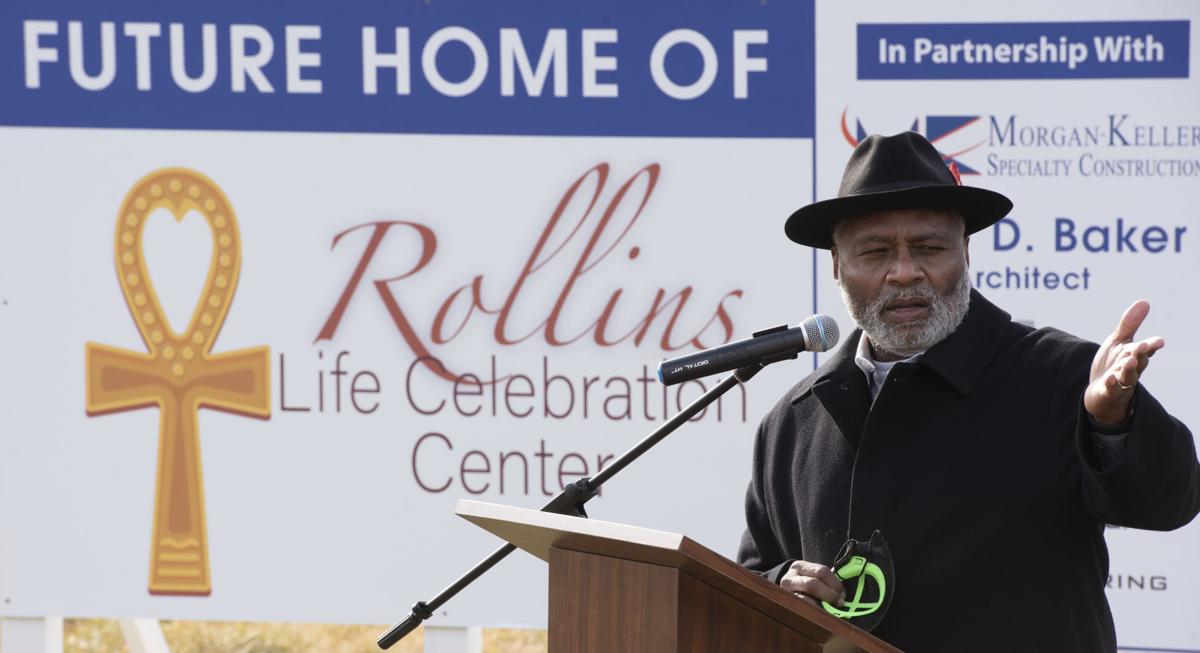 Gary Rollins, owner of Gary L. Rollins Funeral Home, currently located on W. South Street in Frederick, addresses a crowd at a groundbreaking ceremony for the business’s new home at the corner of Catoctin Avenue and Burck Street. 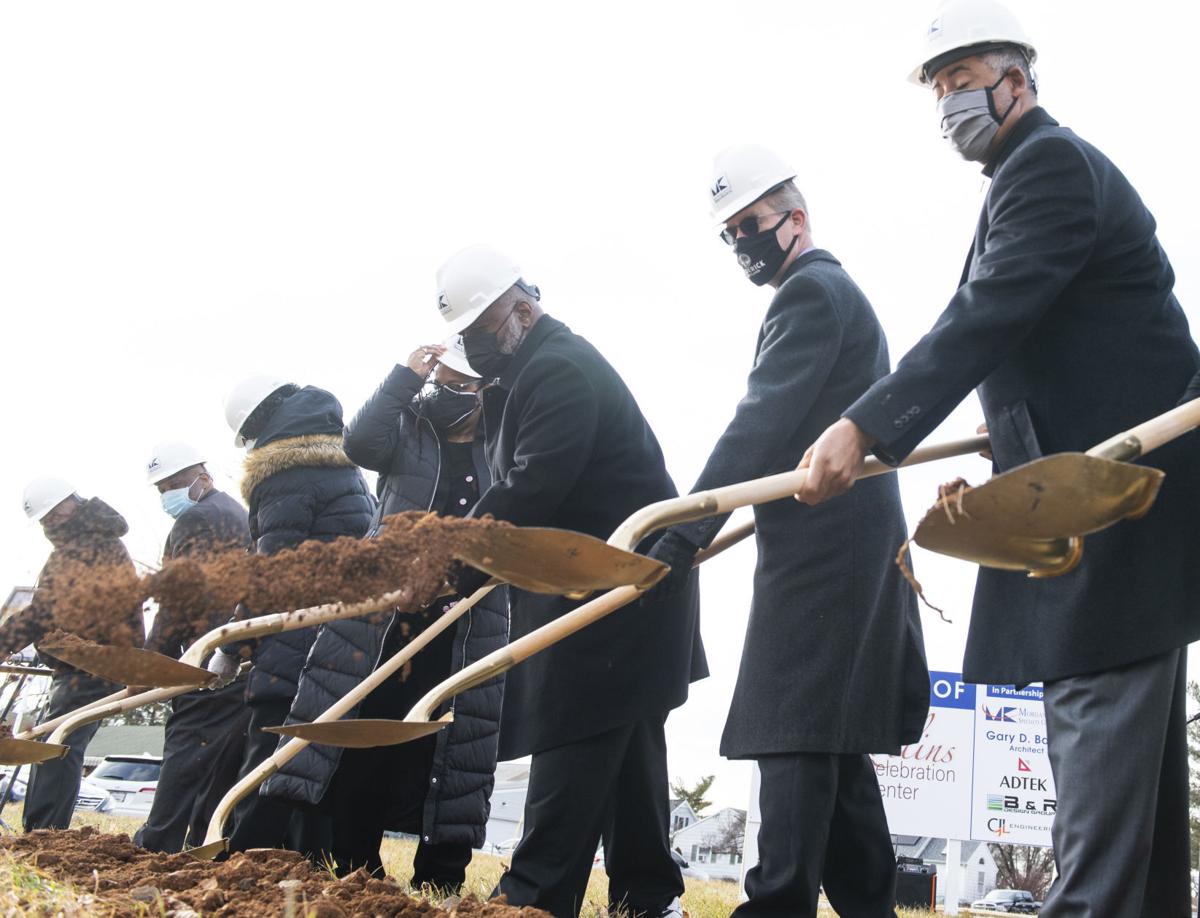 Gary Rollins, center, and his wife Denise Rollins are joined by Frederick Mayor Michael O’Connor, second from right, and Alderman Derek Shackelford, right, as they throw shovels of dirt during a groundbreaking ceremony for the new home of Gary L. Rollins Funeral Home.

Gary Rollins, owner of Gary L. Rollins Funeral Home, currently located on W. South Street in Frederick, addresses a crowd at a groundbreaking ceremony for the business’s new home at the corner of Catoctin Avenue and Burck Street.

Gary Rollins, center, and his wife Denise Rollins are joined by Frederick Mayor Michael O’Connor, second from right, and Alderman Derek Shackelford, right, as they throw shovels of dirt during a groundbreaking ceremony for the new home of Gary L. Rollins Funeral Home.

Reverends said prayers, shovels turned dirt and the first step toward the birth of a funeral home was complete.

As a funeral director and mortician, Rollins’ job is to help people through the toughest time of their lives. He’s done that from the Gary L. Rollins Funeral Home at 110 W. South St., Frederick, since the 90s. He has been licensed close to 40 years and previously worked in Baltimore.

In 2019, Rollins announced his plan to relocate and build a new funeral home at the corner of Catoctin Avenue and Burck Street, less than a mile away. They’ll remain the only Black-owned funeral home in the county, Rollins said.

The Rollins Life Celebration Center will stand at 330 Catoctin Ave. and hopefully open in June or July, Rollins said. His wife Denise will head grief services and coach people through whatever loss they’ve experienced, whether that be loss of a loved one or a job. She holds a master’s degree in the study of grief and death and a doctorate in marriage and family therapy, according to the funeral home’s website.

Anybody can access grief services, Denise Rollins said, regardless of their ability to pay. They receive grants and donations that allow them to offer services to those who can’t afford the cost.

“A lot of people come to us because of grief due to death, but a lot more come because of any kind of loss in their lives,” she said.

A few dozen community members, family and elected officials came out to the groundbreaking ceremony Saturday. Many took photos, congratulated the family and thanked them. There was a sense of closeness and joy among those gathered.

“When you build a funeral home, it’s about bringing the neighborhood together,” said Hari Close, president of the National Funeral Directors and Morticians Association.

“This hallowed ground will be a place for everybody,” Denise Rollins said.

Gary Rollins said the past eight years have been moving toward this day. He wanted to construct a funeral home that would have all of its services on one floor, to make accessing them easier. The large chapel will break down into three rooms, plus another viewing room, and a repast room (dining area) for 50 to 60 people. Parking will also be improved.

The Rollins profusely thanked the community for their support, naming many people who helped them along the way.

“There’s no way we could get here alone,” Denise Rollins said.

“Even though my name’s going to be on the building,” Gary Rollins said, “this is for the community.”

Thank you Mr. Rollins for being part of our community!!

Good luck in the future

I like the ankh. I wonder if their services include canopic jars and mummification.

An ankh is a symbol of life. Your attempt at humor was uncalled for and fell flat.

Do you think life is humorless? How sad.

That’s not what he meant, and you know that.