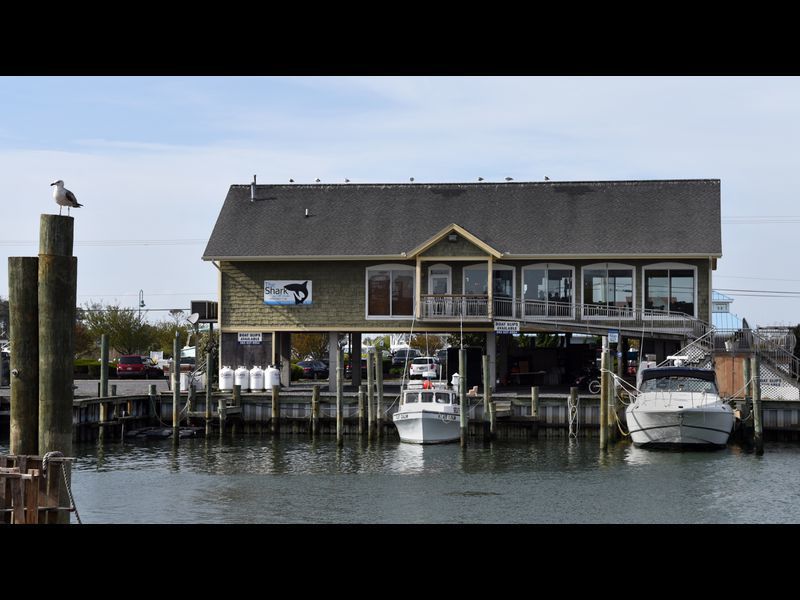 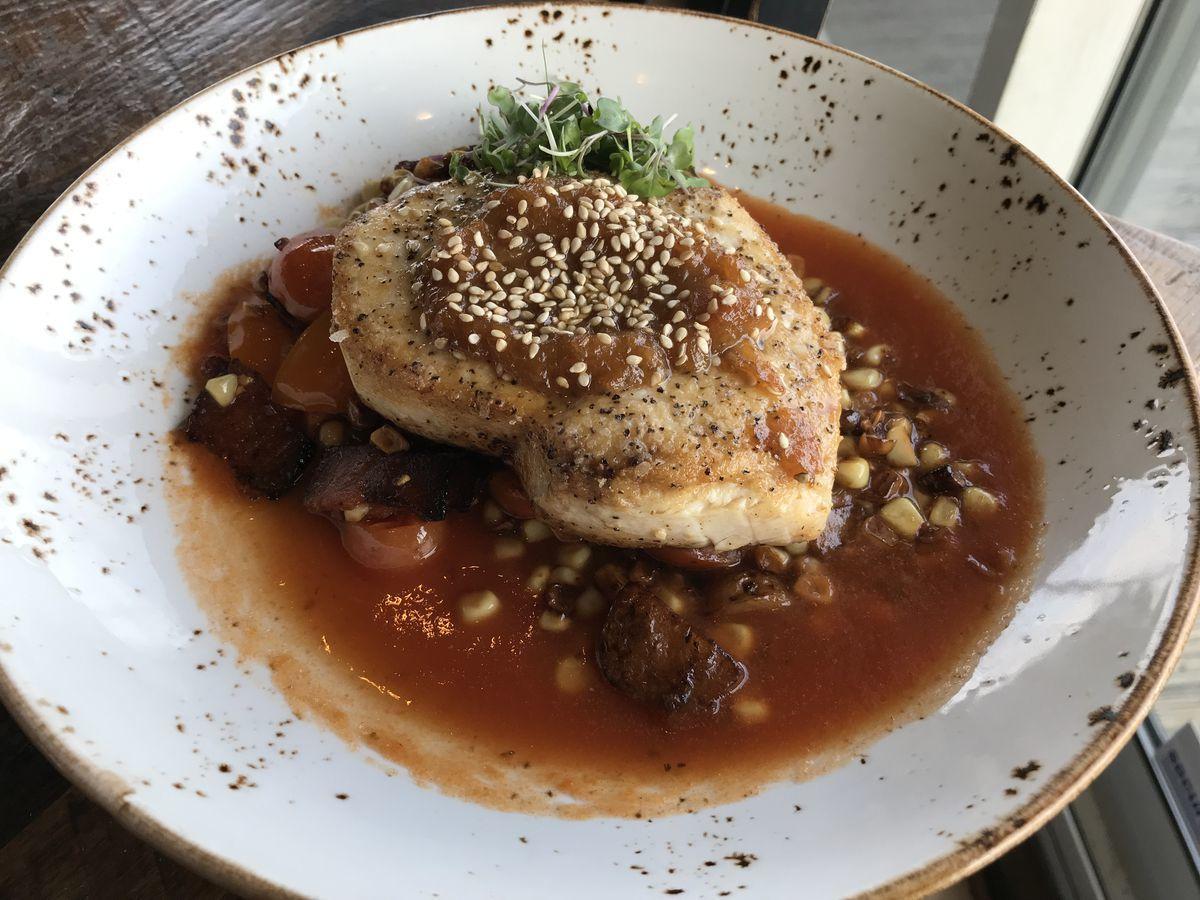 Pan-seared swordfish at Shark on the Harbor.

Pan-seared swordfish at Shark on the Harbor.

Our sojourn south to Ocean City was inspired by a Facebook post. Baltimore chef Chad Wells, after vacationing with his family there this summer, wondered why it is that so few restaurants in Ocean City take advantage of the bountiful fish and produce found on the Eastern Shore.

And so I, while on summer vacation in Delaware, had my excuse for dinner out.

The restaurant is at the far south end of O.C., past the towering seaside high rises and scores of neon signs, along the commercial fisherman’s harbor and adjacent to various marinas that cater to giant sport fishing yachts. The harborside location is essential to the operations. Seafood arrives by boat, coming directly from captains and watermen in an arrangement that a Michelin-starred restaurant would envy.

“We buy as much local seafood and produce as possible,” said chef and owner Travis Wright. He works seven days a week and is constantly on the phone with seafood suppliers and farmers; captains have been known to text him saying they’ve got fresh scallops and lobsters.

The ingredients-first approach makes for food that’s well worth a trip from Delaware. A pan-fried fillet of swordfish — caught just 50 miles from Ocean City — practically brought tears to the eyes, a huge hunk of tender, absurdly fresh meat atop a mix of corn, tomatoes and smoky bacon. My dining companion pronounced it the best seafood she had ever tasted.

Local touches are found throughout the menu. Cheesesteak biscuits are made with Roseda Farm tenderloins from Baltimore County, while stuffed avocados are battered in Natty Boh. The drink menu features a thoughtful and broad selection of wines and local beers, including offerings from Charm City Mead Works, as well as on-trend cocktails made with Belle Isle moonshine. A salted air margarita is capped with frothy, salted foam — a brilliant and delicious innovation inspired by Washington’s Oyamel.

Wright, who grew up in Arlington, Va., and went to college in Charleston, S.C., is heavily influenced by Southern cuisine. Housemade pimento cheese is a recurring theme, accompanying the gratis bread starter and served on various starters like fried green tomatoes topped with crab. Softshell crabs are encrusted in cornflakes, served with spicy corn pone and hoppin’ john.

Desserts are a casual affair — the menu offers sundaes, a peach crisp, cookie with milk and dark chocolate tart, a mess of chocolate, chipotle and bacon.

Service was diligent and professional, with our server putting aside any ingredients that might contain food allergies. The place fills up quickly: crowds of diners ranged from singles at the bar to vacationing families and couples celebrating birthdays and anniversaries. Tin sharks hang from the rafters, a nod to the theme. You’re reminded that it’s a beach place, after all, the kind of place where you wouldn’t feel judged for wearing sandy flip flops.

Now, back to chef Chad Wells’ original question. Why don’t more restaurants do what Shark on the Harbor does? Chef Wright has a thought: “It’s really hard,” he said. “It’s much easier to write a menu [that doesn’t change for six months] than trying to do this on the fly every night. It takes recruiting and retaining really talented staff.”

The attractions go beyond the food. The restaurant, which is on concrete pilings, provides an elevated outpost to watch the comings and goings of boats on the watery highway, among them a floating tiki bar whose maneuverings in the harbor defied physics.

The space was home to a rotating roster of restaurants, most recently Iguana Surf.

“They called it a cursed location,” said Wright. After 10 plus years here, Wright feels confident they’ve broken the curse.

Shark on the Harbor

Noise/TVs: TVs, but conversation is easy

Special diets: Can be accommodated.