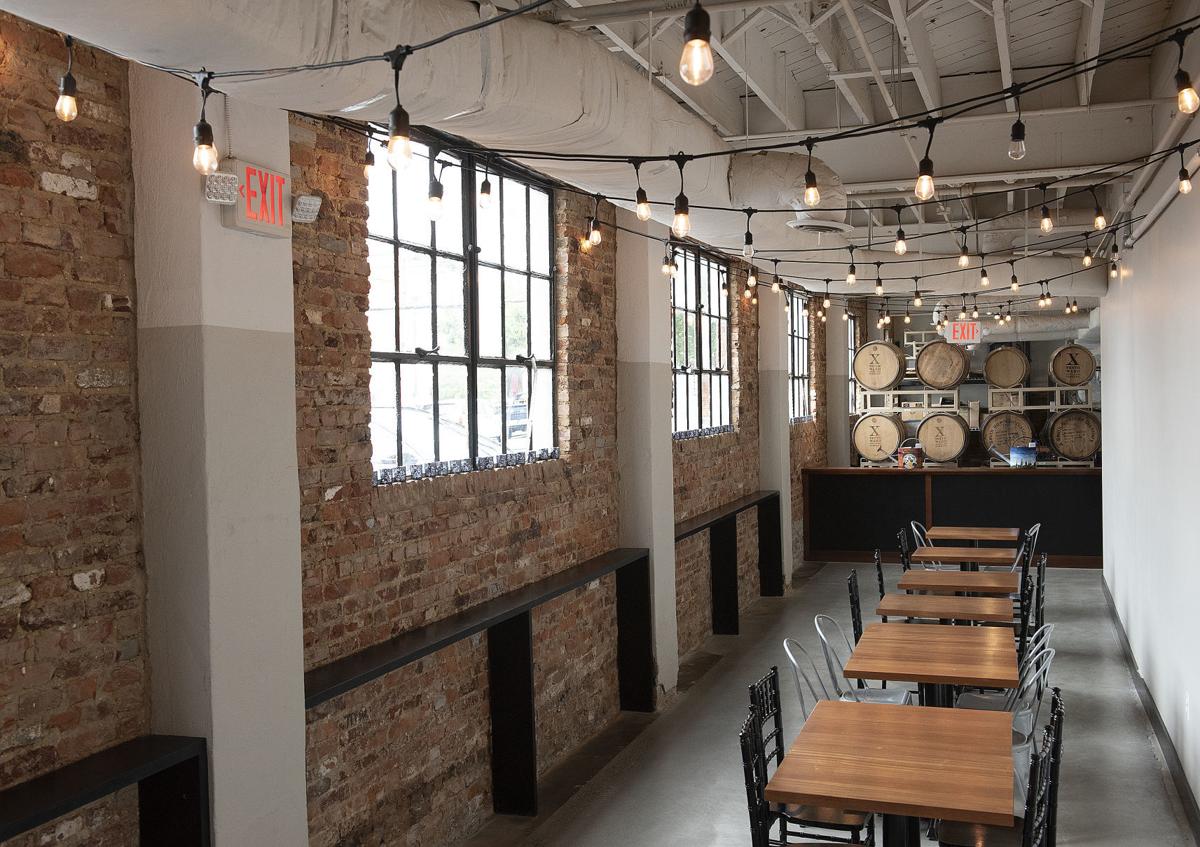 The downstairs interior of the Cocktail Lab in Frederick with exposed original brick after a renovation made possible by a grant. 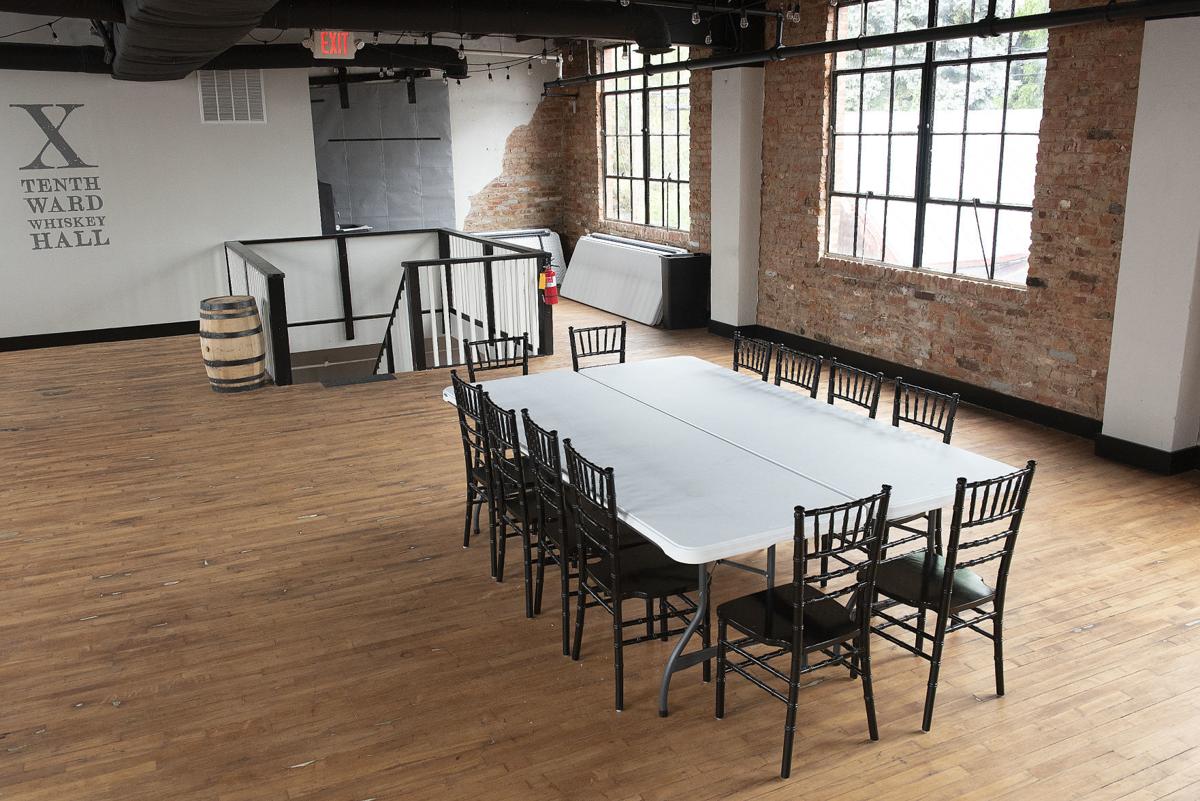 The upstairs of the Cocktail Lab in Frederick with exposed original brick and floors after a renovation made possible by a grant.

The downstairs interior of the Cocktail Lab in Frederick with exposed original brick after a renovation made possible by a grant.

The upstairs of the Cocktail Lab in Frederick with exposed original brick and floors after a renovation made possible by a grant.

Mission: Interior helps downtown businesses make renovations and repairs in their establishment “that will make the downtown retail business community more successful overall,” according to a news release from the Downtown Frederick Partnership.

The grant program is funded by Maryland’s Community Legacy Program through a grant secured by the City of Frederick, according to Leeann Dickerson, marketing and promotion manager for the partnership.

The program offers up to $5,000 in matching grant funds for interior improvements. Ten downtown businesses applied for the spring 2019 grant round, requesting about $35,000 in grant funds.

The partnership awarded $17,500 in grant funds to the four businesses, providing a total match of more than $123,000. The applicants invested more than a 50 percent cash match into their project, according to the news release.

Freesia and Vine Flowers and Tenth Ward Distilling both received their grants in June. Natural Fusion Hair Studio and Olde Mother Brewing are still in progress as grant funds are issued on a reimbursement basis once the project is completed.

Natural Fusion Hair Studio will be repairing and updating their hair studio, which is part of a larger renovation of the historic building that the business sits in. Projects include repairs to the historic windows, installation of a ductless HVAC, wall repair, painting, updated electrical, new lighting fixtures and new station counters, according to a news release.

Olde Mother Brewing will be constructing two ADA-compliant restrooms in the rear space of the building, which will allow them to function as a new live entertainment venue.

The grant went towards preserving the historic assets of the building which included exposing the brick and preserving the original hardwood floors. It also went toward building out the bar and electrical and plumbing work, according to Monica Pearce, owner of Tenth Ward Distilling.

“Things cost lots of money all the time,” she said. “That’s the biggest challenge of running a small business.”

She was excited and relieved when she found out that she would be receiving the grant.

“All of those renovations went towards making it useable and accessible for what we were doing there,” she said. “It still has that historic look but has our unconventional twist to it.”

So businesses need socialist handouts to make "renovations and repairs" now? Why don't they do it themselves? Isn't socialist subsidized low-interest loans and socialist tax deductions for the expenses and socialist accelerated depreciation for the added value enough socialism? Now they need it totally free? Their customers have to foot 100% of the bill for "renovations and repairs" to their homes. They don't get any socialism for that. Why should they foot the bill for the lousy lazy business owner's renovations and repairs to their businesses too? Make these lazy handout-loving bums repay all the money. If they're going to get a handout, then there first needs to be an audit of their financial records and the owners records to see if they really need it to survive. If not, no handout.

"Now they need it totally free? Their customers have to foot 100% of the bill for "renovations and repairs" to their homes." Two problem with this statement. 1) The partnership provided matching funds so the business had to match what the partnership provided. This is not to pay for repairs or renovations but to spur growth and successful businesses. 2) "People pay for 100% of their own repairs or renovations." No, not really in all cases. Must people have insurance so if a major unforeseen repair is needed then many times that is covered in whole or part. FEMA also has provided a lot of funds directly or indirectly to many Frederick County homeowners to repair their roofs due to the storm damage. Public investment is no where near socialism. Not even close.

Our tax dollars should not be used to provide cosmetic updates for private businesses, especially alcohol related enterprises. My 1962 tract house needs windows that don't leak and a new roof but I don't have the money to replace them. Since you are so willing to provide the money to those private enterprise, for profit, businesses, perhaps you would like to pay half of the cost for replacing much-needed updates on my home. Instead of the state or feds providing money to those businesses, they should distribute it to homeowners, especially us seniors, who could use a helping hand.

"Our taxes" How slow minded of you. Businesses pay a significant portion of the taxes collected each year AND they employ lots of people who pay taxes. "Your taxes" are peanuts.

3. Spend a day on the river in Frederick