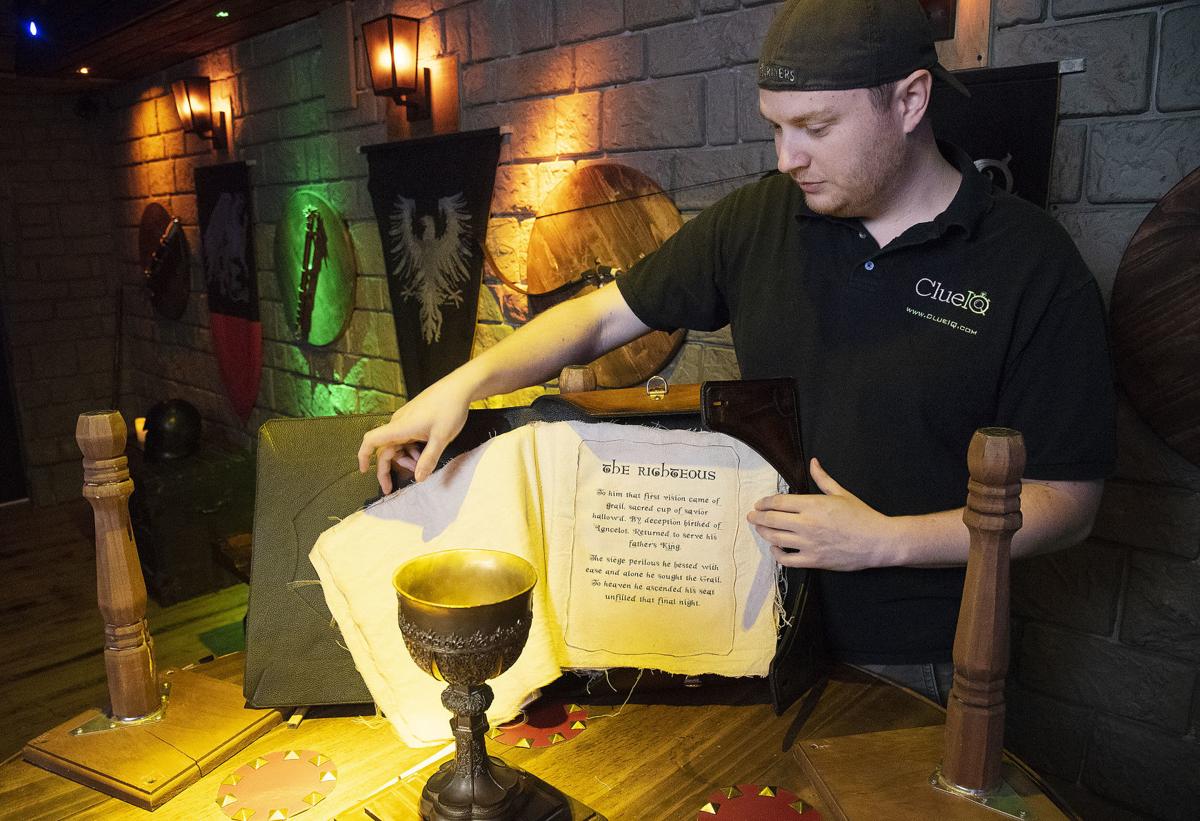 Staff photo by Dan Gross Steven Winder of Clue IQ inside of one of the escape rooms that is called “Excalibur”. 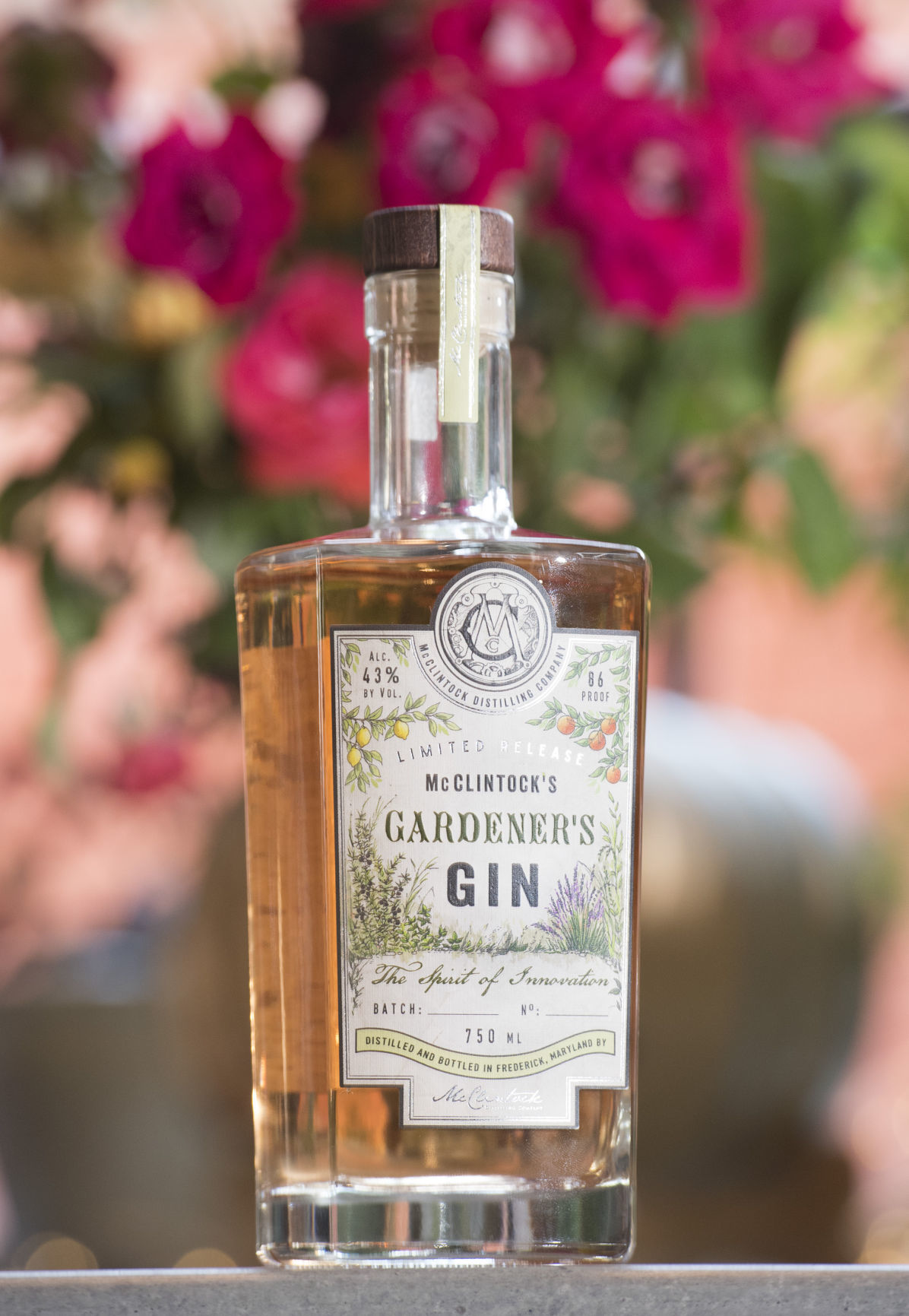 Staff photo by Graham Cullen McClintock’s Gardener’s Gin, which will be released Saturday at the distillery, located along Carroll Creek in Frederick. 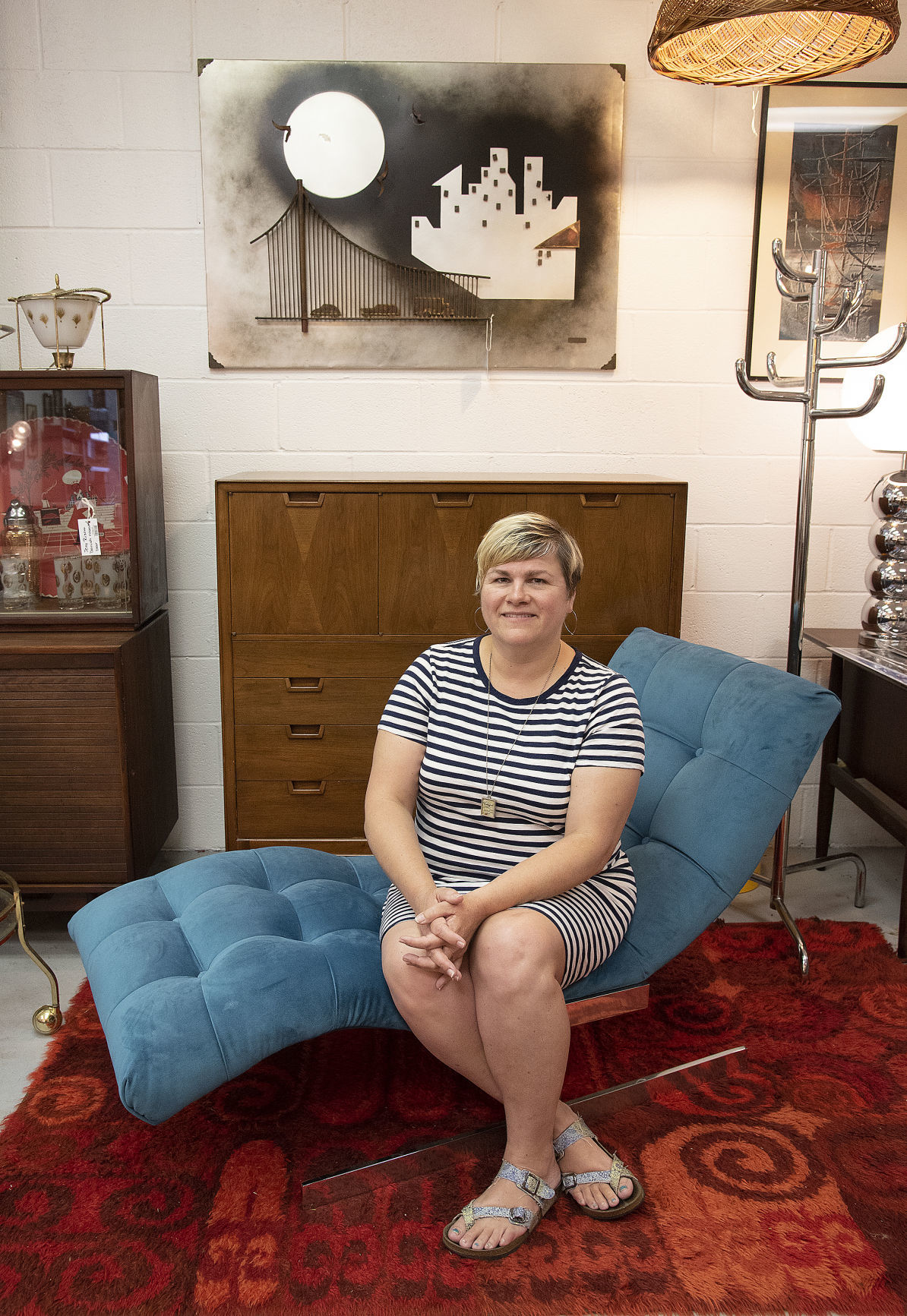 Staff photo by Dan Gross Steven Winder of Clue IQ inside of one of the escape rooms that is called “Excalibur”.

Staff photo by Graham Cullen McClintock’s Gardener’s Gin, which will be released Saturday at the distillery, located along Carroll Creek in Frederick.

Carroll Street has come a long way since its industrial roots in the early 1900s, when the neighborhood was covered in train tracks and warehouses. In the past three years, more than half a dozen new businesses have opened up on the stretch between Carroll Creek and South Street. There’s McClintock Distilling, an organic spirits company. There’s Clue IQ, an escape room. There’s Fred & Co. 1745, a local clothing brand. Even in the past few months, the street welcomed Pedego, a franchised store that sells and rents electric bicycles.

It’s a big change — even compared with 15 years ago, when the neighborhood only had a few key retail spots, said Kara Norman, the executive director of the Downtown Frederick Partnership. Sure, Cannon Hill Place Antiques has been there for decades and there’s always been some type of furniture store where Tuscany Designs now stands. But beyond a handful of businesses, the street was mainly populated by vacant spaces.

“The big difference is that there’s more now beyond those couple retail anchors,” Norman said. “And the businesses are unique. So, it’s increasing the vibrancy of downtown Frederick, in a way.”

For Steven Winder and Mindy Cawley, the real challenge is getting people to add Carroll Street to their perception of downtown Frederick. “People walk down Patrick and walk up Market and they don’t necessarily know we’re here,” said Cawley, who owns a mid-century modern furniture store called Vintage MC Frederick. Winder faces some of the same problems, even though the two neighbors share a relatively large parking lot — a rarity in downtown Frederick.

Their solution is the Carroll Street Crawl, a nearly full-day block party planned for Saturday. The goal is to attract new foot traffic with help from businesses along the street, with events and prizes for visitors willing to traverse the neighborhood. The Downtown Frederick Partnership helped orchestrate the planning meetings, which dovetailed nicely with its five-year strategic plan. One of the stated goals is “live downtown,” Norman said — something that becomes more palatable as local businesses fill vacant corridors.

“It’s more effective if we’re recruiting new businesses into the space,” she said. Both the Partnership and local vendors have bigger dreams for Carroll Street. After all, it’s the main entry for the proposed downtown hotel at Carroll Creek. Two more vacant buildings, including the old train depot in front of the East All Saints Street Parking Garage, have been sold to developers within the past two years. Given the growth of Frederick as a whole, it seems unlikely that development along Carroll Street will slow.

“It’s all growing,” Winder said. “The new breweries along the creek, the possibility for the hotel — more stuff is going to flow to this side of downtown. So, I think our future is good here, and it’s only going to get better.”

1.) The event kicks off at noon in the parking lot outside Clue IQ and Vintage MC. The space will be set up with tables and chairs, plus family games like a giant Jenga set. The Frederick Rock School will perform from 2 p.m. to 4 p.m. Sweet Farm, a local food truck, will be selling bratwurst and sauerkraut from noon to 3 p.m. You can also expect Wanderly Wagon, a new vendor selling shaved ice and frozen treats, and Jerry Breen, a caricature artist from Baltimore. The portraits are free, but Cawley and Winder are accepting donations for the Frederick Rock School’s scholarship fund.

The parking lot will also be the starting point for the Carroll Crawl Photo Safari. Post photos of yourself at the block party with the hashtag #walkcarrollst, tag a friend, and get entered into a raffle for a basket filled with freebies and gift certificates for area businesses.

2.) Clue IQ is hosting a virtual reality demonstration outside its storefront at 103 S. Carroll St. Visitors can strap on a Vive headset to experience riding up an elevator and walking out onto a plank at the top of a skyscraper. Winder also plans to debut a new outdoor puzzle/scavenger hunt that sends participants across downtown Frederick in search of clues.

3.) Stop for a vintage tag sale from noon to 6 p.m. in the alley between Vintage MC and Cannon Hill Place Antiques. Both stores are putting out older stock and fixer-upper pieces for dramatically lower prices.

4.) Visit McClintock Distilling from noon to 8 p.m. for the release of the company’s new Gardener’s Gin. The summer spirit is distilled with a whole new blend of botanicals including lavender, cucumber, and mint, plus peels from three different types of citrus. The gin also has a pink tint from time spent in used Madeira wine bottles. Pick up a bottle or try a cocktail made with Sweet Farm ginger beer.

5.) The Delaplaine Arts Center will be open during the crawl and plans to host drop-in art activities. Visitors can grab an empty easel and a set of paints to craft their own unique drawing.

7.) Cannon Hill Place Antiques is hosting its own scavenger hunt, which sends visitors through the emporium in search of different pieces. Completing the scavenger hunt will get you entered into a raffle for a painting by local artist Ed Ramsburg.

8.) Pedego Electric Bikes is offering test rides and yet another raffle at 125 S. Carroll St. The prize, of course, is a free electric bike rental.

9.) Drop by Fred & Co. 1745 next door for a screenprinting demonstration. Owners Chaz Stitely and AJ Naylor are bringing out their hand screen printer to churn out Carroll Street tee-shirts on demand. You can bring your own shirt or purchase one for around $30 to watch the process from start to finish.

Escape rooms are fun BUT i have a feeling they are like the cupcake fad. They will come and go.