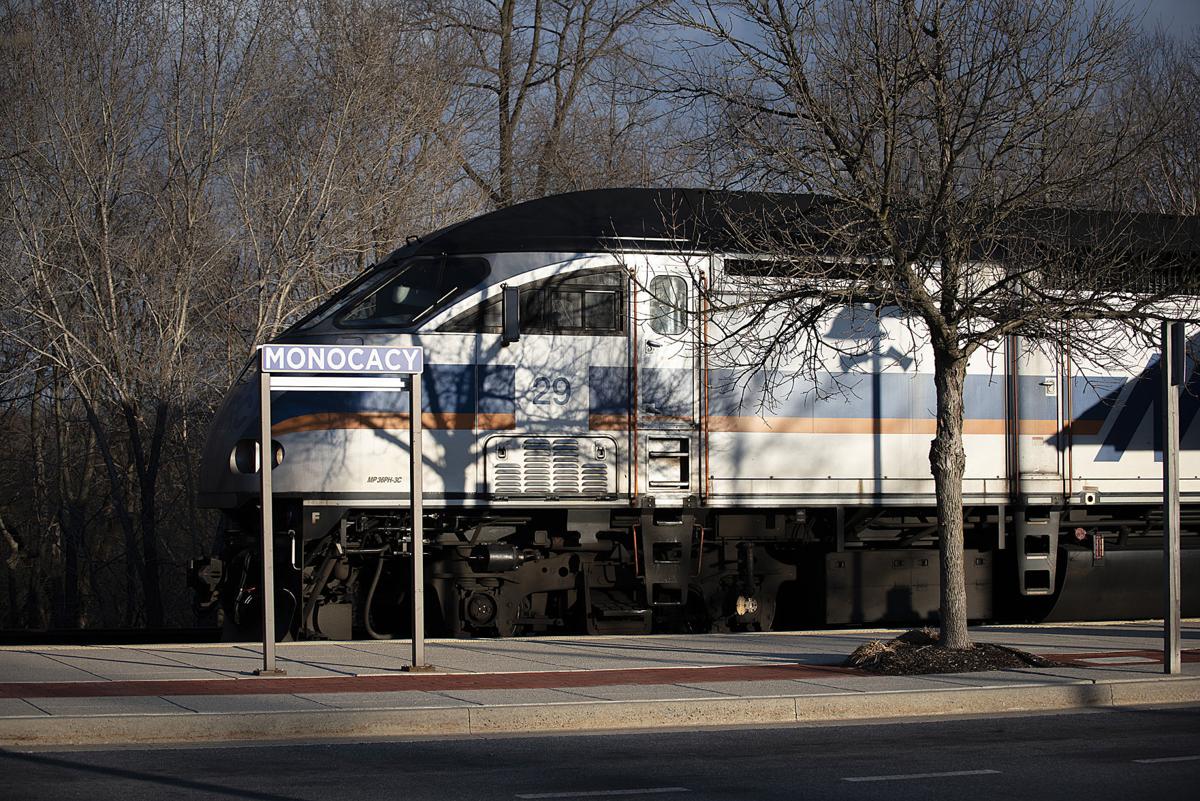 A MARC train leaves the Monocacy station headed for the downtown Station. Frederick County has drafted a letter outlining the county's priorities for road projects, transit, bike and pedestrian paths, and other transportation needs includes plans to ask the state to designate the Monocacy MARC station on Genstar Drive as a Transit-Oriented Development site. 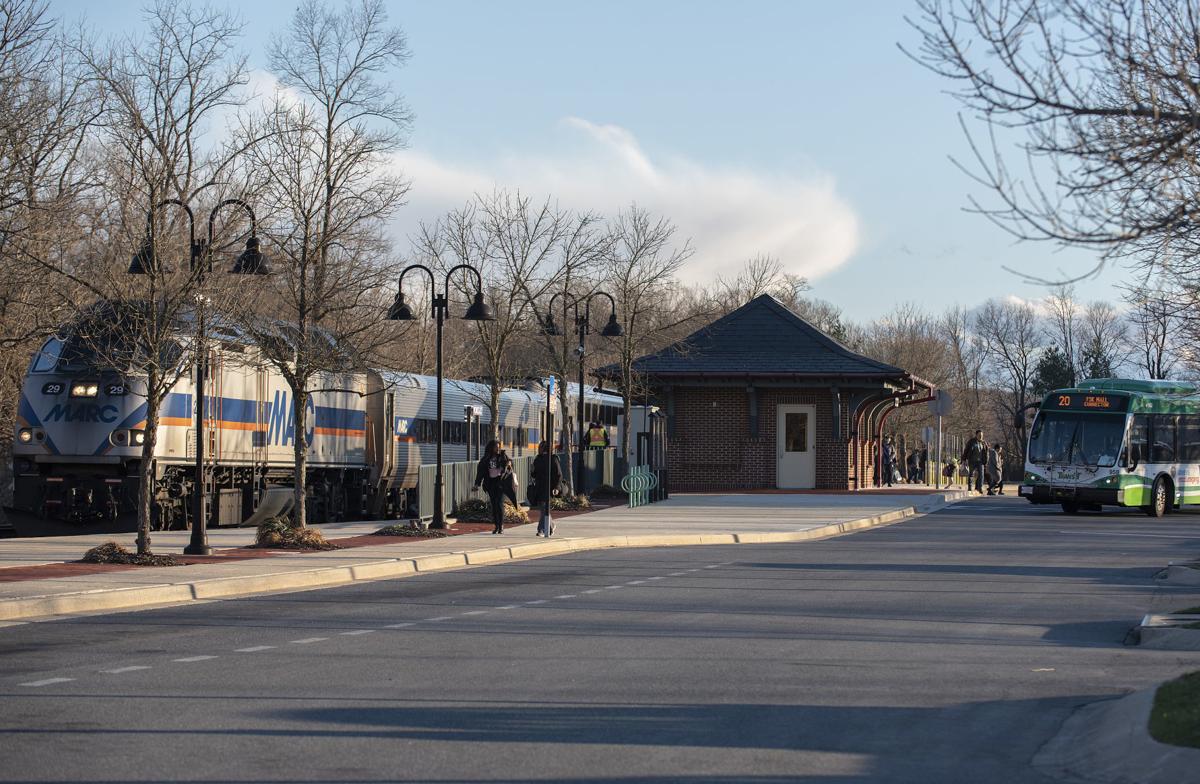 Frederick County has drafted a letter outlining the county’s priorities for road projects, transit, bike and pedestrian paths, and other transportation needs. The county plans to ask the state to designate the Monocacy MARC station on Genstar Drive as a Transit-Oriented Development site.

A MARC train leaves the Monocacy station headed for the downtown Station. Frederick County has drafted a letter outlining the county's priorities for road projects, transit, bike and pedestrian paths, and other transportation needs includes plans to ask the state to designate the Monocacy MARC station on Genstar Drive as a Transit-Oriented Development site.

Frederick County has drafted a letter outlining the county’s priorities for road projects, transit, bike and pedestrian paths, and other transportation needs. The county plans to ask the state to designate the Monocacy MARC station on Genstar Drive as a Transit-Oriented Development site.

As transportation advocates and resident groups debate the merits of plans to increase capacity on Interstate 270 and other ways to reduce traffic congestion in Frederick County, initial planning may begin soon for a potential project that could help more county residents get to jobs without using a car.

Frederick County’s letter to the Maryland Department of Transportation outlining the county’s priorities for road projects, transit, bike and pedestrian paths, and other transportation needs includes plans to ask the state to designate the Monocacy MARC station on Genstar Drive as a Transit-Oriented Development site.

While county officials emphasize that the plan would only be the start of a long process, it could be a step toward trying to get some county residents out of their cars and reducing traffic in the county.

Loosely defined, TOD development is the clustering of residential, commercial, office, and other types of development around transportation hubs such as MARC stations or bus terminals, with the highest-density development closest to the transportation.

In 2008, the state adopted a statute that defined the idea as “a dense, mixed-use deliberately planned development within a half-mile of transit stations that is designed to increase transit ridership.”

The TOD concept should be familiar to riders of Metro’s Red Line.

For decades, Montgomery County has followed a policy of locating its most dense development adjacent to Metro stations such as Rockville, Twinbrook, Bethesda and Silver Spring.

A Monocacy project wouldn’t be on the scale of those areas, said Ron Burns, transportation engineering manager in the county’s Department of Development Review.

Frederick County is so different from Montgomery in what’s needed to make transit-oriented development work, he said. But if you’re going to have mixed-use development, it makes sense to put it around transit.

The county has no illusions about the level of development that could take place around the Monocacy station, said John Dimitriou, a principal planner with the county’s Department of Planning.

But they’re hoping to look at redevelopment that introduces residential uses to the area, mostly tied to the MARC station that would allow residents to commute to their jobs by train rather than driving and ease traffic on Interstate 270 and other major roads.

The Md. 355/Md. 85 corridor is likely to be one of the first in the county to be looked at after the adoption of the county’s Livable Frederick master plan.

The county thinks the corridor has lots of potential, Dimitriou said, with a lot of infrastructure already in place, as well as open space for development.

More than any other place in the county, the corridor and the Monocacy site have the potential to create a community with a more urban, walkable feel, he said.

How dense such development would be will require talking to the development community to see what it thinks would work in the area.

The Maryland Transit Administration, which operates the MARC system, has expressed support for the idea, Dimitriou said.

Successful transit-oriented development requires an intentional planning process that emphasizes bringing in businesses, putting housing nearby, and increasing the reliability of transit, said Leiha Edmonds, of the Urban Institute.

You also need elements that make a community hub work, providing “the little pieces that make it work,” such as child care centers and libraries, she said.

While walkable communities are sometimes associated with younger populations looking for a more urban experience, the TOD concept can also be used to help older residents age in place, Edmonds said.

Having shopping, doctor’s offices, and other services within walking distance can help older residents get around without having a car.

While people may associate it with densely developed urban areas such as Bethesda or Silver Spring, TOD is really just “good old-fashioned town planning” using principles that can work anywhere from small towns to Manhattan, said Andy Kunz, president of the Transit Oriented Development Institute in Washington, D.C.

“You can create these places literally at any scale,” he said.

The TOD concept works by both clustering residential and commercial development such as grocery stores, dentist offices, and laundromats close together so that people can walk to get what they need, and by building around transit so that people can take the train to their jobs or on longer trips, he said.

Eliminating those cars is essential to the transit-oriented development idea of walkable communities.

If there’s parking available inside the community, people will inherently drive, Kunz said.

“You’re just inviting them in,” he said.

Nobody wants to mass develop around a remote rural train station.

Before one comments about how Montgomery County places development around development, you might want to check the history of the Shady Grove line. Having lived on Clopper Road until 1987, we were well aware of the sea of survey flags back in 1984 that was to become Germantown. Yet the Red Line was stopped at Shady Grove, both short of Gaithersburg by a few miles and with no decent road to get to it. Germantown was built, 270 became a parking lot and a very expensive 370 was built to connect 270 and the Metro Station.

I can see housing now around the Train station behind Target, especially when Genstar quarry dynamites

doesn't do much good when you have to share the tracks with commercial traffic. Unless you have a dedicated passenger track it is just like have a road that is wide enough for 1 car - someone has to pull over. Since no one is talking about building additional rail lines then seems the only solution is to bring metro to Frederick