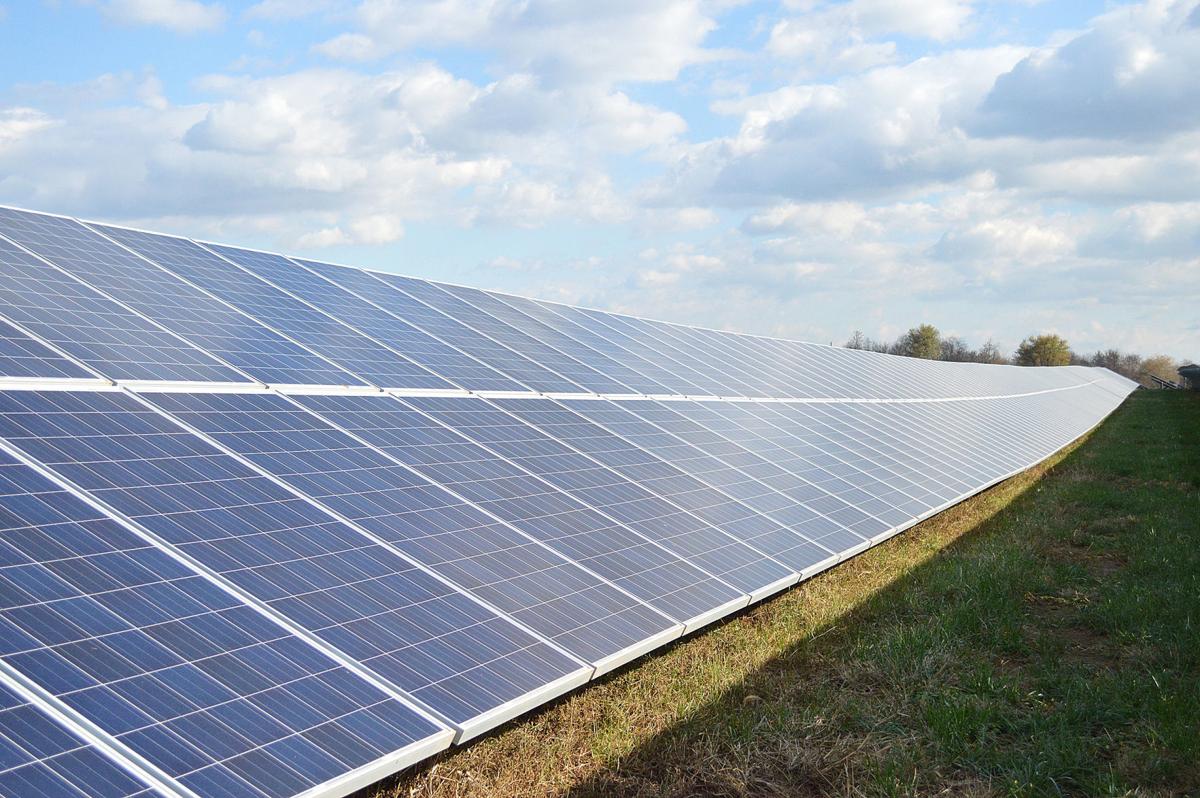 Rows of solar panels cover a 60-acre farm near Creagerstown at the OneEnergy Baker Point solar array. A similar array will be built on 20 acres in Williamsport, Md., that will provide nearly 2,000 kilowatts of community solar power. 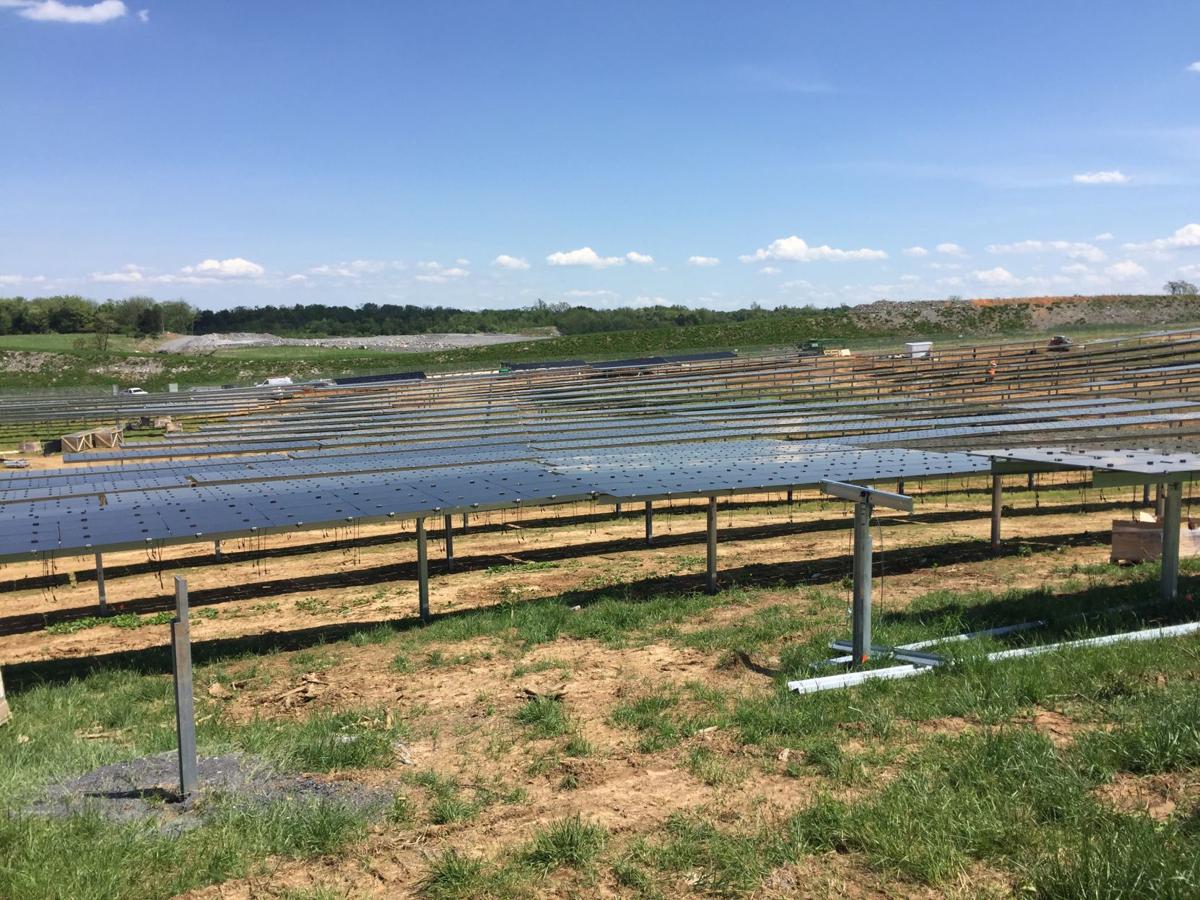 The 2,000-kilowatt Rockdale Solar array under construction in Williamsport.

Rows of solar panels cover a 60-acre farm near Creagerstown at the OneEnergy Baker Point solar array. A similar array will be built on 20 acres in Williamsport, Md., that will provide nearly 2,000 kilowatts of community solar power.

The 2,000-kilowatt Rockdale Solar array under construction in Williamsport.

One of the first community solar projects to be built in western Maryland is under new management and offering shorter, more flexible contracts.

Common Energy, a New York-based renewable energy company, has taken over subscription services for a 2,000-kilowatt solar array under construction in Washington County. Electric customers in Potomac Edison’s Maryland service territory — including Frederick County — are eligible to offset their residential energy use with solar power.

“One thing that has changed fundamentally on this project is the customer offerings,” said Richard Keiser, CEO and founder of Common Energy.

The project is offering a 10 percent discount to residential electric rates as one-year subscriptions with the option to renew annually or cancel without cost. The length of the contract and ability to drop the service is the major difference between Common Energy and the previous management company Neighborhood Sun, which was offering only 20-year contracts.

Customers who rent or may sell their homes will have greater flexibility to sign up and earn credits to reduce their energy costs. The project is sized to accommodate 350 residential customers with an estimated savings of $10 to $20 per month, Keiser said.

The project — known as Rockdale Solar — is part of Maryland’s Community Solar Pilot Program, which allows residents to purchase a portion of their electricity from solar arrays built off their property and credit the power to their home in order to offset their monthly electric bill.

Maryland has pursued community solar because it makes solar energy available to people who cannot afford or cannot physically install panels on their homes. There are multiple reasons why that may be, including renting a property rather than owning it, shading on roofs or structural problems with the roof.

The General Assembly and Gov. Larry Hogan (R) approved the pilot in 2015 and turned the program over to the Maryland Public Service Commission to establish rules. Earlier this month, Hogan signed a bill to extend the pilot to 2022.

Rockdale Solar is under construction on 20 acres in Williamsport west of Hagerstown, by the developer Conductive Power.

Common Energy is a relatively young company — operating for a year and a half — but it has already connected customers to approximately 20 community solar projects. The majority of the projects are based in New York, but Common Energy has a pipeline of projects in states in the Northeast and Mid-Atlantic where community solar programs are established, Keiser said.

The company has an A-minus ranking from the Better Business Bureau, which means it earned between 90 and 93.99 points on the nonprofit’s 100-point scale. Length of time in business is worth up to 10 points, and newer companies can be docked in this category.

Potomac Edison does not provide rebates directly to customers who sign up to be a community solar subscriber, he said.

“Customers may subscribe to a percentage of the electricity produced by the solar generator, which will be used to offset a portion of their monthly electricity usage,” Ruegg said.

Common Energy will invoice subscribers directly and show the original amount due to Potomac Edison, the savings through Common Energy, the lower amount due and the environmental impact, Keiser said.

Each subscriber will prevent approximately 15,000 pounds of carbon emissions per year, which in aggregate is 5.3 million pounds of carbon emissions annually, according to Common Energy. That would be equal to the carbon dioxide savings of not burning 48 rail cars’ worth of coal, according to the U.S. Environmental Protection Agency’s online greenhouse gas equivalency calculator.

The benefit of community solar is that it disaggregates the purchase and installation of renewable technology and consumer adoption, Keiser said. People no longer have to own a home, make improvements to their home or have access to credit to purchase the technology in order to access solar energy.

With the cost of solar energy also falling and states adopting mandates for utilities to include solar energy, it is an advantageous time to construct these projects, he said.

“I believe this is a global-scale, world-scale, problem, and the cost of clean energy has fallen,” Keiser said.

A new wave of solar energy is coming onto the Maryland electrical grid, and Potomac Edison customers can now be part of it.