You are the owner of this article.
Edit Article Add New Article
You have permission to edit this article.
Edit
Home
News
Opinion
Sports
Topics
Calendar & events
Classifieds & local
Features
Best of the Best 2020
1 of 5 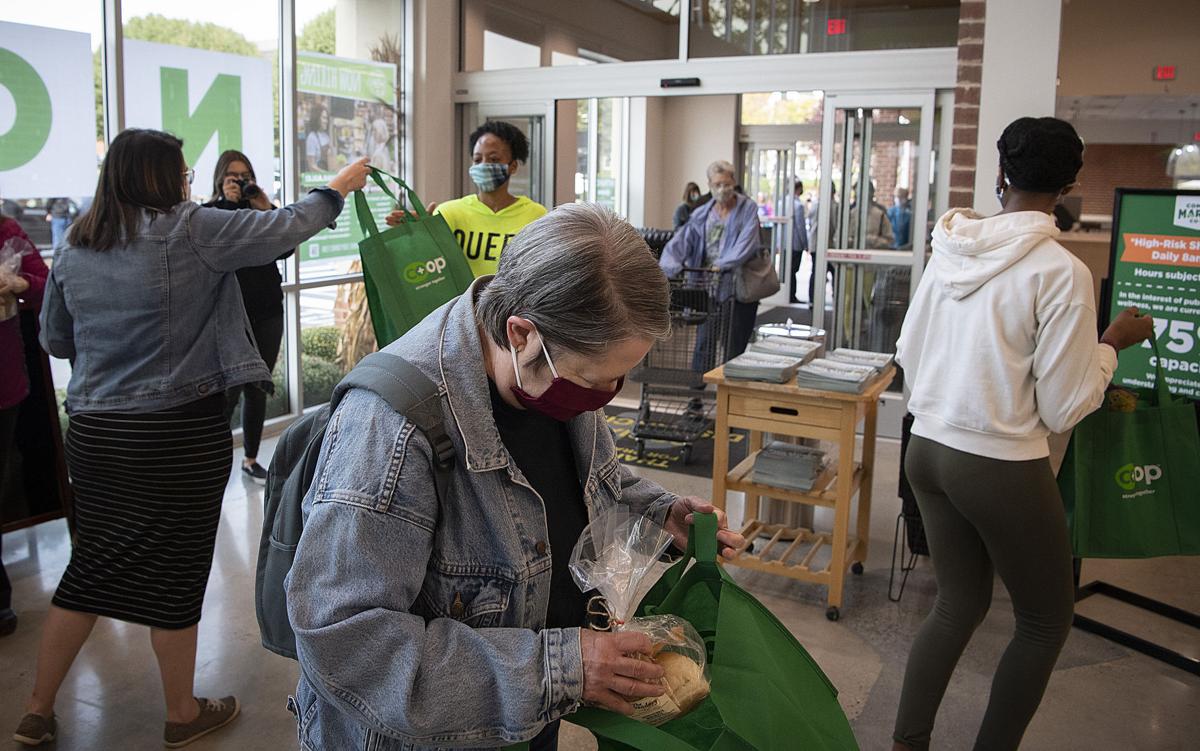 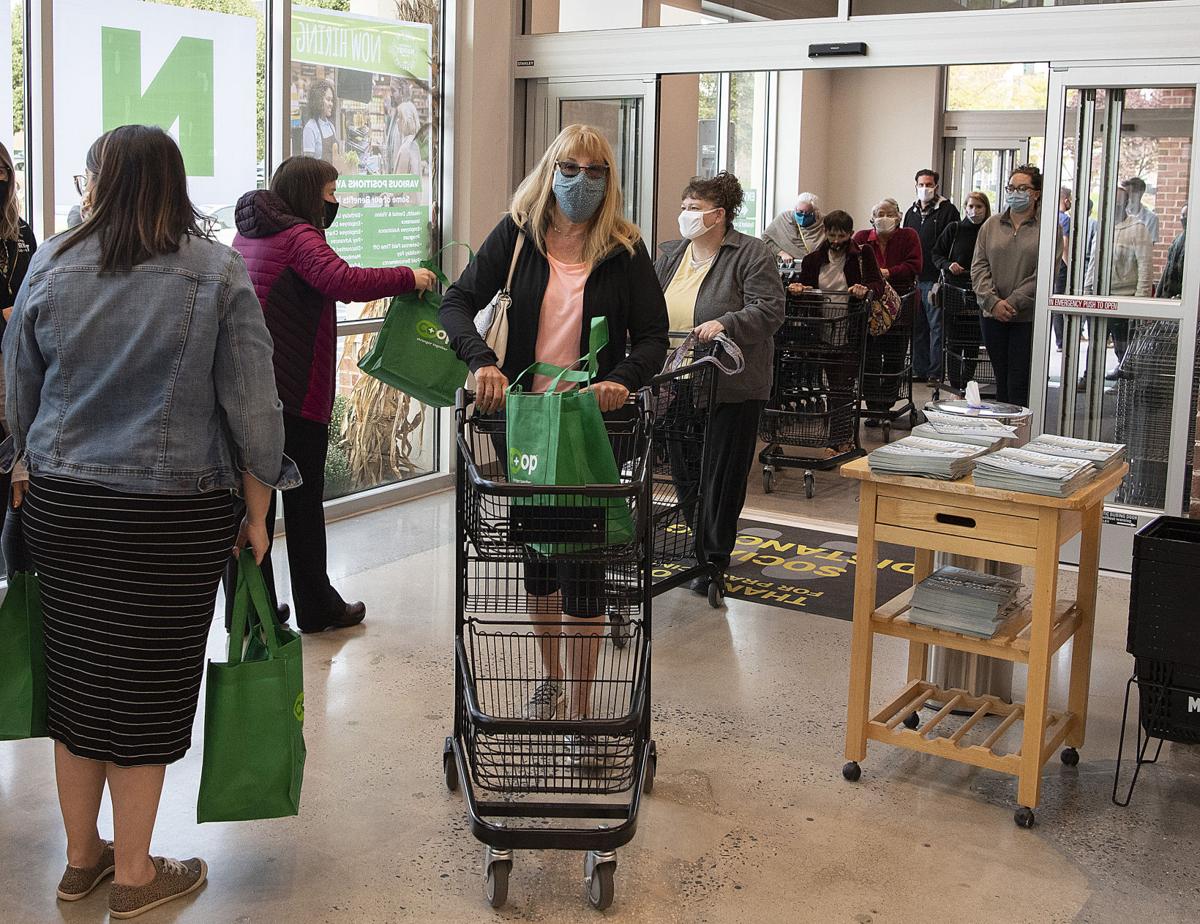 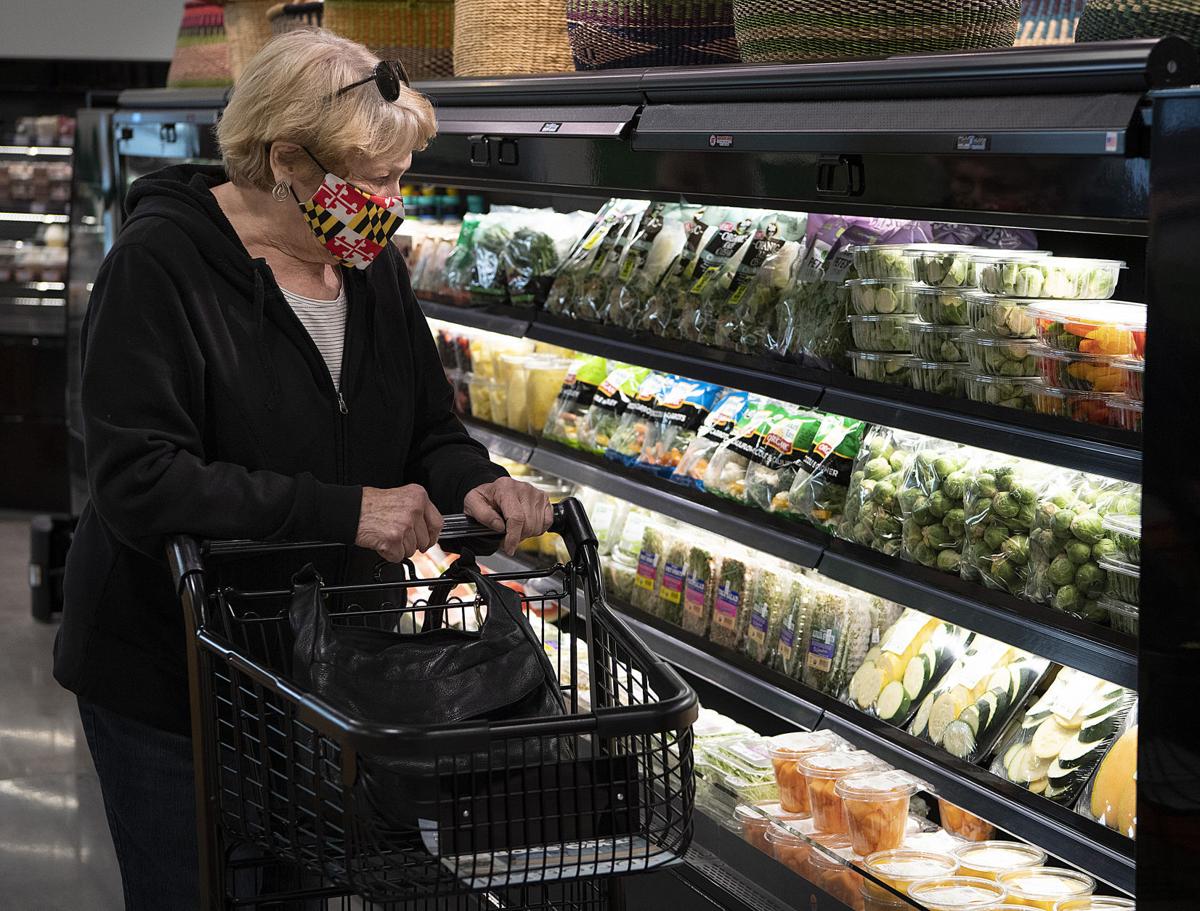 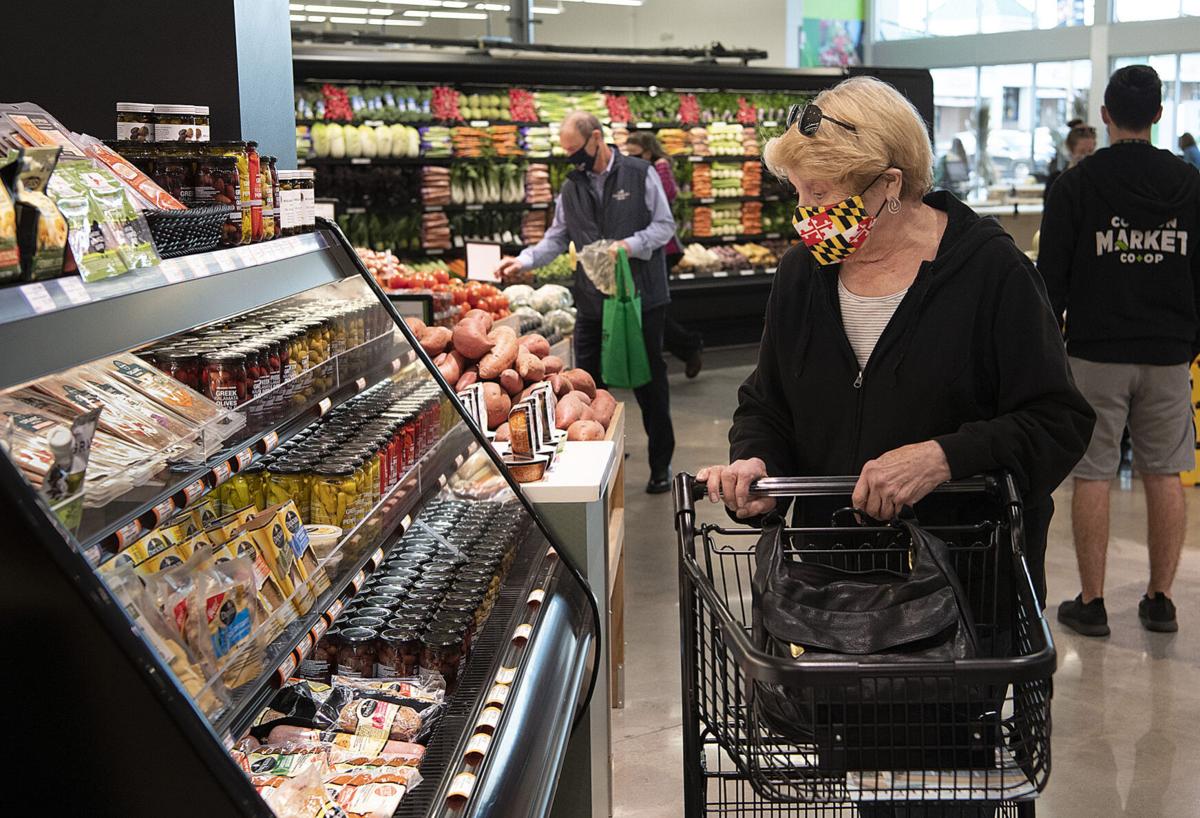 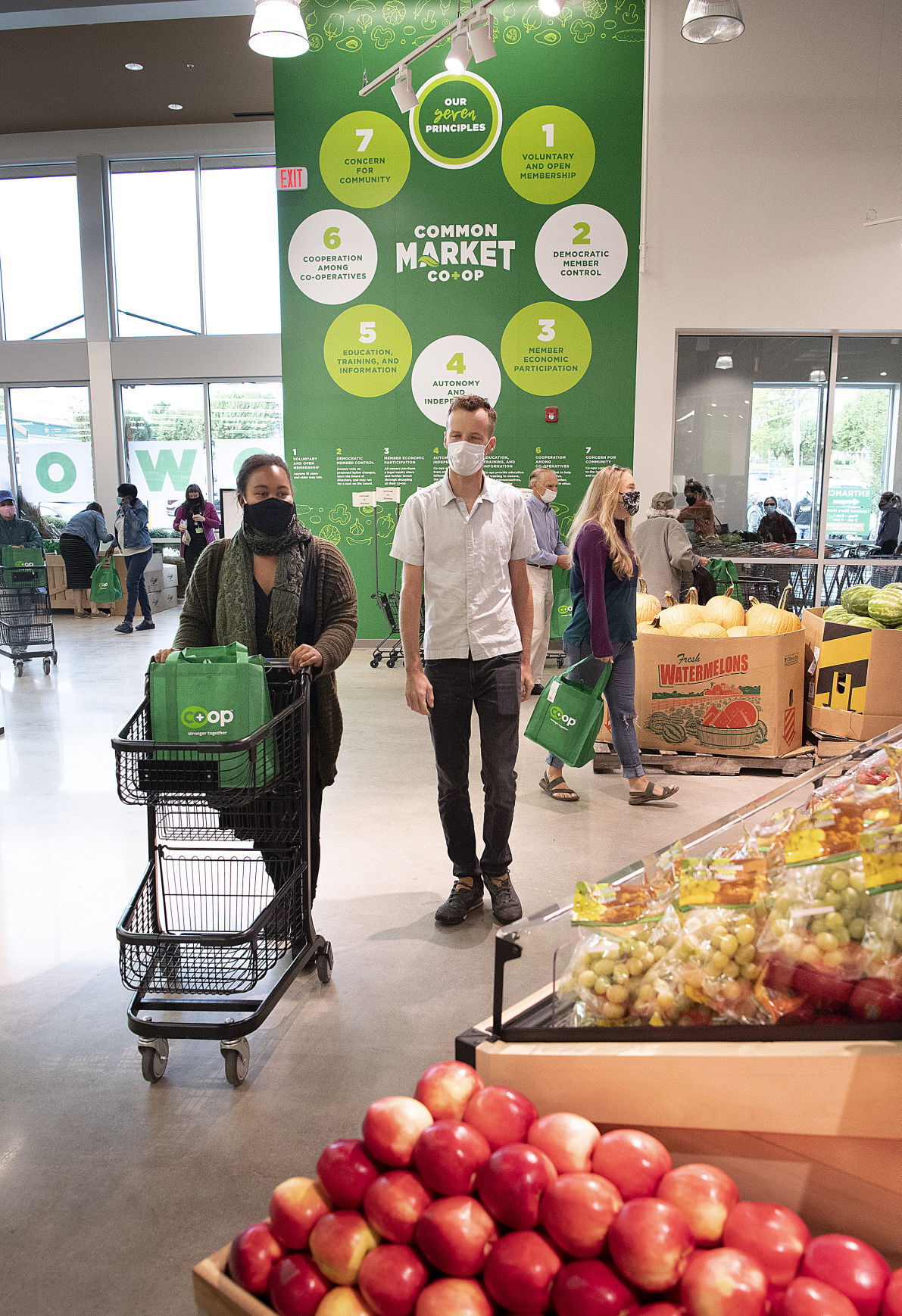 At the start of the COVID-19 pandemic, empty meat shelves were commonplace at grocery stores across the country, but Common Market Co-Op general manager Roman Diaz is proud to say that was never a problem.

Co-op shoppers now have access to a wider variety of locally-sourced meats at Common Market’s second location, which opened Wednesday morning on 7th Street in Frederick.

"There were some issues in some meat plants around the United States. And you will go to other grocery stores and you will see the whole meat shelf empty," said Diaz, who noted locally sourced meat may be pricier, but it’s more reliable. "Our meat shelves were never empty."

Dozens of shoppers gathered at 8 a.m. to get a first look at the store that has been years in the making.

The co-op's second location was supposed to open earlier this year, but construction delays and then the pandemic pushed the opening date back. Even before that, the second location had been an idea in the making for 10 years, said Annie Marshall, vice president of the Board of Directors. And now it's finally a reality.

"We're just so thrilled, thrilled with this hard-working staff, who've just had so much enthusiasm and passion ... creating this store in the middle of a pandemic," Marshall said. "It's just been incredible.”

The co-op collected $1.5 million from its shareholders in order to pursue the project. Now that it’s open, the store will provide about 70 new jobs to the community. Diaz said the store is still hiring.

The new location expands the Common Market commitment to locally sourced and organic goods. While the original location on Buckeystown Pike has a variety of offerings, the 7th Street location is much larger, with wider aisles and many more options.

It's something Carol Runion appreciated about the new store. She is an owner in the co-op and was excited to have the second location open much closer to her house.

"I can see they have room for a lot more stuff. So I’m investigating," she said as she looked around on Wednesday.

The bulk foods section, where shoppers can weigh out items like nuts, beans and rice in their own reusable containers, has expanded greatly. The new location features liquids like olive oil, maple syrup and vinegar. There's even bulk peanut butter.

Other sections that have greatly expanded are health and wellness, pet food and supply, meat and seafood, and cheese. Additionally, the in-store cafe serves a wide range of hot and cold foods, juices and coffees. The new cafe is called "The Common Table," a name created by a team member. The employees all got to vote on the new name, and The Common Table won.

"We always had the juices but now we have a full coffee bar with an espresso machine and everything," Diaz said.

Common Market is a cooperative where shoppers can opt to buy a share of the business. In a profitable year, owners will receive a dividend. Throughout the year, shoppers can use special discounts, vote for the board of directors, and more.

The cooperative is largely focused on sourcing local goods, as well as organic, all-natural and health-centric items. The commitment to sourcing local also applied to the buildout of the 7th Street location, which utilized local contractors, architects and financiers to come together.

Marshall is looking forward to forming partnerships with Frederick Health Hospital and North Frederick Elementary, which are both nearby. Diaz has already created a deal for Hood College parents, who can buy gift cards for their children at reduced prices.

The Common Market also fills a need in the immediate neighborhood, which has not had a grocery store since Safeway closed at that location in 2018. Patricia Rightenour lives nearby and was the first person in line. A self-proclaimed early bird, Rightenour wanted to see what Common Market was all about.

But she doesn't drive, and has had a hard time finding groceries since Safeway closed. She switches between taking the bus, asking for rides and ordering grocery delivery online. She's thankful that there's an option nearby if she needs to grab something.

By the way, I was not aware that one had to be part of a particular neighborhood to shop somewhere. I have shopped at the old Buckeystown location next to folks from West Virginia, Pennsylvania, and New Jersey.

I looked up the address on Google as I wanted to put it in my phone. It is 927 West 7th Street, Frederick, MD 21701. The phone number is the same as the original store: 301.663.3416. You will be asked to dance your way through a menu to get to the 7th Street store; I advise you to remain patient. It took me four call backs to get it to work. Please remember that the phone process is going through the glitches of newness. So now perhaps all of the rudeness and judgement can stop.

Rudeness and judgement toward the FNP or to the posters or both? Also, why would we want to call the store? Do they offer takeout/curbside delivery?

stories are suppose to be : who, what, why, when, WHERE!

Where? Is that what the article about ? The “ 7th Street location opens to delight of shoppers”

If you don’t know where the 7th Street Safeway used to be, it’s not your neighborhood.

Most Fredericktownians know where 7th St is, but yah it probably should have specified it is near downtown Frederick - for those who didn't read the other FNP articles on the new store.

they always leave out the address on stories

Article is missing one thing - the address.

"geez...been under a rock?" Greg F? Maybe the person just moved here, or maybe they live in another town and want to come to this store, ever think about that? Nah, of course you didn't, did ya?

Doctor Fed Up GregF just likes to have something to be ugly about. I wonder if he knows where Safeway was on 7th before the location in question now?

I doubt it, bosco. Some people bi*ch just for the sake of bi*ching. They don't like to think things through because thinking makes their heads hurt.

Get a map or google it

It's not like 7th Street is very long. It's where the old Safeway was. If you've. been anywhere near it, you've seen the construction for quite some time.